The Blackberry Cove site was recorded before 1971 by the student archaeological teams working each summer in the John Day River drainage. The site is situated on private property and is not open to the public. 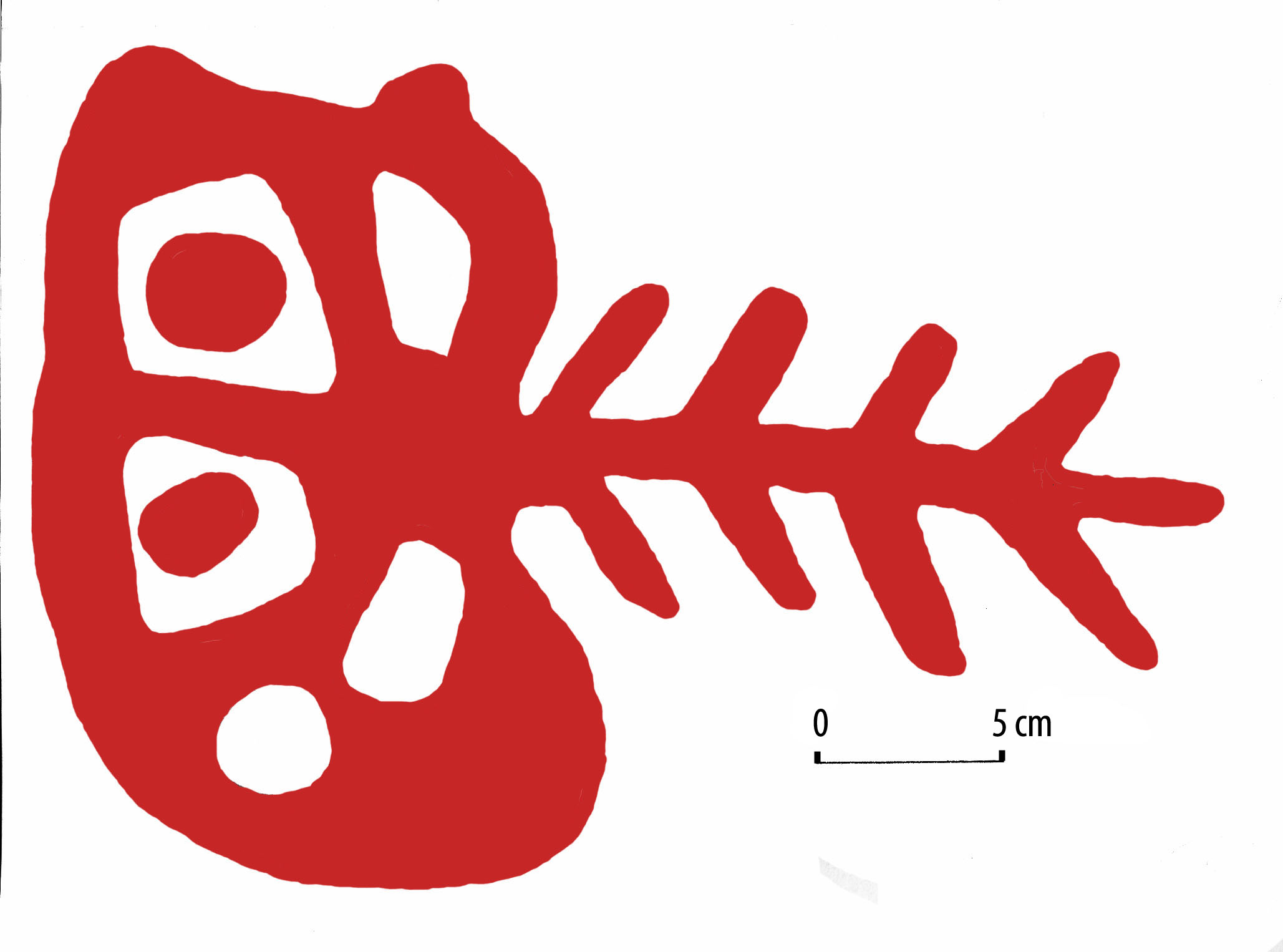 A red pictograph associated with a spring in an area called Blackberry Cove; a total of six pictographs were recorded at this site. I made a 1:1 copy of the tracing during the summer of 1971; the original tracing was stored at Camp Hancock in Fossil, Oregon. The tracing measures 24 cm long and 17 cm wide. My instinct is that the image should be rotated 90 degrees, but my notes clearly indicate that the original tracing shows the pictograph as oriented horizontally. The research was under the direction of the Oregon Museum of Science and Industry. 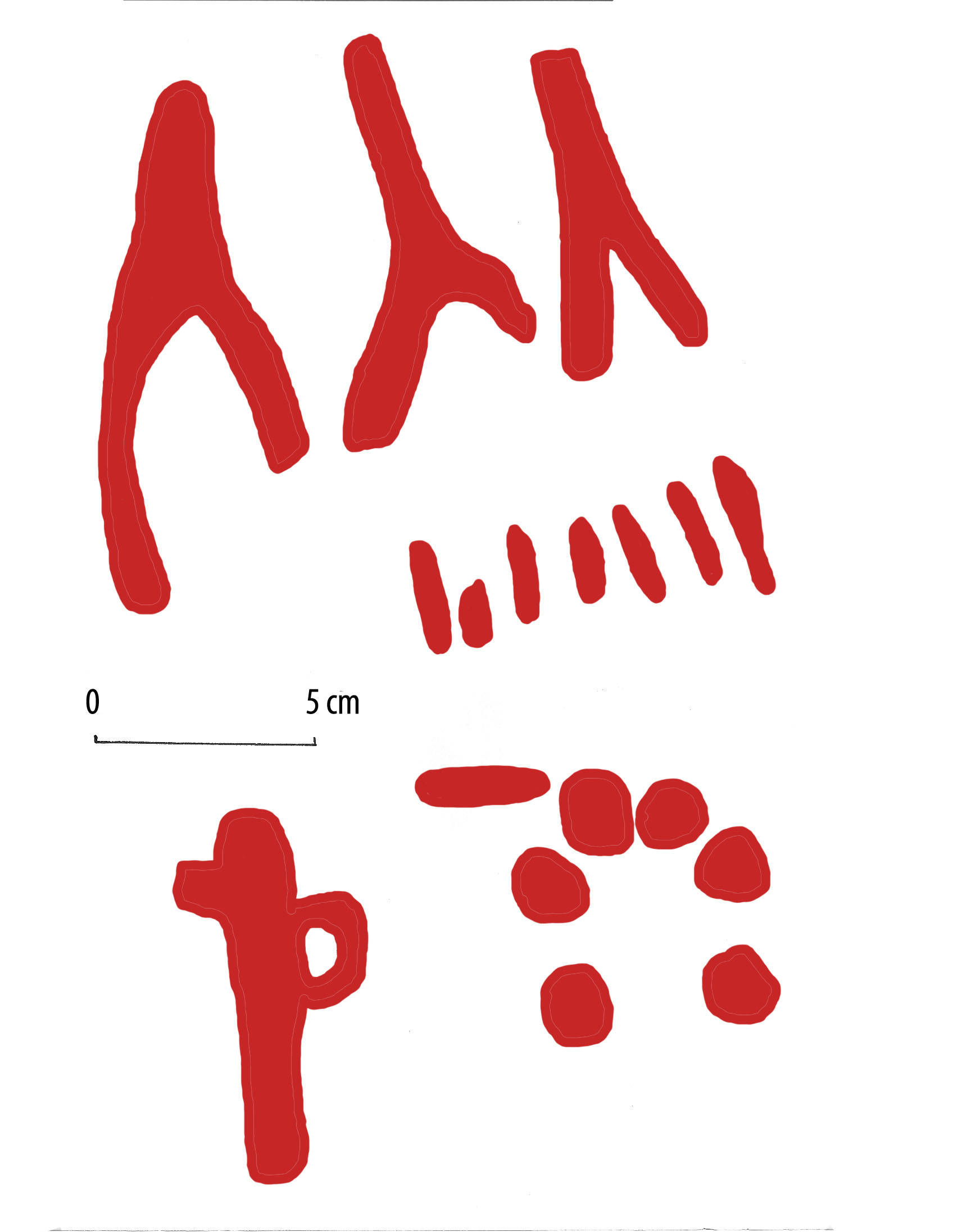 Other pictographs at the Blackberry Cove site.