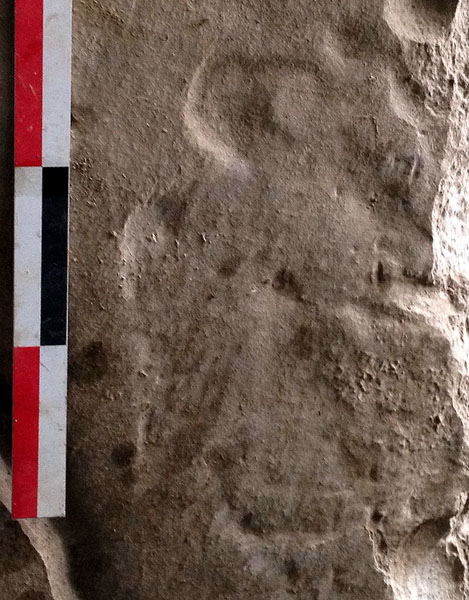 Bushnell Ceremonial Cave is a petroglyph site inside of the mouth of a small cave in Ste. Genevieve County, Missouri. The site is situated on private property and is not open to the public. A spring issues from the mouth of the cave. The cave is within a half days walk of the Commonfield Mound site. 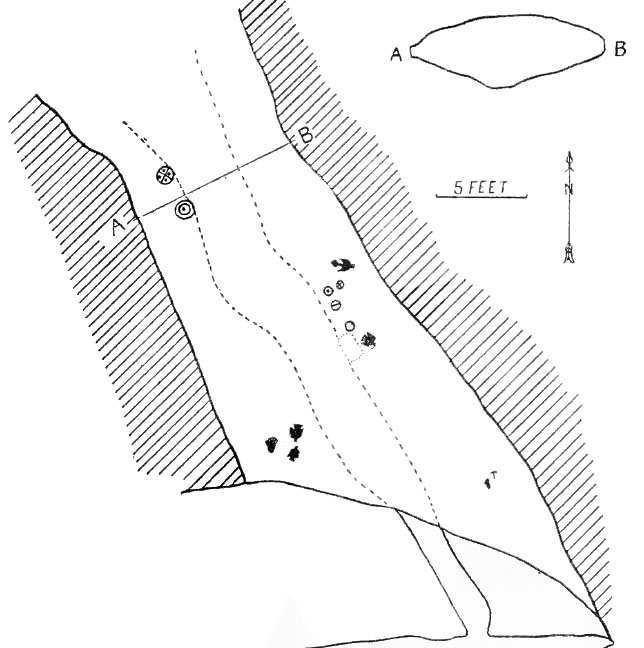 Map published by Bushnell (1914:Figure 6) of the petroglyphs visible at the beginning of the 20th century. The original ASM (Archaeological Suvey of Missouri) site report was submitted by Frank Magre; the form is undated and probably belongs to the 1950s. An update form was submitted in 1987 by Greg Fox and Teresita Majewski; they could only relocate 3 petroglyphs. 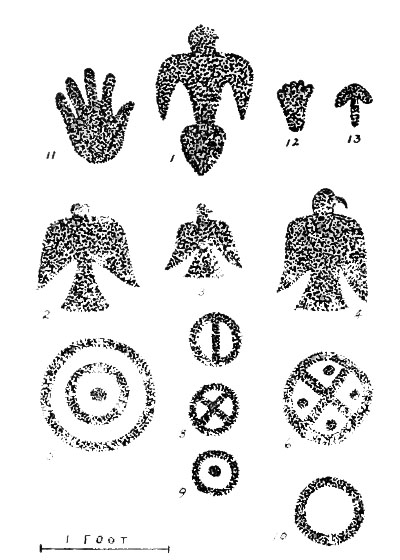 Bushnell's (1914:Figure 6) drawing of the petroglyphs he could recognize. Diaz-Granados and Duncan (2000:15) identified a brief discussion of the site in a report in the Missouri Historical Society's meeting minutes of 18 September 1883. Bushnell cited an earlier report from 1861 in the Ste. Genevieve County Plaindealer. 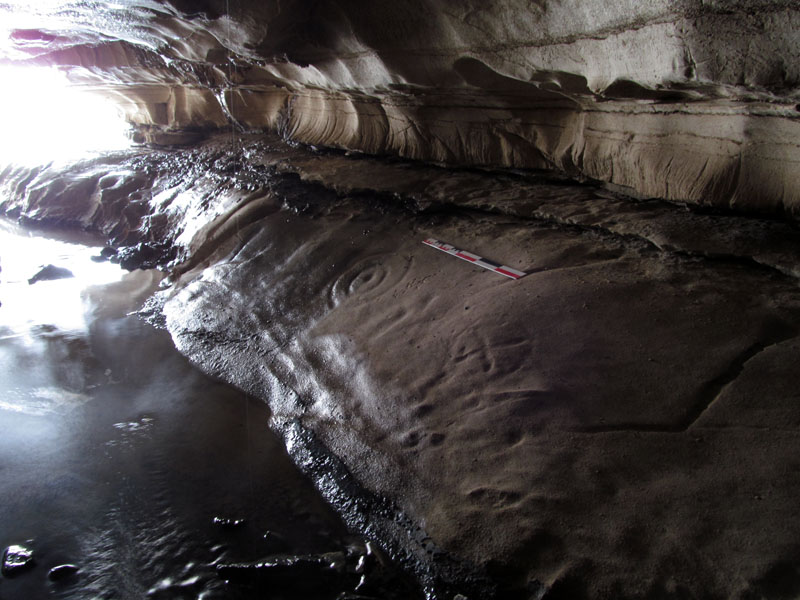 View from the back panel (deepest in cave) to the entrance. 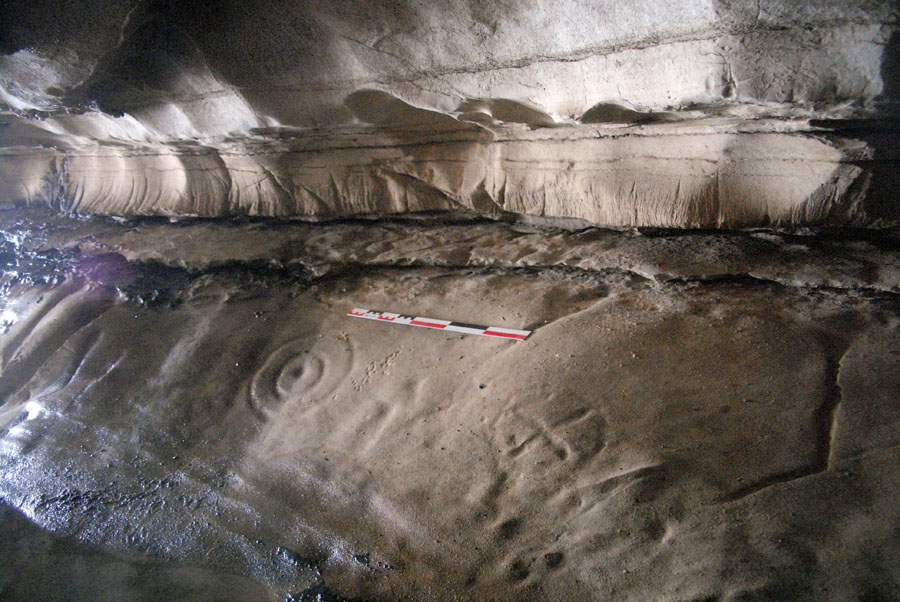 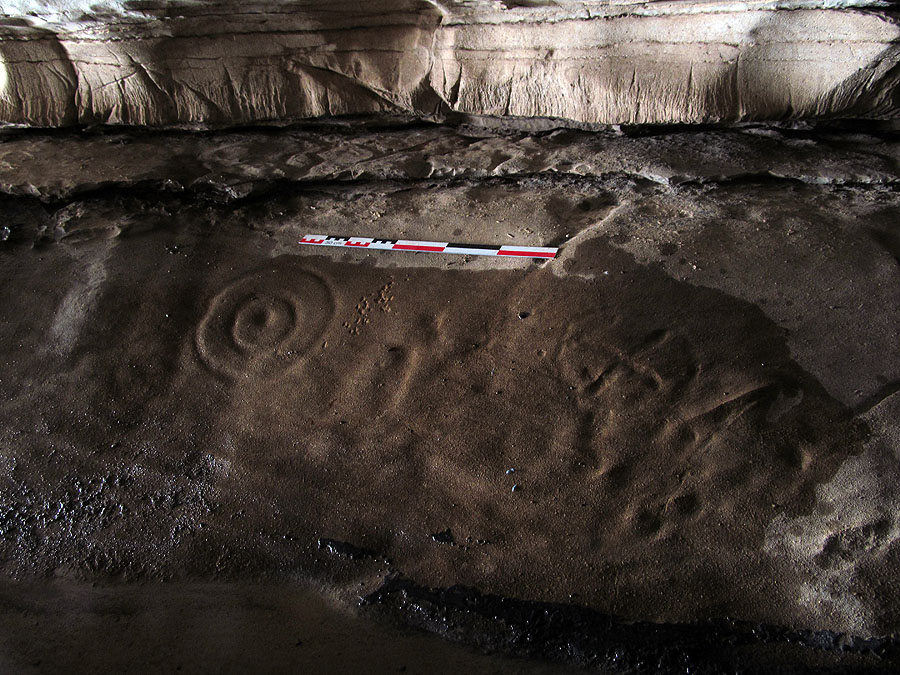 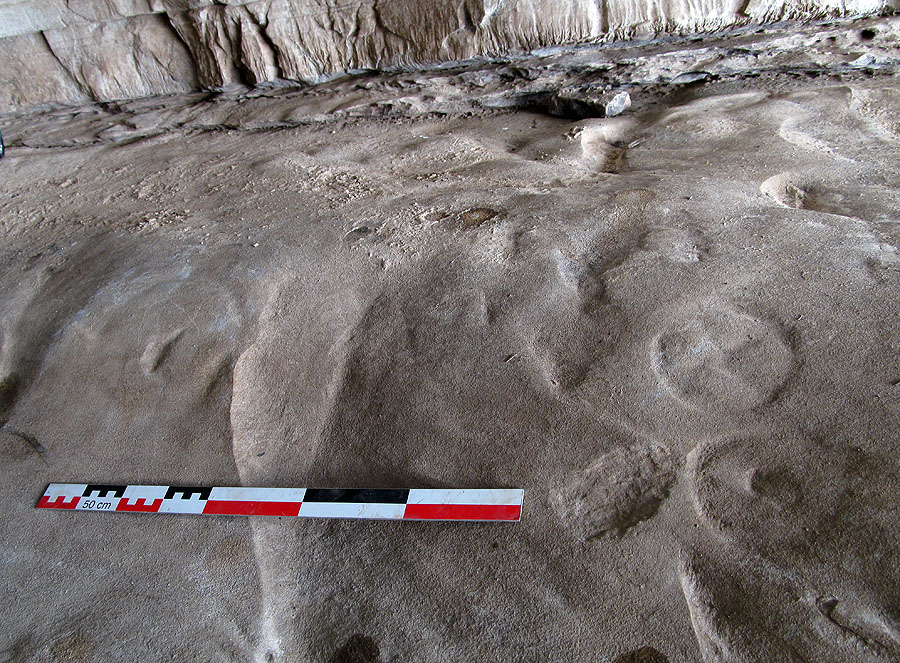 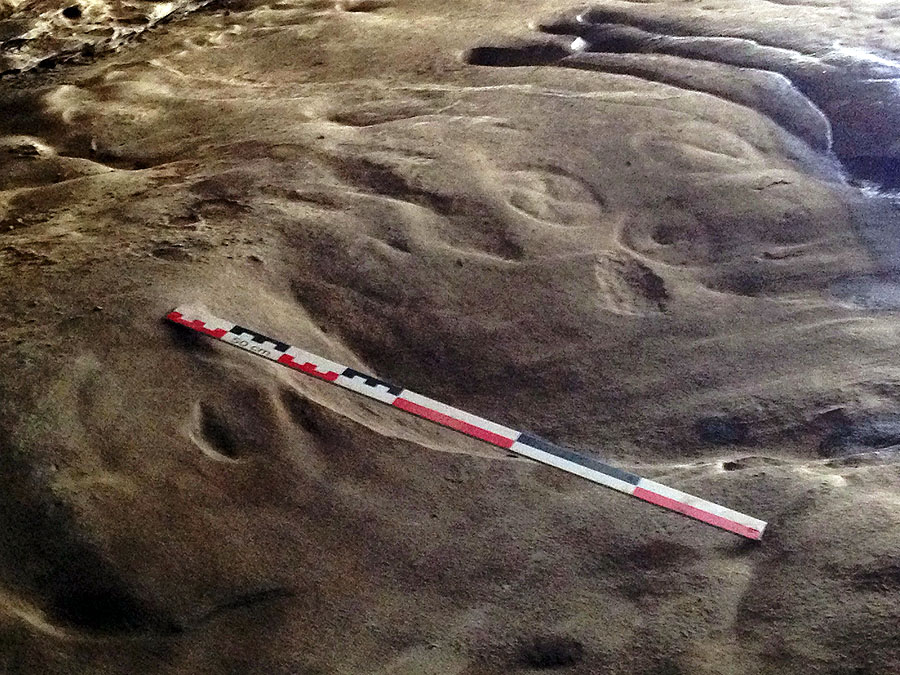 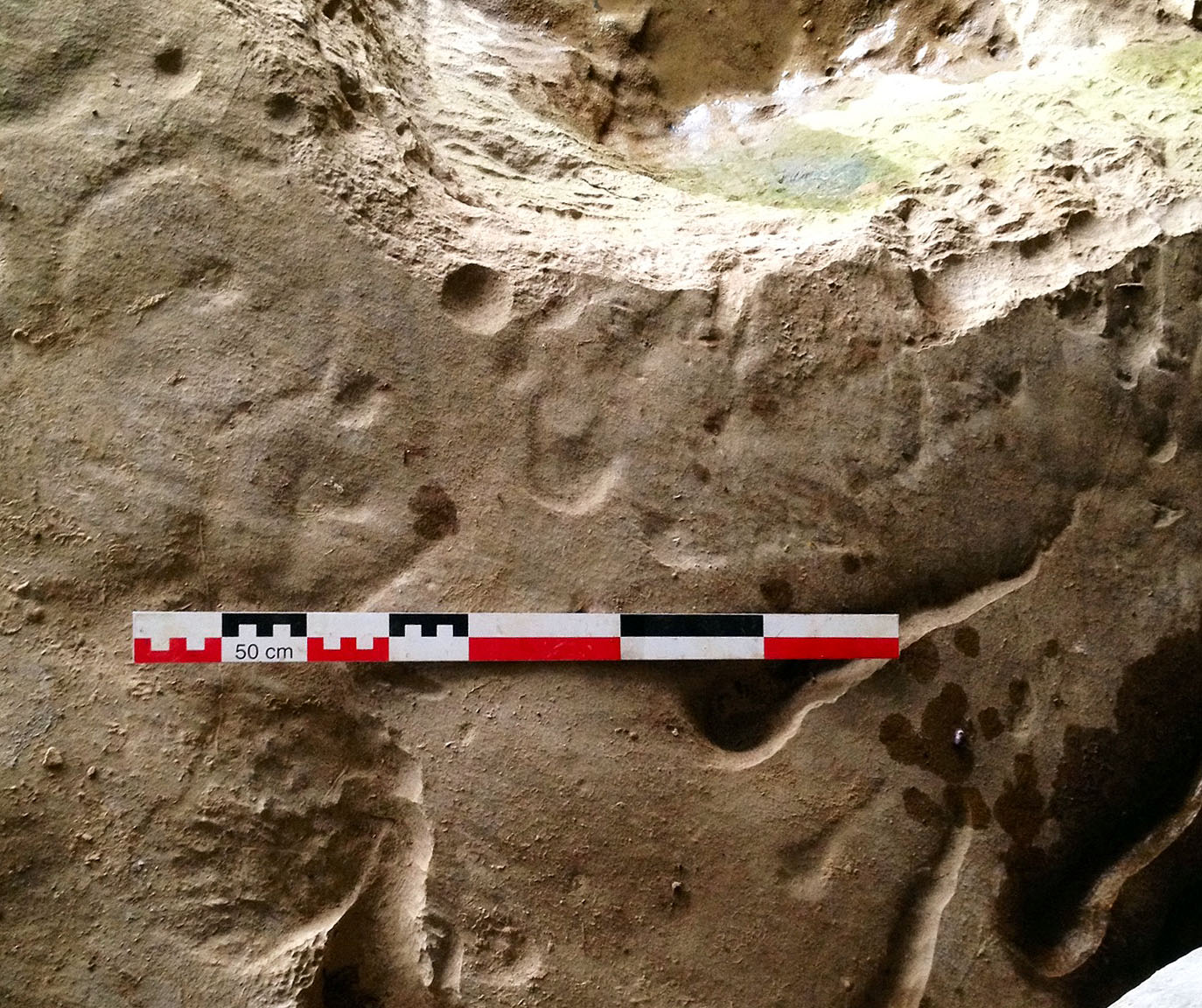 More of the Middle panel at Bushnell Ceremonial Cave. The bird is Bushnell glyph 4 and measures 29.5 cm in length and 21 cm in width. The circle with dot center was not recorded on Bushnell's plan; it measures 17 cm in diameter. 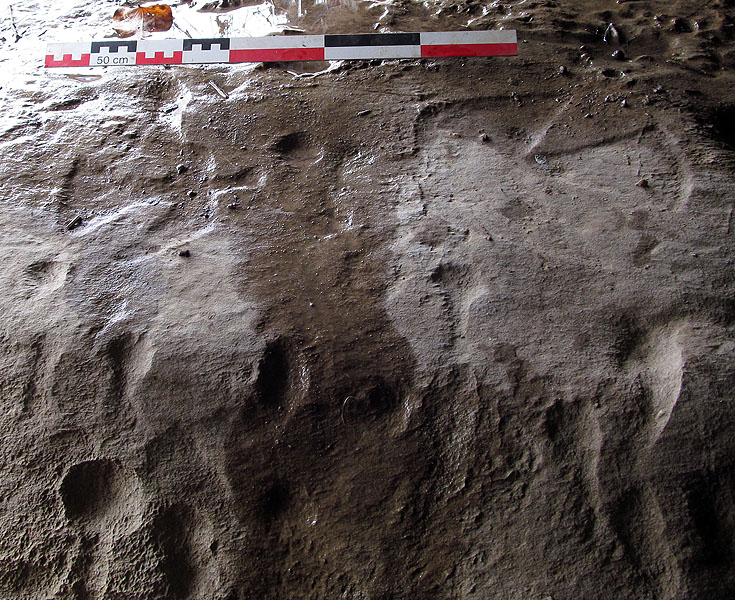 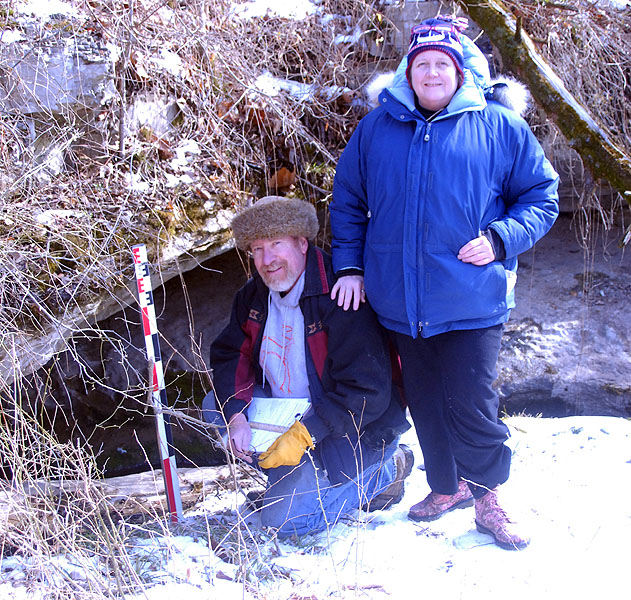 Michael and Neathery Fuller at the entrance to Bushnell Ceremonial Cave.