These images are from the Museum at the Roman fort in South Shields, England. 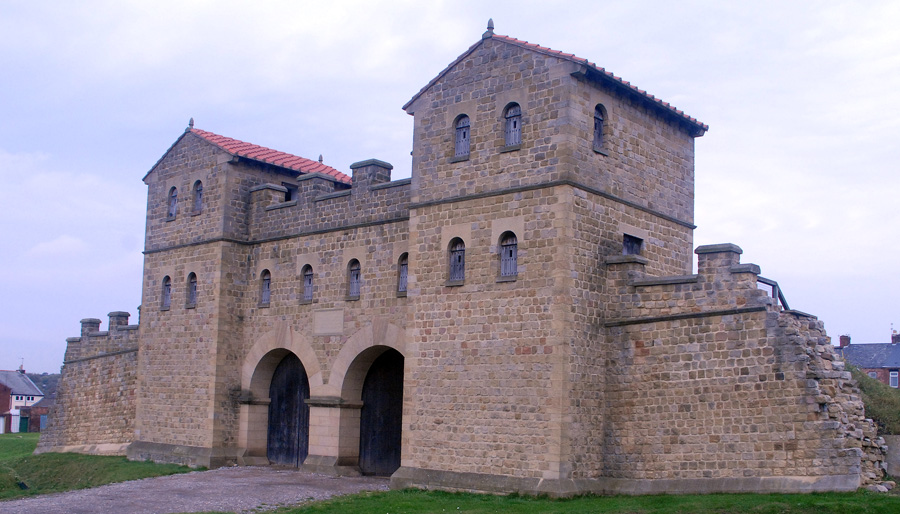 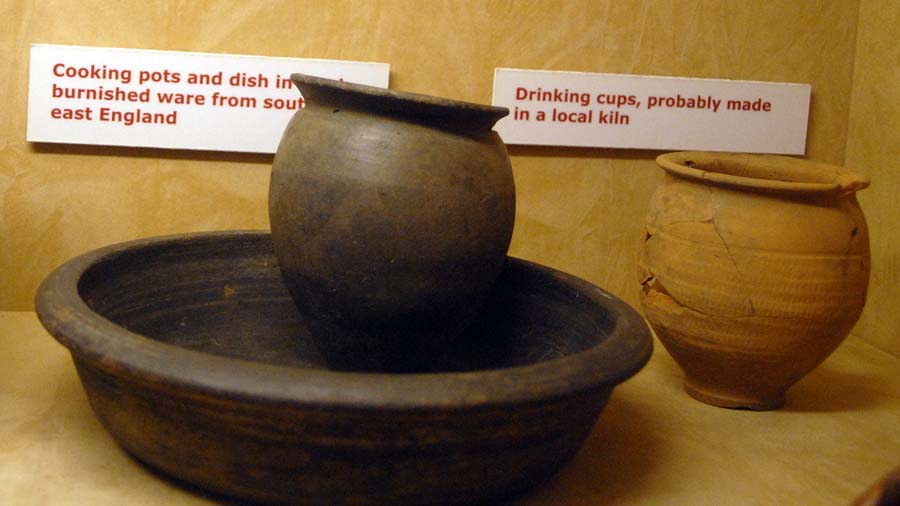 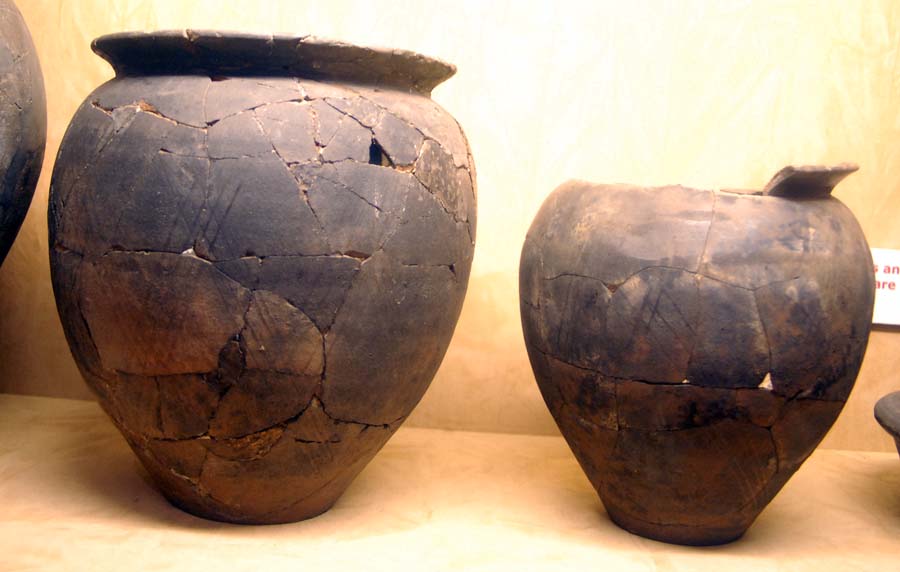 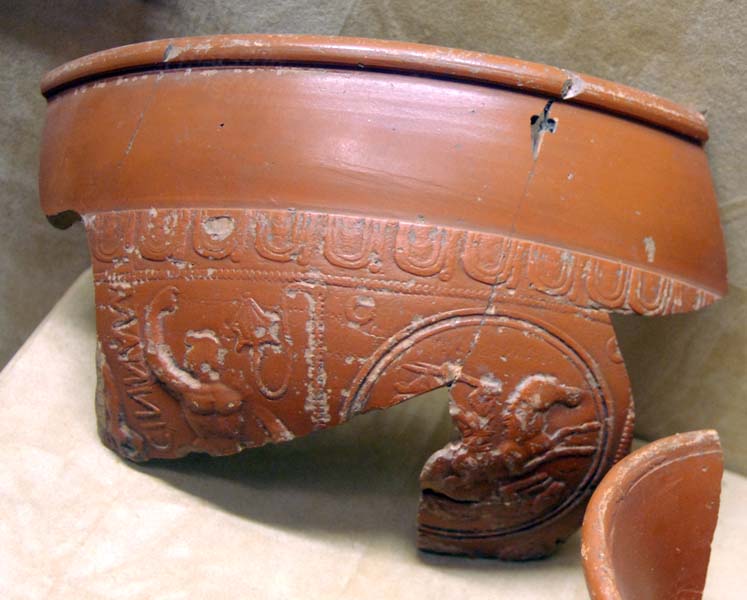 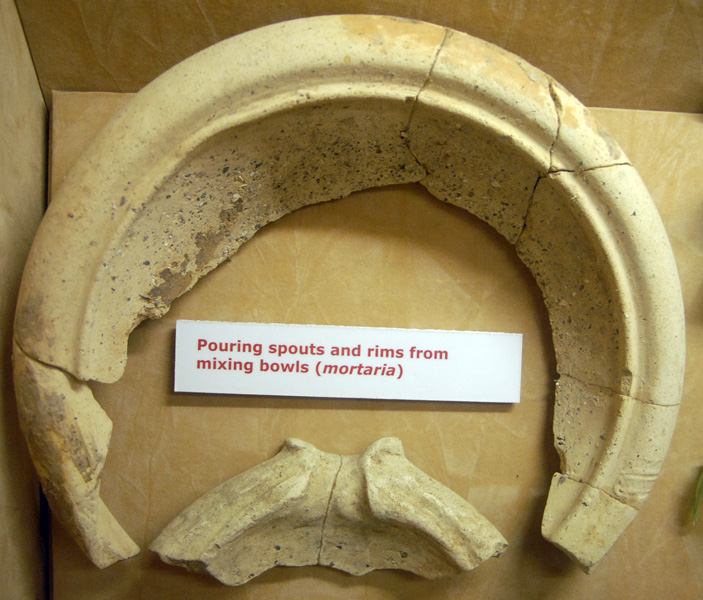 Rim and spout to a mortaria (mixing bowl). 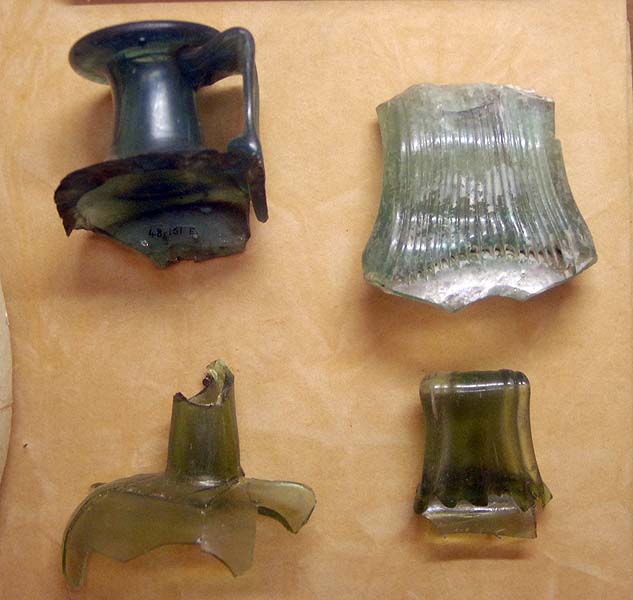 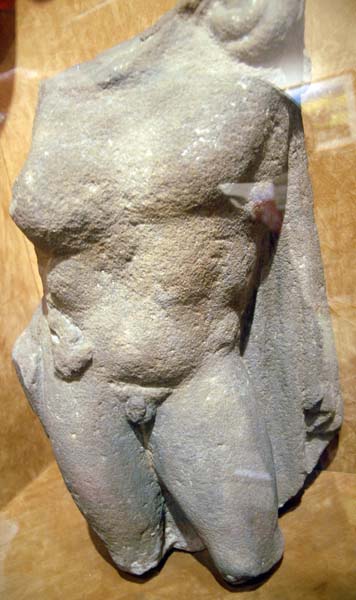 Stone statue of the Mercury. 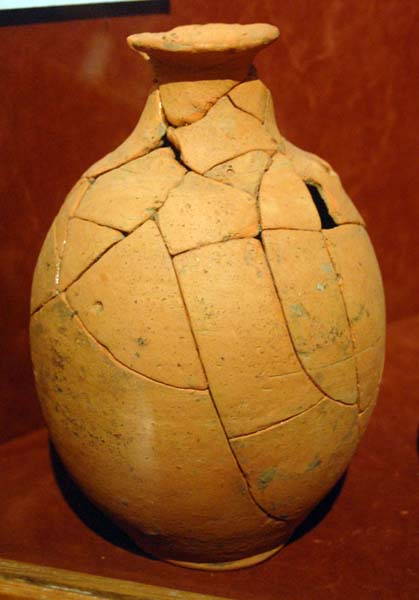 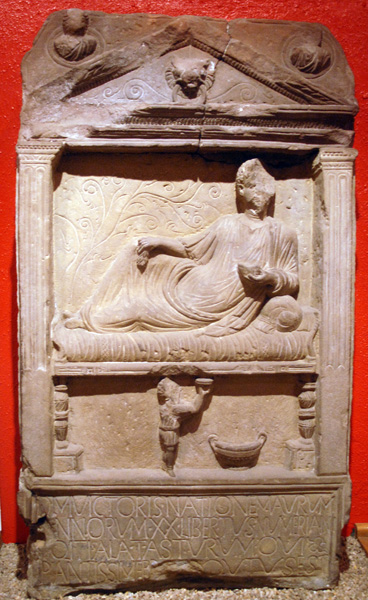 Tombstone of Victor dating from the second century AD; the style of the tombstone imitates Palmyra in Syria. The inscription says: "To the spirits of the departed (and) of Victor, a Moorish tribesman, aged 20, freedman of Numerianus, troop of the First Cavalry, Regiment of Asturians, who escorted him to his tomb with great devotion." 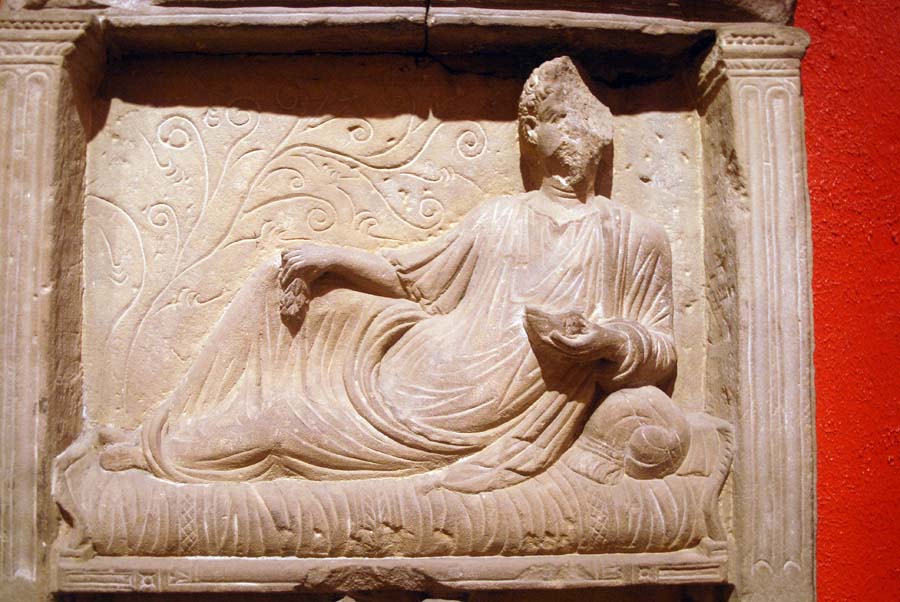 Detail of the tombstone of Victor. 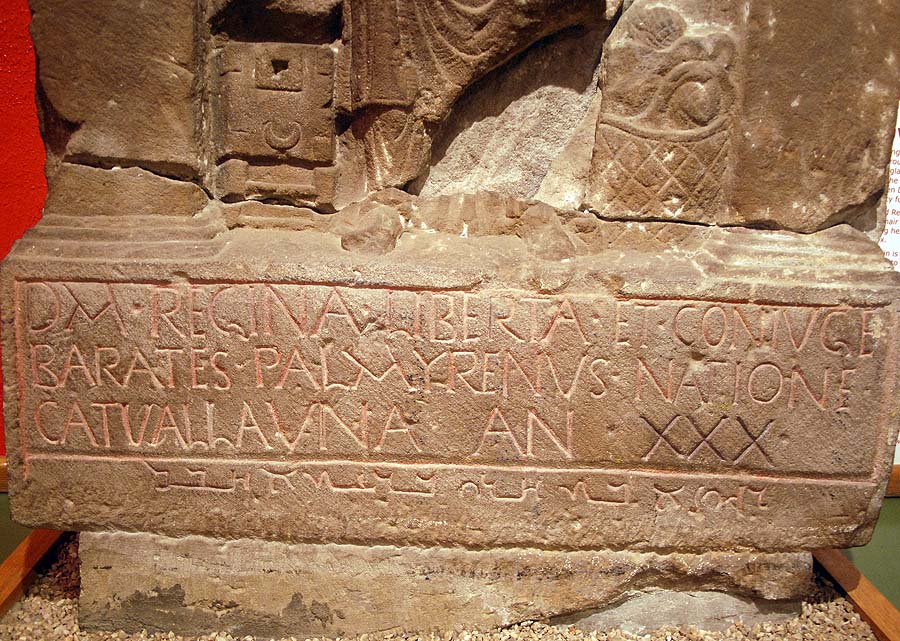 Tombstone of Regina with both Latin and Palmyrene inscription. 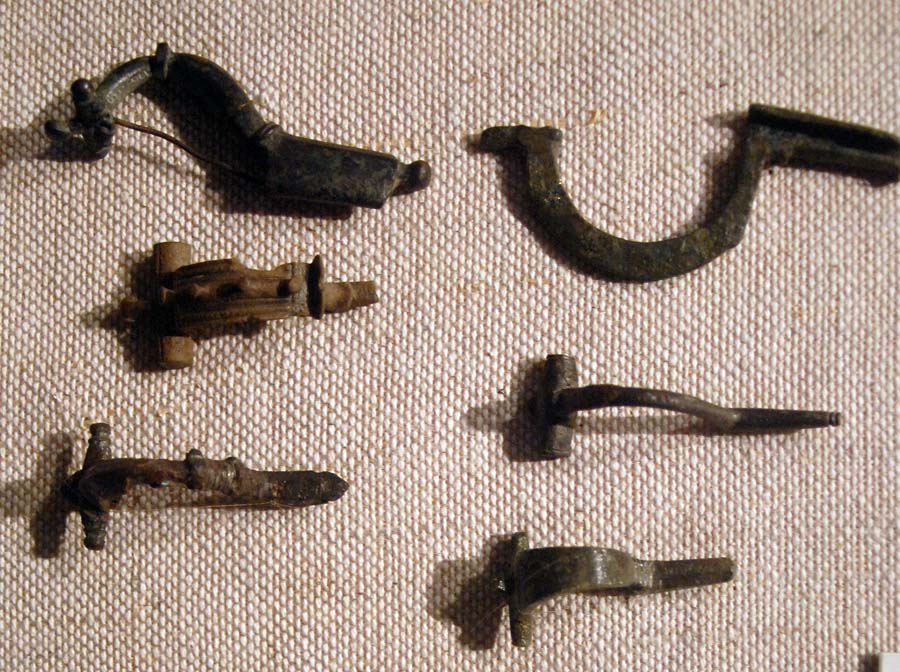 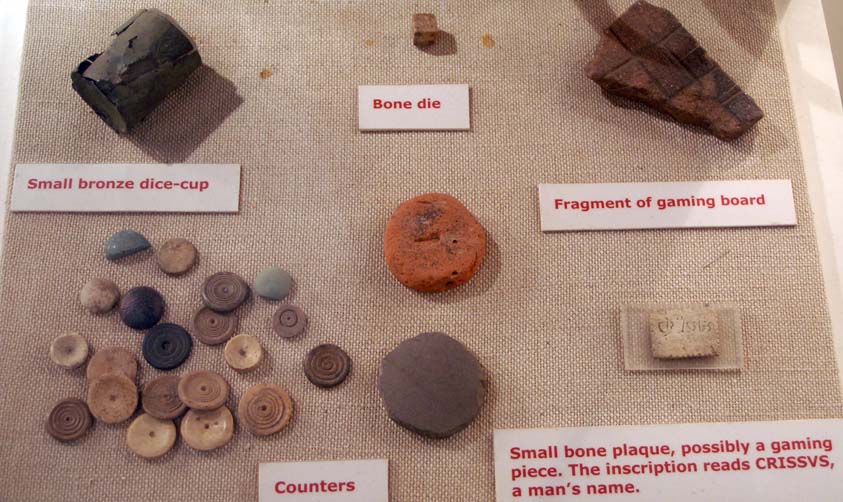 Small cast metal statuette. The figure on the right represents a priestess holding a patera (offering dish) in her right hand. 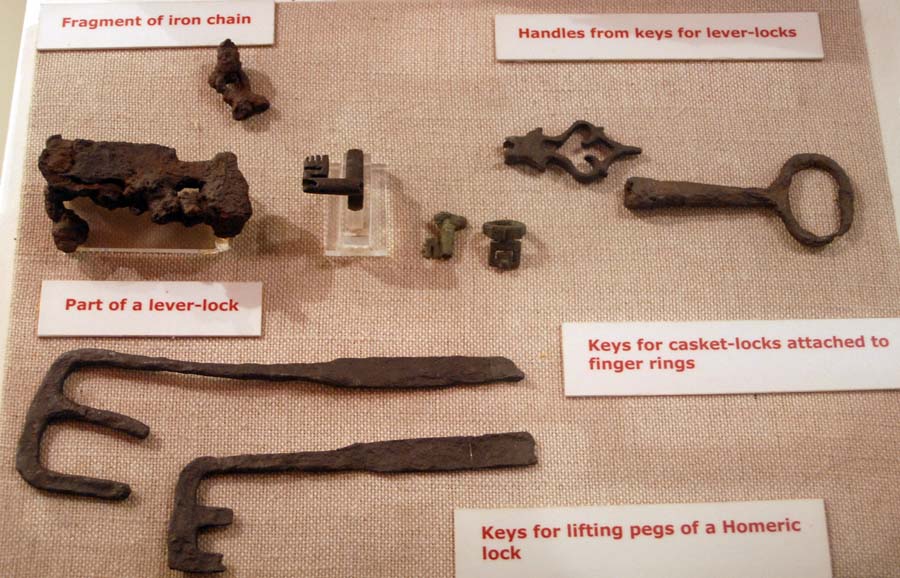 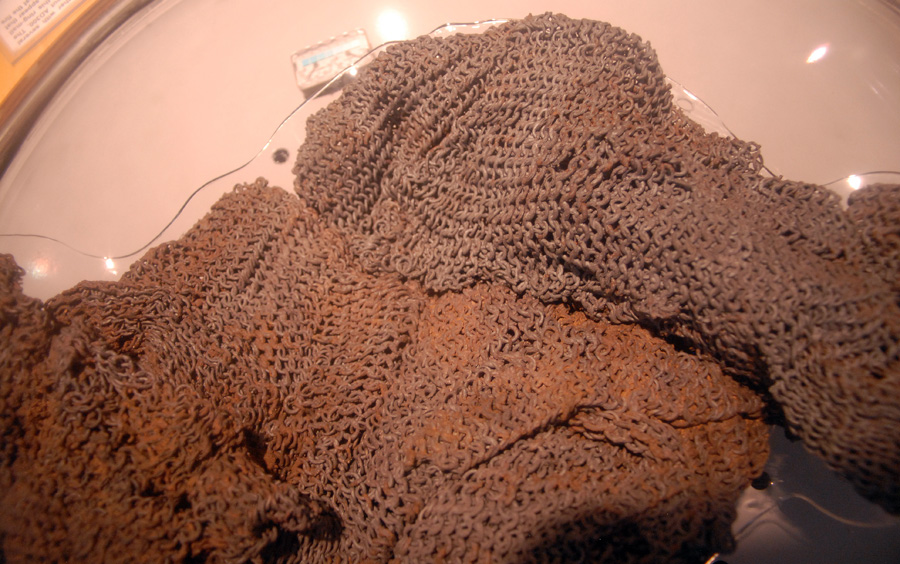 Rusted iron chain mail discovered in 1997 inside a barrack block in the South-East corner of the fort. The chain mail was found lying in a fallen heap on the floor of a junior officer's room as the Eastern end of the Barracks. 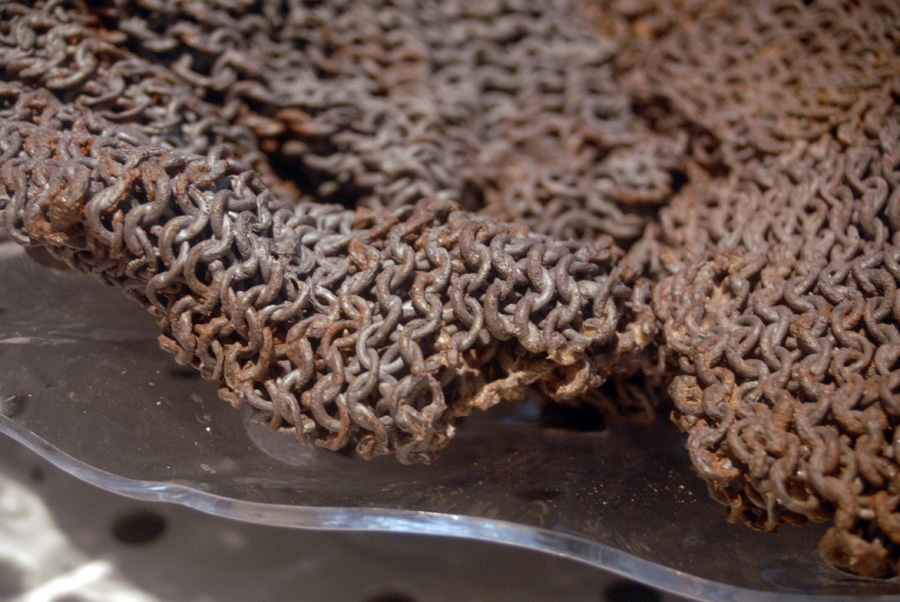 Closeup of the chain mail. The links measure 7 mm across and are riveted. 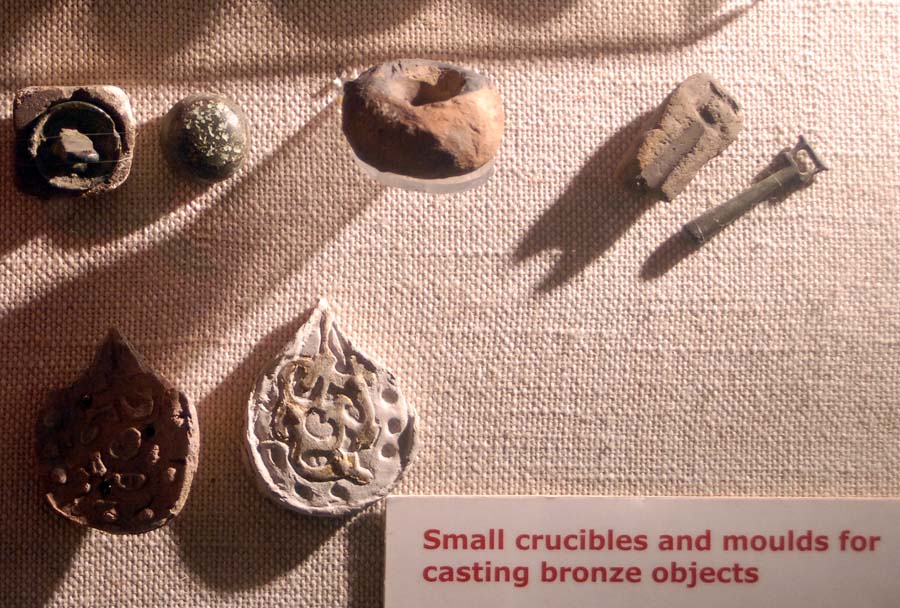 Molds for casting bronze artifacts inside the fort. 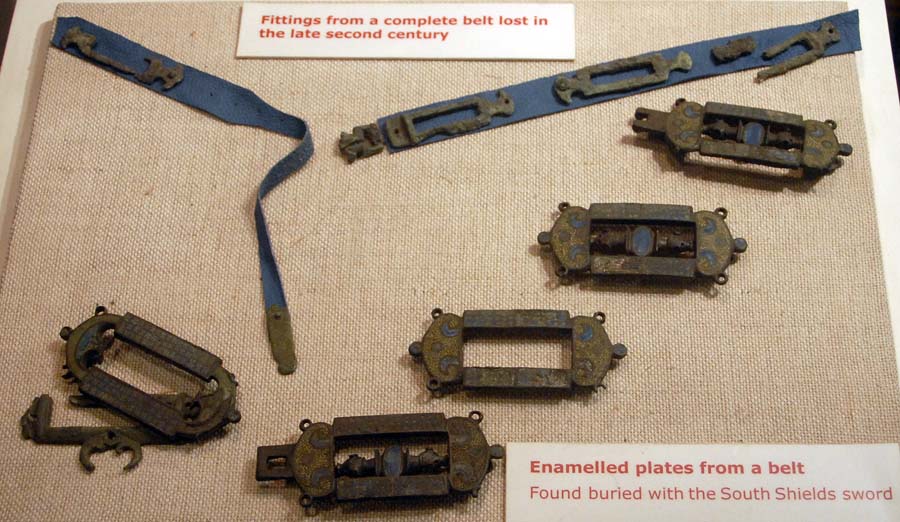 Cast metal pieces for a belt. 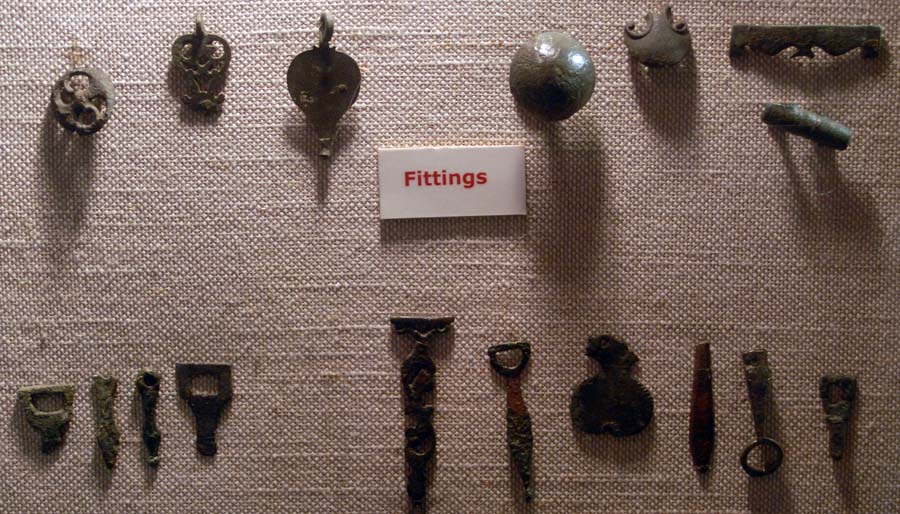 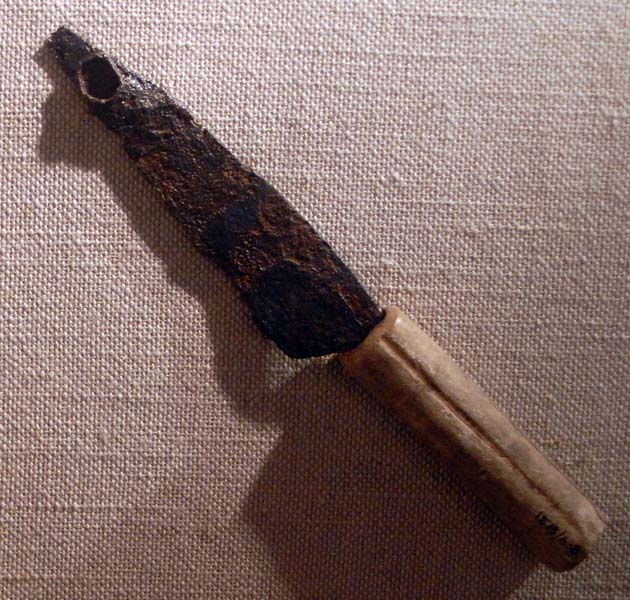 Iron knife with a bone handle. 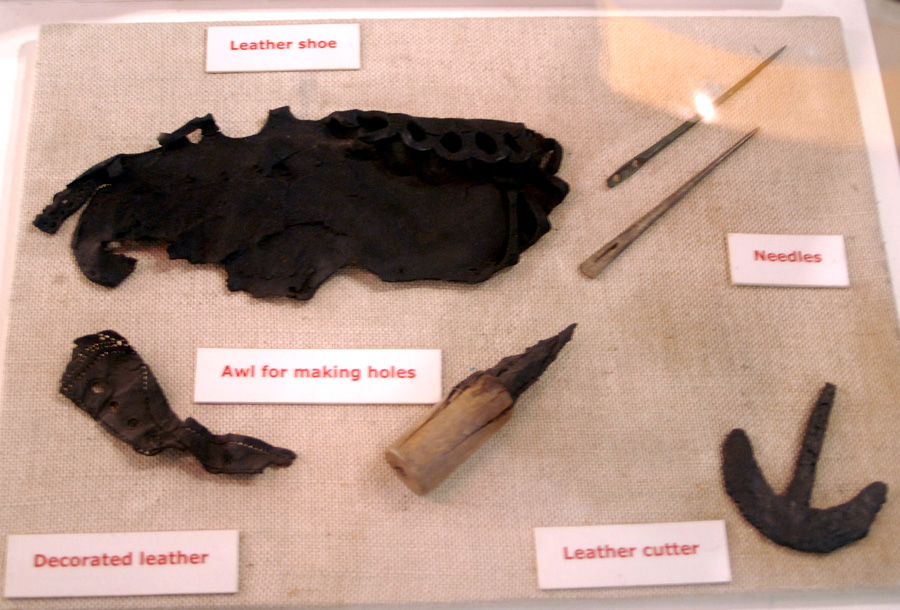 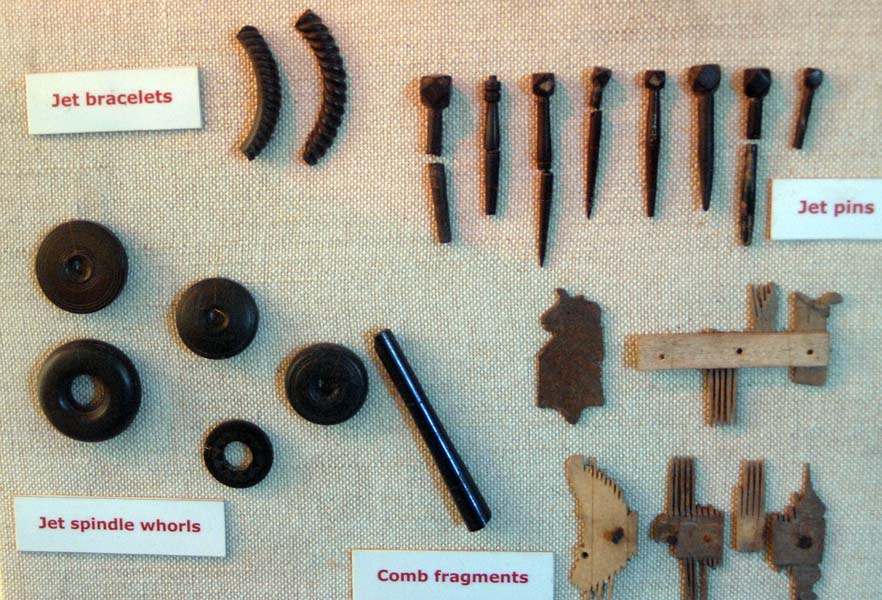 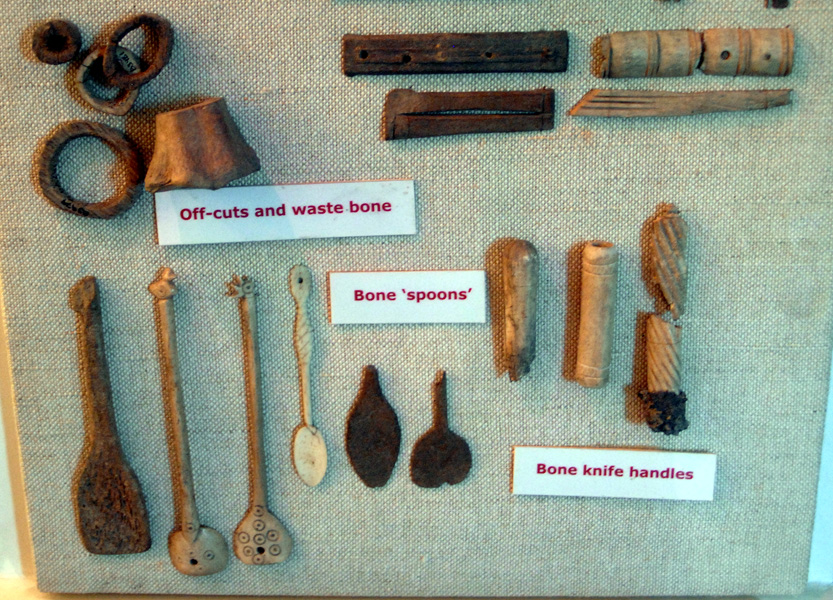 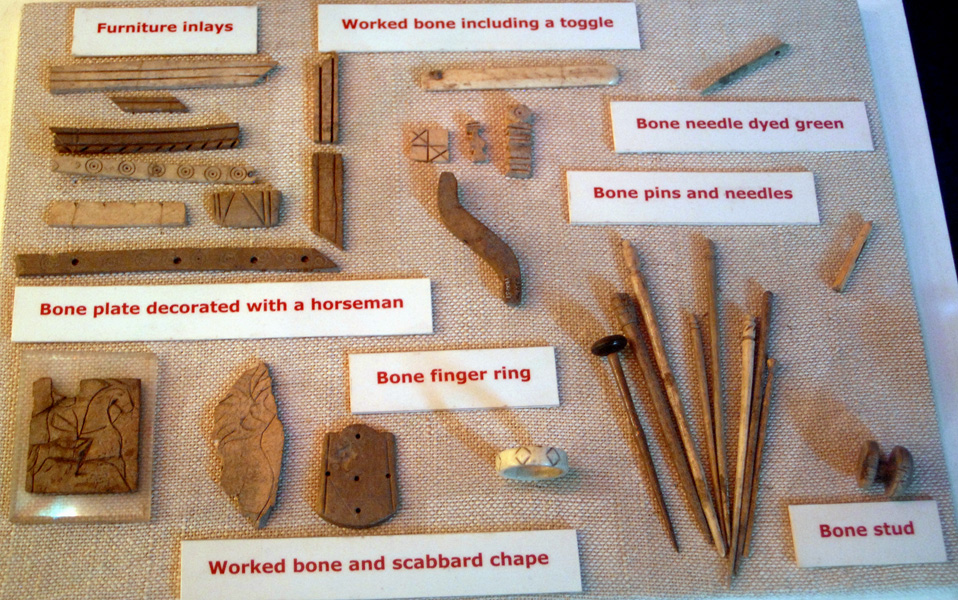