The Dawson Mounds Site (23BO9) is not open for visitors without the express permission of the landowner. The site was revisited by archaeologists from the University of Missouri - Columbia and registered as 23BO9 with the Archaeological Survey of Missouri on 7 April 1936. Dr. Jimmy Railey (Washington University - St. Louis) revisited the site on 7 May 1999 and filed a new report with the Archaeological Survey of Missouri where he assigned the ASM number of 23BO1266 to the best preserved pair of mounds in the Dawson Mound group. Professors Michael Fuller (St. Louis Community College at Meramec) and Ralph Rowlett (University of Missouri - Columbia) revisited the site on 30 December 2006. 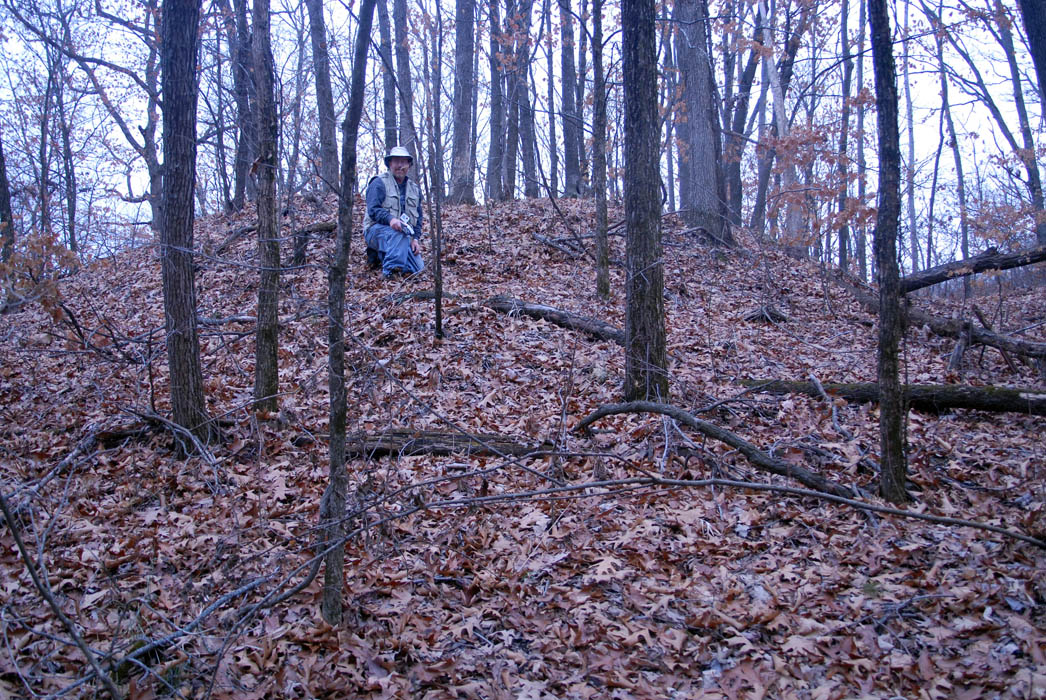 Professor Michael Fuller makes notes concerning the largest mound in the Dawson Mound group. Photograph on 30 December 2006 by Professor Ralph Rowlett. The cicular mound is 15 meters in diameter with a height of approximately 2 meters. The same dimensions were recorded by Dr. Jimmy Railey in his report during 1999. 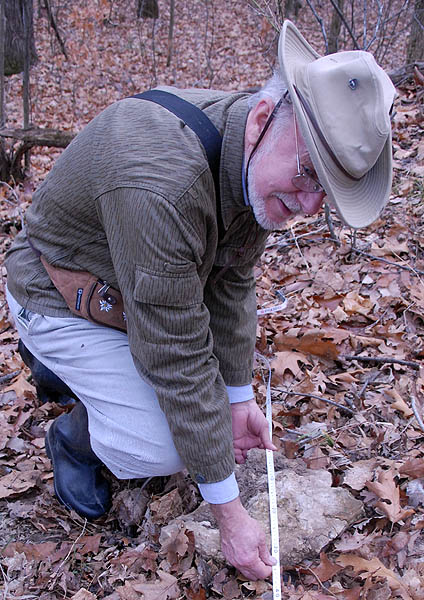 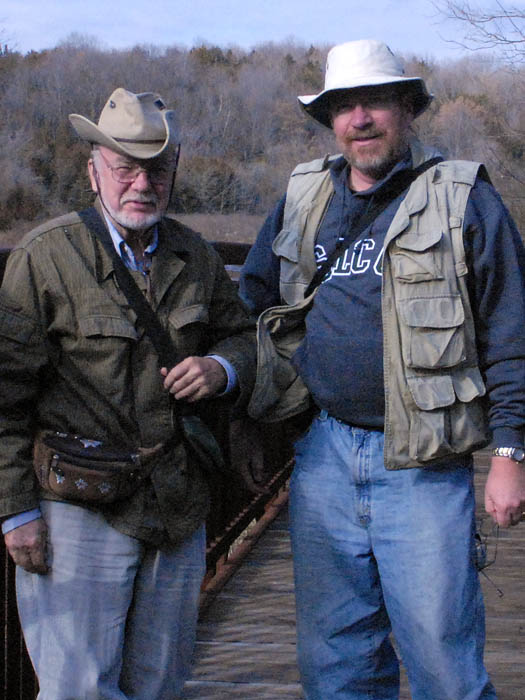