Fort Smith (23BN71) is situated slightly to the north and west of St. Joseph, Missouri. The fort was constructed in 1861 by the Union troops under Colonel Smith who commanded troops of the 16th and 52nd Illinois infantry. 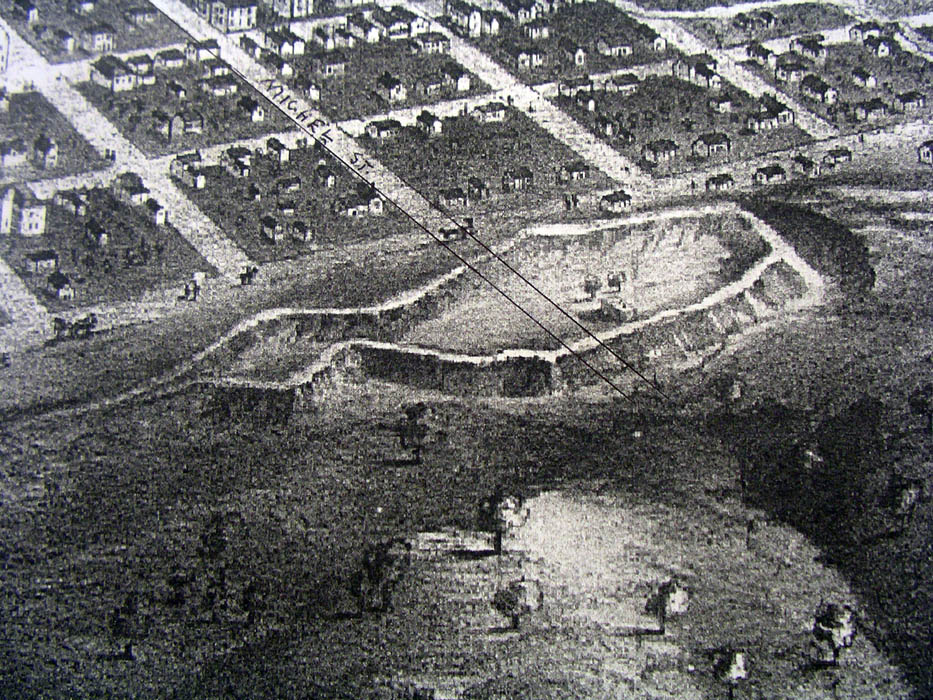 The troops raised a breastworks along the edge of the hill. The local name for the hill was " Prospect Hill" before the construction of the union fortifications. The site was defended by a dozen canons according to a period newspaper article. The canons of Fort Smith had a commanding view of both the city of St. Joseph and the Missouri River. The newspaper accounts describe the size of the regiment as 2500 troops. 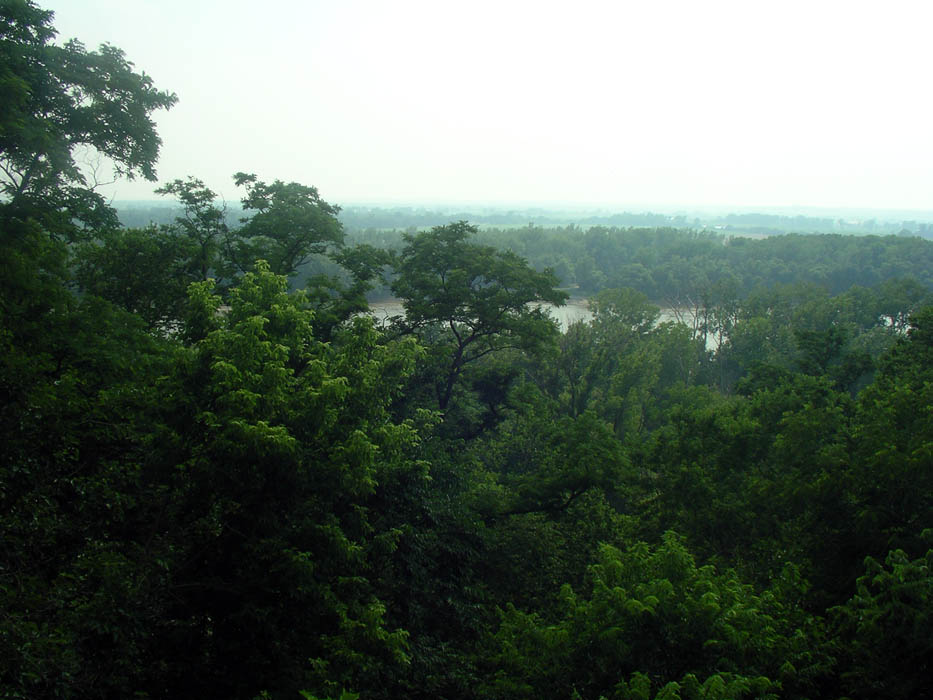 View of the Missouri River from Fort Smith in St. Joseph, Missouri. 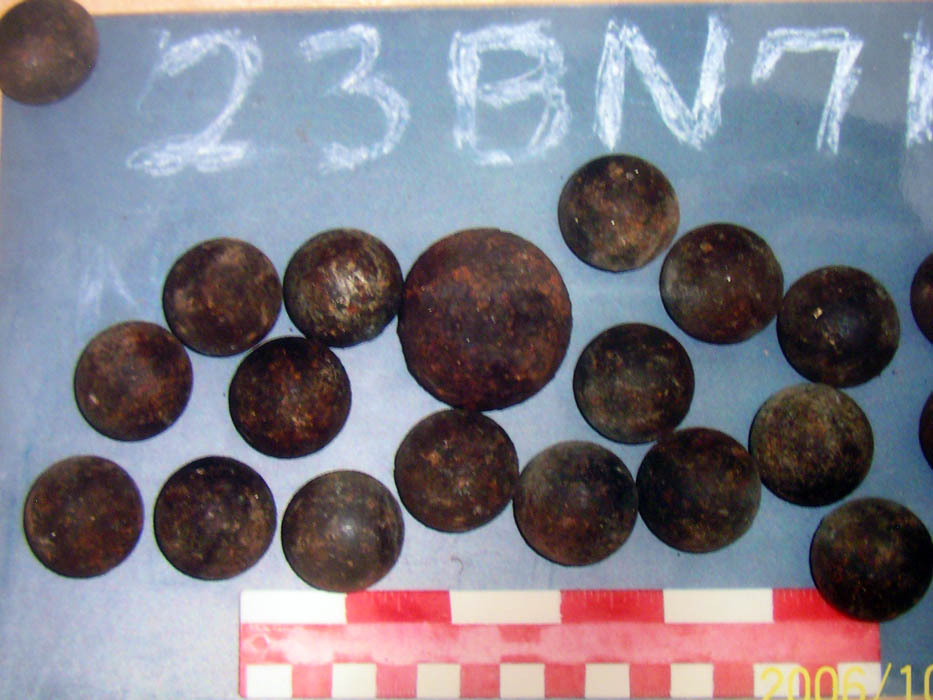 Scanned photograph taken by Michael Fisher of a collection of grapeshot in a private collection. Michael Fisher, President emeritus of the Missouri Archaeological Society, first visited the site in 2003 and could not see any evidence of the breastworks. Residents living near the fort have discovered grapeshot (medium size iron balls) and a bayonet. 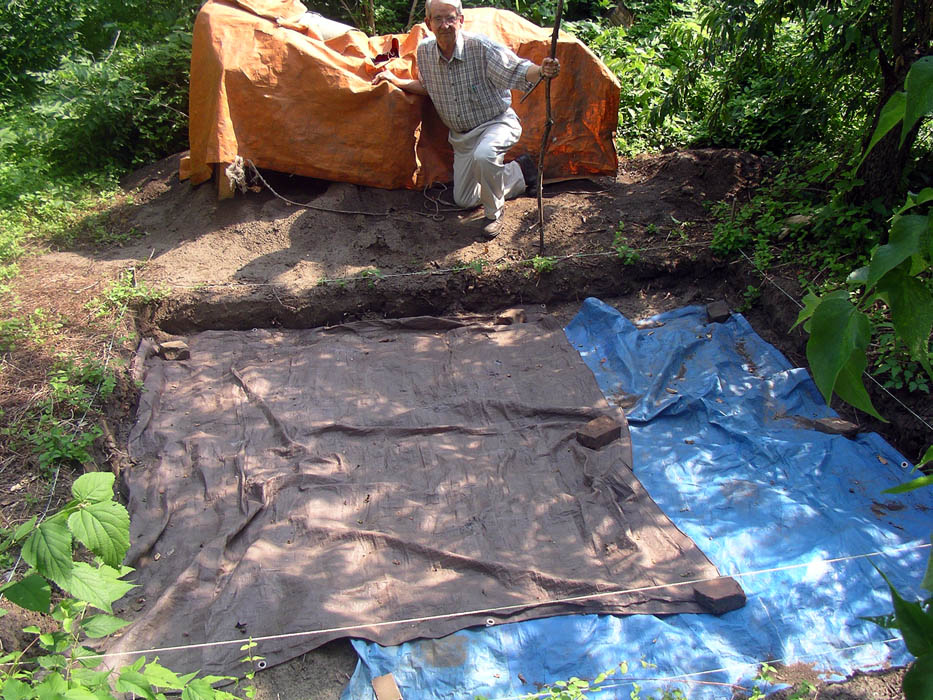 Michael Fisher conducted test excavations at the site during the summer of 2007. The test pits were tarped to retain moisture after the end of each day of excavation. 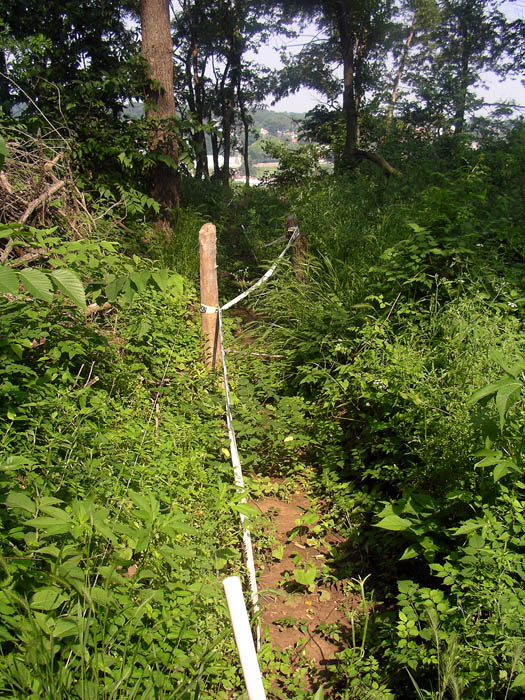 Test trench excavated on an east-west axis at the site during the summer of 2007. The purpose of the trench was to look for evidence of the fortification and related features. 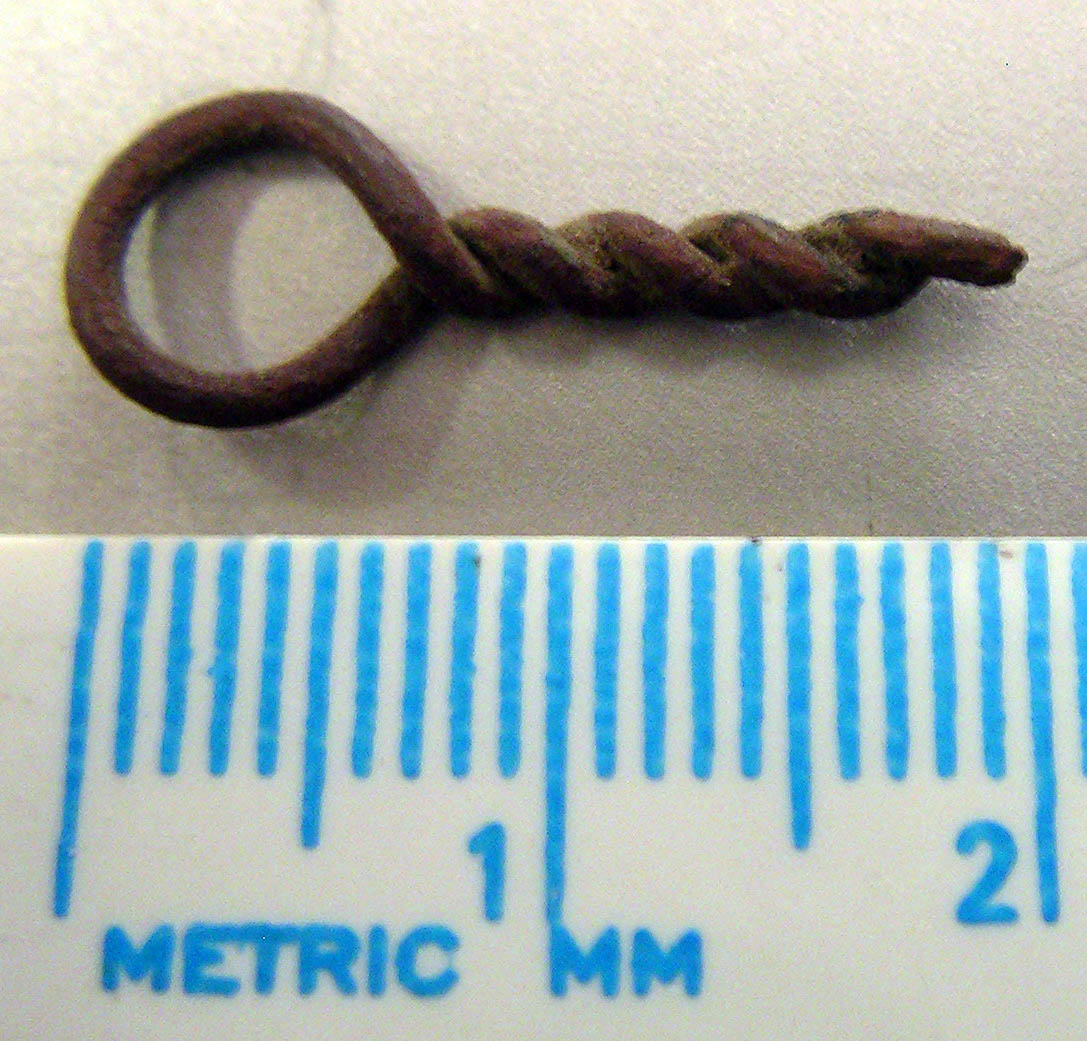 A twisted friction primer a trench excavated east-west through the dense underbrush at the site. It was discovered at 160 ft. from the north end of the trench at an approximately depth of 8 to 12 inches beneath the surface. It was specficially in unit N4' 3-G.The twisted wire weights 0.4 grams and 2.1 cm. in legnth. The same excavation unit had a lead ball flattened, a precussion cap, and a unfired "small" minie-ball. "Small" minie-ball with two notches circling the base. 1.7 cm. in length, and 0.9 cm. in diameter. 9.4 grams in weight. 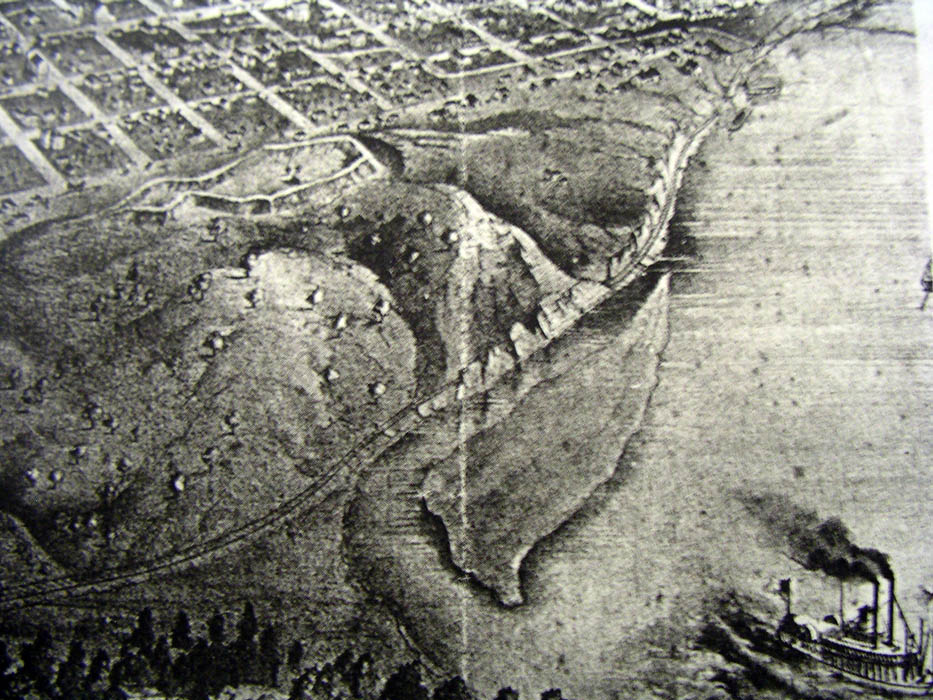 "I again seat myself to write home my weekly letter without being able to write you anything of importance. There has been no occurance of unusual interest or worthy of note since my last. All we do or have done for weeks is to go through with the regular order of daily duty without evevn the report of an approaching enemy to relieve us of the dullness of camp. We have Reveille at 6 1/2 o'clock, Roll Call at 7, Breakfast at 7 1/2, Inspection of armys by company at 8, guard mounting at 9 1/2, Squad Drill 9 to 11, Dinner at 12, Company drill 1 to 3, Dress parade 4 1/2, Supper 6, Tattoo and Roll Call at 9 and Taps at 9:20. The taps consists of a few beats of the drum, at which time all lights are expected to be put out and soldiers to bed. This with a squad of ten from each company working daily on the fortifications completes the programme, and gives you as good an idea of the what we do here, as you could have without seeing it yourself. The fortifications will probably be completed the last of the present week if nothing unexpected prevents."

16th Illinois Infantry Regiment book page 23: "December 6, 1861 - The last of the company moved to their new quarters in Fort Smith. 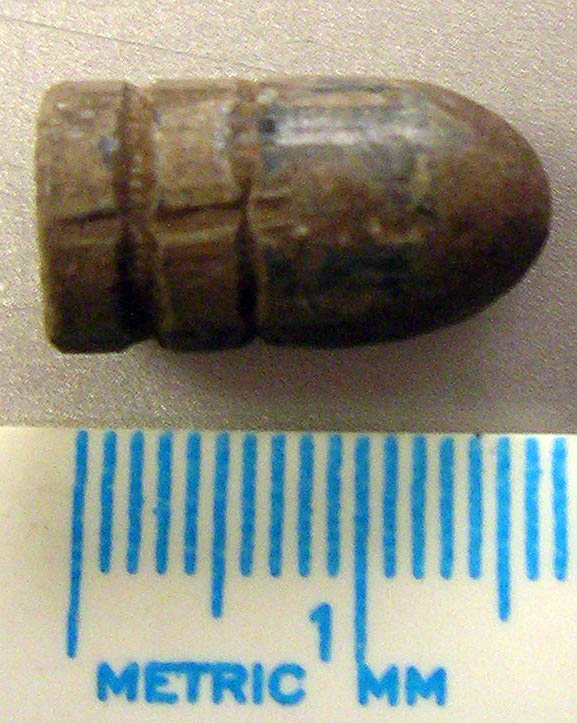 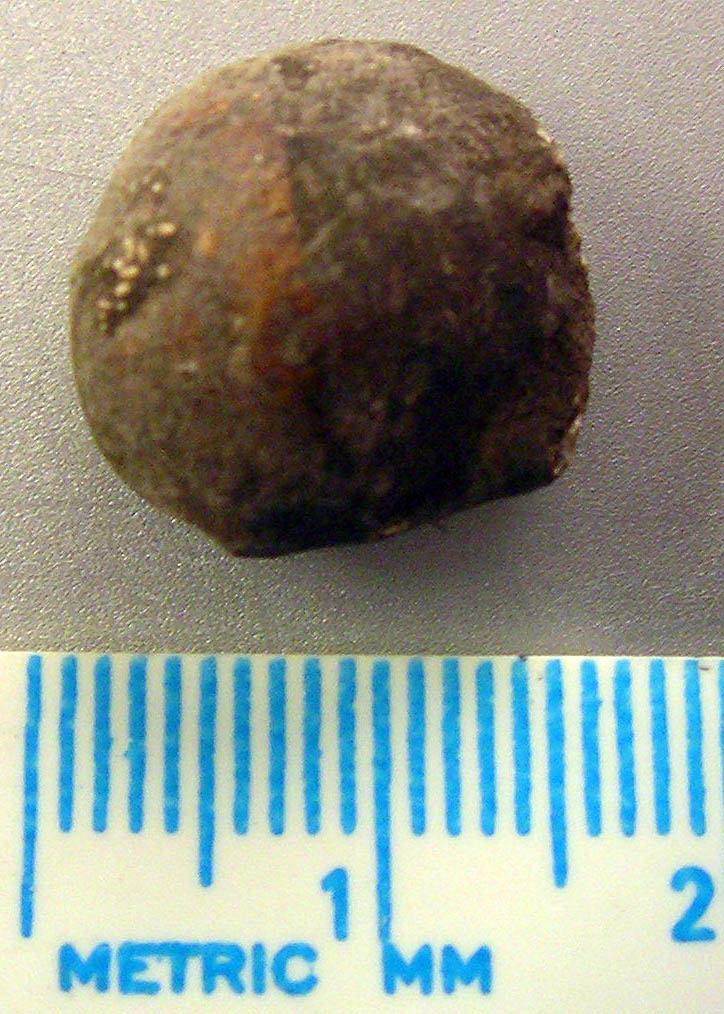 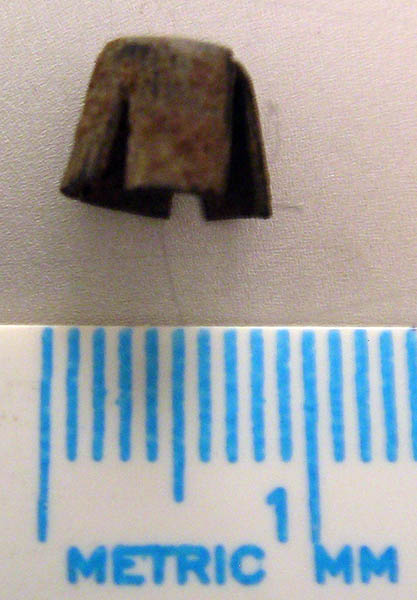 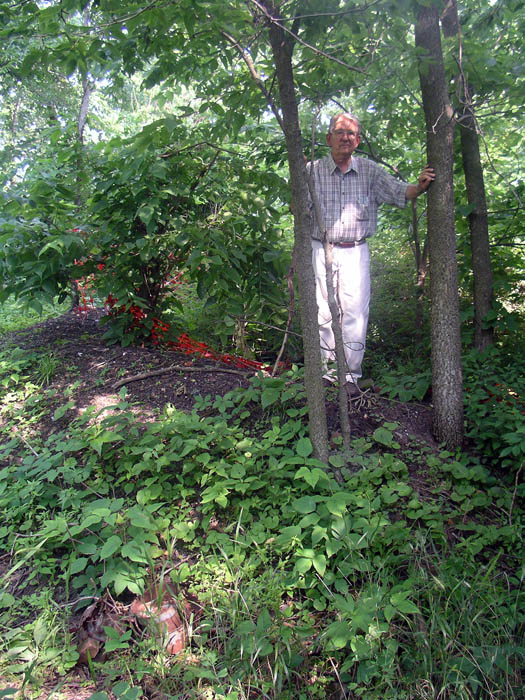 Bottle collectors looted a cistern on the top of the hill - Michael Fisher stands next to the spoil dirt left behind by the looters.