It is reported that several boulders are decorated with petroglyphs on the hillslope above the al Badiyah mosque in Fugairah. I was able to relocate one petroglyph. 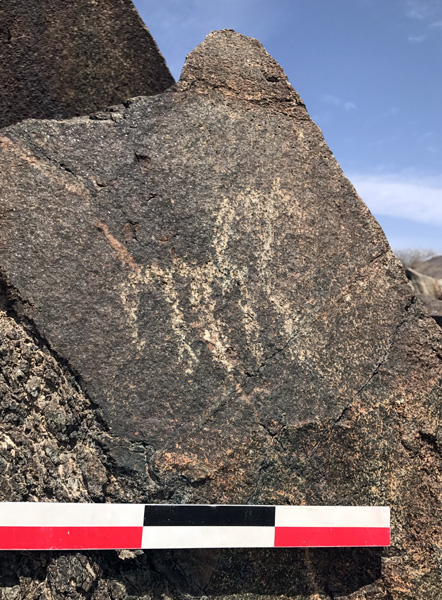 Petroglyph of two horses facing right on the hillsope near the al Badiyah mosque in Fujairah, United Arab Emerites. Scale is 30 cm. 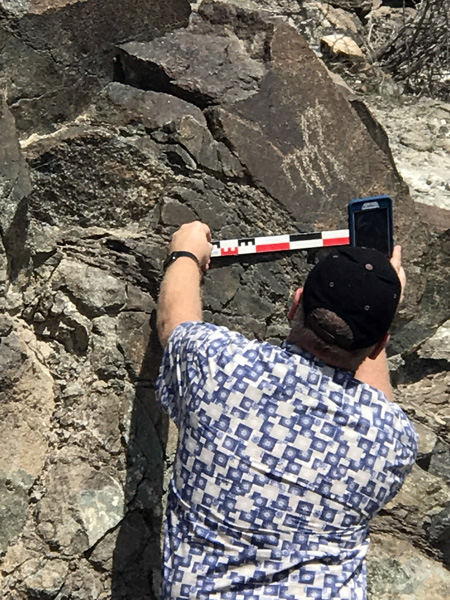 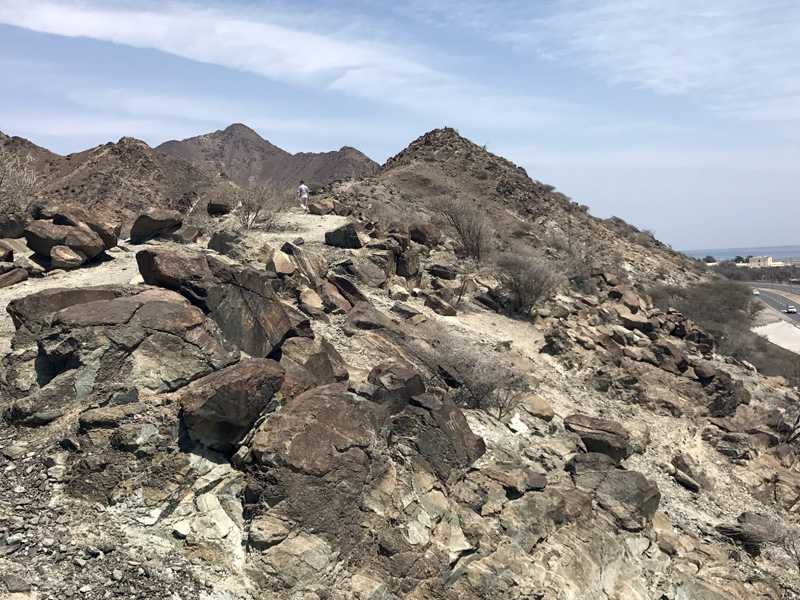 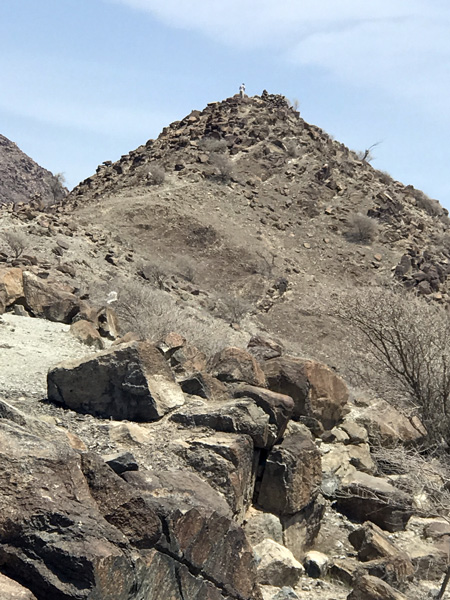 Professor Michael Fuller climbed to the hilltop above the mosque. The ruins of a watchtower crown the top of the hill, but I did not find any additional petroglyphs. It certainly looked like a promising environment for more petroglyphs. The day was hot and I was limited in time to search.