This site is situated on private property and it is not open to the public. The stone tools he uncovered are typical of the Archaic Period (7000 - 1000 BC) and Woodland Period (1000 BC - AD 900) in the Ozarks region of Missouri. Adams (1958:189) reports excavating 11 grit tempered pottery sherds typical of the Late Woodland Period (AD 500 - 900) and 2 shell tempered pottery sherds typical of the Mississippi Period (AD 900 to 1400). He also noted the presence of animal bones including bison, bear, deer, raccoon, turkey, tortoise, mussels, small animals and birds. 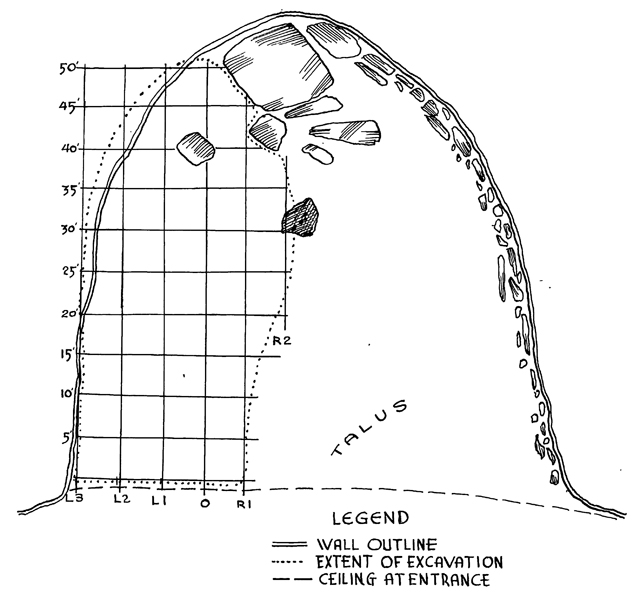 Plan of King Cave published by Adams (1958:Figure 100). Adams made careful plans, controlled his excavation by a grid system, and published his results with detailed drawings; his work is praiseworthy. 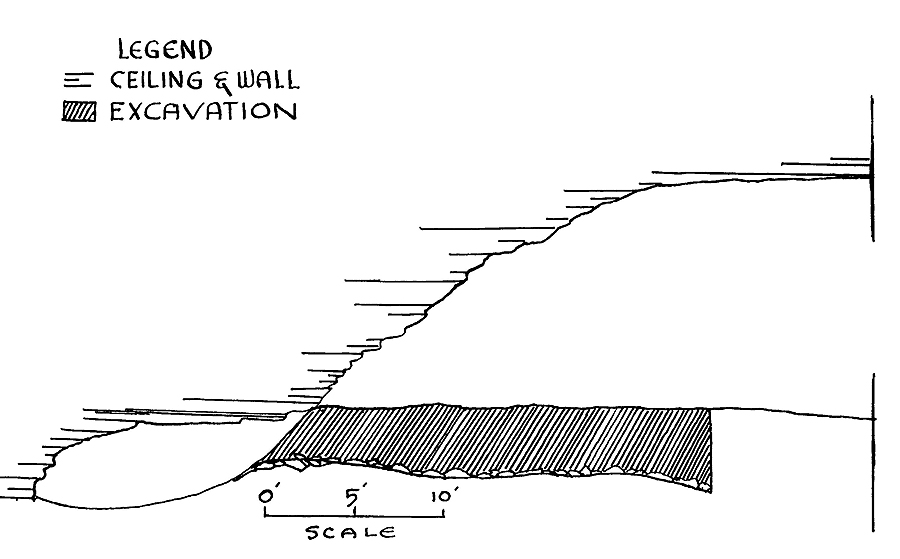 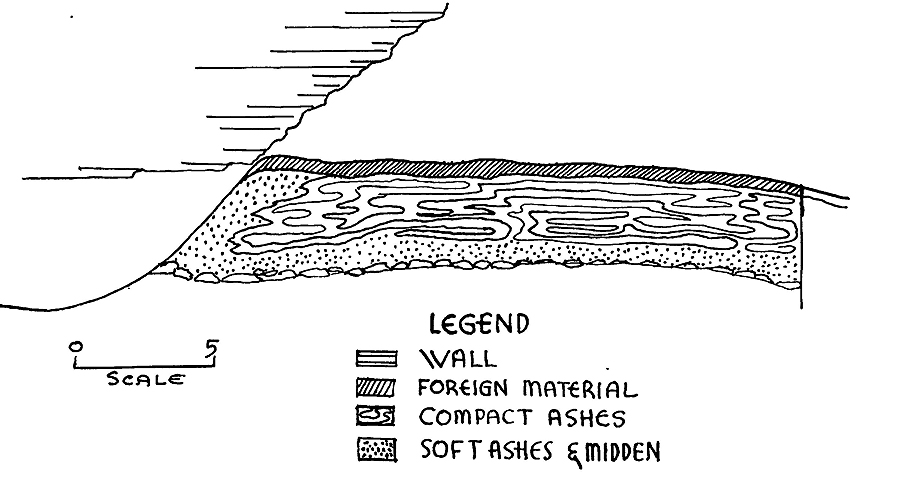 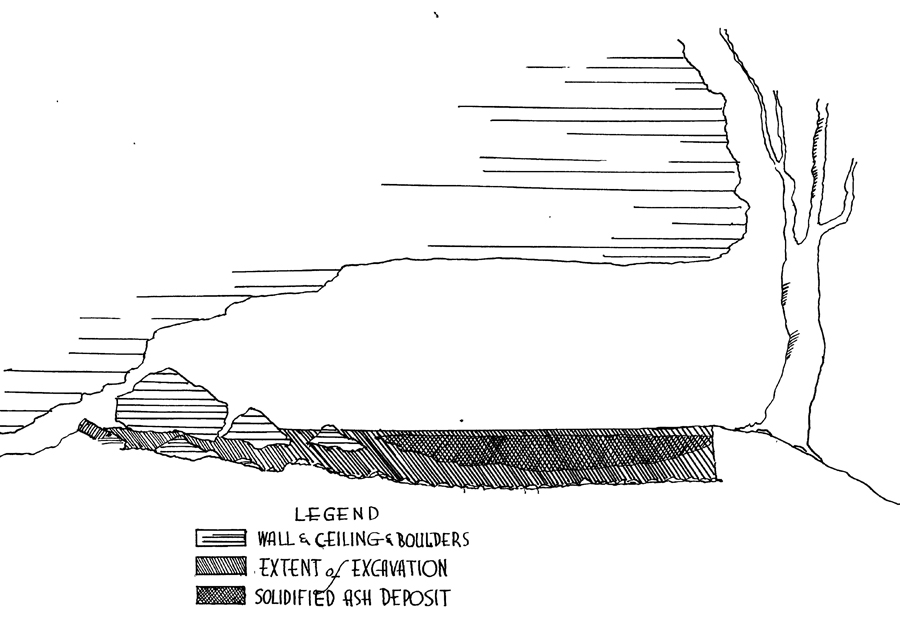 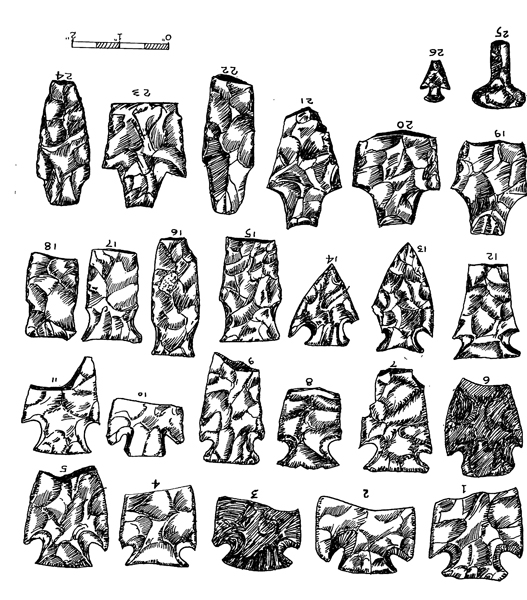 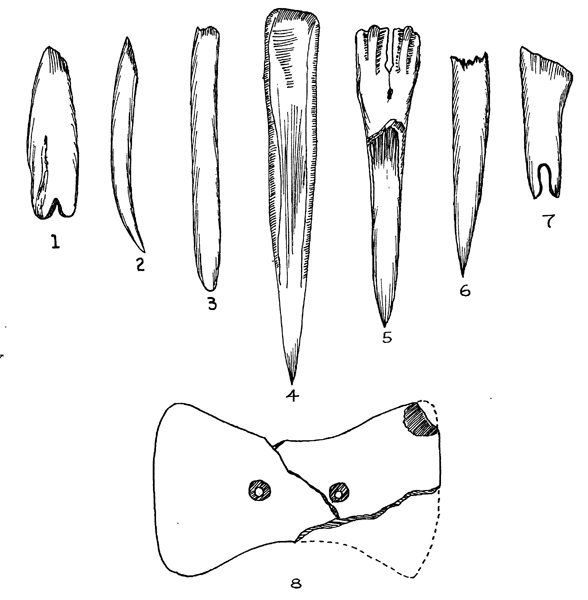 Bone tools and a broken stone gorget (out of steatite) excavated from King Cave and published by Adams (1958:Figure 104). 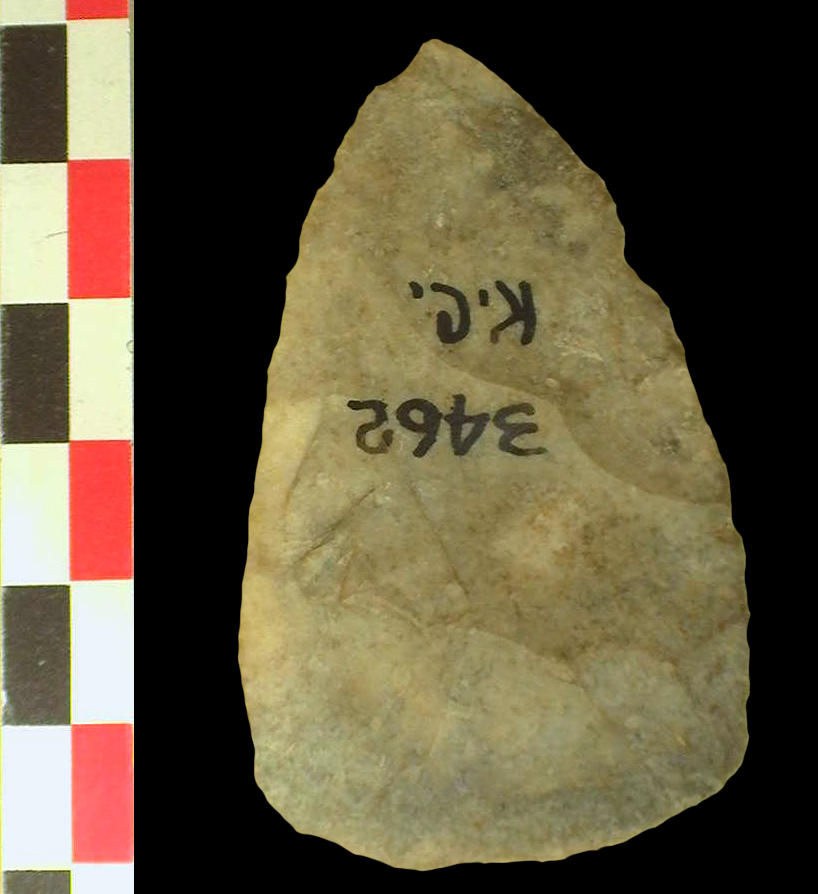 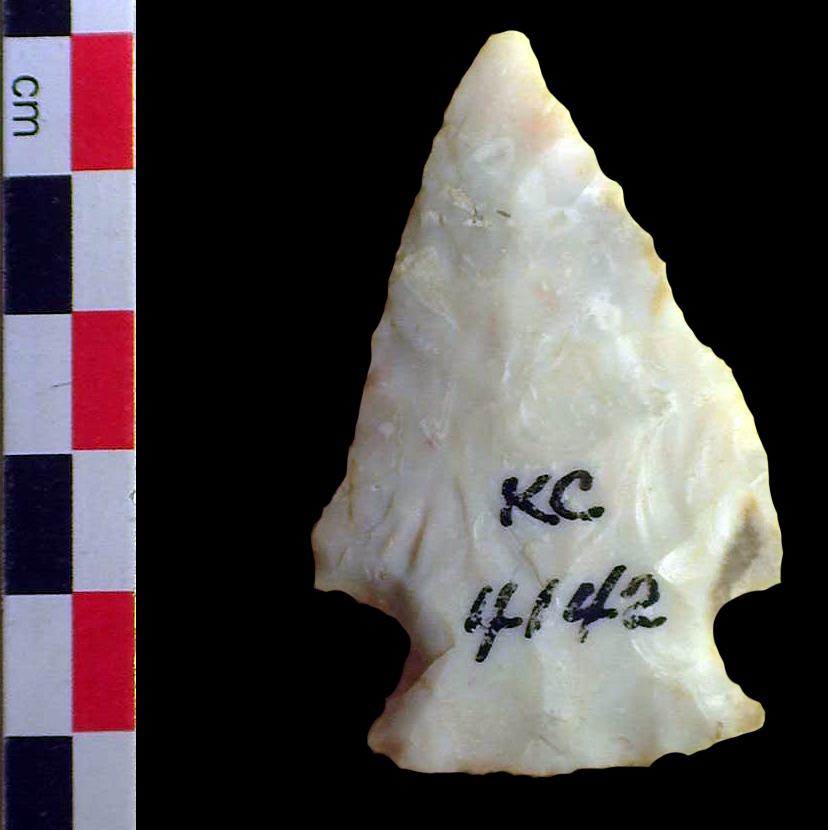