The Lost Hill Mounds (23PH13) consisted of a group of 5 mounds constructed of earth and limestone located in the central portion of the Ozarks region in Missouri. Mounds 1, 2, and 3 were excavated by Gerard Fowke and published in 1922. All of the mounds had been disturbed by relic hunters who were searching for hidden gold. The site is on private land and not open to visitors. 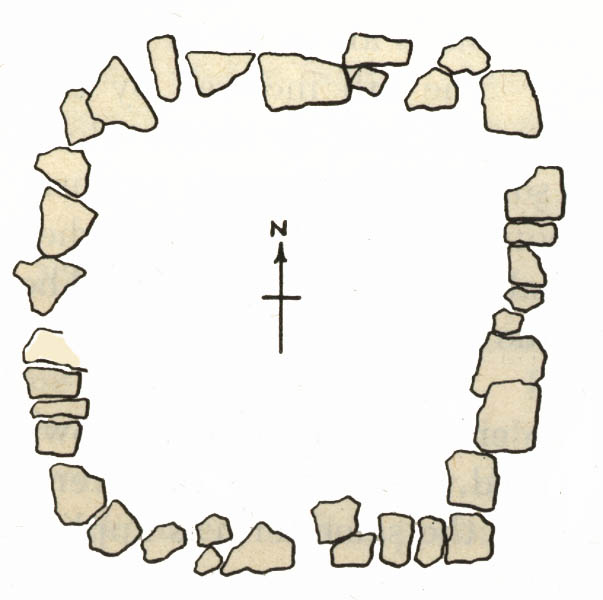 Mound 1 measured 16 by 17 feet with a height of 2 feet. A shallow, stone lined vault measuring 9 by 9 feet was discovered in the interior of the mound. Fowke's report indicates the presence of at least one adult and one child burial. The child burial was discovered in the west half of the chamber while the adult burial was in the north half of the chamber. The skeletal remains were fragmentary. Fowke did not report any grave offerings in association with the mound. 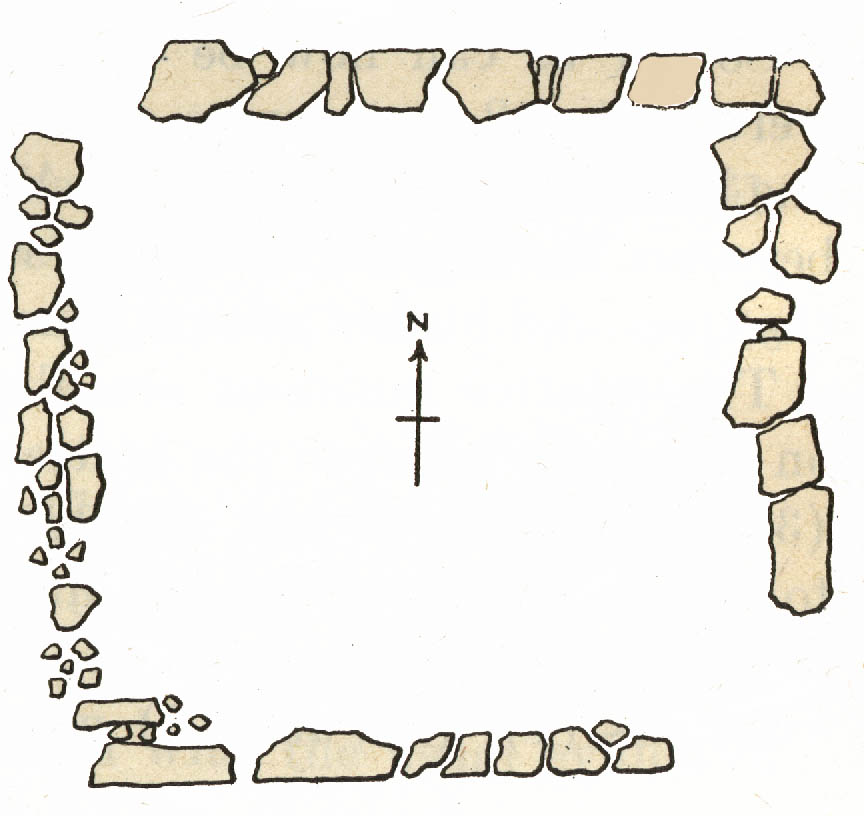 Mound 2 was situated 10 feet away from mound 1 and measured 16 to 18 feet in diameter with a height of 30 inches. An internal vault within the mound measured 15 by 15 feet. The stones in this wall were stacked, without mortar, two and three stones high. Fowke observed a line of stones (from north to south) in the center of the vault and interpreted these as evidence that wooden timbers, capped with flagstones, had originally covered the burial vault. 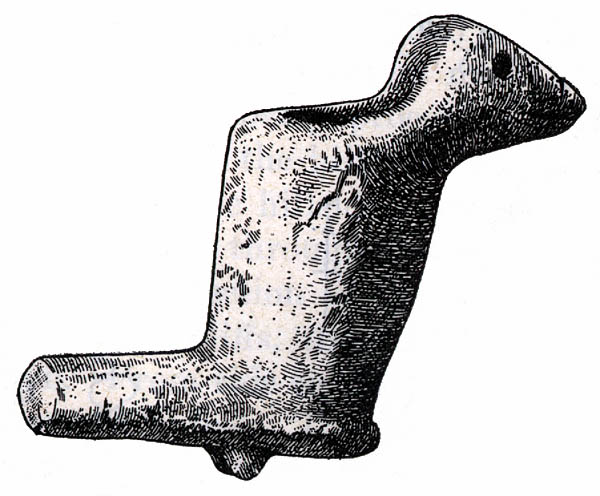 One of the most significant artifacts from Fowke's years of work in Missouri was discovered during the excavation of the mound. He discovered a platform pipe shaped in the form of a bird; it had been intentionally buried between two flat rocks that were separated by earth and gravel. The only other artifact reported in the mound fill was a small flint knife. Platform pipes with animal effigies date to the Middle Woodland Period (ca. AD 200 - 500). 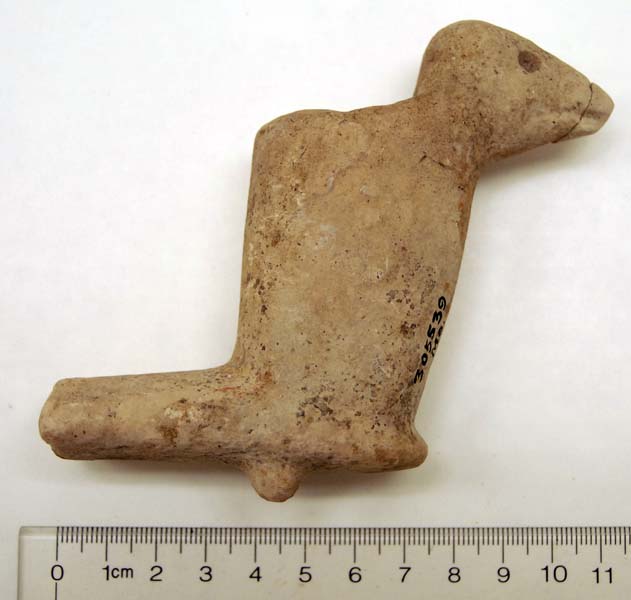 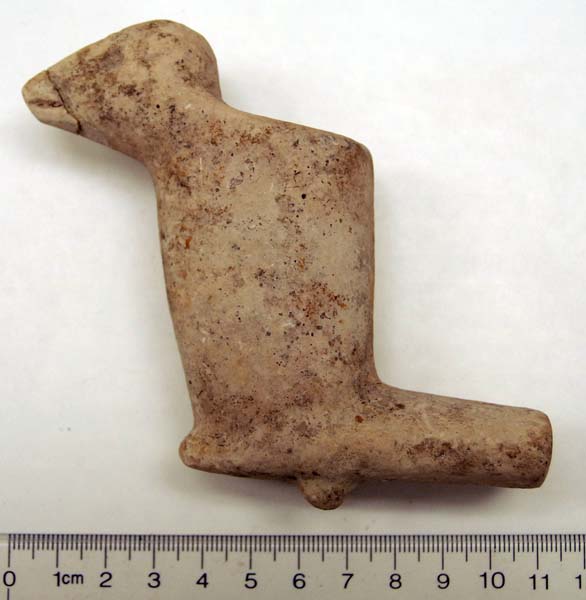 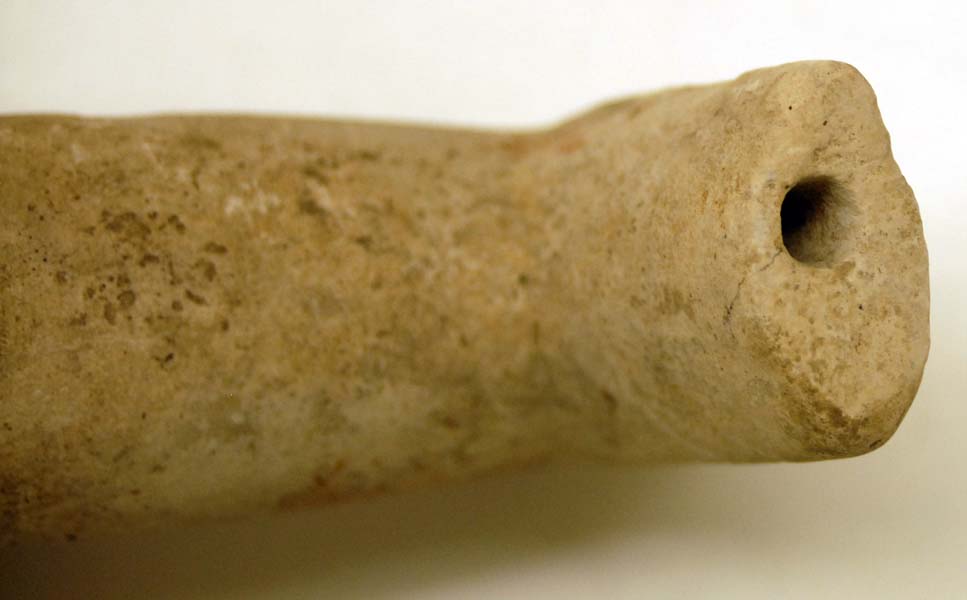 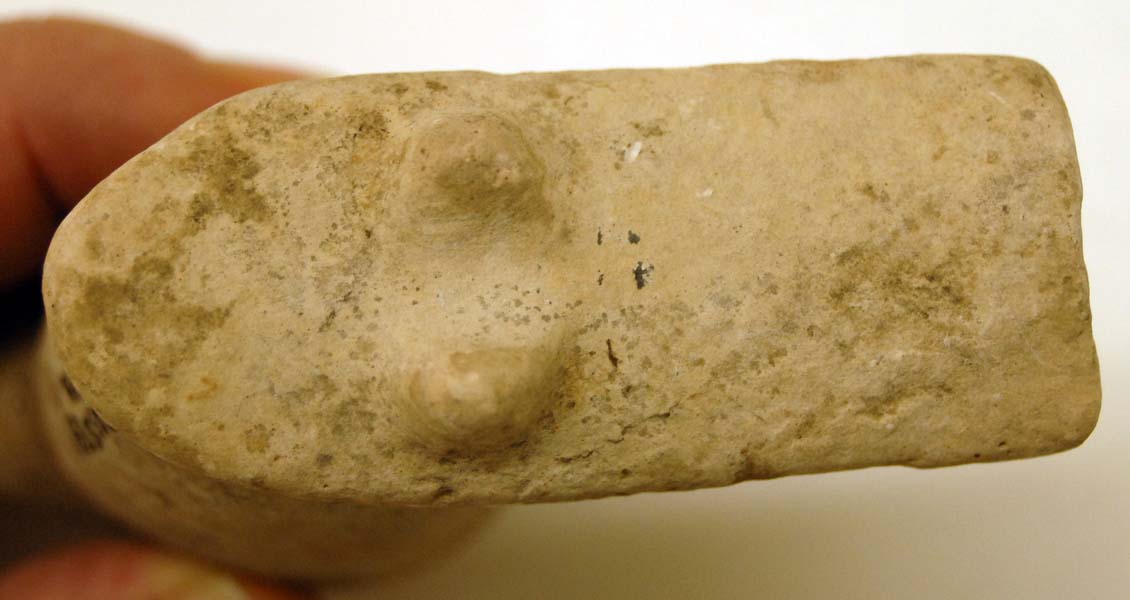 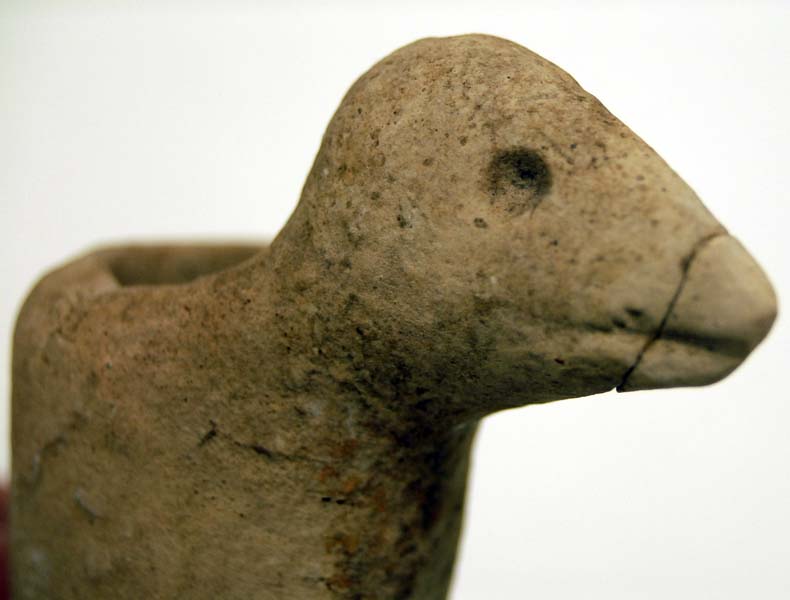 Fowke identified the pipe as a representation of a buzzard with an exaggerated tail. He did note that the beak of the bird effigy was more like a crow than a buzzard. My impression, when examining the pipe, was that the bird was not "buzzard-like." 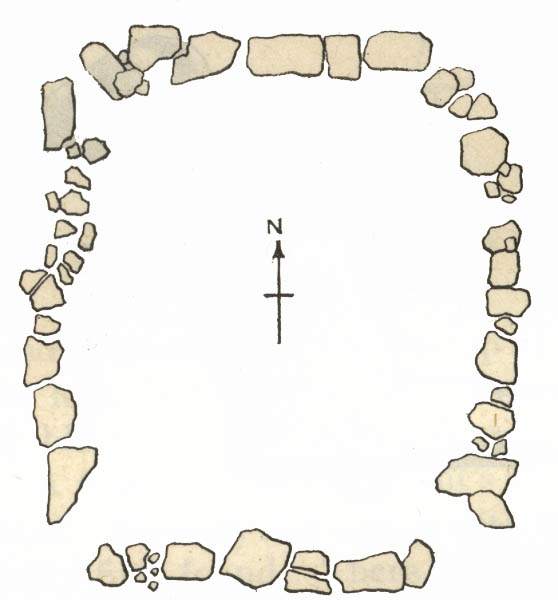 Mound 3 was situated 50 feet from mound 2 (at 10 feet from mound 4). It measured 13 by 15 feet and contained an interior vault measuring 10 by 10 feet. The south half of the burial vault had been totally destroyed by relic hunters while the north half was undisturbed. Three adult burials and one child burial were identified in the undisturbed deposits. One of the adult burials was associated with beads made from water snails. No other grave offerings were reported with mound 3.

Fragmentary skeletal remains of at least 3 adults had been buried as flexed or bundle burials in fairly close proximity to bird effigy pipe in mound number 2. Two feet east of the pipe was an extended burial with the skull resting on its right side. It is probable that the pipe was an offering for one or all of the burials in mound 2. Fowke proposed that the pipe had been added to the mound as an afterthought or as a separate deposit. I find this unlikely based upon the placement of pipes from other sites in Missouri. Fowke reported that the extended burial had teeth with extensive evidence of dental attrition ("much worn"). He was unable to save any of the bone material for analysis in the Smithsonian because the bone had been leached of its minerals. Fowke, Gerard
1922 "Cave explorations in the Ozark Region of Central Missouri." Bureau of American Ethnology Bulletin 76:25 - 28.