Tell Hariri is the Arabic name for the ancient Bronze Age city of Mari along the Euphrates. Excavation of the site began in 1933 by Andre Parrot on behalf of the French archaeological mission with the permission and support of the Syrian Department of Antiquities. Current research at the site is directed by Jean-Claude Margueron. Students and faculty from St. Louis Community College visited the Mari several times during the 1980s and 1990s; most of these photographs come from a visit in 1986. 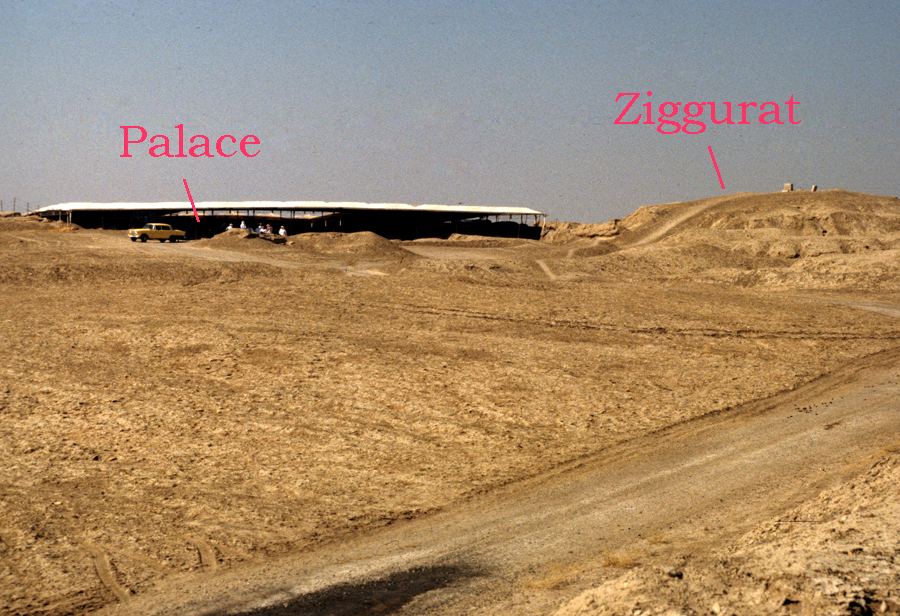 View of the palace and elevated temple platform at Mari. 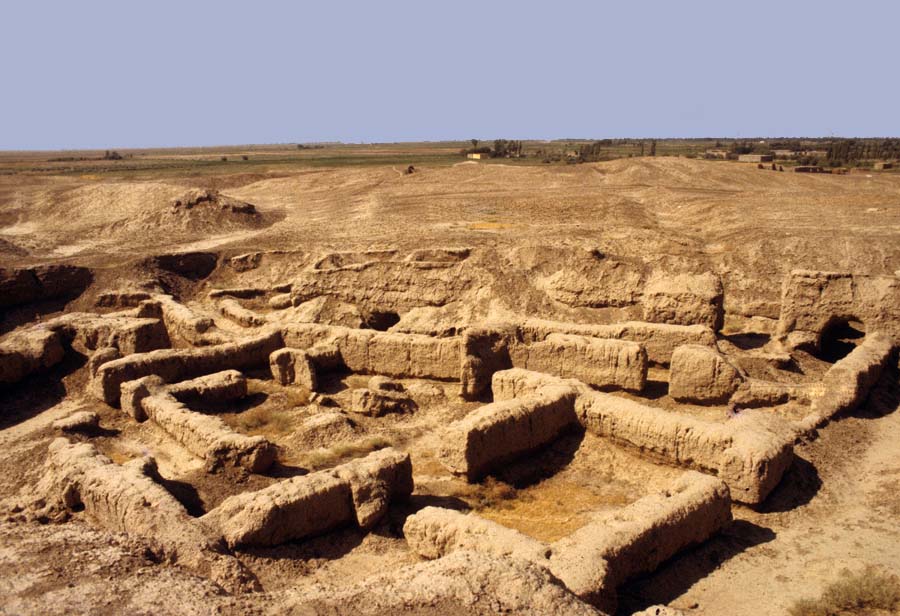 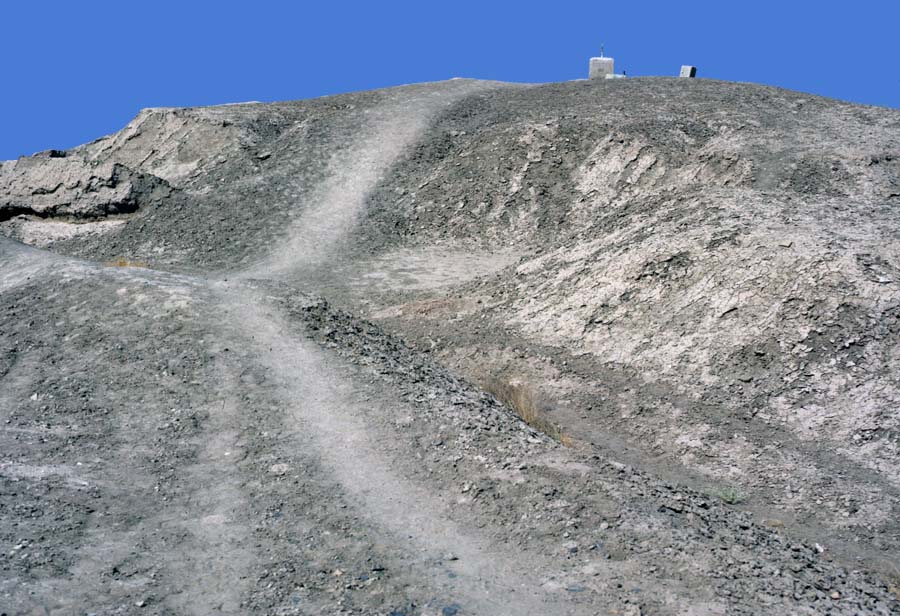 Excavation benchmark on the summit of the Ziggurat. 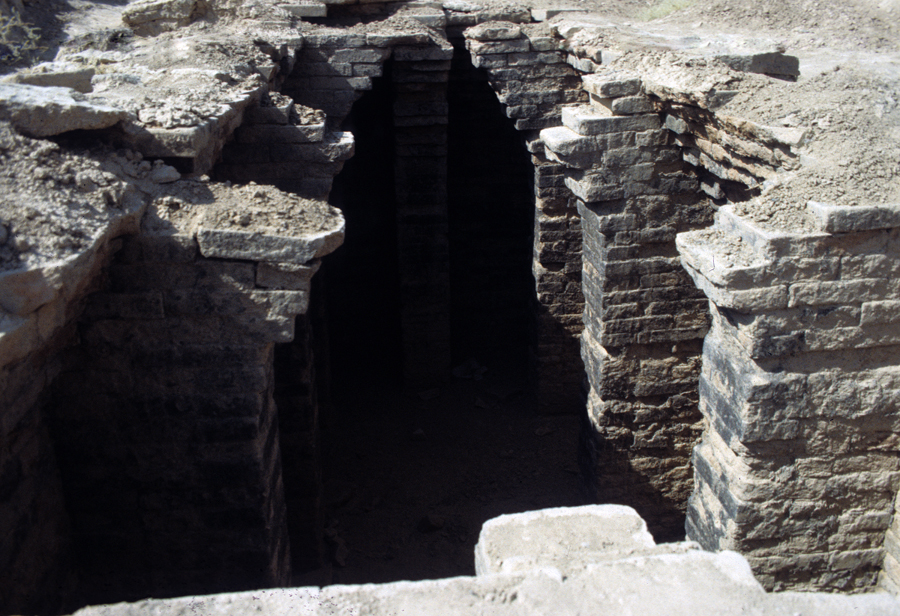 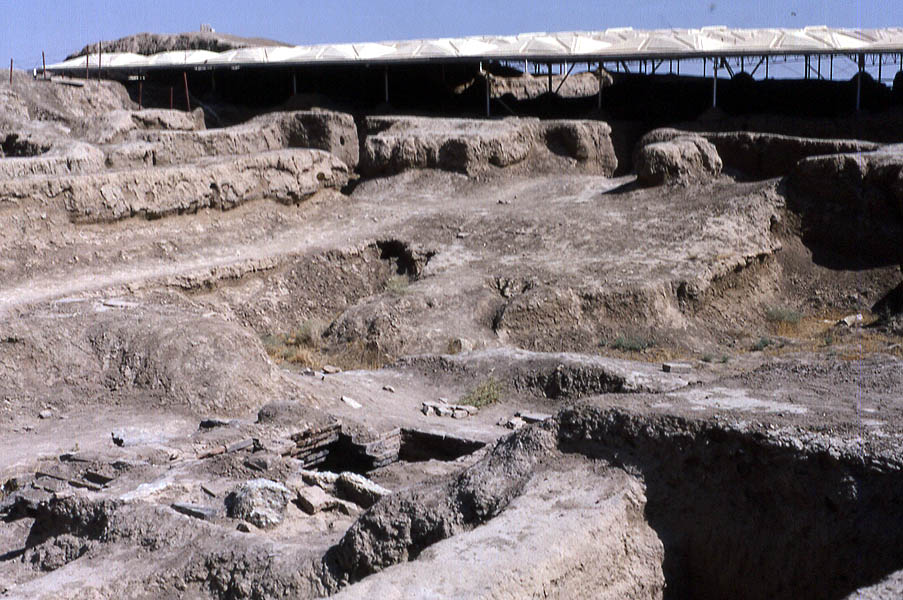 Noble tomb just outside of the palace, Tombe IX.Q.50.SO.T6. Tomb in foreground and (covered) palace in background. Dated to the 22nd or 21st century BC. 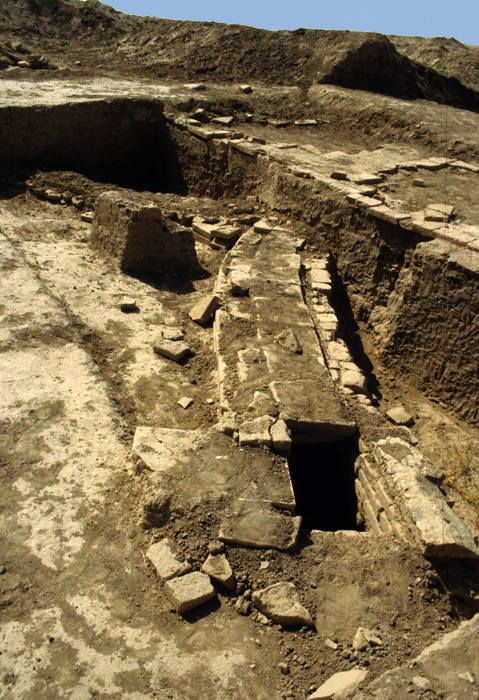 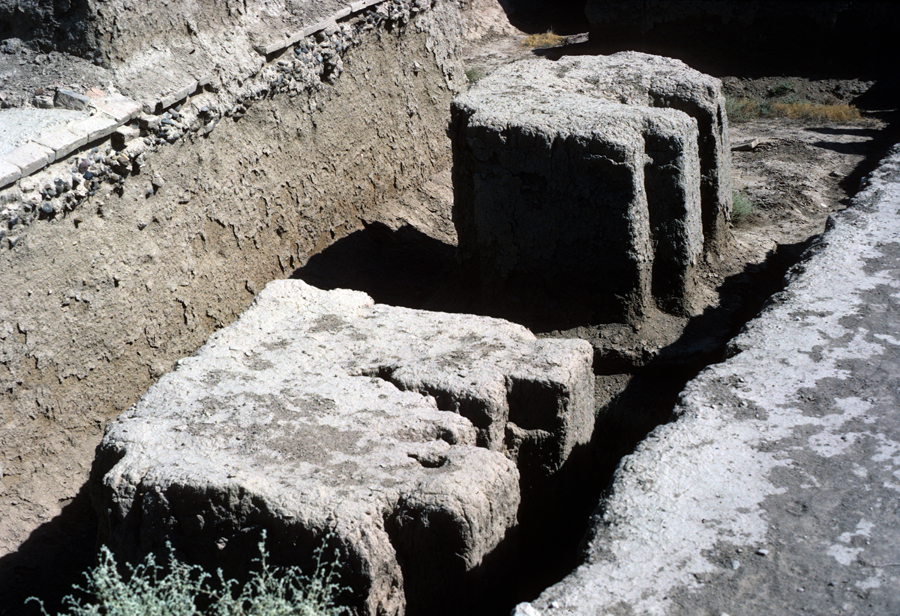 Bases of mudbrick columns at Mari. 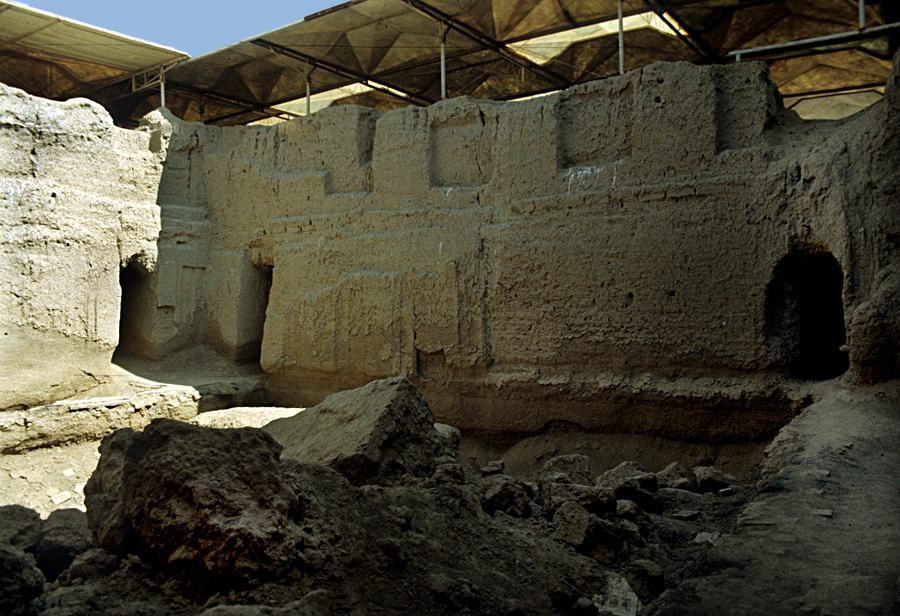 Courtyard inside the palace. 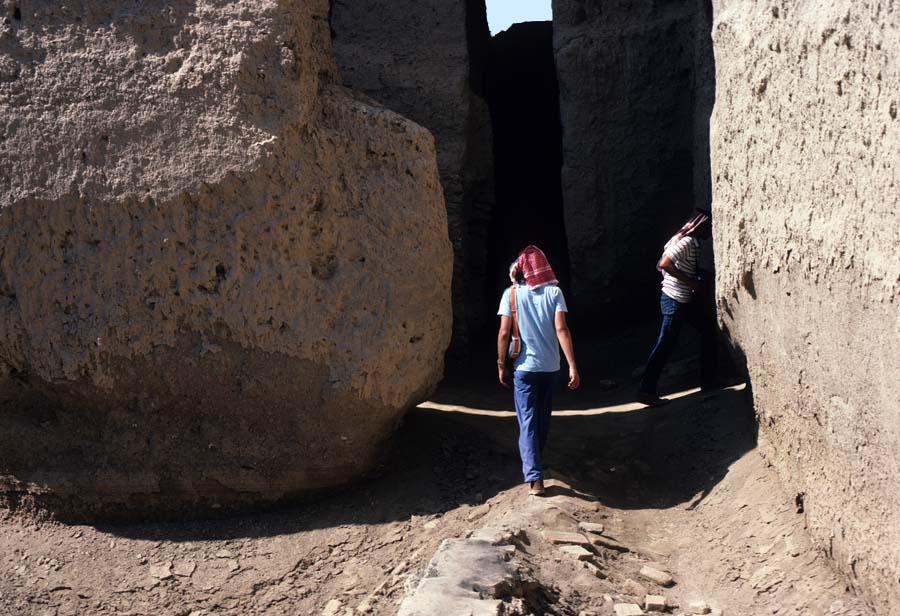 Corridor leading away from an open courtyard of the palace at Mari. Photographed 1986. 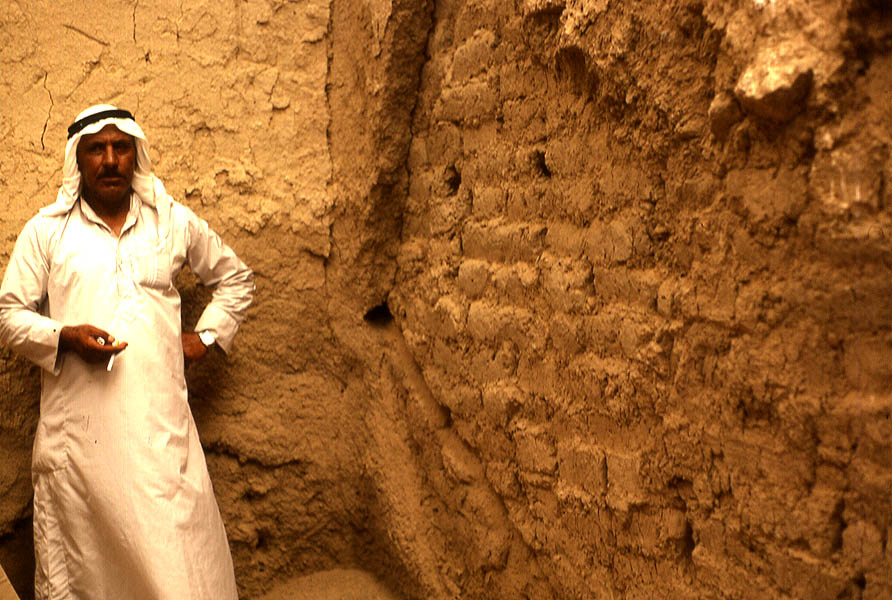 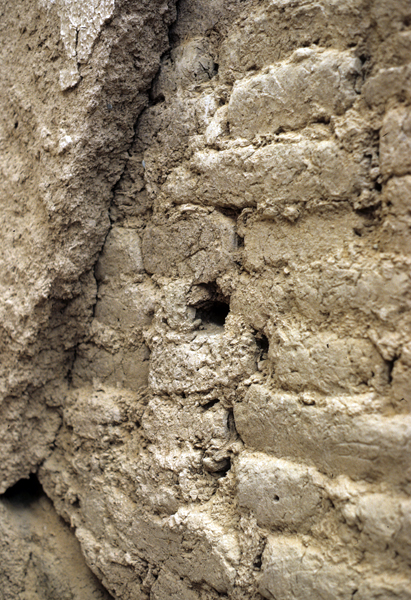 Mudbricks in the palace wall exposed in a portion where the outer coat of mud has fallen away. 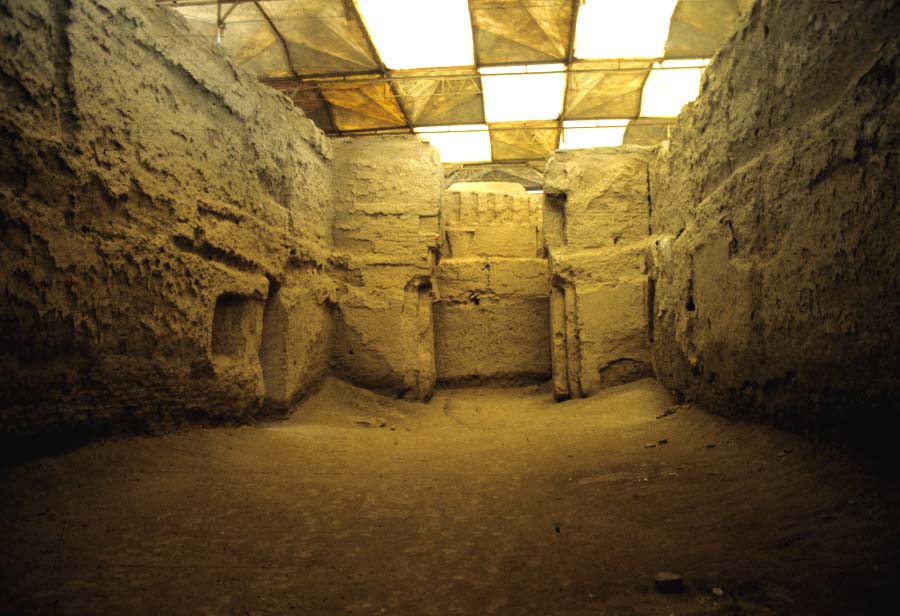 View of the throne room within the palace. 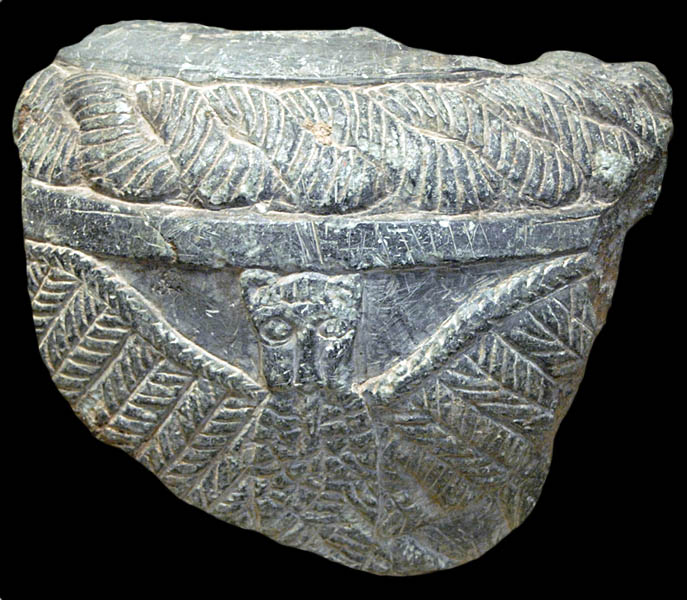 Fragment of an Iranian Chlorite Vase decorated with the lion headed eagle (Imdugud) found in the temple of Ishtar during the 1933 - 1934 fieldwork by Parrot. Dated 2500 - 2400 BC. Louvre Museum collection AO 17553.

Statue of a figure in prayer from Mari in the Aleppo Museum.

Statue of a figure in prayer from Mari in the Aleppo Museum. 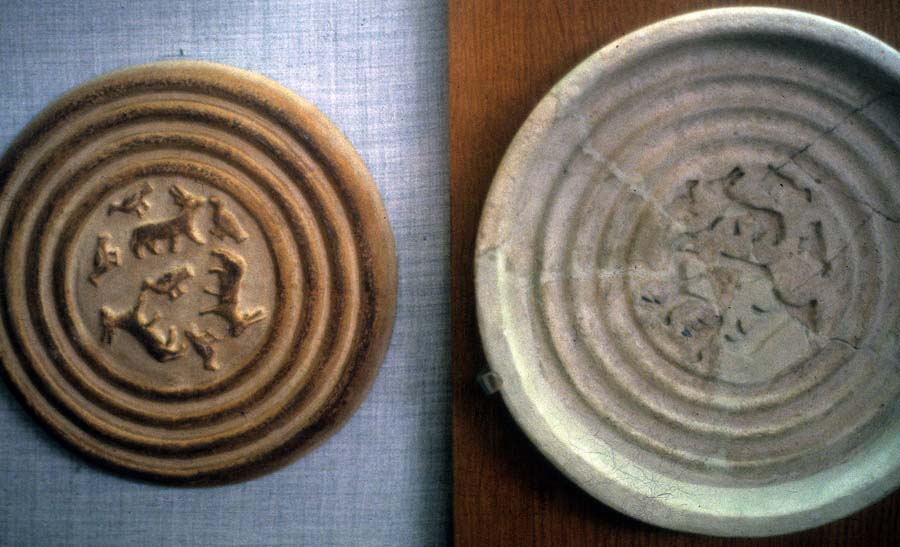 Mold for creating decorated bread in the Aleppo Museum. 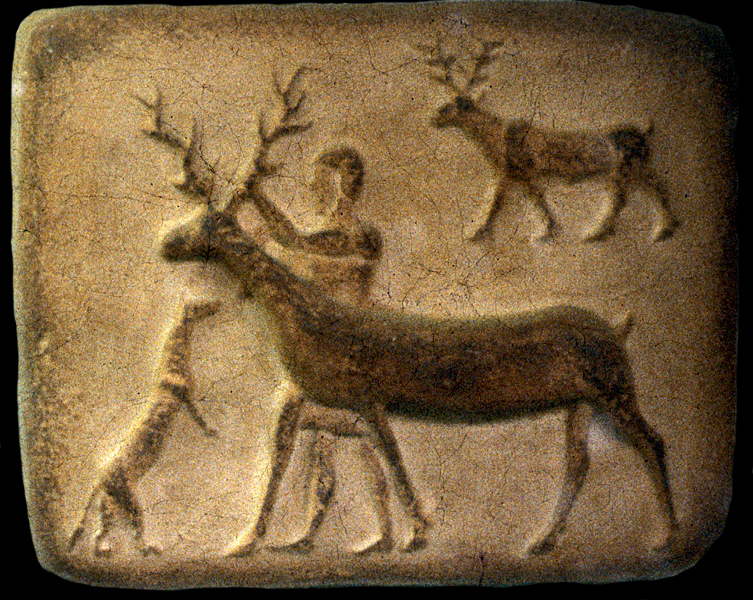 Clay plaque showing deer, dog, and a man from Mari in the Aleppo Museum. 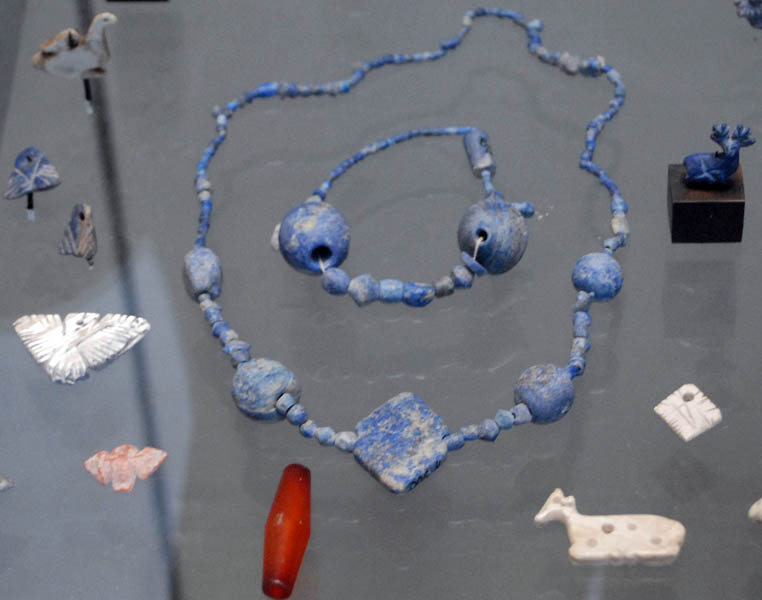 Lapis lazuli necklace and other jewelry items from Mari in the Louvre.