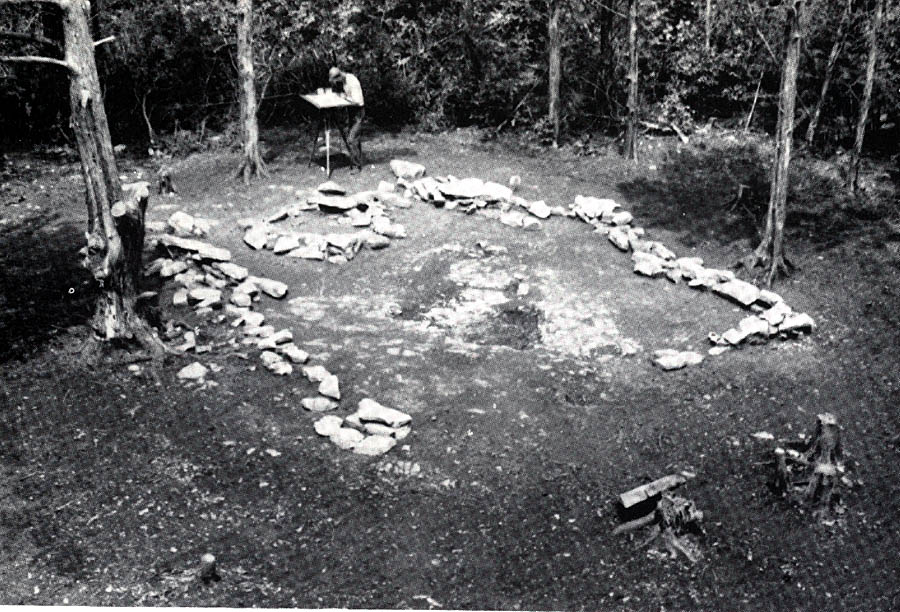 Plane table mapping of the internal structure of the Mount India Cairn after rescue excavation by archaeologists from the University of Missouri at Columbia. Original photograph by Professor W. Raymond Wood; black-and-white photograph published by Chapman (1980: Figure 5-12). View looking North. 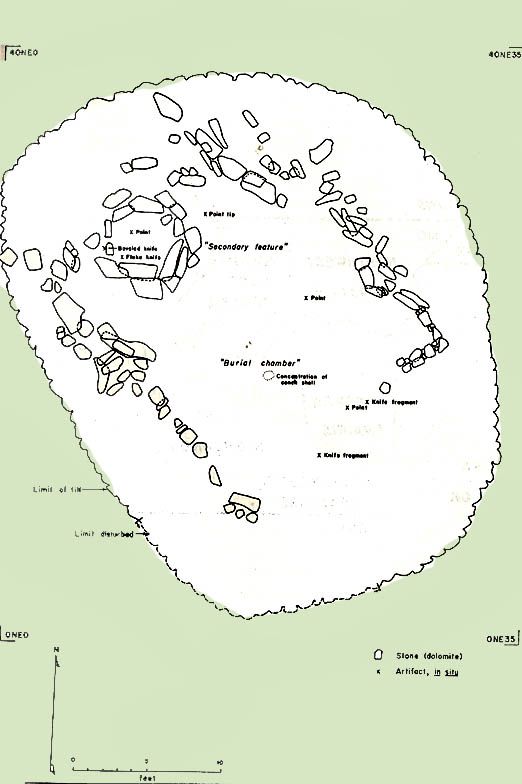 Colorized plan and profile of Mount India Cairn- 23HI30, adapted from Wood (1961: Figure 3). The mound was badly damaged by looters before its rescue excavation. The estimated size of the cairn is 3 feet high, 39 feet long, and 31 feet wide. 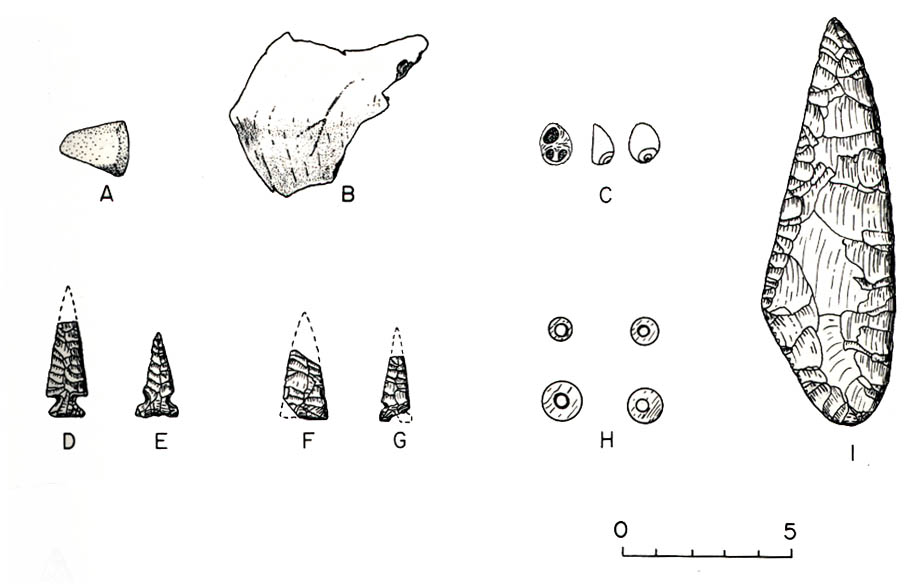 The artifacts from the Mount India Cairn include pieces of rubbed hematite (a), a piece of conch shell that had been rubbed smooth (b), eight beads made from Anculosa snail shells (c), and twenty-seven disk beads (h) manufactured from conch shell. Chipped stone tools discovered in the cairn fill include five projectile points (d - g), a complete knife (i), and fragments of five other knives. Animal bones found in the cairn include fragments of Black beer, Bison, Turtle, Deer, Wolf/Dog, and Fox Squirrel. Adapted from Wood (1961:Figure 6). 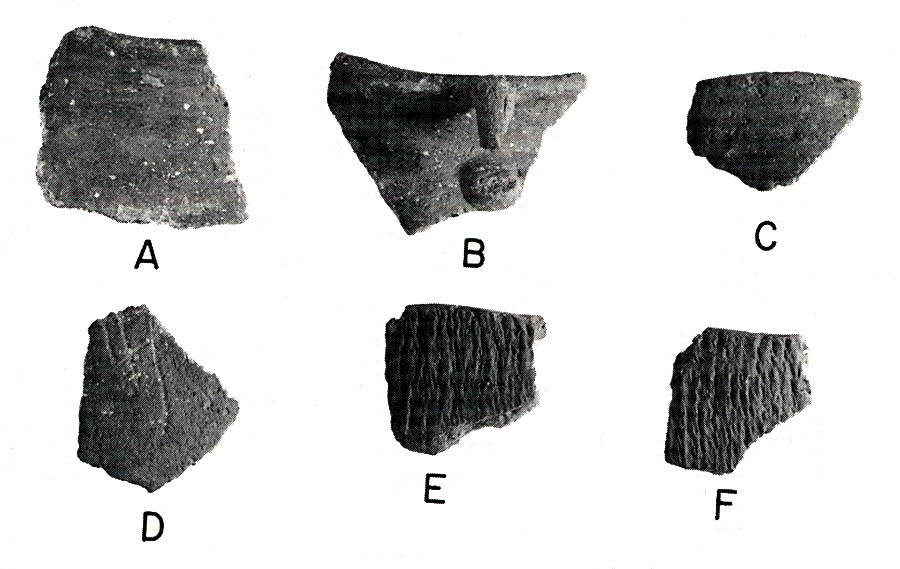 Six pottery sherds from the Mount India Cairn. Adapted from Wood (1961: Figure 5). The cairn contained four globular jars (a - c) and one cordmarked vessel (e-f). One sherd of a gobular vessel is lightly incised with a design (d) while another rimsherd has a small strap handle (b) welded to the rim and riveted to the shoulder. All of the vessels were shell tempered. 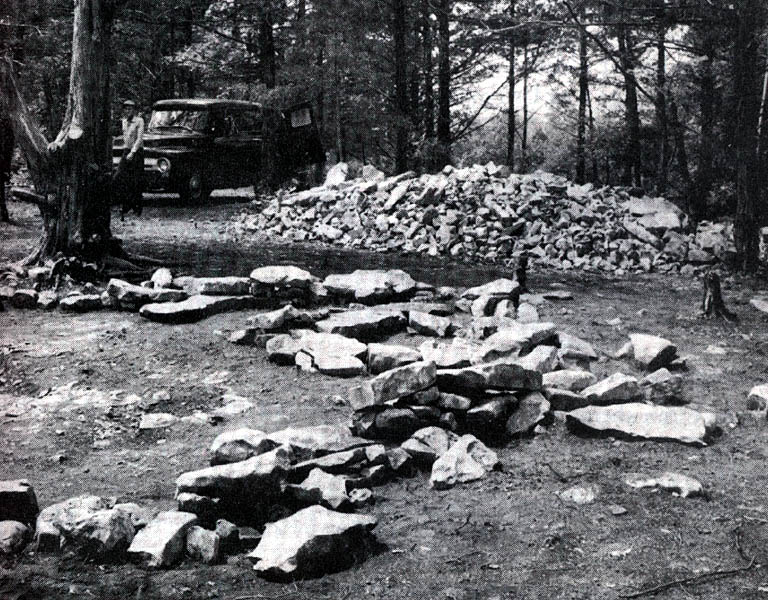 View of the Mount India Cairn with the excavated stones in the background; scanned from Wood (1961:Figure 4bottom).