The Old Fort Archaeological Site (23SA104) was visited by Professor Garland Carr Broadhead and described in the Smithsonian Report for 1879. It was revisited by Gerald Fowke and described in the Smithsonian Institution's Bureau of American Ethnology Bulletin 37. Fowke's fieldwork in 1906-7 was sponsored by the St. Louis Society of the Archaeological Institute of America. Research by Professor Raymond Wood (1973:101-111) would establish that the site dates to the period just before and/or during contact with the first Euro-American explorers. 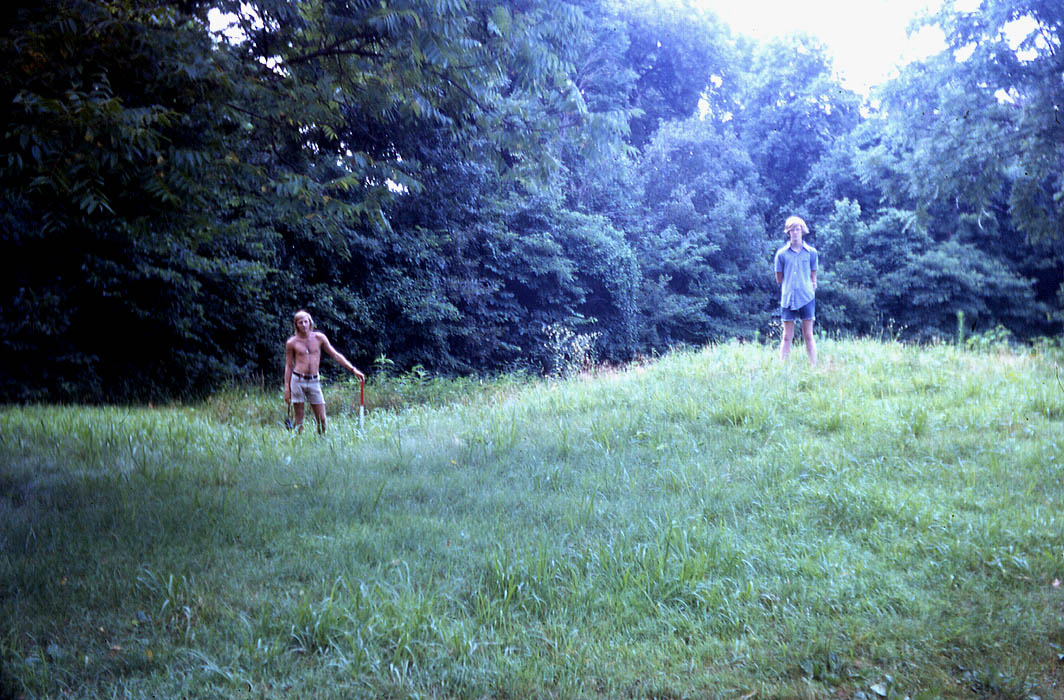 Photograph taken in 1973 during a visit to the site by faculty and students from Missouri State University (then SMSU). Michael Gilmore (right) stands on the top of the earthwork embankment while Rodney (left) stands in the outer ditch of the Old Fort. 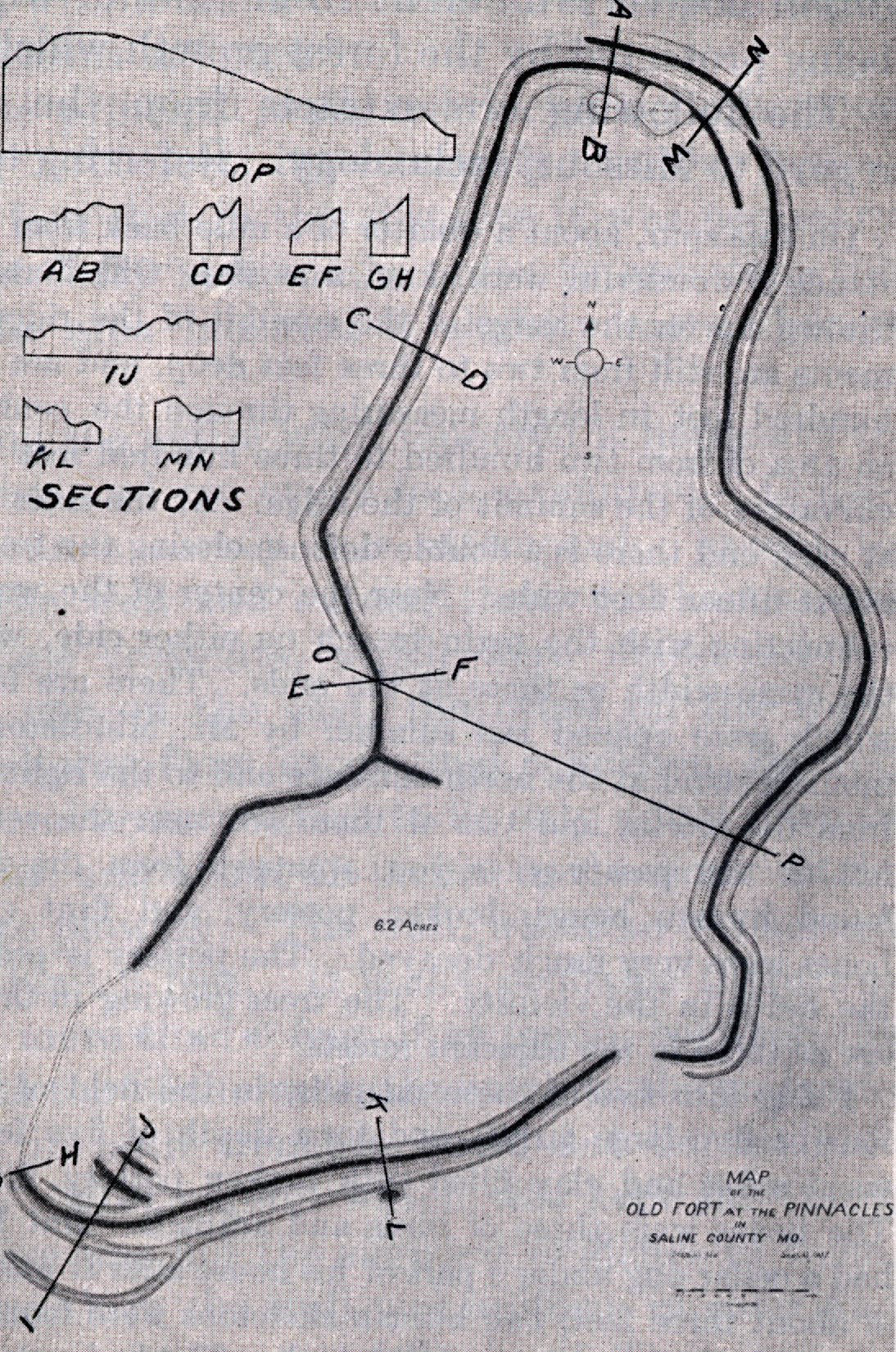 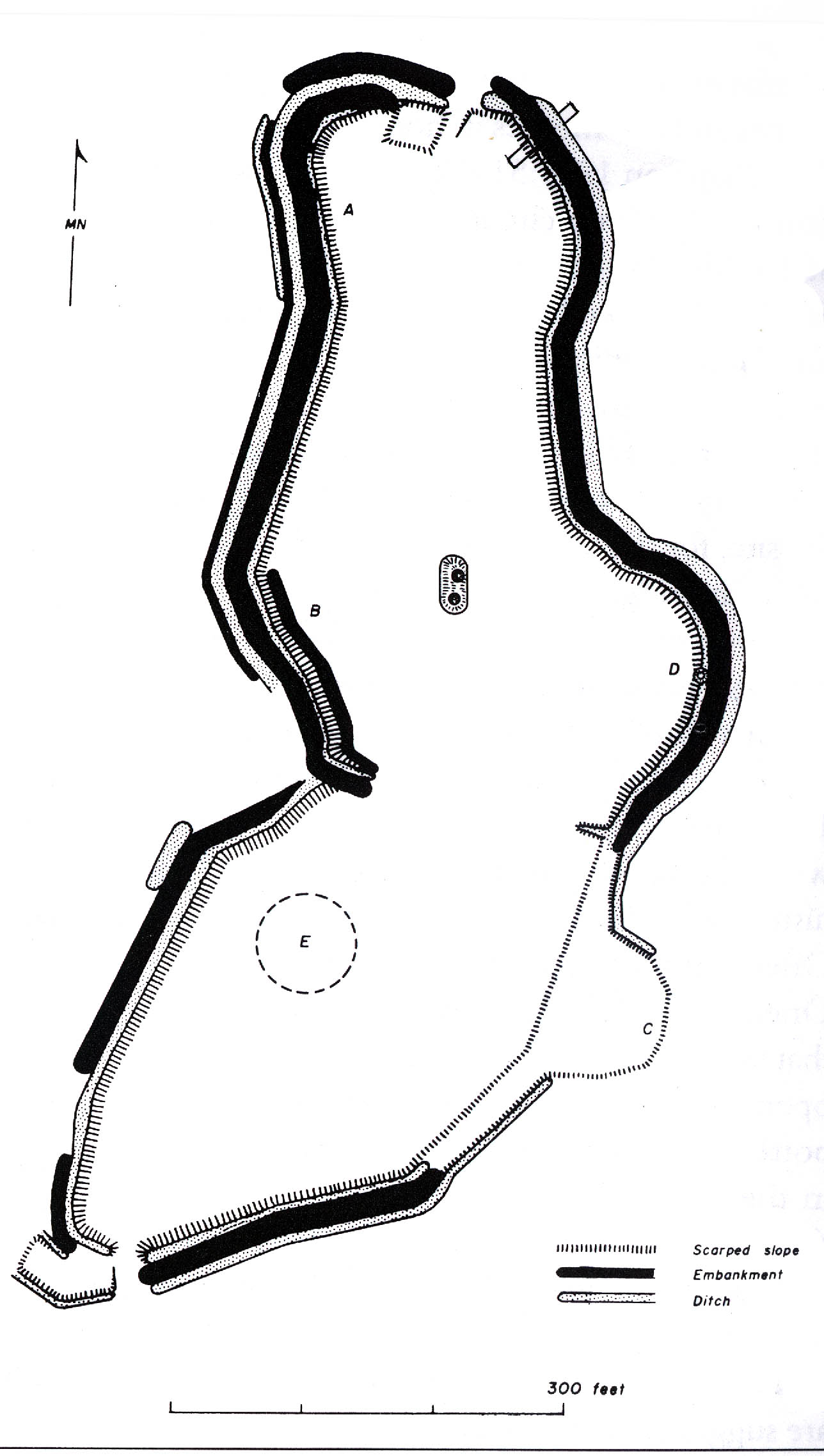 Plan of the Old Fort prepared by Professor Raymond Wood and reprinted in The Prehistory of Missouri by O'Brien and Wood (1998). The Old Fort Archaeological Site is a protected site in Van Meter State Park and is open to the public.