The Peene-Murat petroglyph site in Gasconade County was documented by Robert Elgin (member of the Missouri Archaeological Society) during 1958. This site is very isolated and located on private land; it is not open to the public. The site was placed on the National Register in 1969. 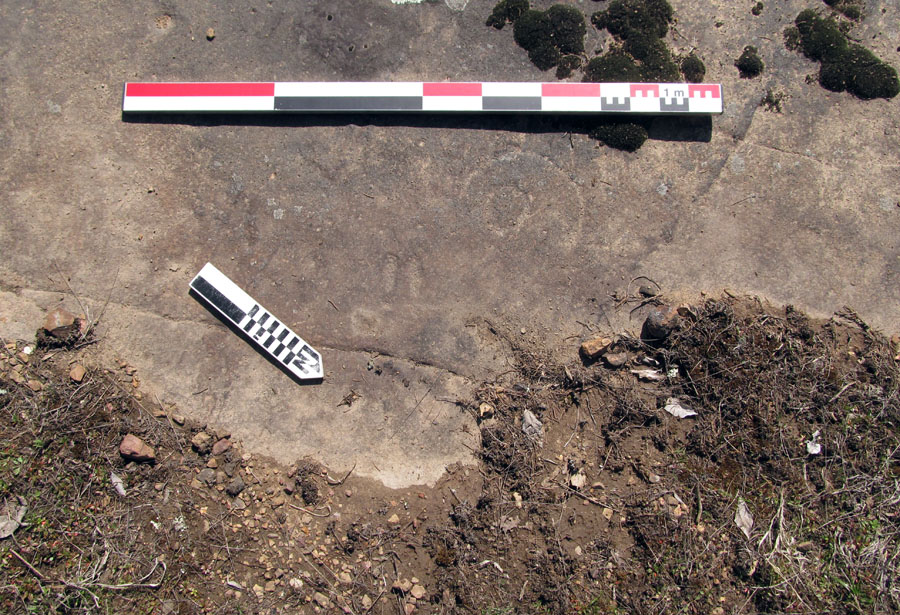 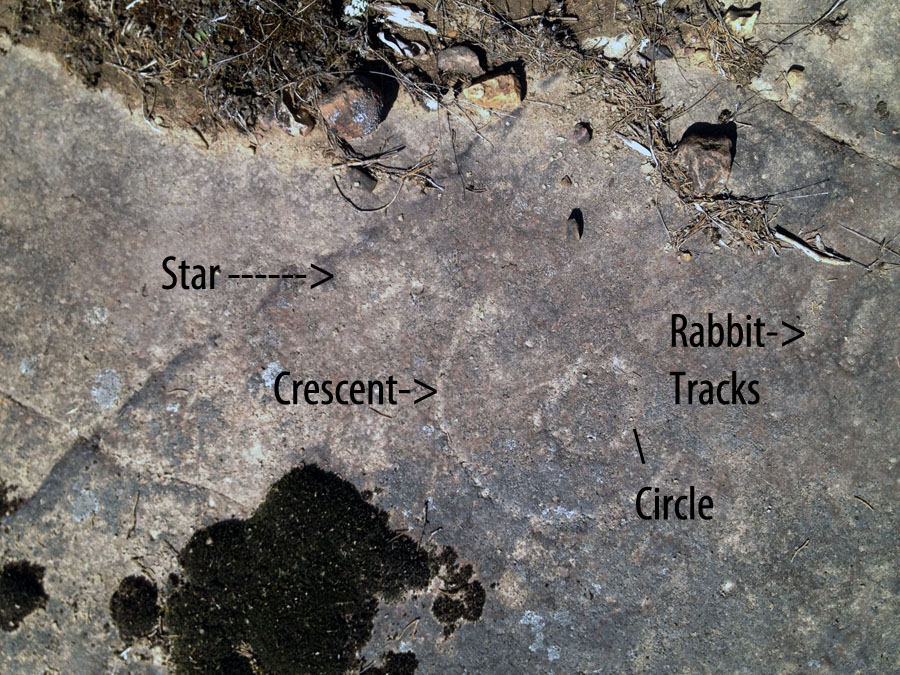 A different viewing perspective of the petroglyph cluster with the specific petroglyphs identified. 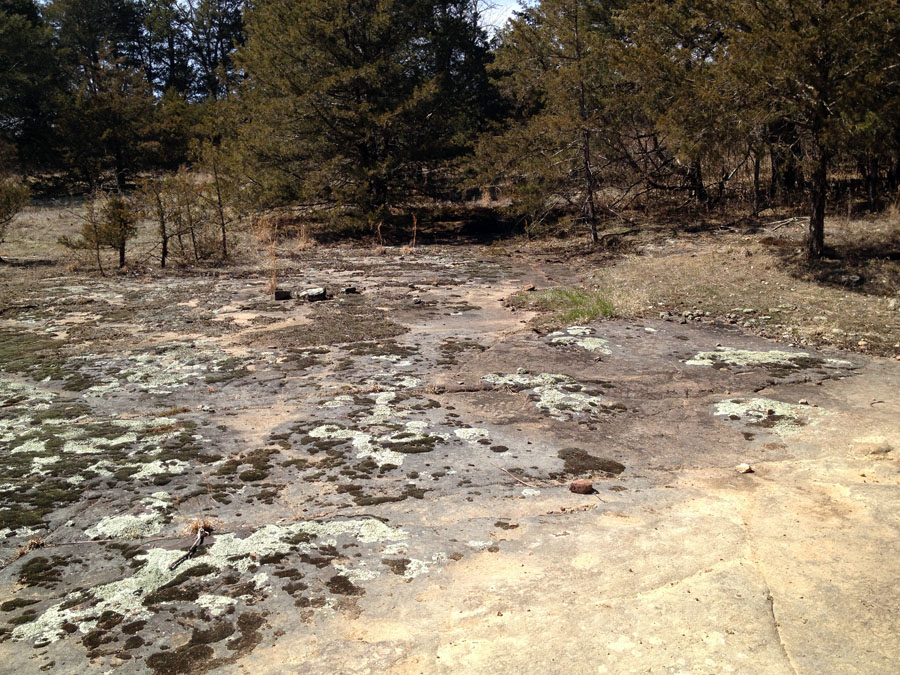 Flat sandstone bedrock (glade) where the Peene-Murat site is situated.