Stratigraphic profile of the Rice Rockshelter based upon Bob Bray's illustration in the Missouri Archaeologist. 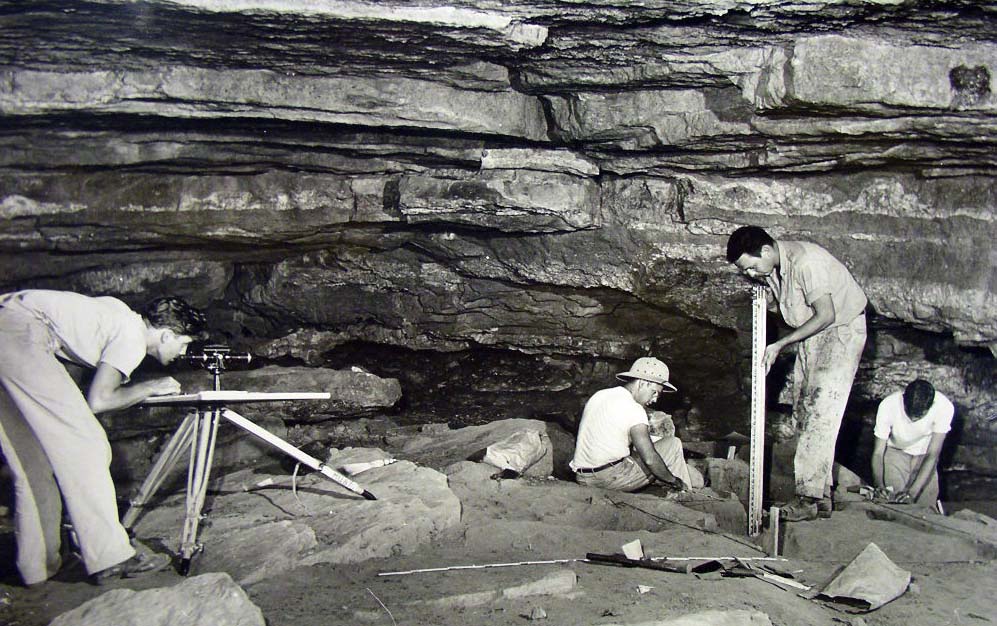 Plane table and alidade mapping of features on the floor of the rockshelter. Dick Murray is mapping with theplane table. Jim Lowe, Don Nowell, and Ron Miller are excavating during 1952. 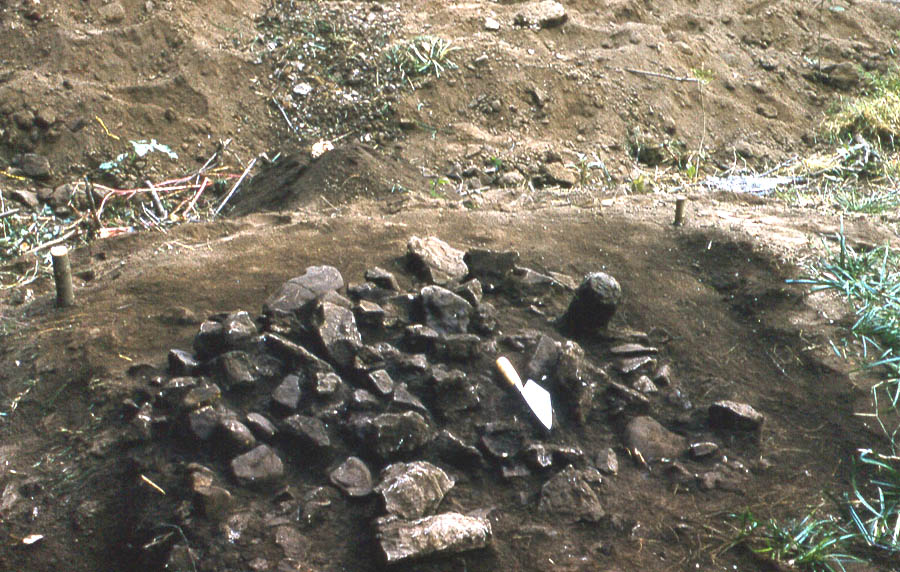 Cluster of stones interpreted as a cooking/campfire discovered in level 1 (surface to 6 inches below surface) in excavation unit 65R8. 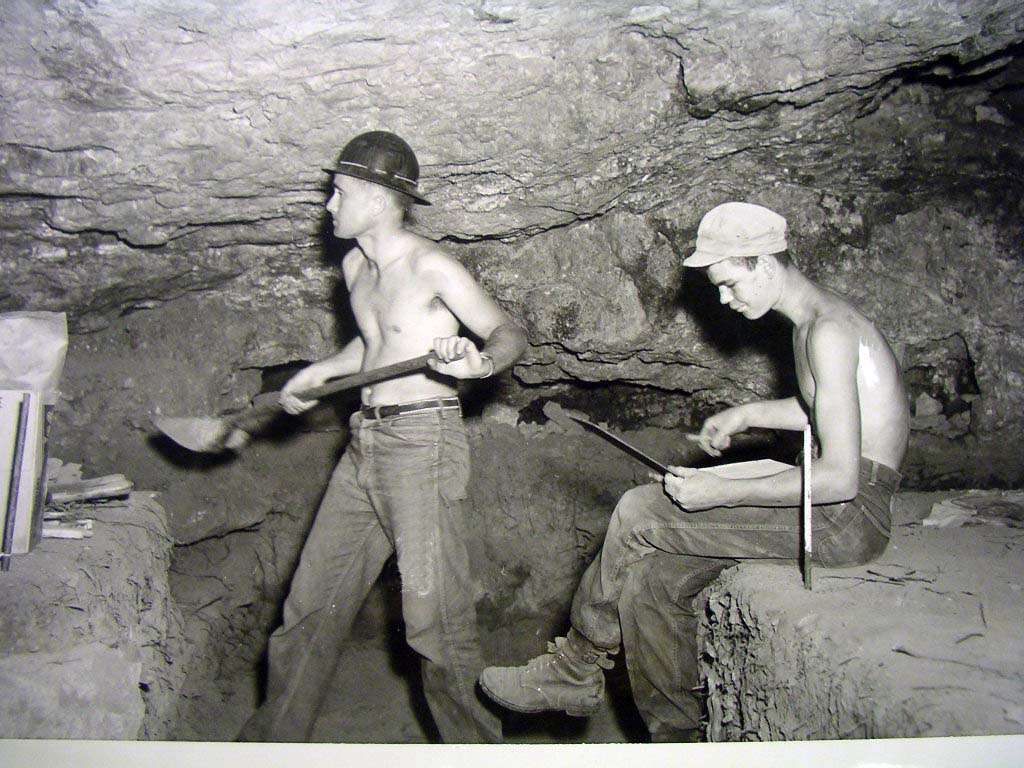 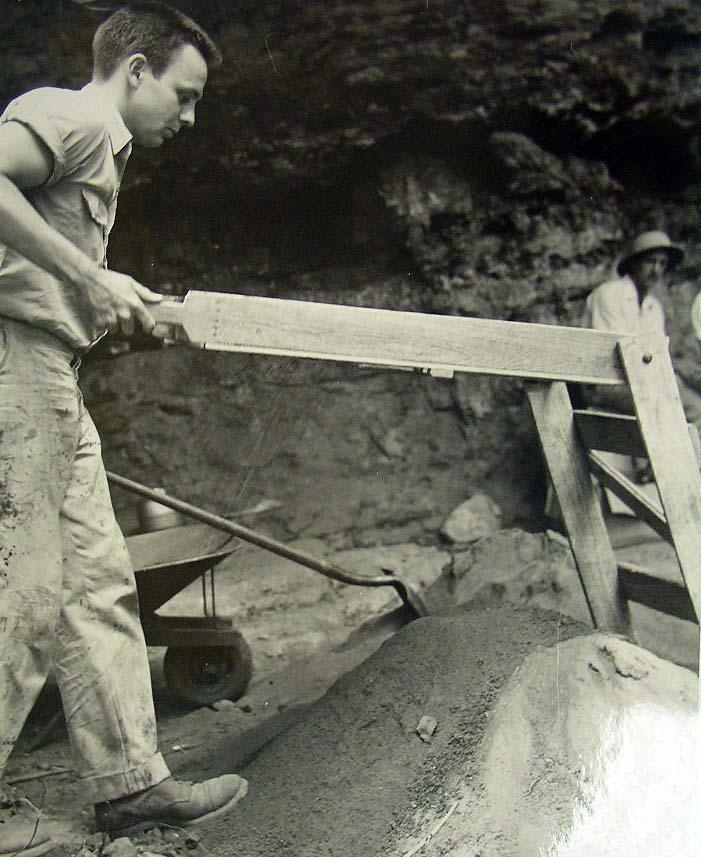 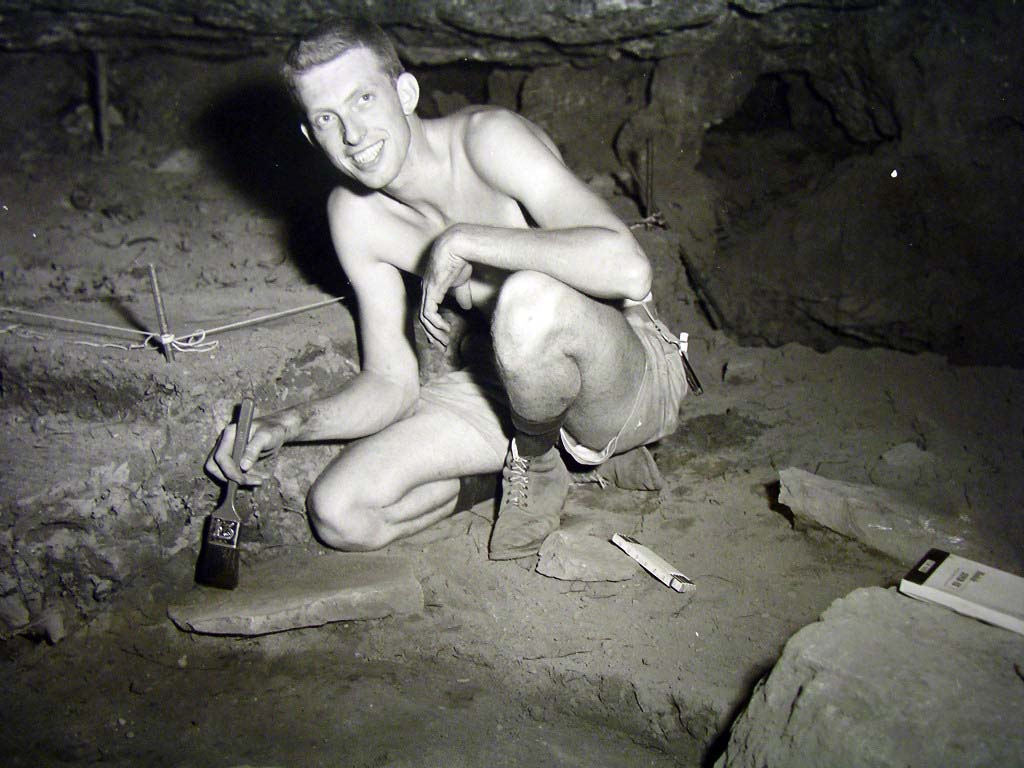 Richard Marshall brushes soil from the surface of a metate (grinding stone) dating from the Mississippi Period. 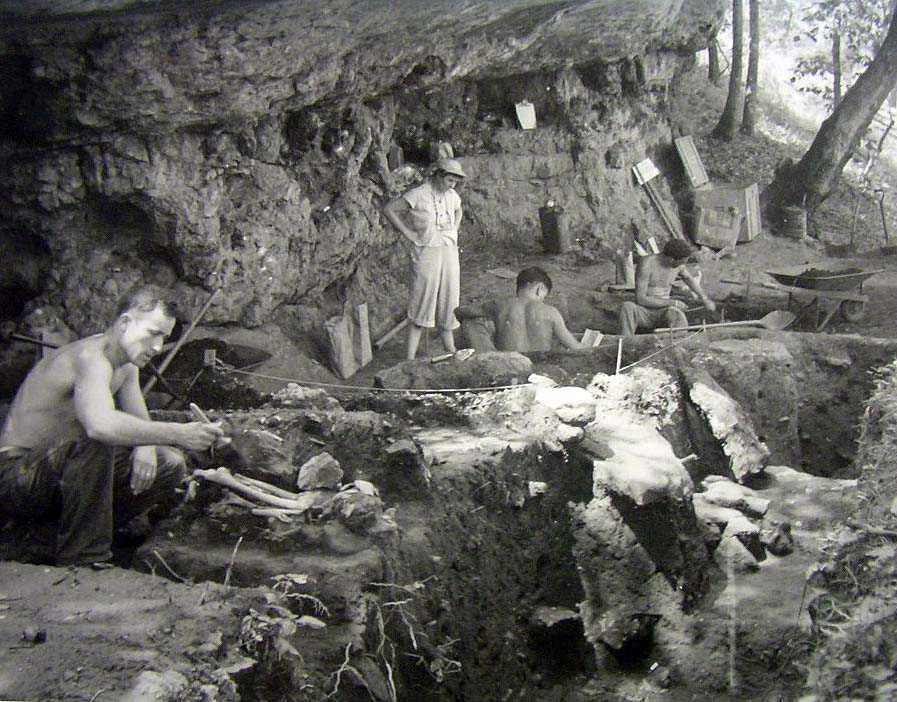 University of Missouri - Columbia excavating under the dripline of Rice Shelter (Bray 1956:Figure 16). 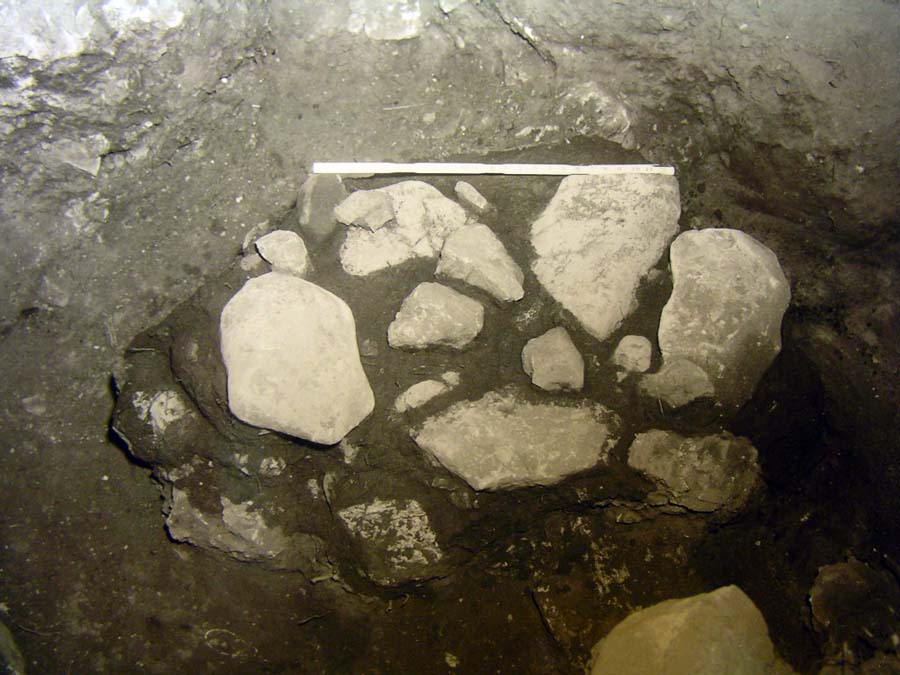 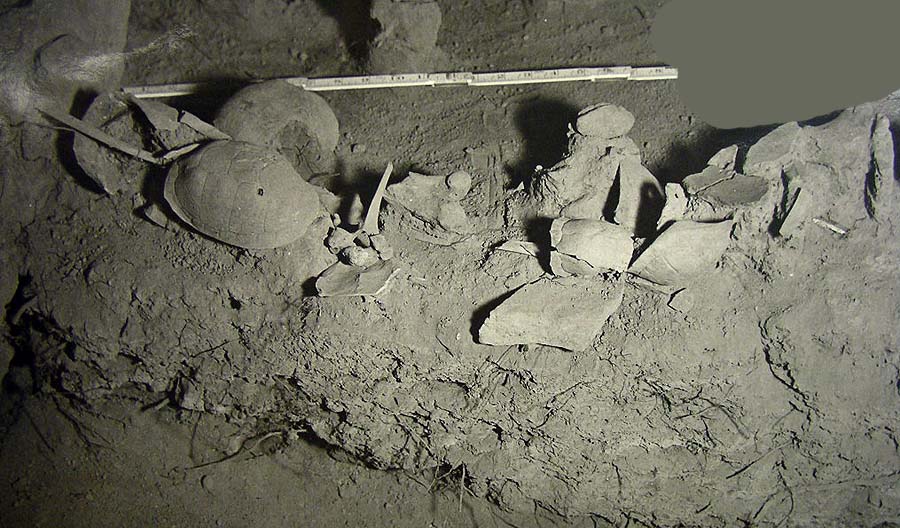 Remains of a Mississippi Period feast (ca. AD 1300) excavated in 1953. Terrapin shells, deer bones, and broken pottery vessels heaped next to a firepit. 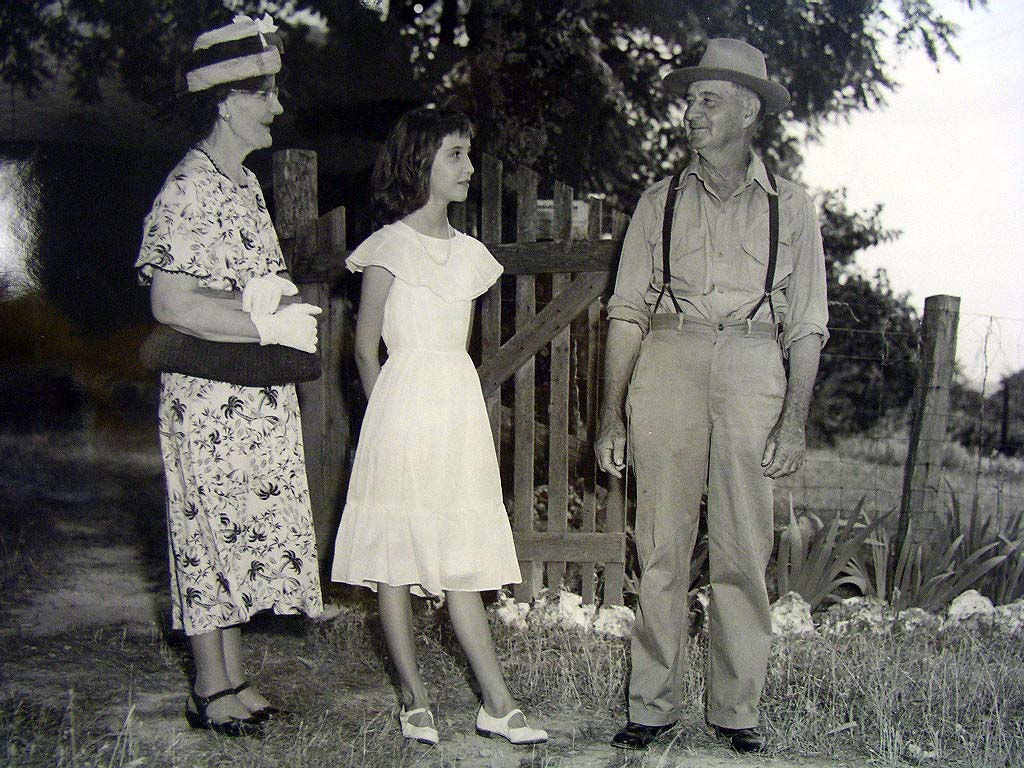 Rice Rockshelter was named after the landowners who were displaced by the construction of Table Rock Lake.