Lewis and Clark visited Tavern Cave on May 23, 1804 at the beginning of their expedition. The site was placed on the National Register of Historic Places on June 15, 1970. This site is located on private property and it is not open to the public. 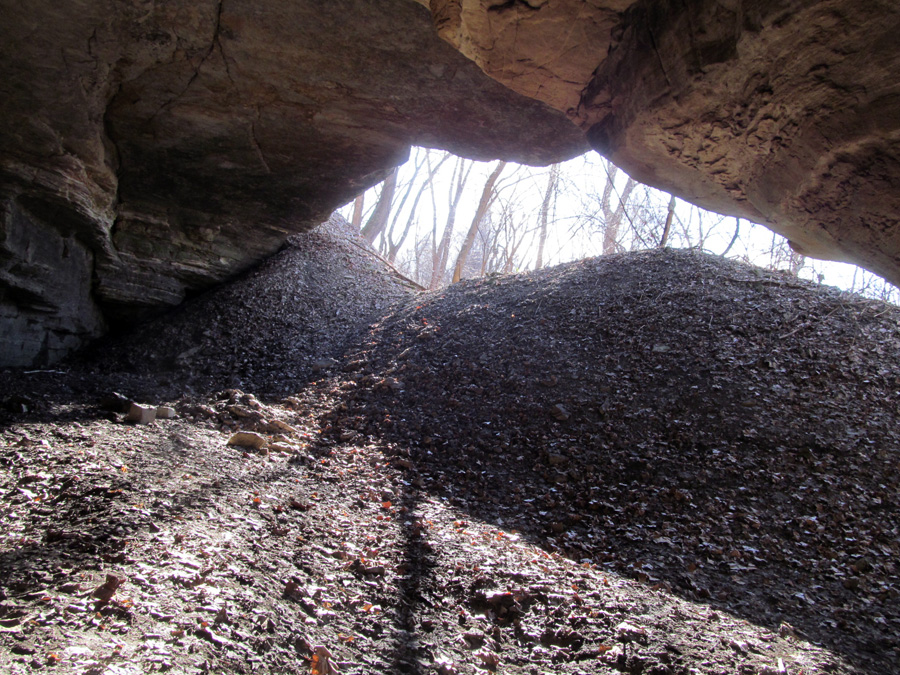 The entrance of the cave was radically changed in the mid-1800s when a large amount of stone was blasted from the bluff above the cave. Many tons of rock and soil spilled into the mouth of the cave as a result of the construction of a railroad grade. 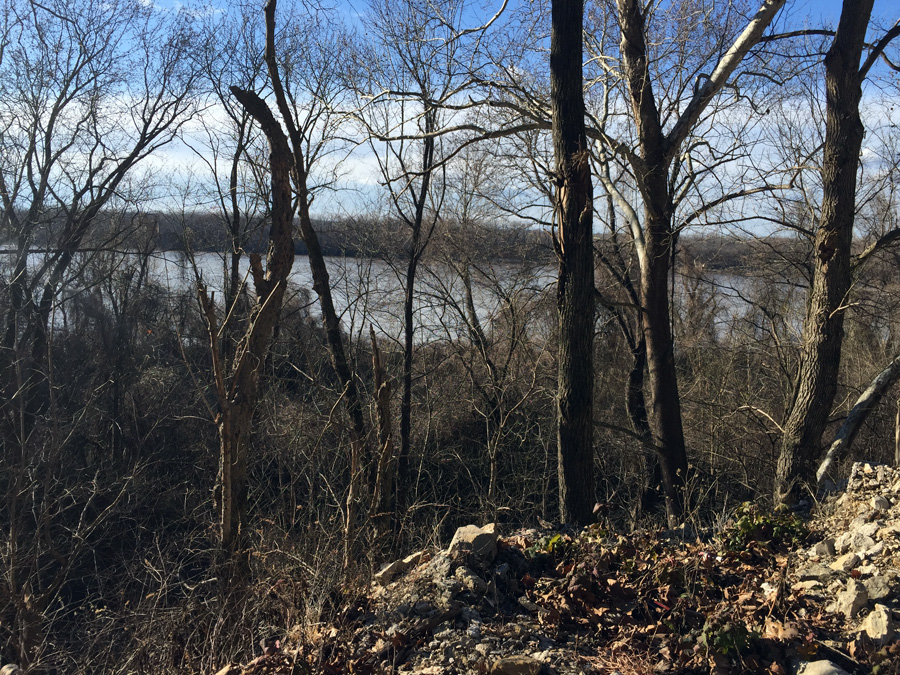 The Missouri River has shifted coarse since the early 1800s and flows approximatey one hundred meters west of Tavern Cave. 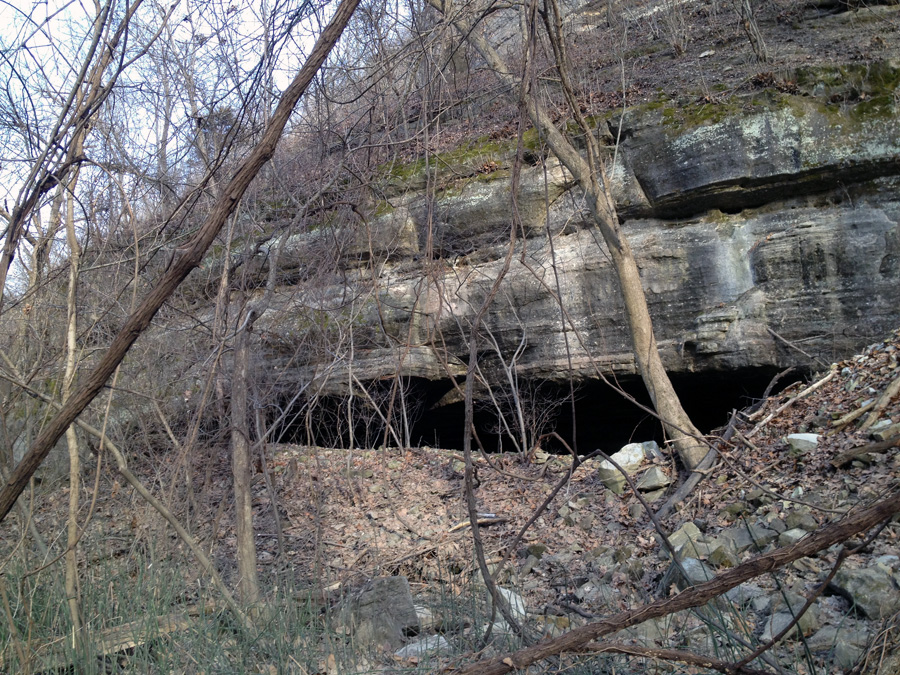 Entrance to Tavern Cave during February of 2016. 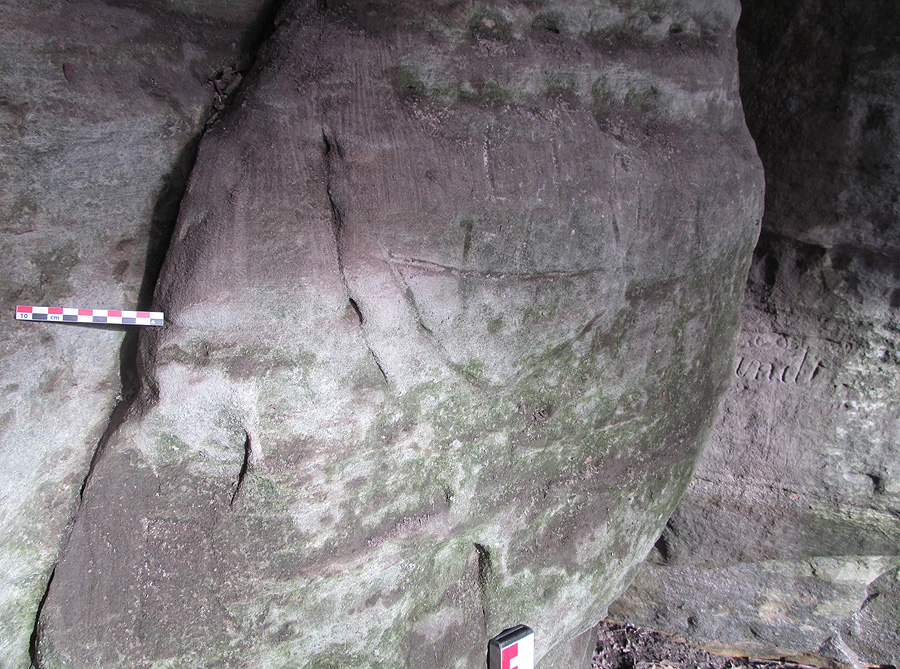 Clark noted in his journal that the walls of the cave were marked with images painted by the Native Americans and names inscribed by the French. Two centuries of periodic flooding has obscured/erased the paintings. One petroglyph is still visible in the center portion of the North wall at a height of approximately 1.5 meters above the cave floor. Scale is 10 cm. 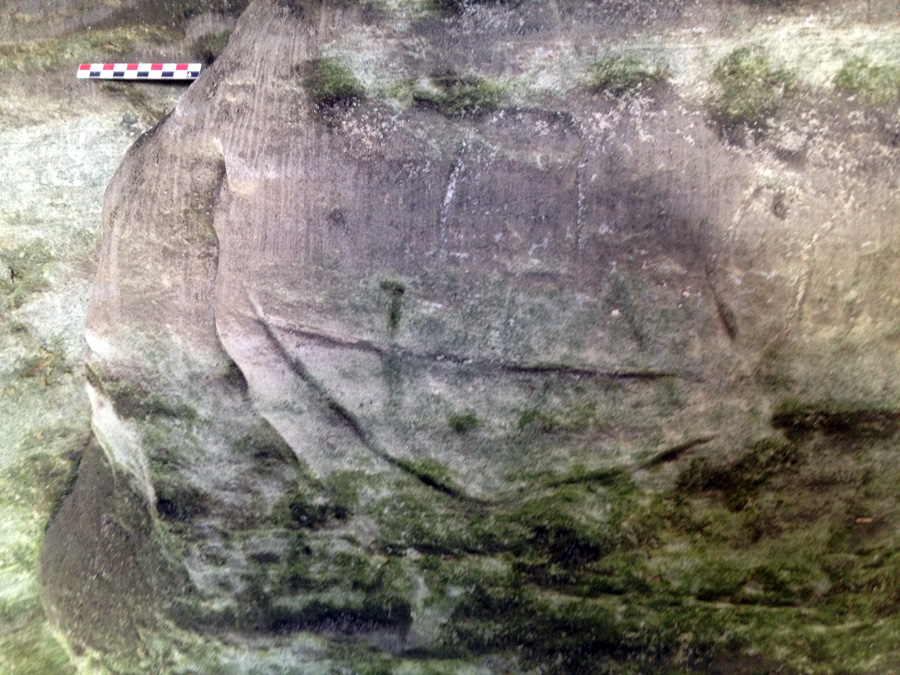 Another photograph of the canoe or flatboat petroglyph. Scale is 10 cm. 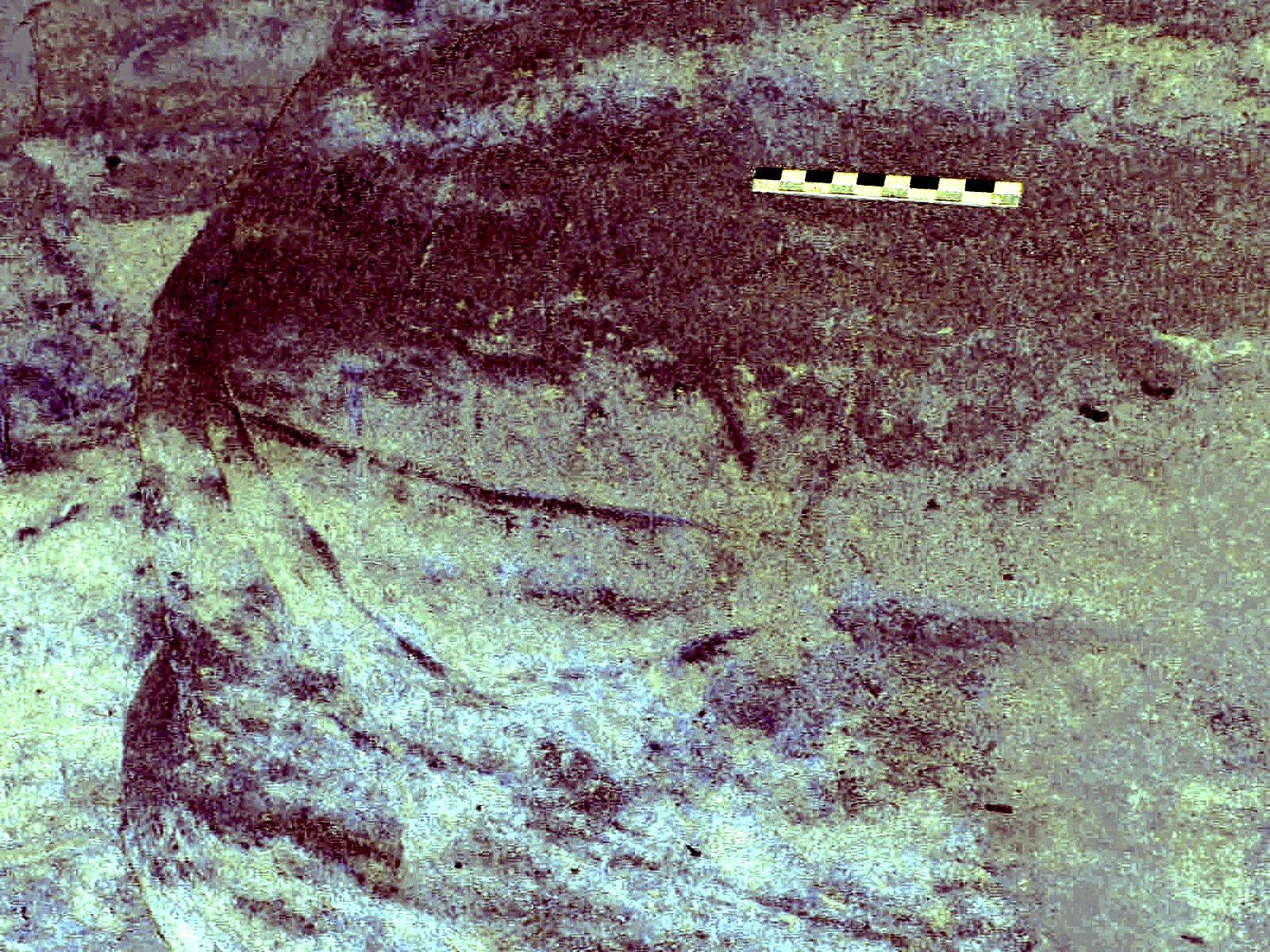 Dstretch image of the petroglyph on the North wall of Tavern Cave. My impression in the field was that the petroglyph is either a canoe or a historic flat boat. Scale is 10 cm. 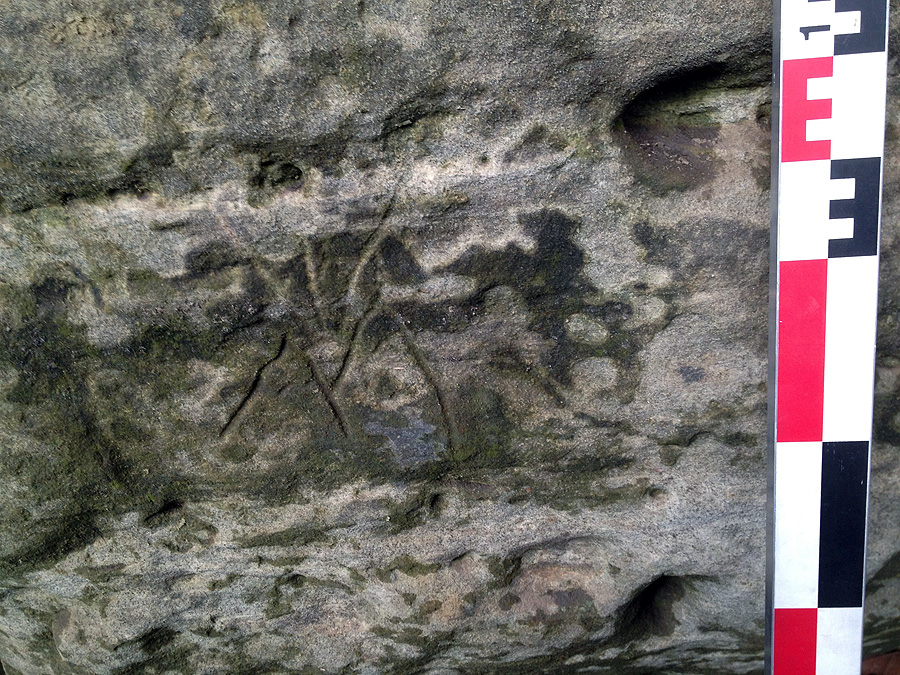 Cluster of faint marks on the west side of the north wall appear to be Native American. Scale units are 10 cm. 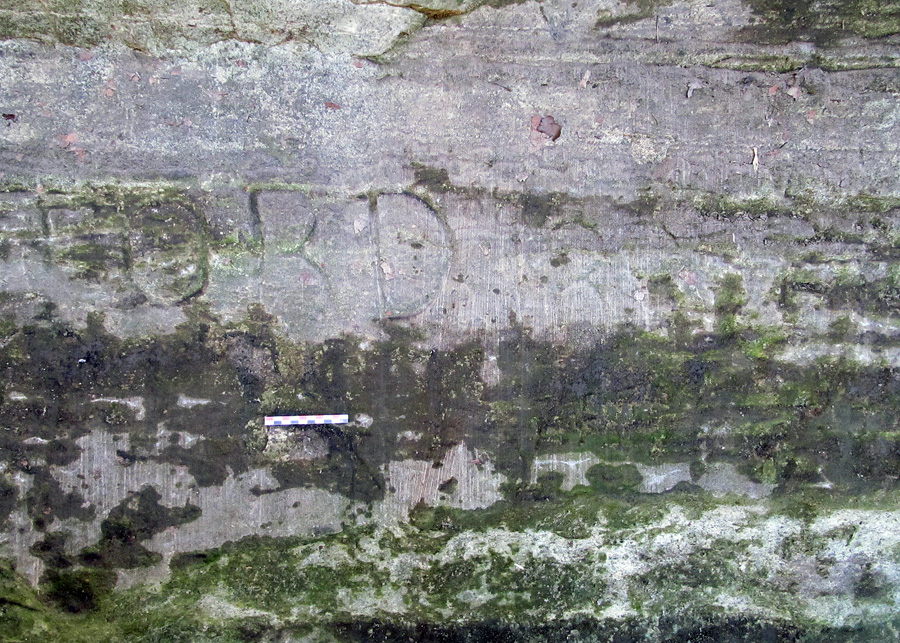 Several 19th century era inscriptions are preserved on the east wall of Tavern Cave. Some individuals believe that the prominent letters ORD 18[xx] were carved by Sgt. John Ordway of the Lewis and Clark Expedition in 1804. This interpretation has been disputed and some individuals have argued that it is FORD 18[xx]. Scale is 10 cm. 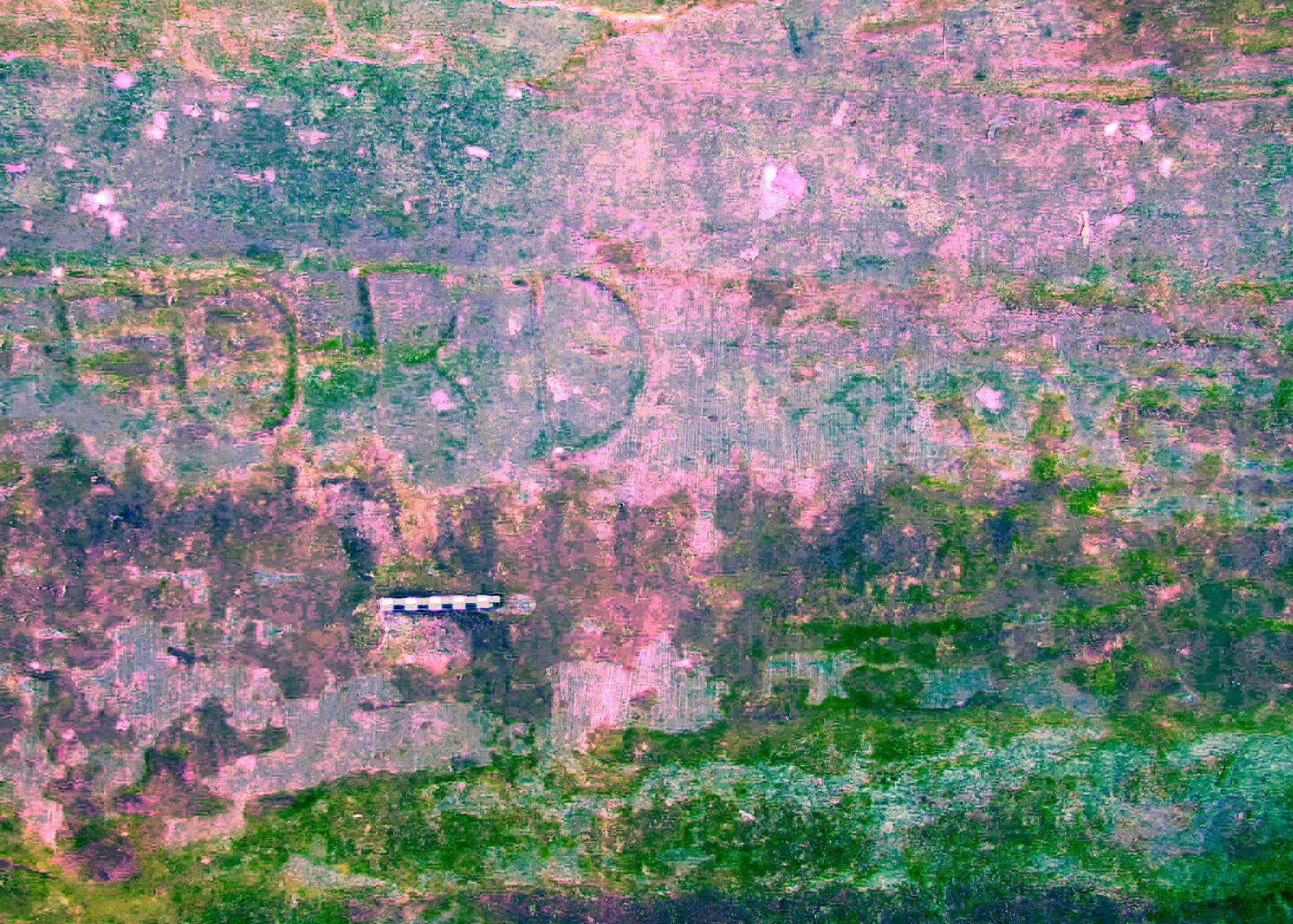 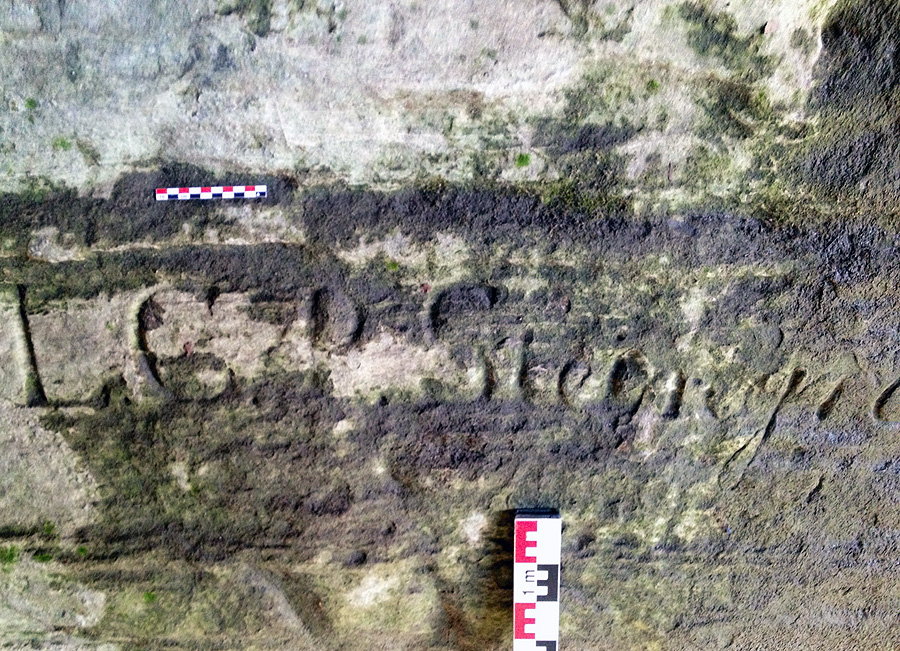 Calligraphic inscription at the north end of the east wall. Scale units are 1 cm. 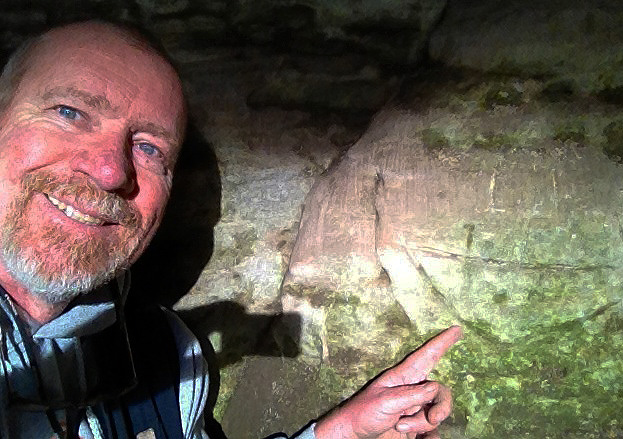 Professor Fuller points out the petroglyph on the North Wall of Tavern Cave. 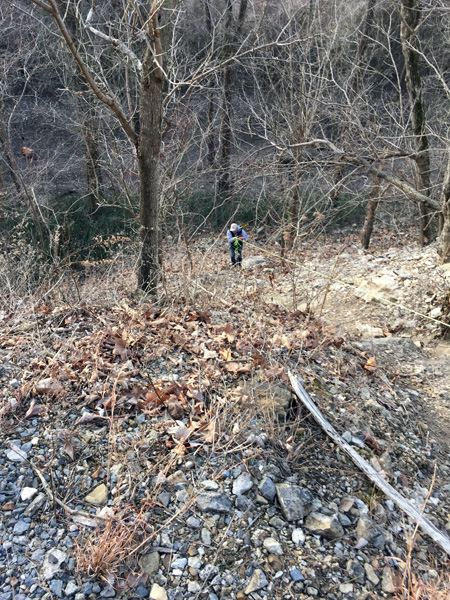 Michael Fuller using a climbing rope to come up from visiting Tavern Cave; photograph by Neathery B. Fuller. 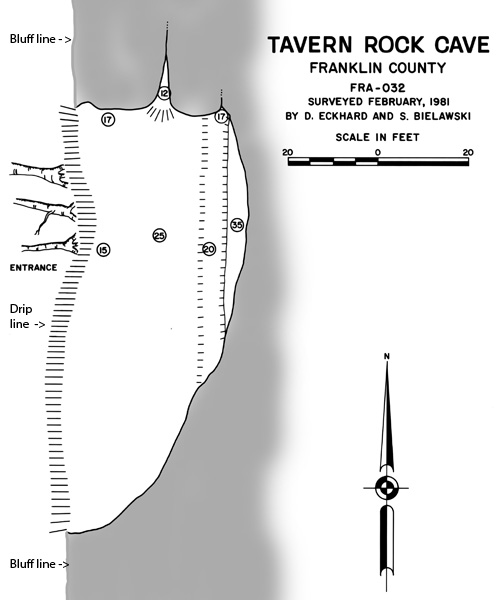 Map of Tavern Cave provided by the Missouri Speological Survey.