Professors Michael Fuller and Neathery Fuller visited the Tinganes rock art site situated in the city of Torshavn on the Faroe Islands during August of 2019. 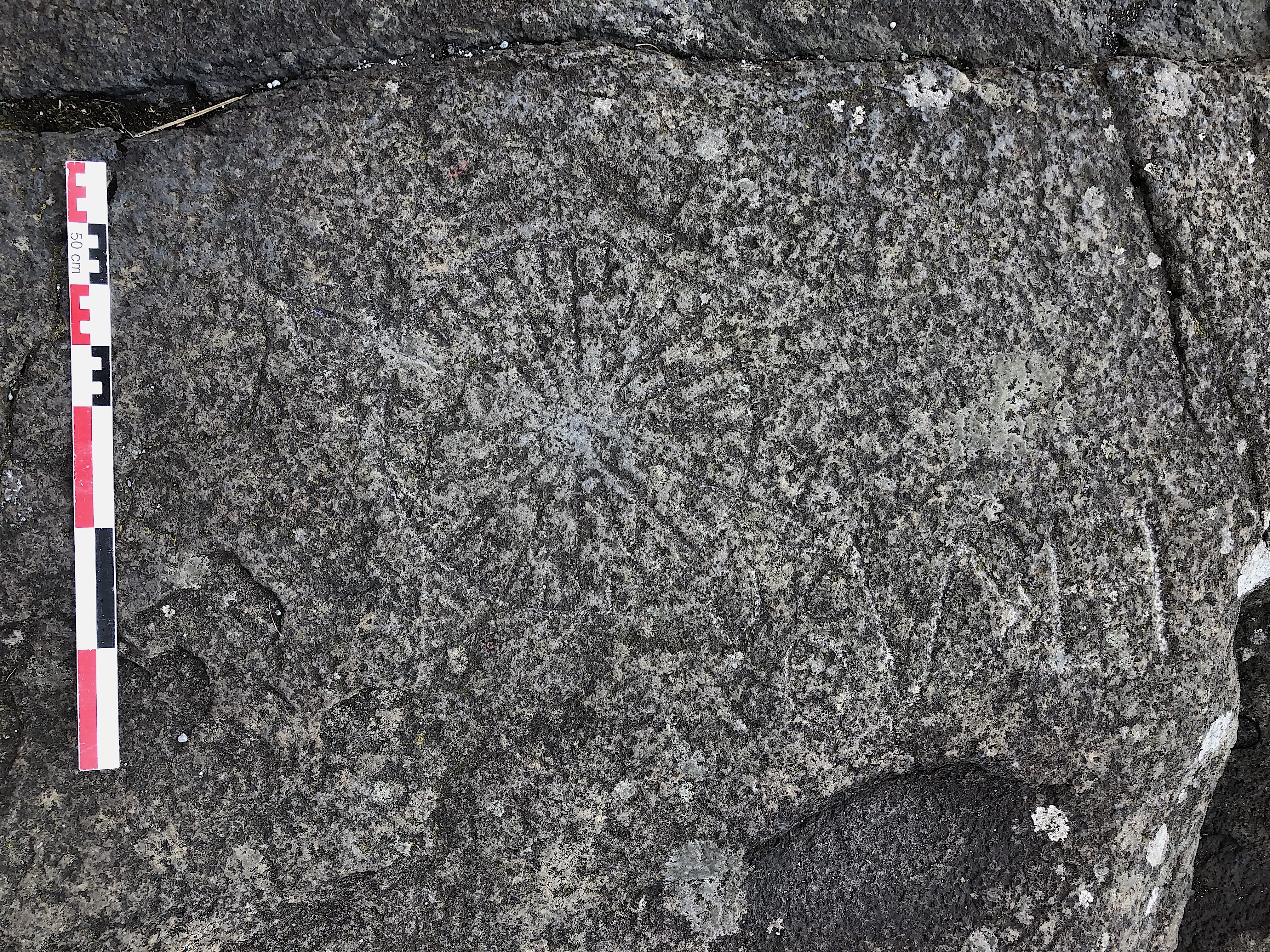 Compass rose pecked into the bedrock at Torshavn. Scale is 50 cm. Tinganes means "parliament jetty" and is the location where the Norwegian colonists held their "Ting" (parliament) during the Viking Age. 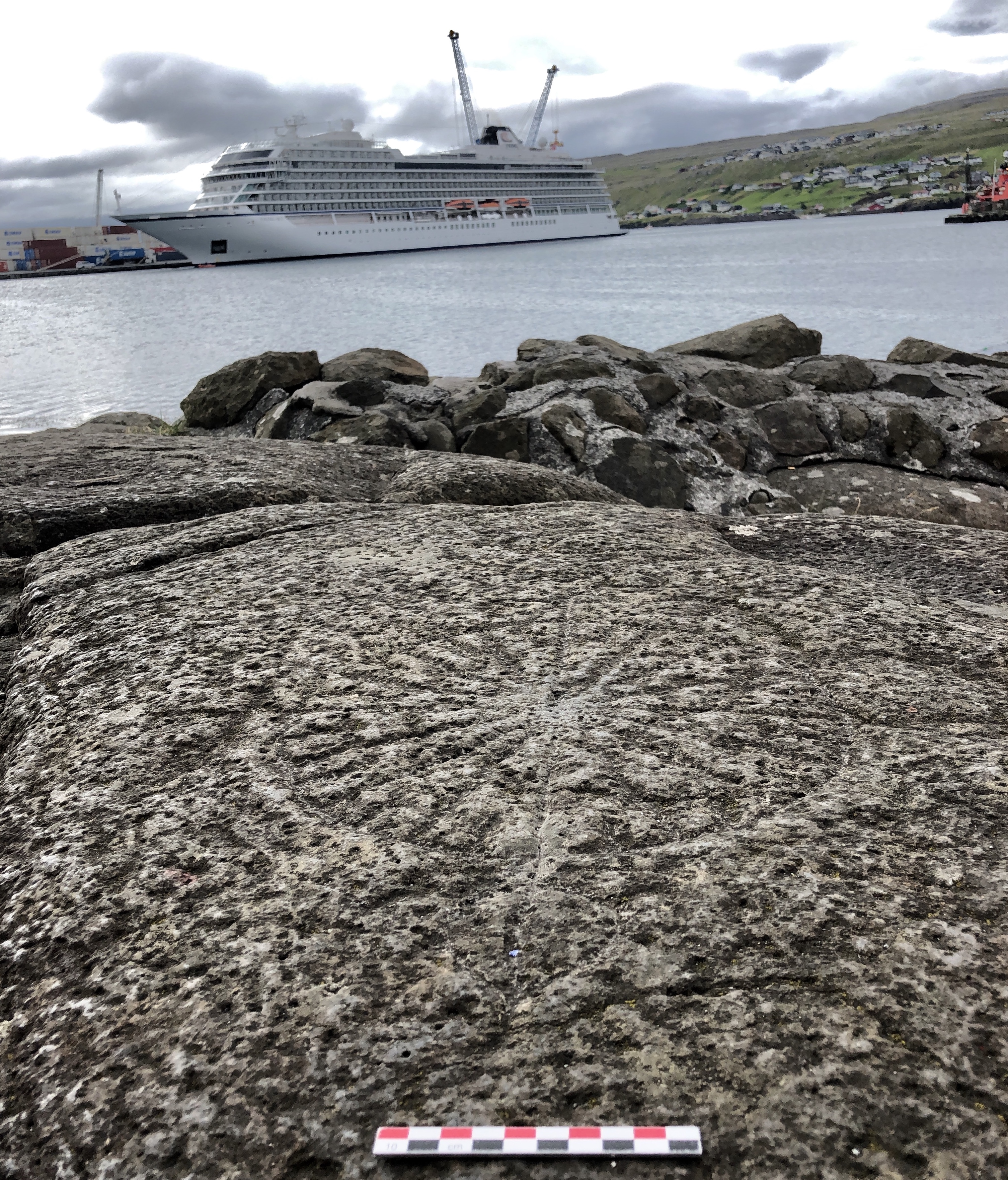 Oblique view of the compass rose petroglyph at Torshavn with the Viking Sky cruise ship in the distance. This image is looking directly to the South. Scale is 10 cm. 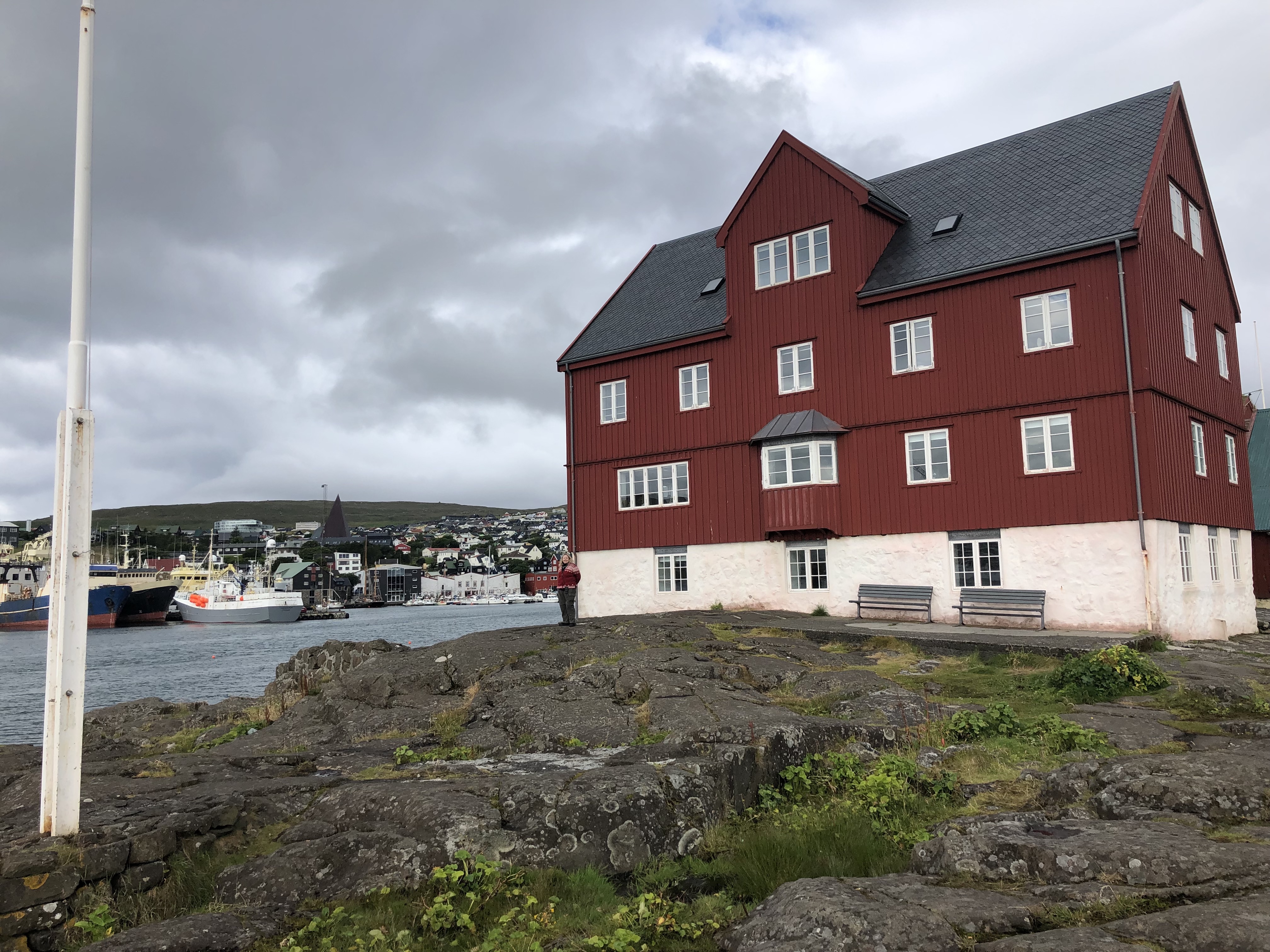 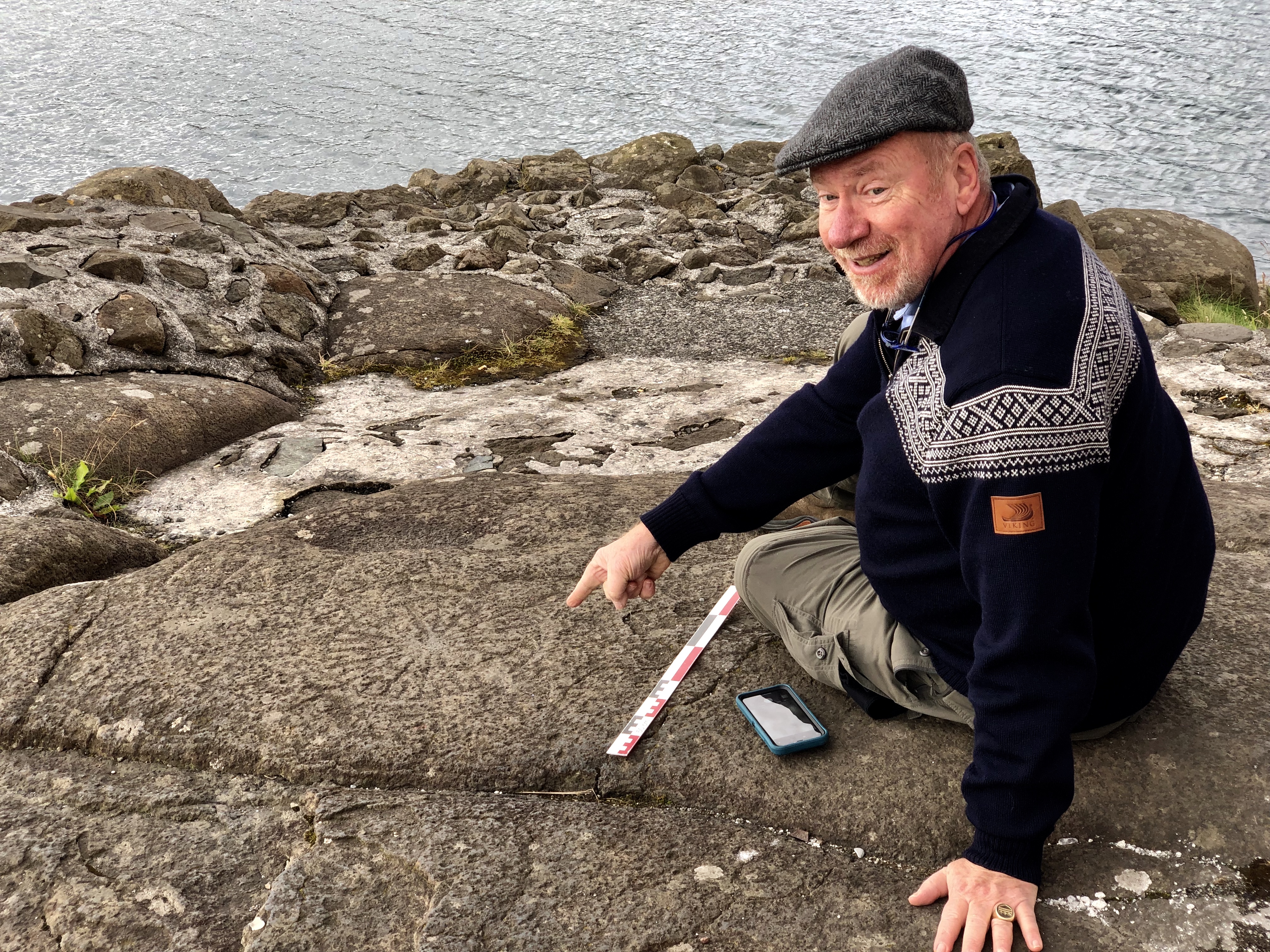