The Wenkle petroglyph site in Franklin County was documented by Robert Elgin (member of the Missouri Archaeological Society) during the 1950s; it was recorded by Dale Henning and Leslie Cahill. The site is very isolated and located on private land; it is not open to the public. 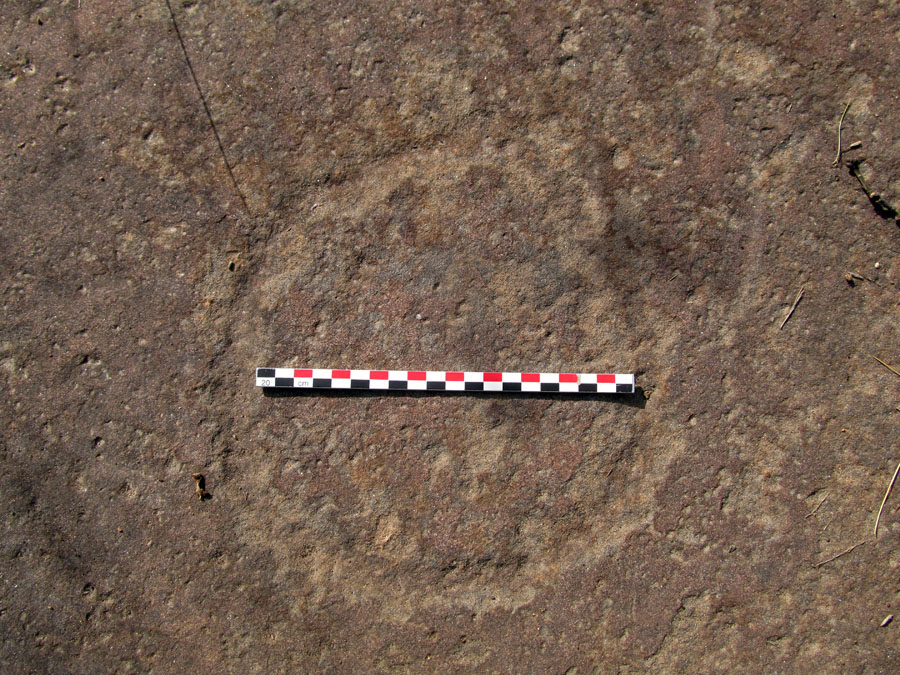 Circle petroglyph at the Wenkle site; scale is 20 cm. 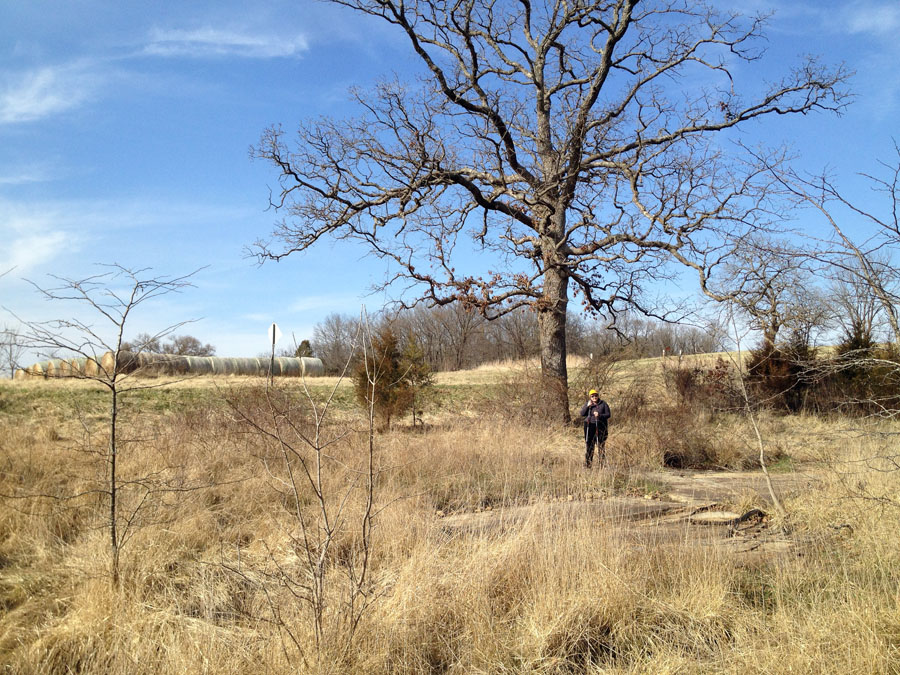 The Wenkle site was cut into a horizontal sandstone shelf.