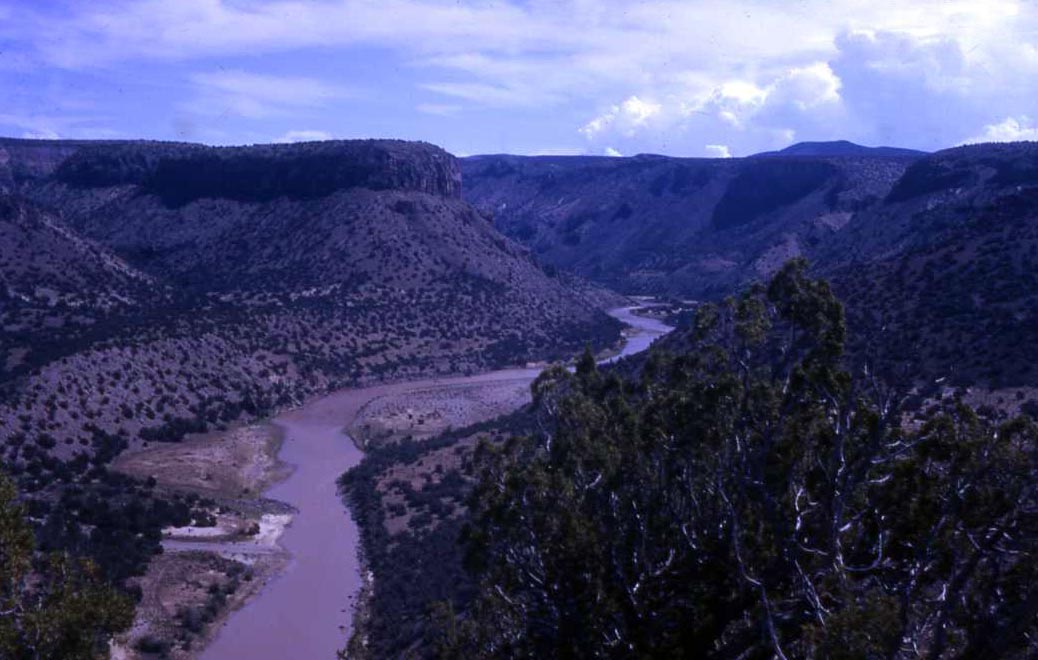 I photographed the ruins in Bandelier National Monument while travelling in the Southwest during Summer of 1974. Jim Chiles, my high school debate partner, drove his father's truck on our odyssey to visit a variety of sites. We spent days hiking and takinig photographs. 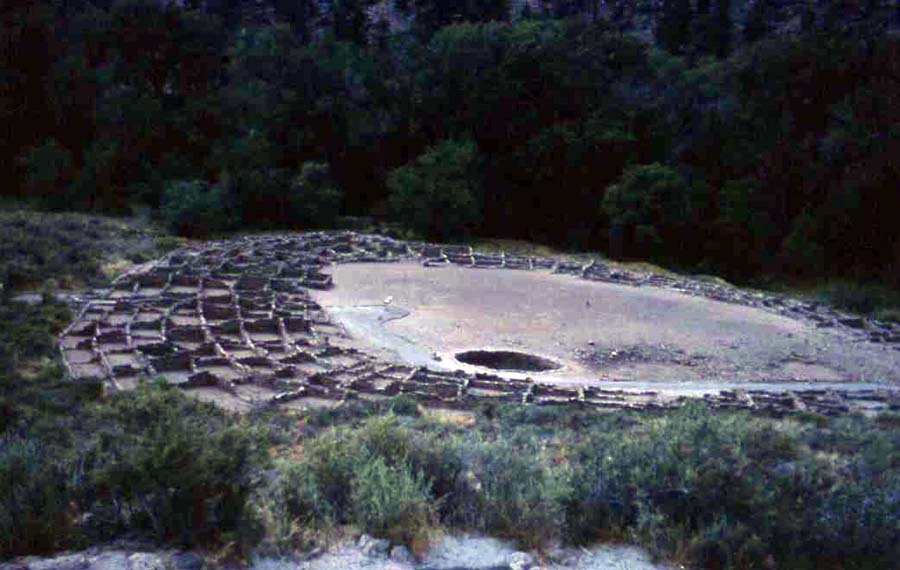 Tsankawi pueblo is located in Bandelier National Monument. The Tewa Indian name for the site is saekewikwaje onwikege which means "pueblo ruin above the gap of the sharp round cactus." 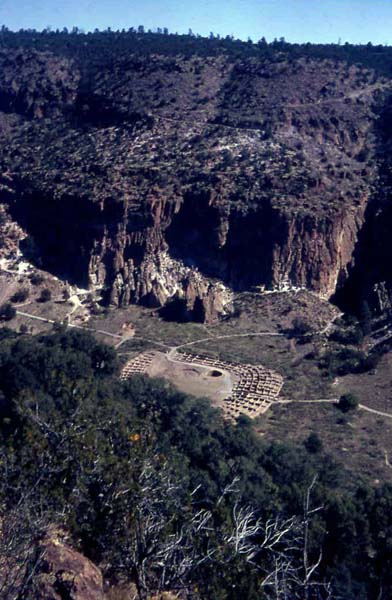 The pueblo contains about 350 rooms. It was two and perhaps three stories high. The site was occupied as early as AD 1200 with the main building phase around AD 1400. 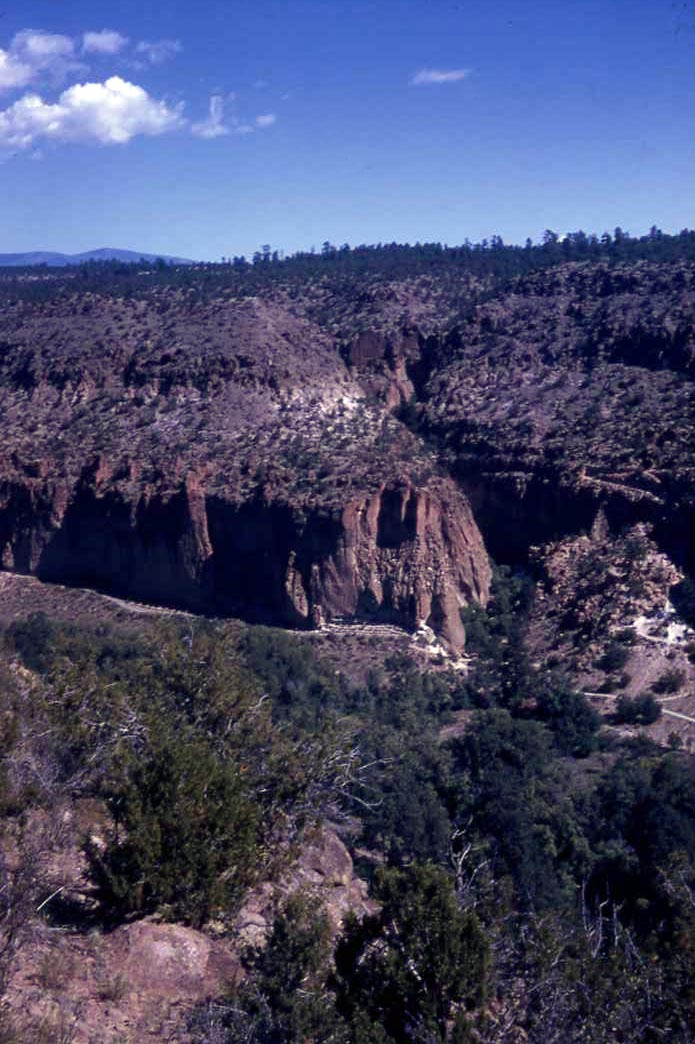 The pueblo of Tsankawi was abandoned in approximately 1600. One tradition suggests that the modern population of San Ildefonso pueblo, located 8 miles northwest, contains descendants of Tsankawi. 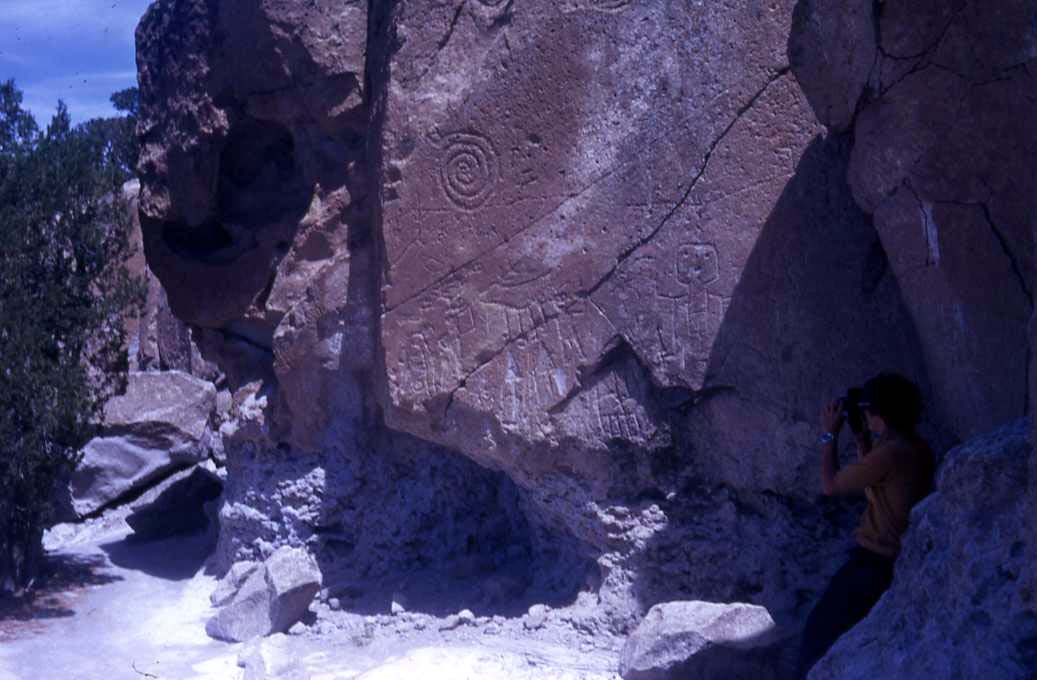 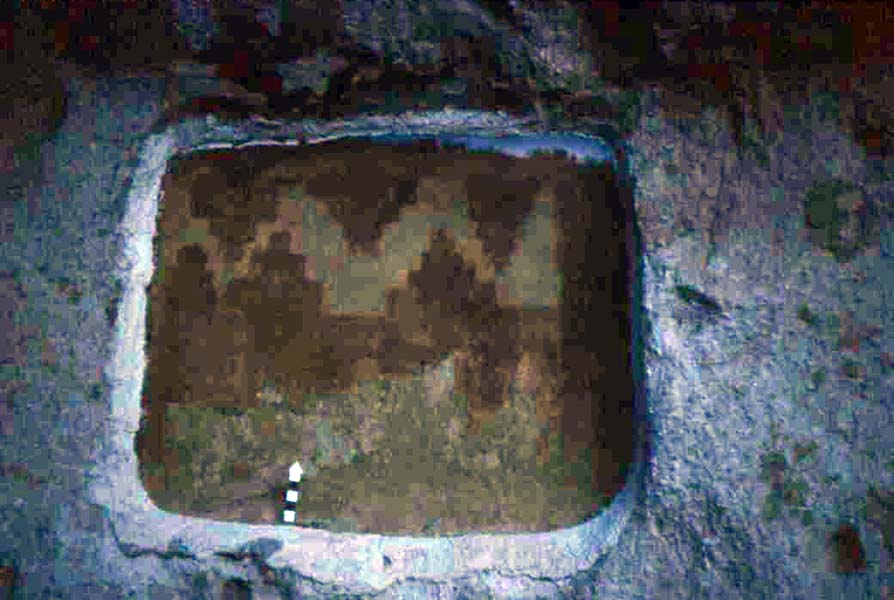 Protected wallpaining on a portion of preserved walls in the cliffdwelling against the bluff facing Tsankawi. 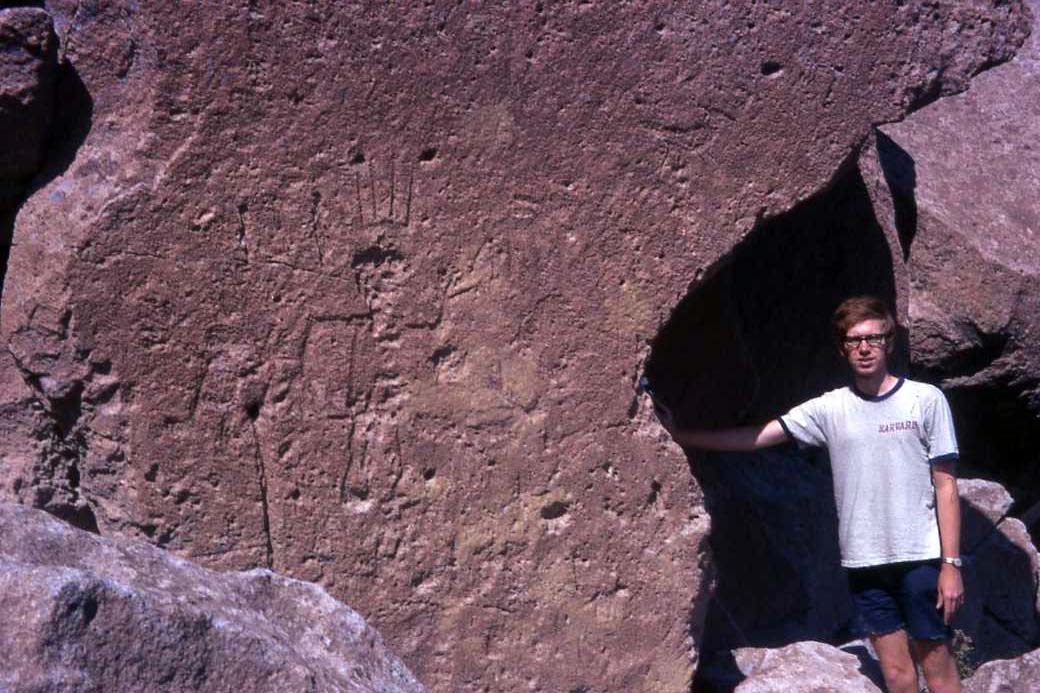 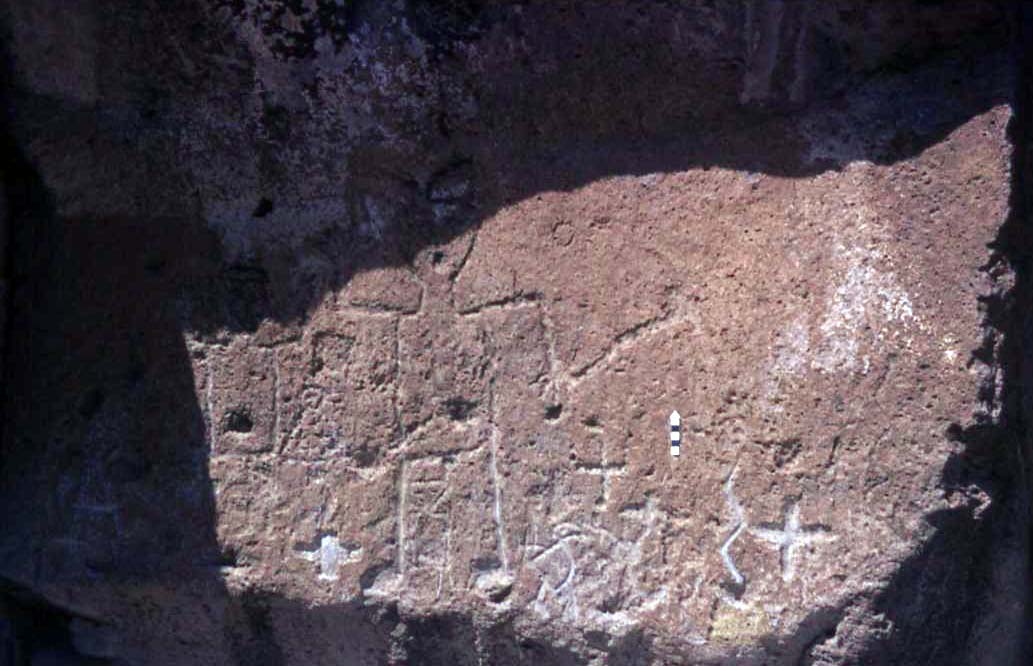 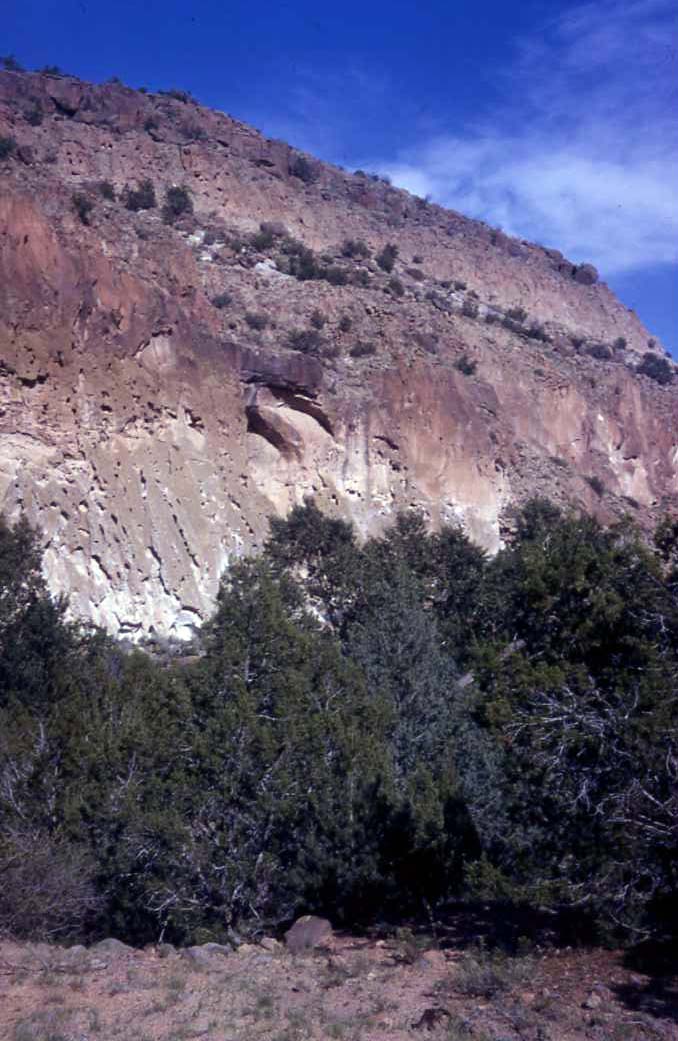 Painted cave from a distance. 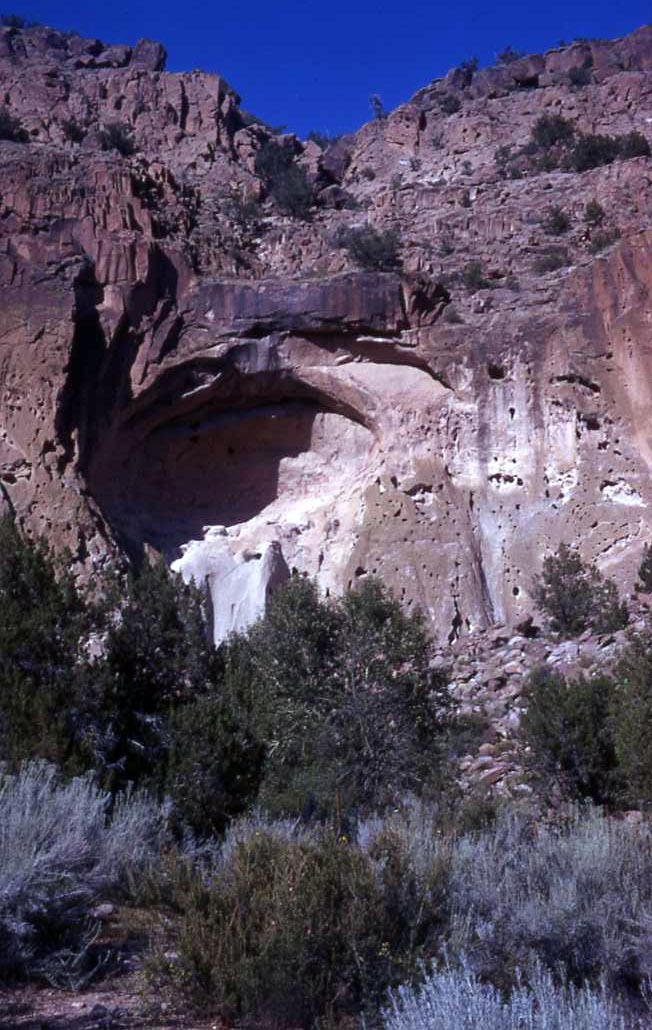 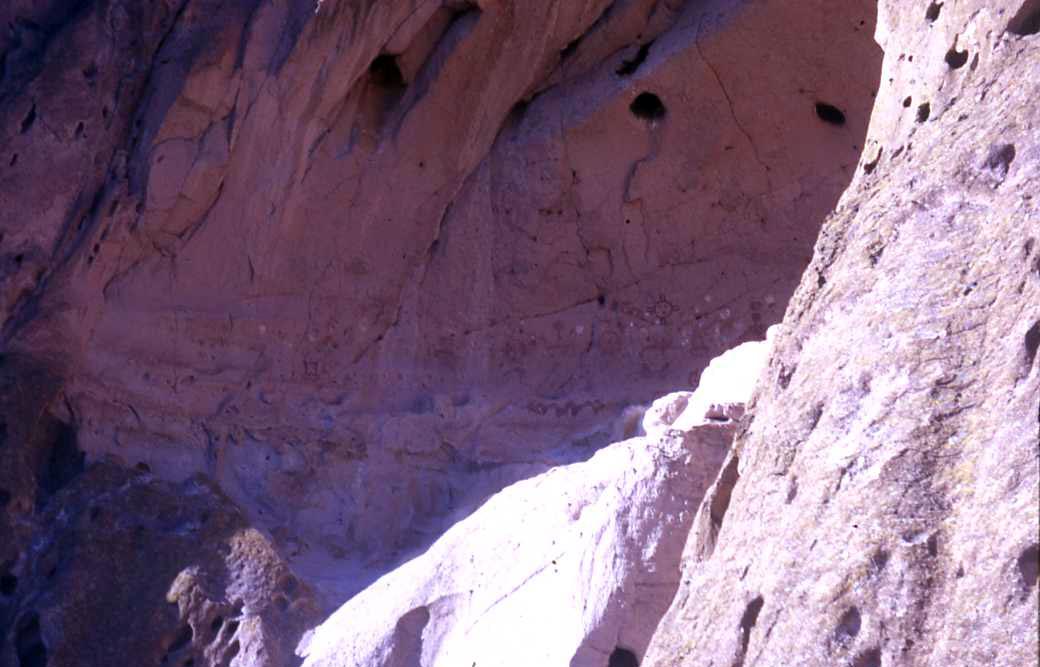 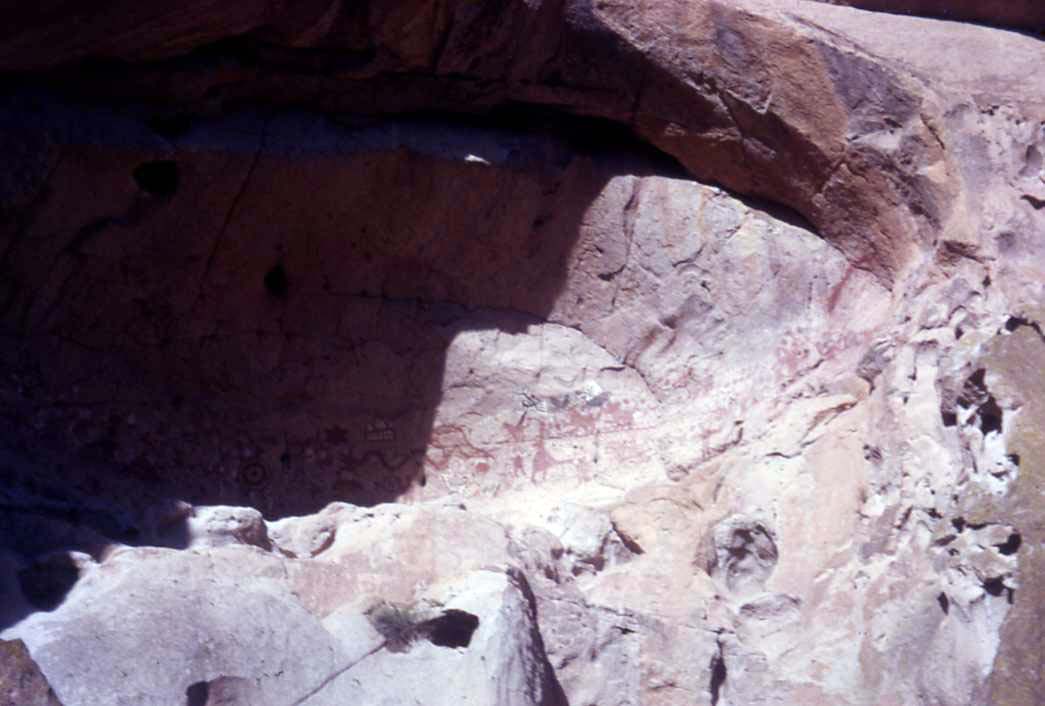 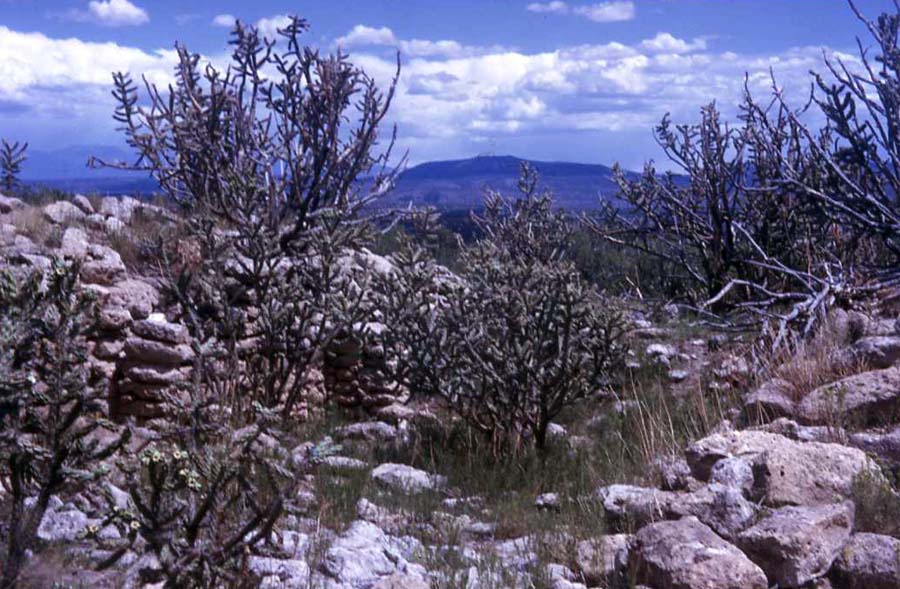 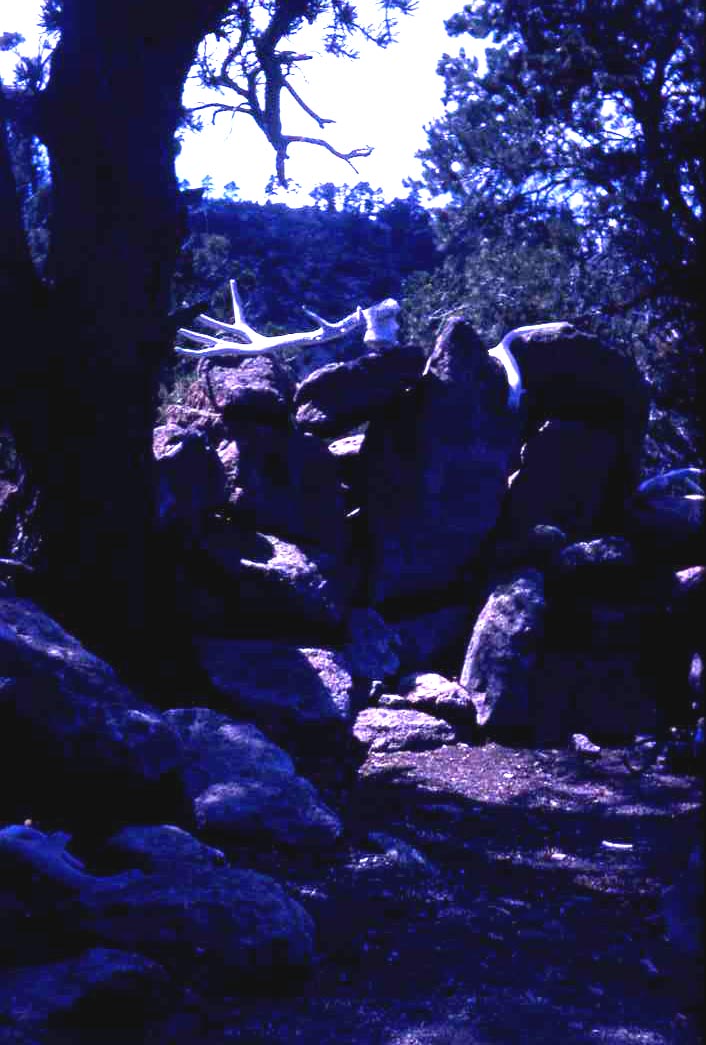 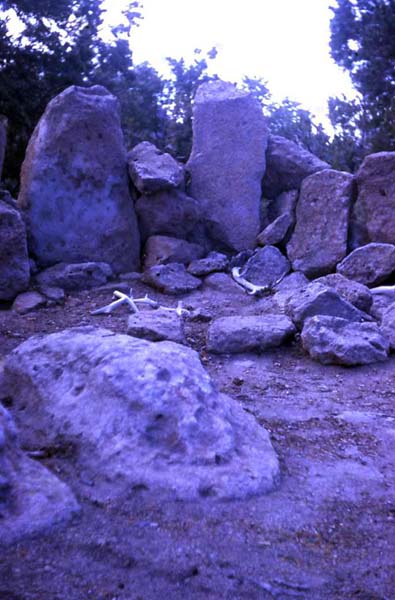 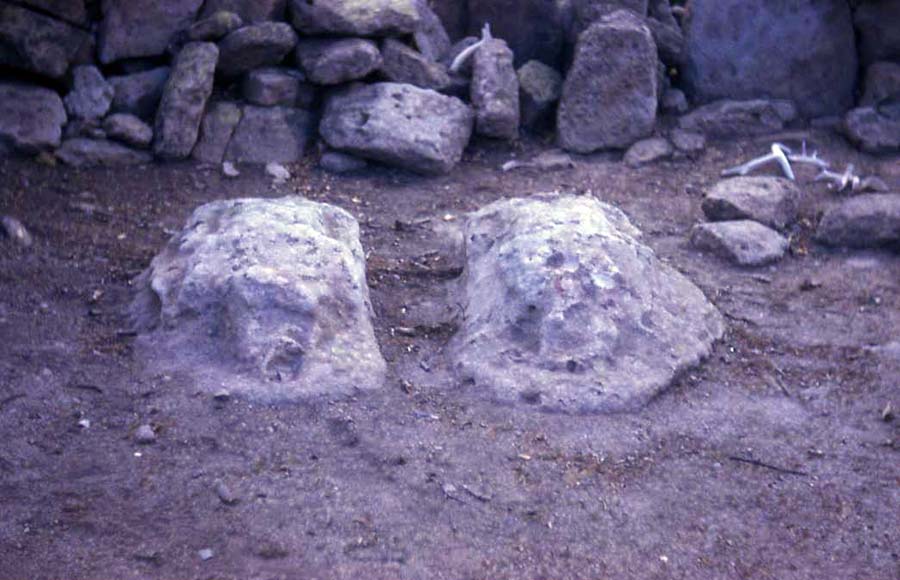