These images are from the City of London Museum and the British Museum. 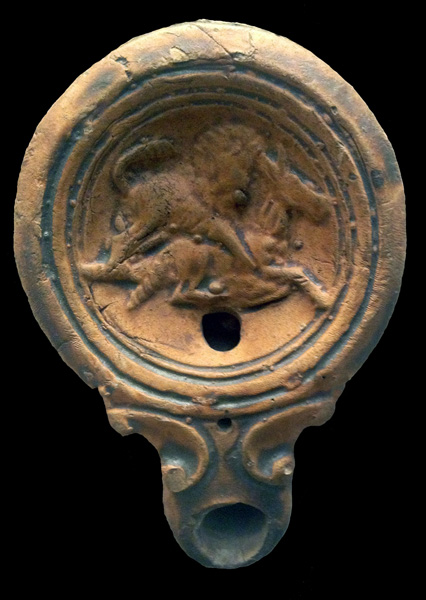 Moldmade oil lamp with the design of a lion attacking a deer on the discus of the lamp. From Roman occupation layer in London. British Museum reg. no. PRB 1856,7-1,340. 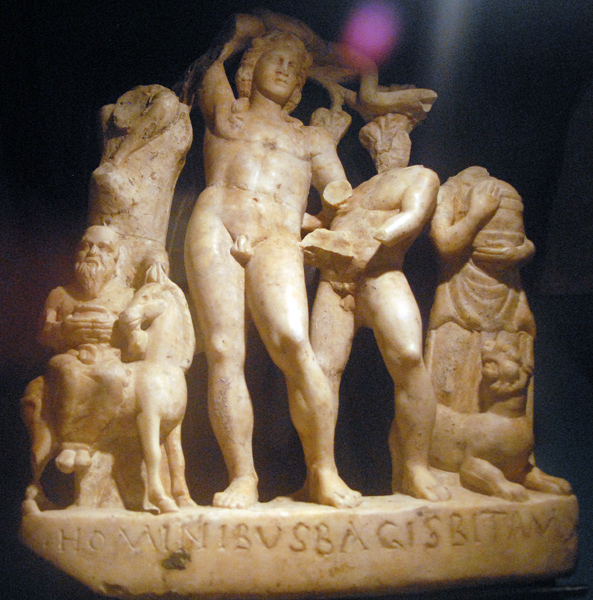 Marble status of Dionysus from the site of the temple of Mithras in London (added to the temple after the Mithras cult had waned?). The inscription reads HOMINIBVS BAGIS BITAM (Latin, Giver of life to wandering men). Accompanied by Silinus (riding on a horse and holding a wine cup), a satyr, maenad, and a panther. 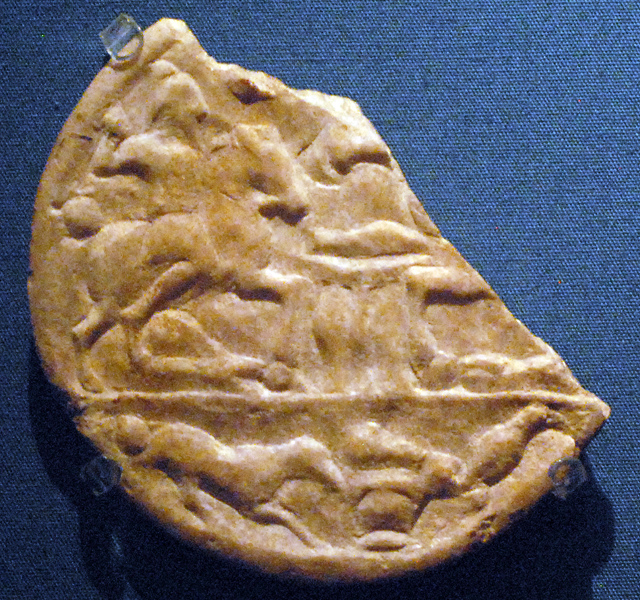 Broken fragment from the temple of Mithras showing two rider gods (associated with the Dioscuri, Castor and Pollux) and a Danubian great goddess in the center. 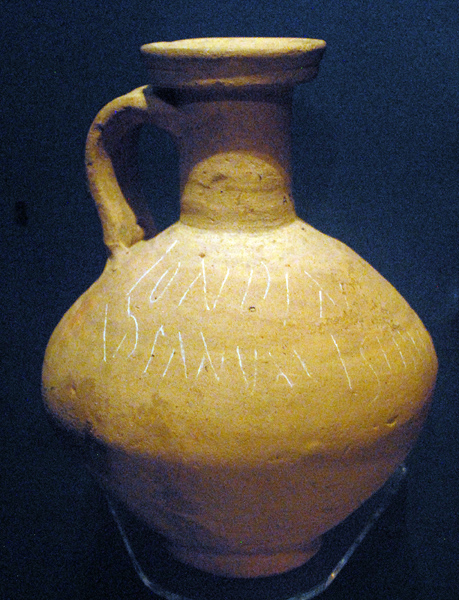 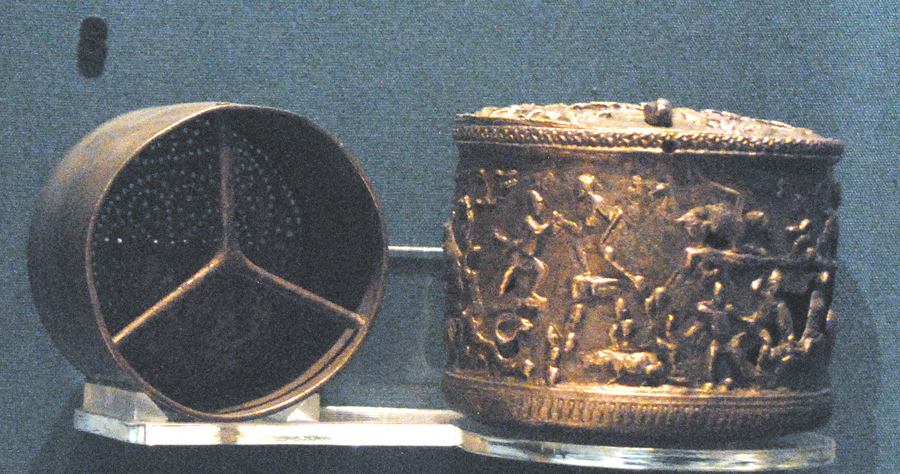 Mithras metal canister and strainer from the Temple of Mithras. 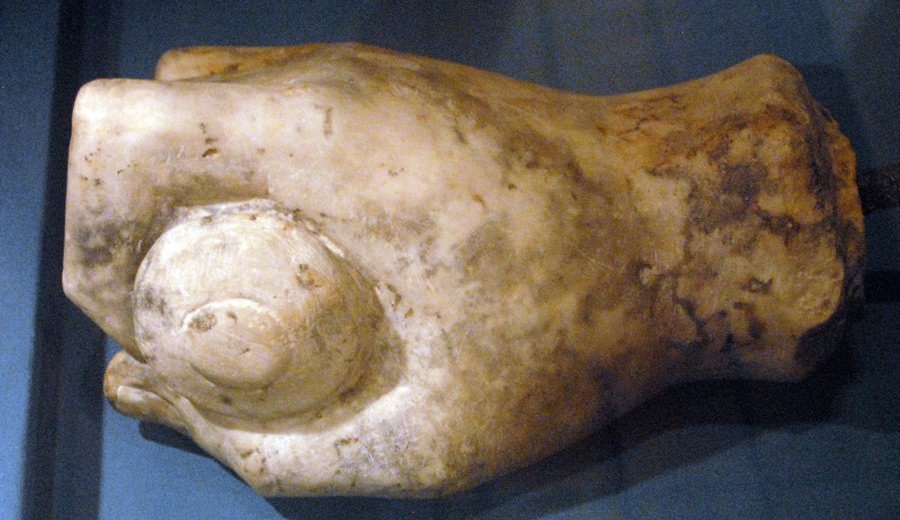 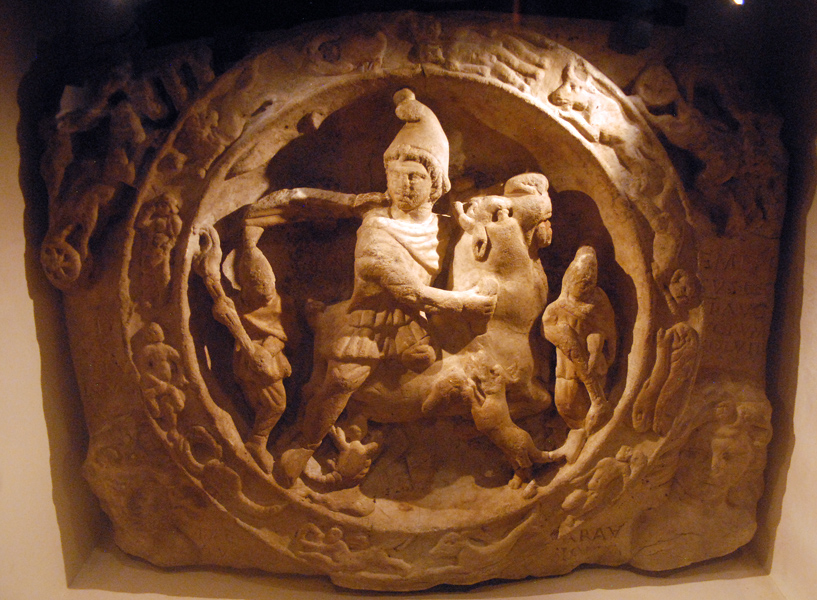 Panel of Mithras slaying the bull from London. 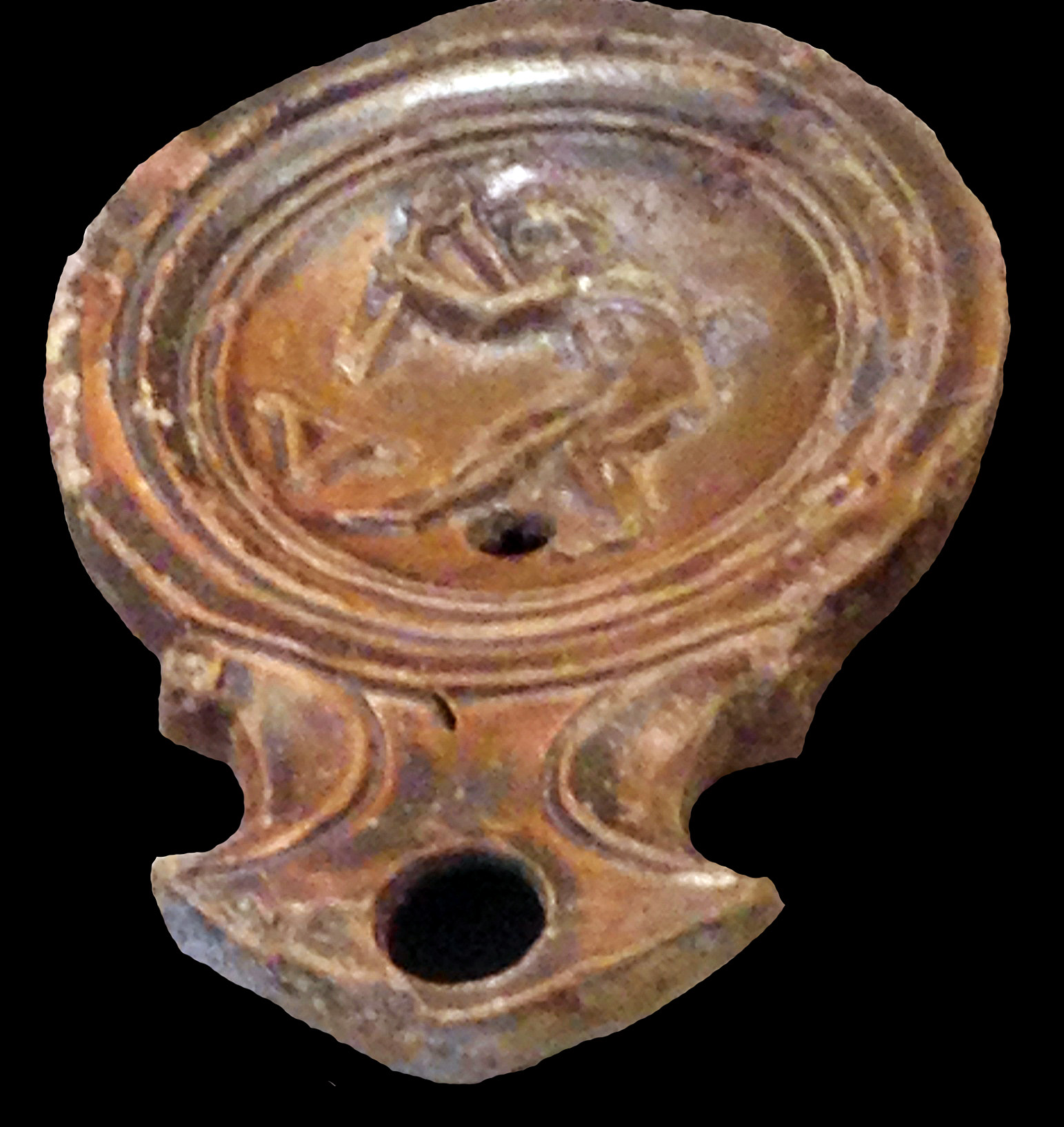 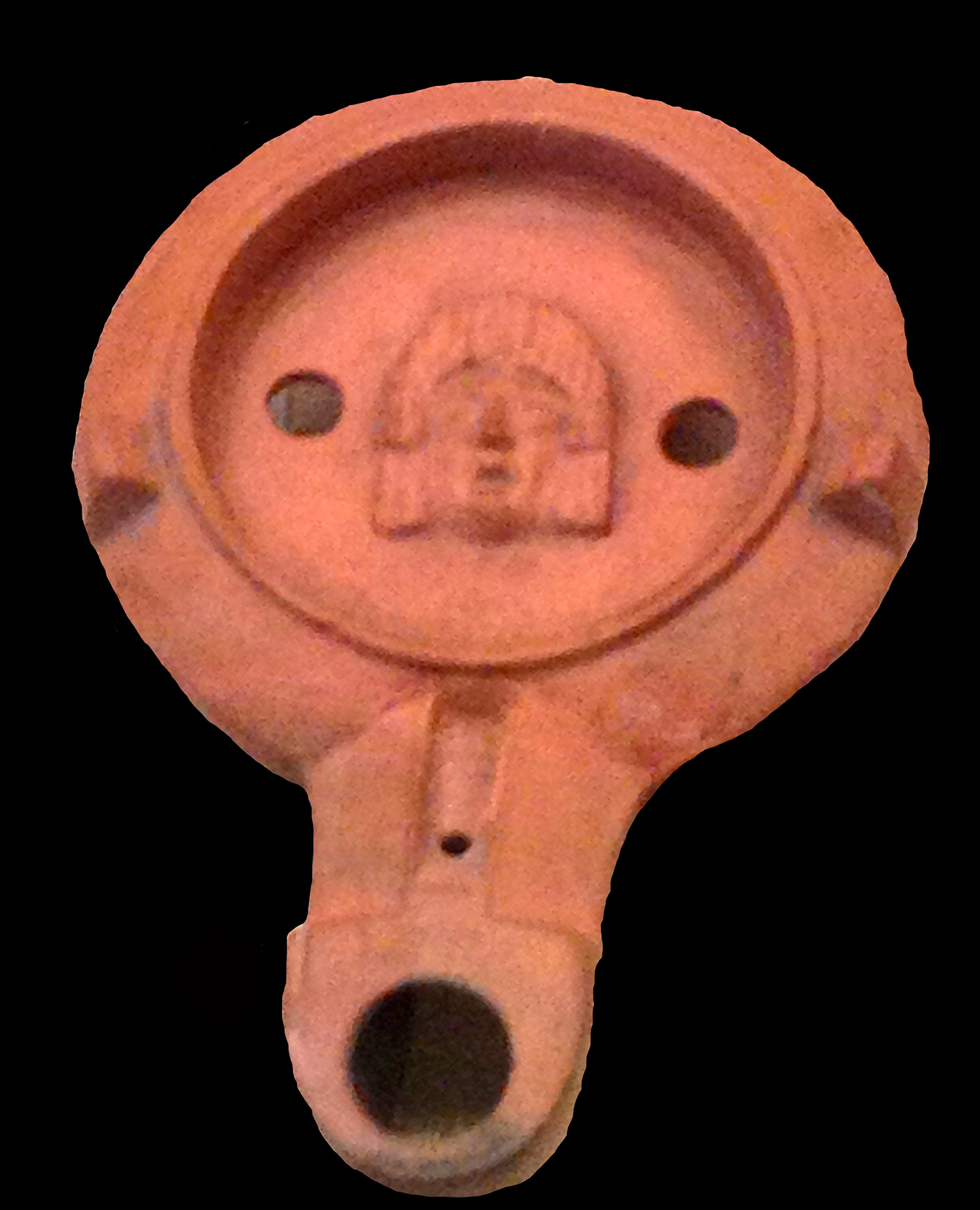 Roman lamp variety (Firmalampe) dating from the 2nd century AD. This lamp was manufactured in Italy and excavated in London. British Museum. 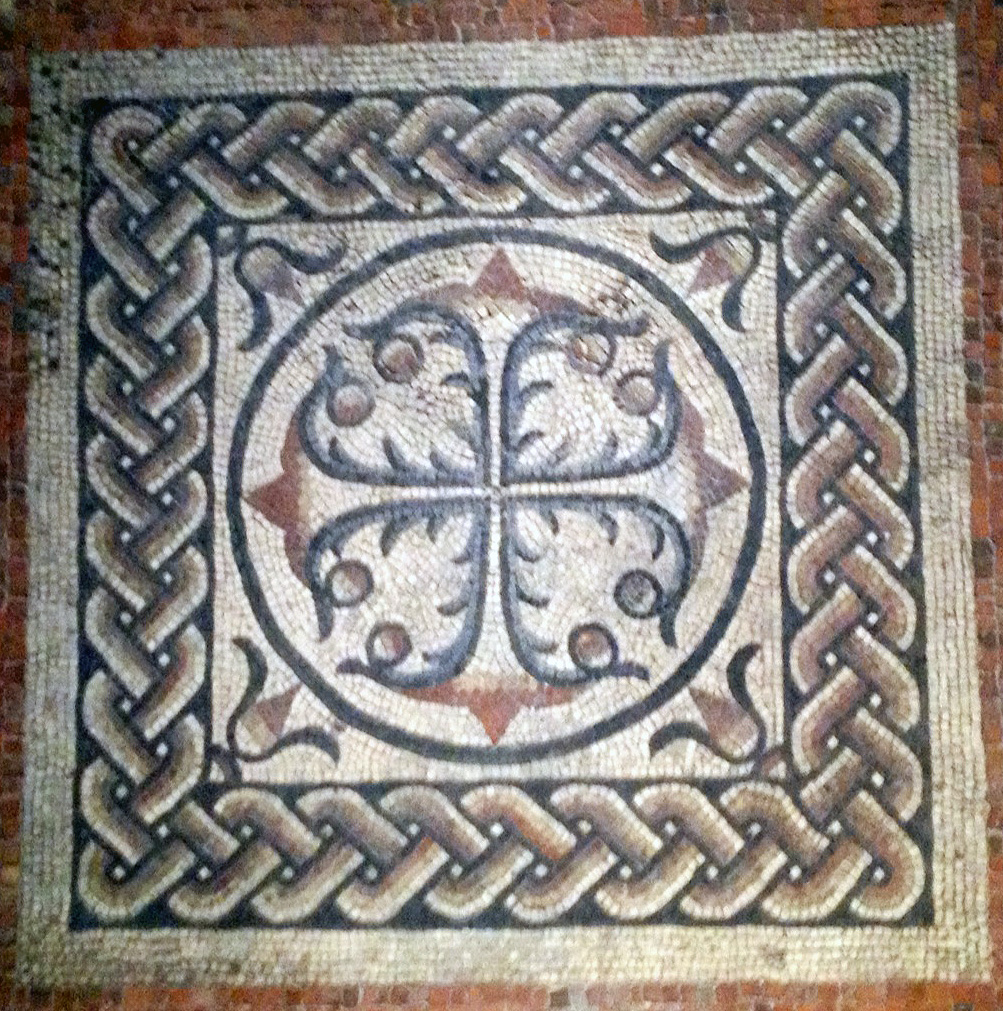 Roman mosaic dating from the 3rd century AD. This mosaic was discovered 3.5 meters below the surface in 1805 during the construction of the Bank of England in the City of London. British Museum reg. no. PRB-1806,11-15.1.