Professor Michael Fuller visited Elephantine island in 2007 in the company of Ellen Stern and Frederic Moran. 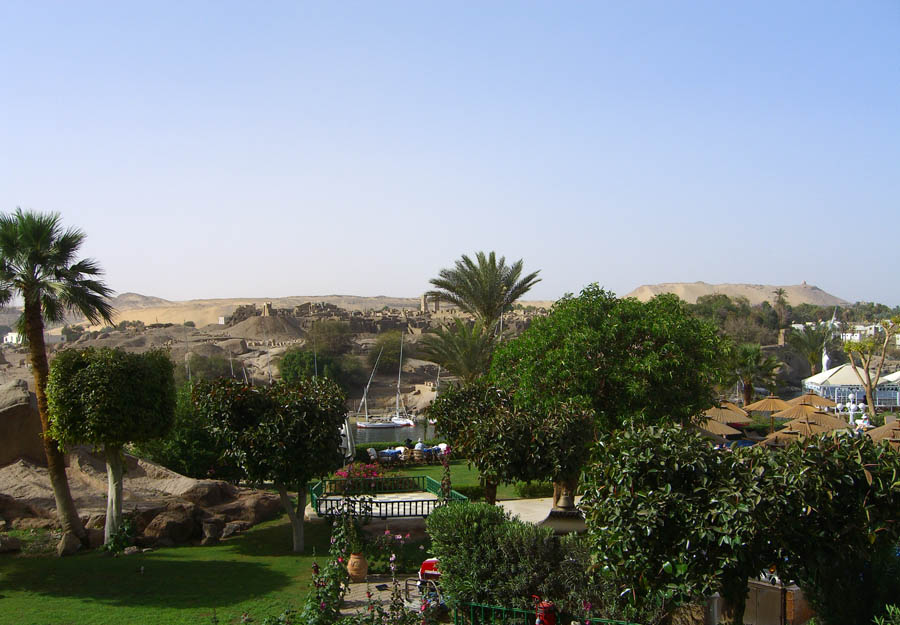 Professor Neathery Fuller with Amira Fuller watched the exploration from the balconey of the Cataract Hotel. 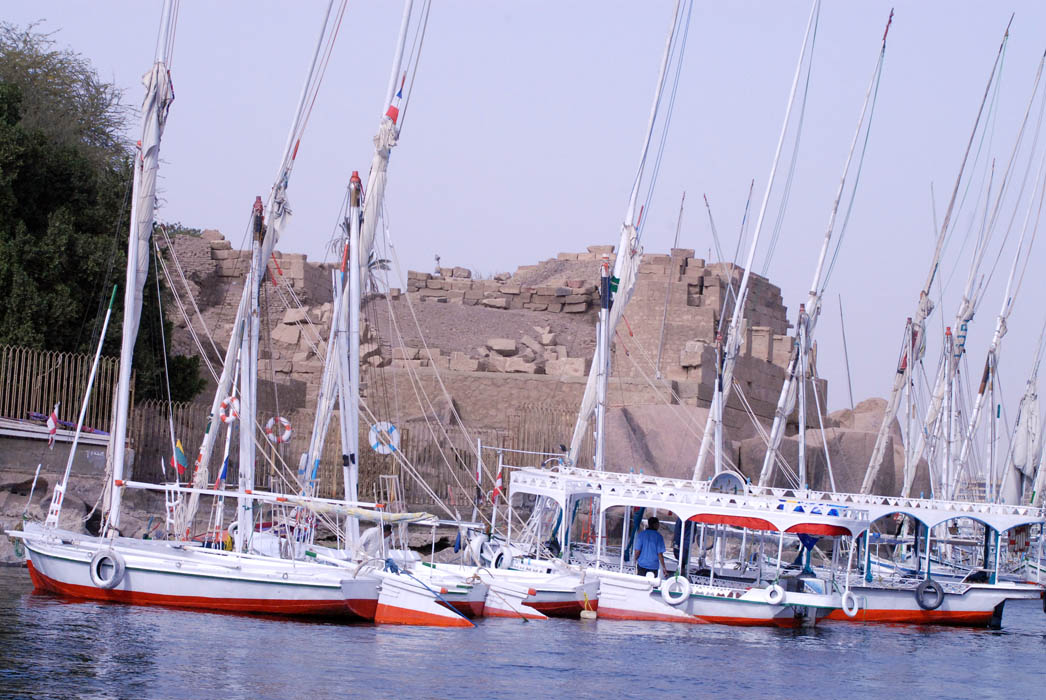 Fallucas tied up at the traditional spot for boats coming to the Temple of Khnum on Elephantine Island. 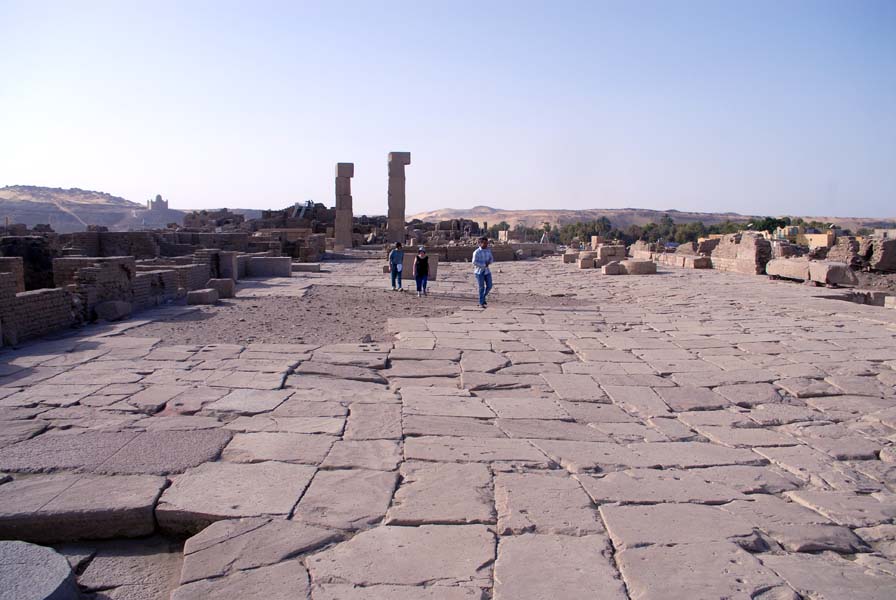 Flagstone floor of the large East-West oriented temple of Khnum. The temple began in the 12th DYN and continued until the 30th DYN.

Naos where the cult statue was kept in the temple. 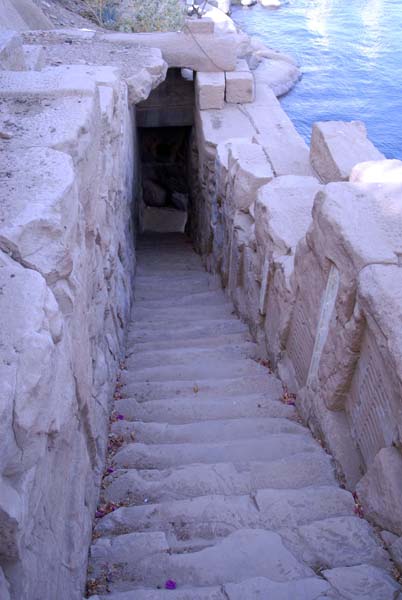 Khnum was also somewhat responsible for the fertility of the annual Nile floods. Thus, a Nilometer near his temple. 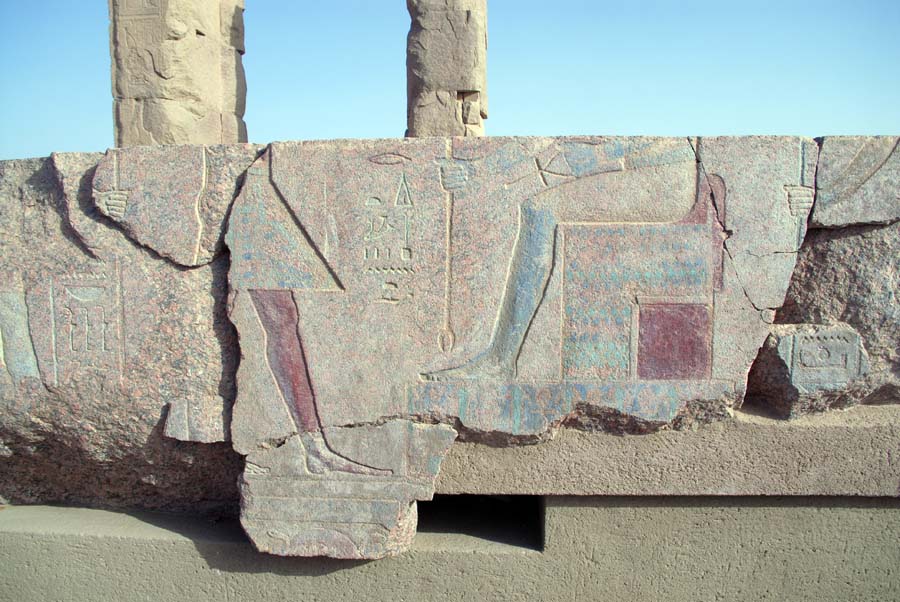 Relief carved into granite with faint traces of pigment. 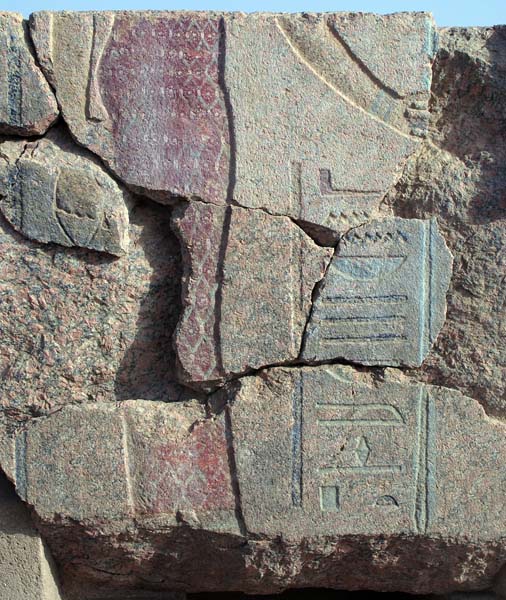 Relief showing a goddess with trace of paint of her dress. 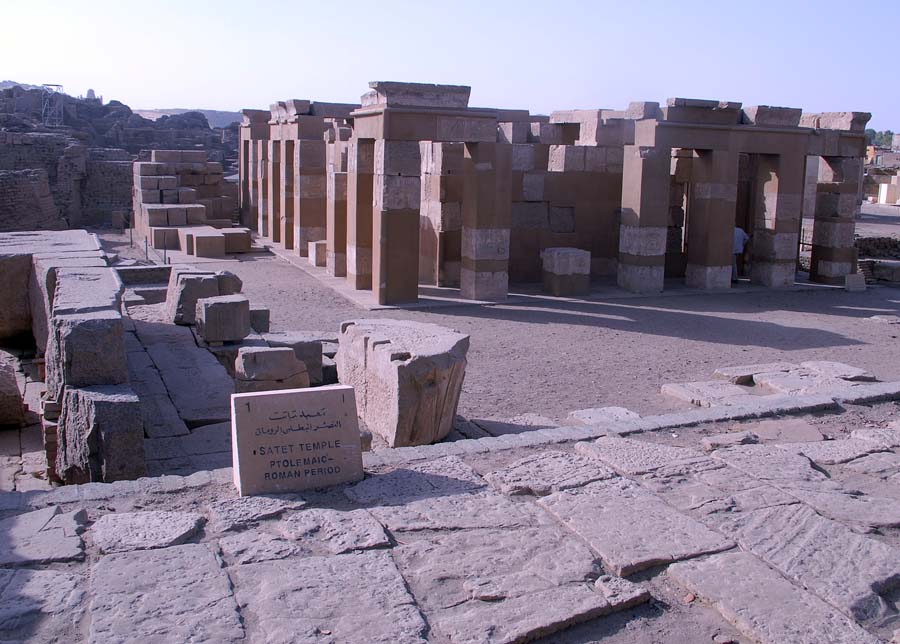 Satet temple from the Ptolemaic and Roman Period. 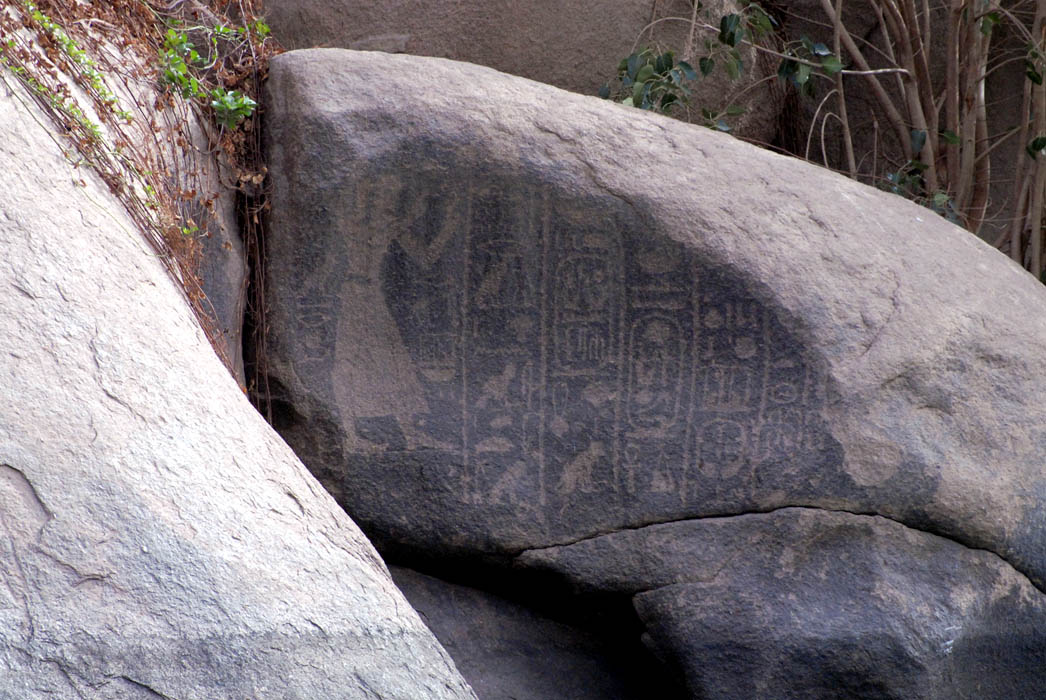 Inscription on granite boulder at the water level along the Nile. 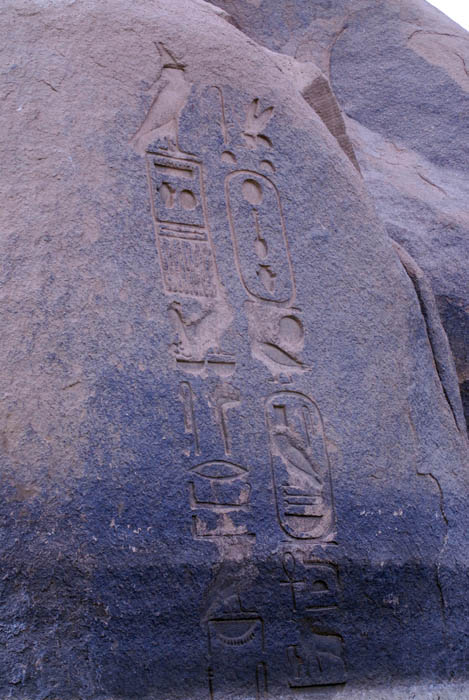 Inscription on a granite boulder at water level along the Nile. 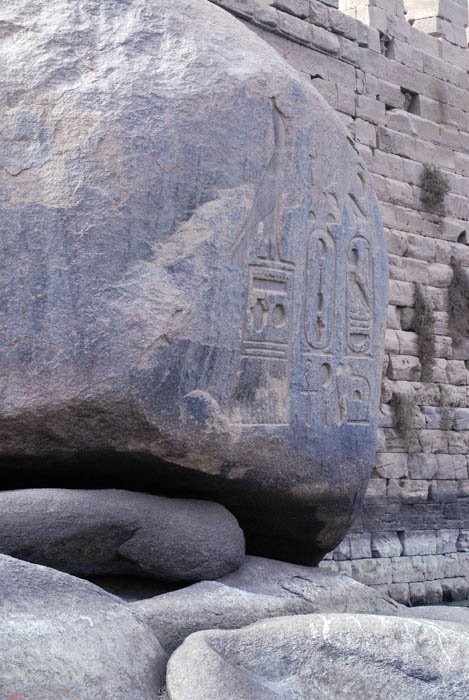 Inscription on a granite boulder at water level along the Nile.

Click here to see artifacts from the excavations on Elephantine Island Special thanks to Neathery Fuller, Amira Fuller and to Dr. Morad Nasr (our guide to the sites).

Webpage constructed by Michael Fuller, 28 May 2008