Elm Point Mound (23SC58) is situated on the ridge of land separating the Missouri and Mississippi Rivers. Dr. Paul F. Titterington briefly described in the site in an article published in 1950. The site was totally destroyed by residential housing subdivisions. 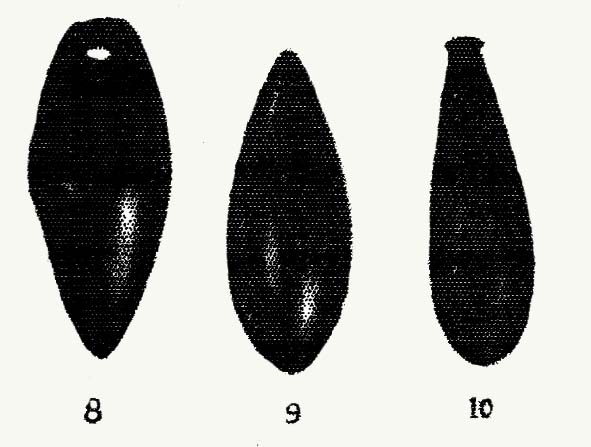 Silhouette of a tubular stone pipe measuring 4.9 inches in length and 1.3 inches in width at the point of its greatest width. The pipe was ground from a dark brown, fined grained variety of stone.

Silhouette of a Turkey Tail point from the site. Titterington reported that 47 Turkey tail points were discovered in the mound as part of a cache. The ranged in length from 4 to 7. 4 inches in length.

Dr. Titterington described the mound as including burials with red ochre staining. He also indicates that limestone slabs covered the burials. A grooved axe was also reported from the site. 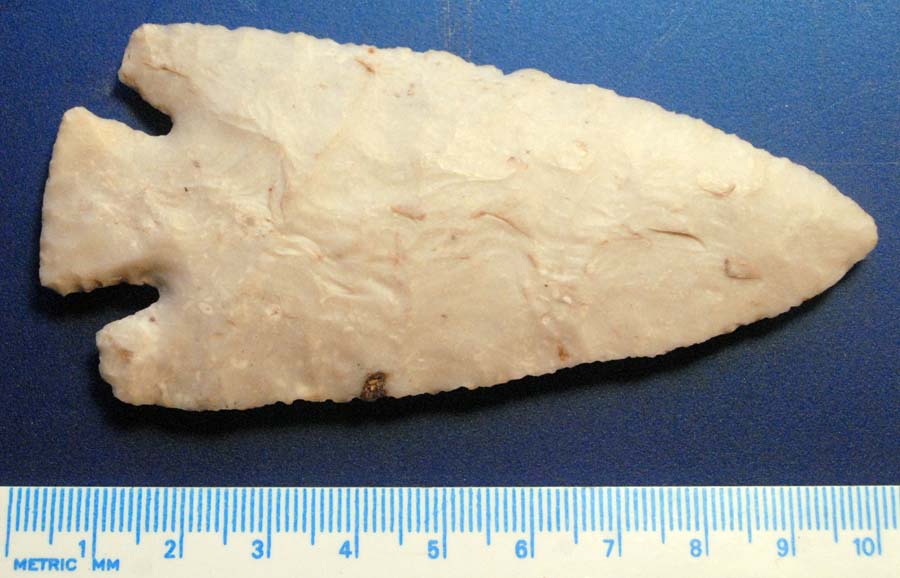 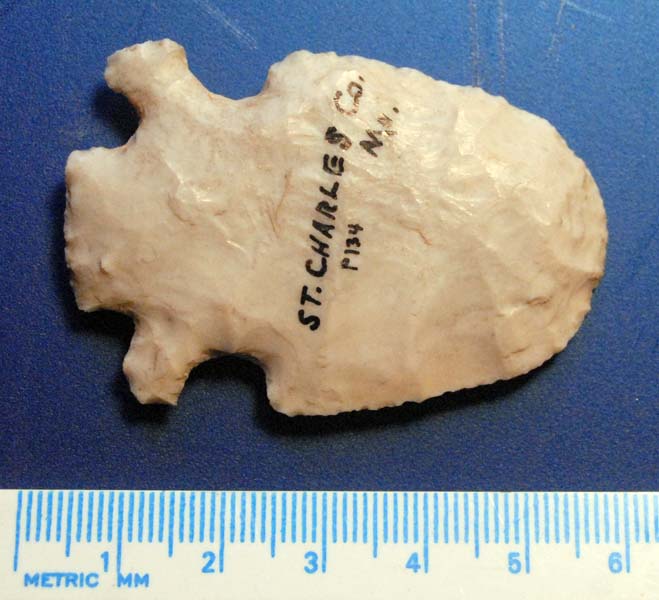 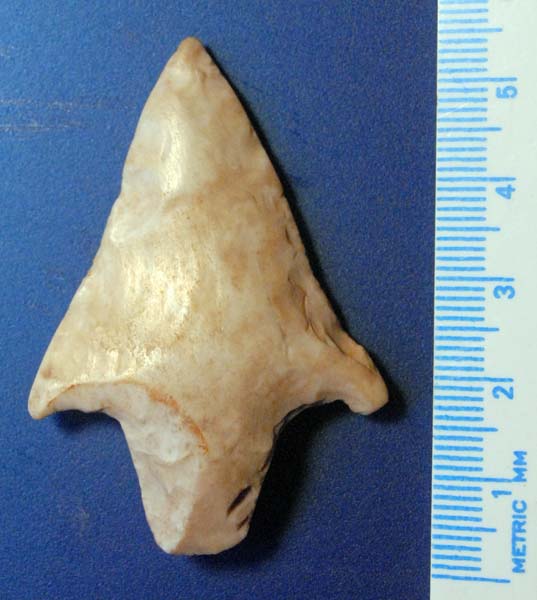