Goat Bluff Cave (23PU44) was investigated and published by Gerard Fowke (1922:35 - 40) as part of his archaeological research in the Ozarks region of Missouri. The cave is situated along the Gasconade River; its mouth measures 30 feet high, 75 feet wide, and extends back for 90 feet. The entrance of the cave faces a little east of South. The cave is located on private property and it is not open to the public. 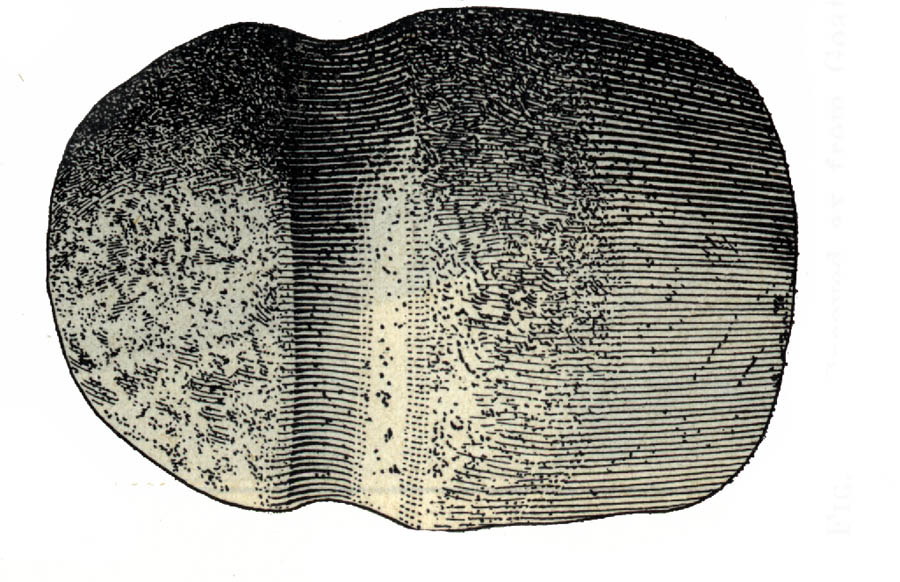 Grooved axe that Fowke reported as manufactured from "granitic" stone. 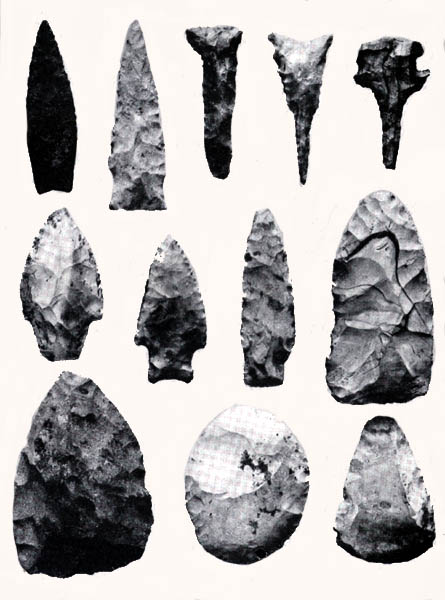 Chipped stone tools, primarily of the Woodland Period, illustrated by Fowke in his report. 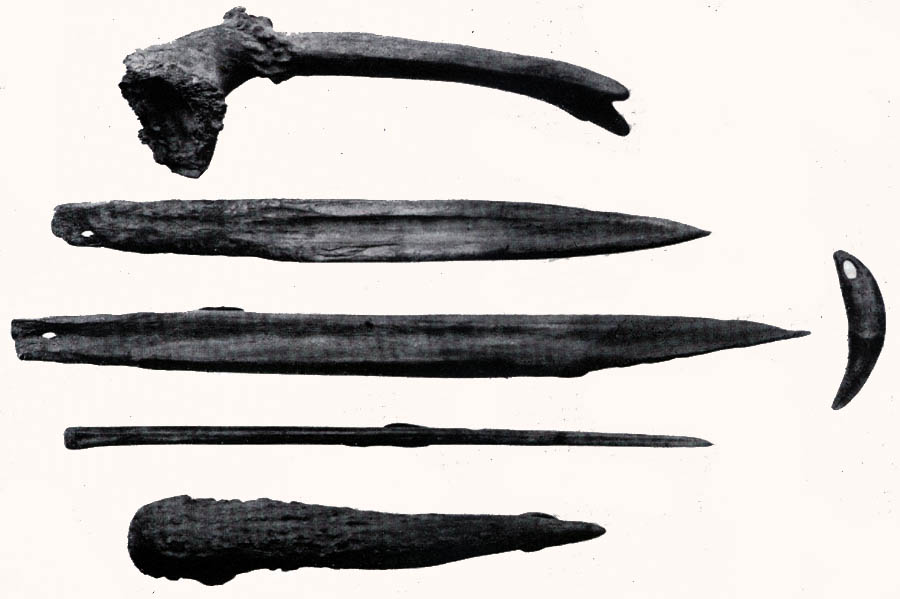 Bone tools and a drilled tooth pendant illustrated by Fowke in his report.

Bone tools illustrated by Fowke in his report.

Fowke noted that the cave had been seriously pothunted by relic collectors before he arrived. He reported finding stone tools, pottery sherds, and flexed burials in the soft deposits that were "roughly stratified in layers of varying extent and thicknes." Fowke believed that "the distinct segregation of numerous successive layers of kitchen refuse" pointed to intermittent character of the cave's occupancy. It is a pity that his excavation methods did not allow for the separate recording of each layer! 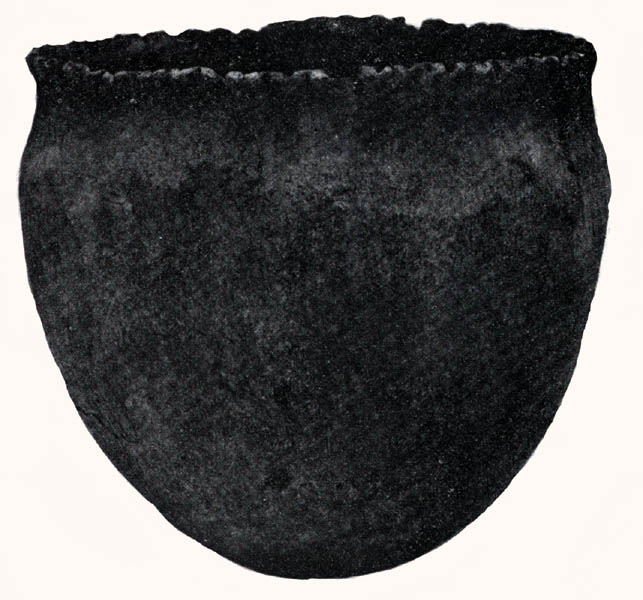 Unbroken Late Woodland Period pottery vessel illustrated by Fowke in his report. Fowke reported the discovery of a stoned line "fire bed" composed of 5 large stone on the clay floor of the cave, under 5 feet of undisturbed fill. He noted that associated with the fire were potsherds, waste flakes, animal bones, bird bones, and a bone awl. He believed that this was the oldest feature in the cave because of the depth of its burial and because it rested on top of the sterile clay deposit. . Warning! This link leads to photographs of human skeletal remains