Goat Bluff Cave was investigated and published by Gerard Fowke (1922) as part of his archaeological research in the Ozarks region of Missouri. His report included photographs and descriptions of four burials. 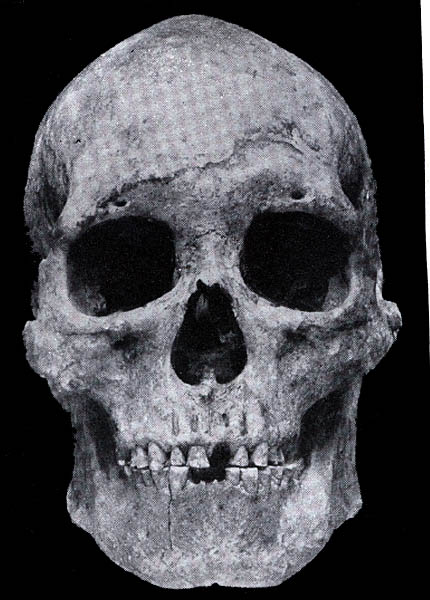 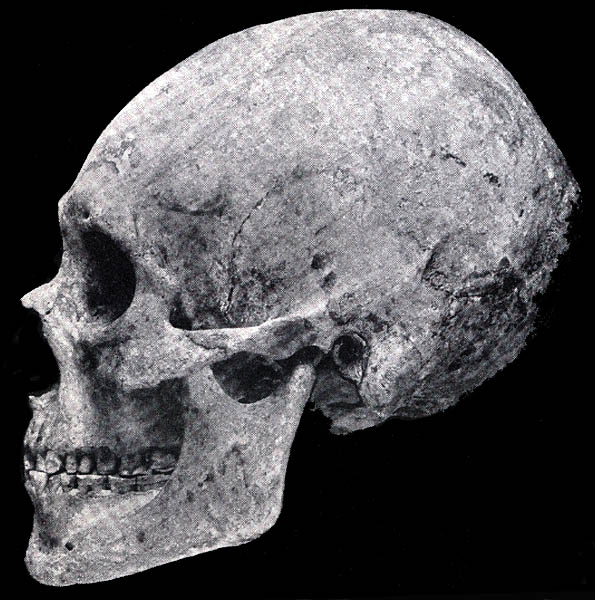 Fowke discovered a flexed adult burial at a point 35 feet from the dripline of the cave.

He discovered two more skulls at a distance of 40 feet from the dripline. One skull (shown above) was well preserved. Two cervical vertebrae were associated with the skull, but all other post-cranial remains were missing. 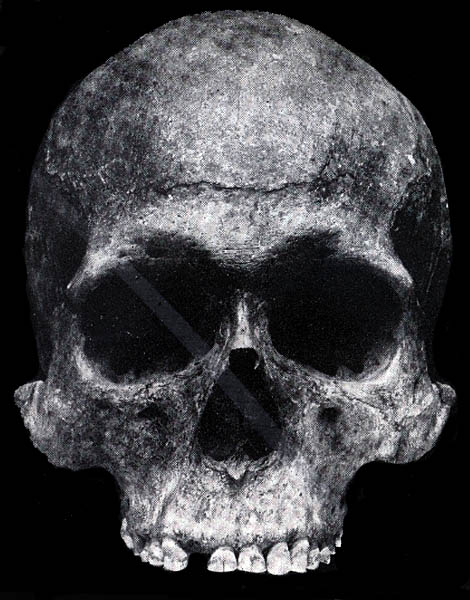 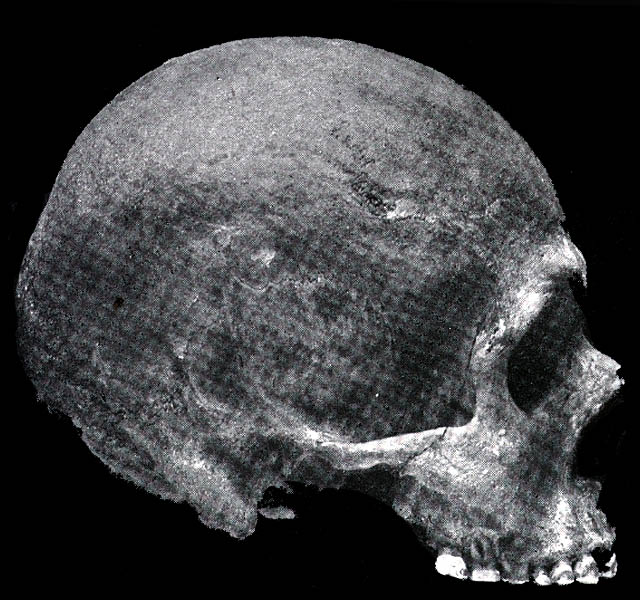 The second skull of adult (show above) discovered at a distance of 40 feet from the dripline was missing its mandible (jawbone); no post-cranial bones were associated with this skull. 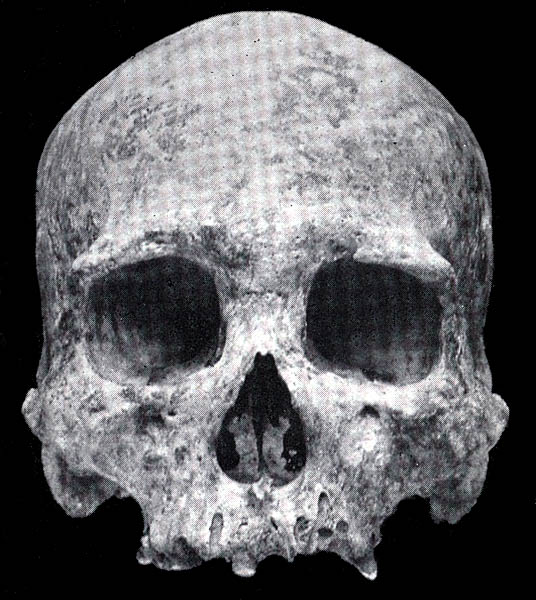 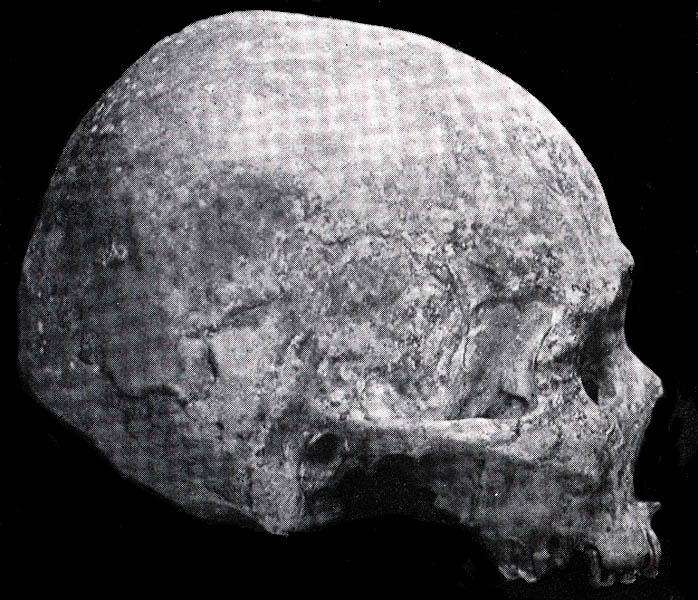 Fowke reported discovering more burials associated with a slab of stone located 50 to 60 feet from the dripline. One burial was found on the east edge while two burials were found at the north edge. The north burials included an adult (shown above) and a child. 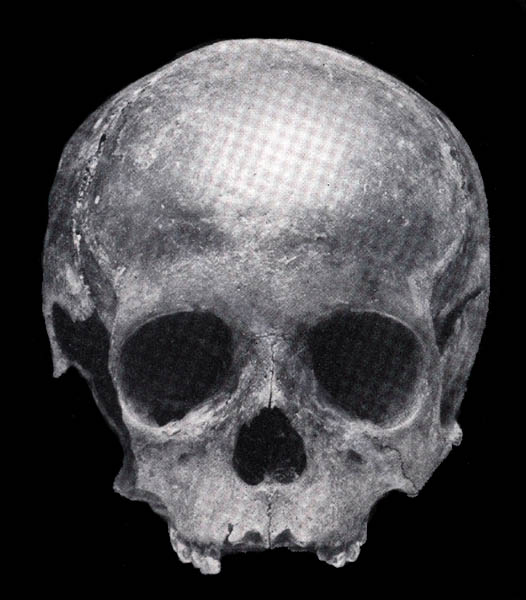 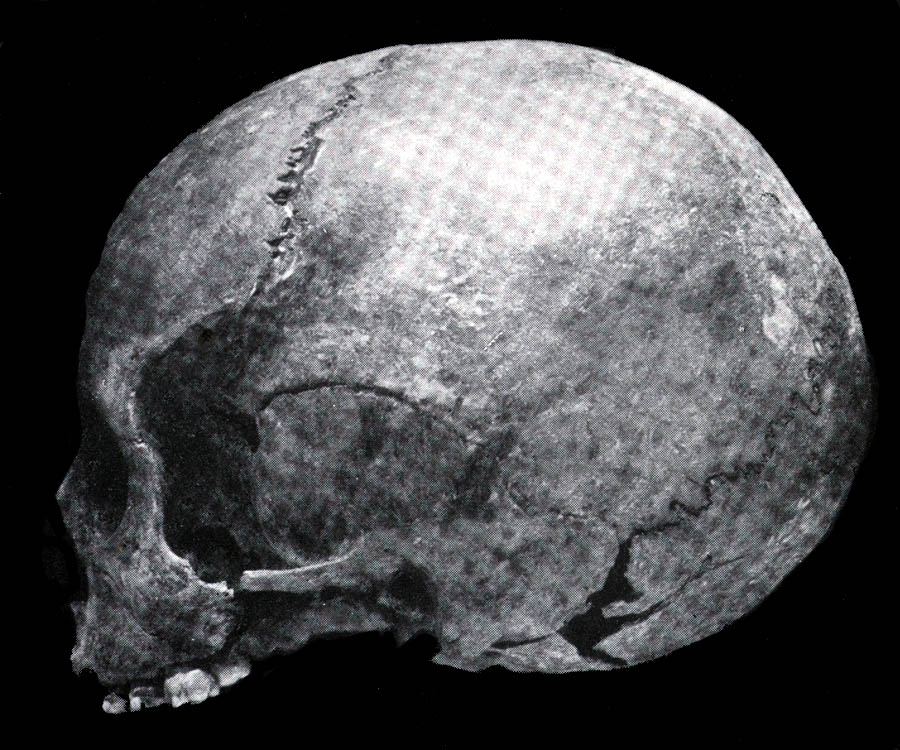 The child's skull (show above) from Fowke's photograph. He noted that "the limb bones, scapulae, and hip bones, with a few others, were in a small pile at one side. Neither lower jaw, no ribs and only a few vertebrae were found."