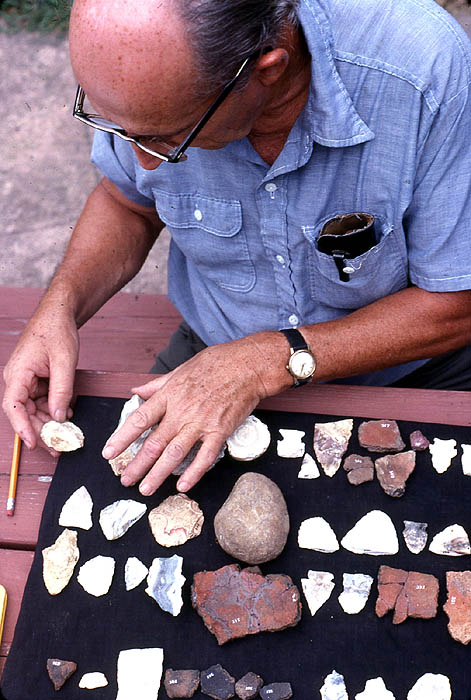 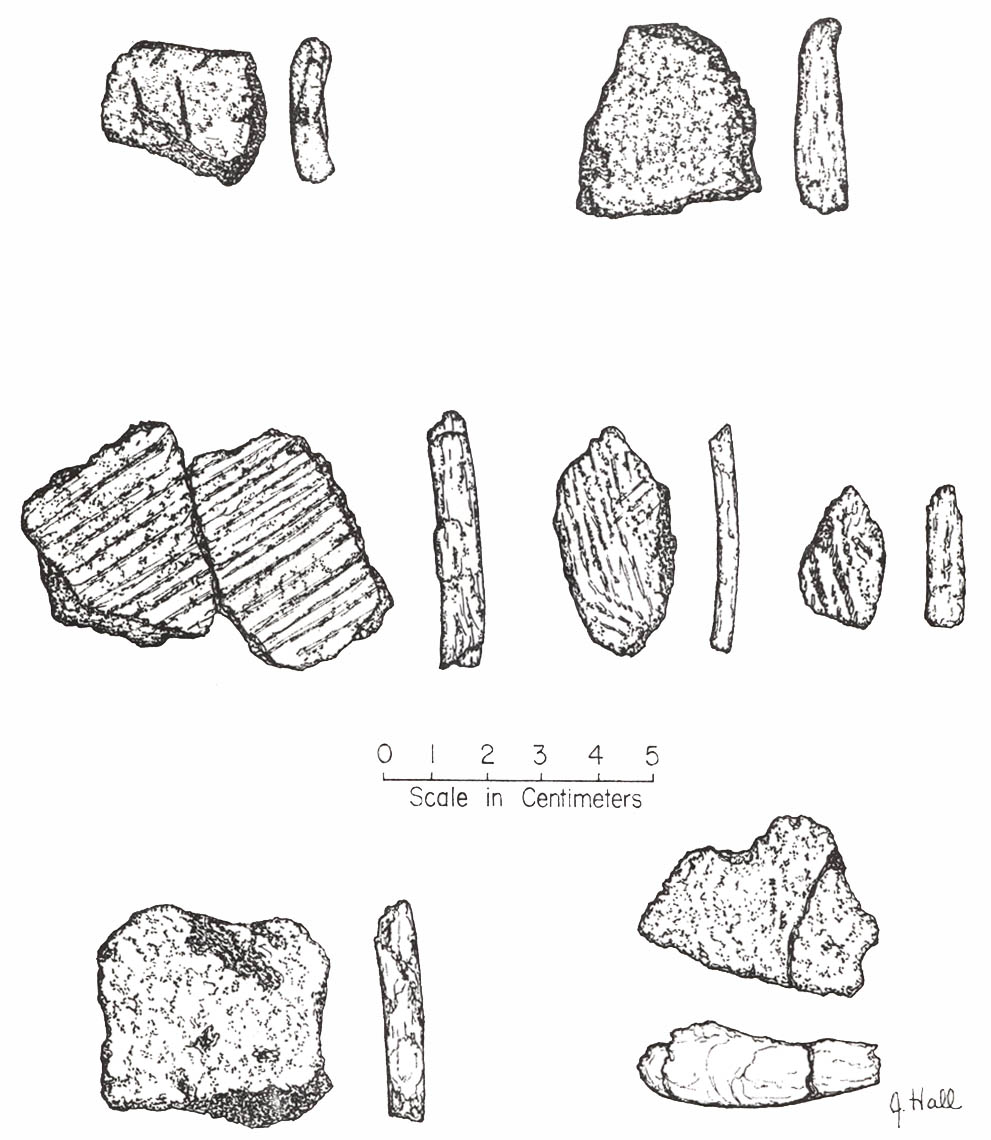 
The Hart Site was situated along a small, seasonal creek located north of Rolla, Missouri. It was discovered by Michael Fuller working on behalf of the Center for Archaeological Research at Missouri State University. The site was situated in the direct impact zone of the right-of-way for Missouri Highway 63. Approximately 30 percent of the site was excavated with funds provided by the Missouri Department of Transportation. Another 30 percent of the site was excavated by a group of amateur archaeologists headed by Ralph Roberts (United States Geological Survey, now deceased).

Rescue excavation at the Hart Site began during 1975 with a second season during 1976. Three distinct layers of occupation were detected: Late Woodland, Late Archaic and Middle Archaic. The site is unusual because of its small size and poor natural resources (rock strewn sloping surface, lack of perennial water supply, thin soil, and northern exposures).

The landscape location of the site suggests that it was only suitable for a temporary hunting camp or wood gathering site during the spring or summer. The density of debris from Horizon 1 (Late Woodland) and Horizon 2 (Late Archaic) indicated repeated occupation over an extended period of time. Animal bones, carbonized charcoal and nutshell were not preserved in the soil. Chert cores were discovered at the site though chert is not naturally present at the site. Nutting stones and manos were absent from the site. A small amount of natural iron ore (hematite) occurs at the site. 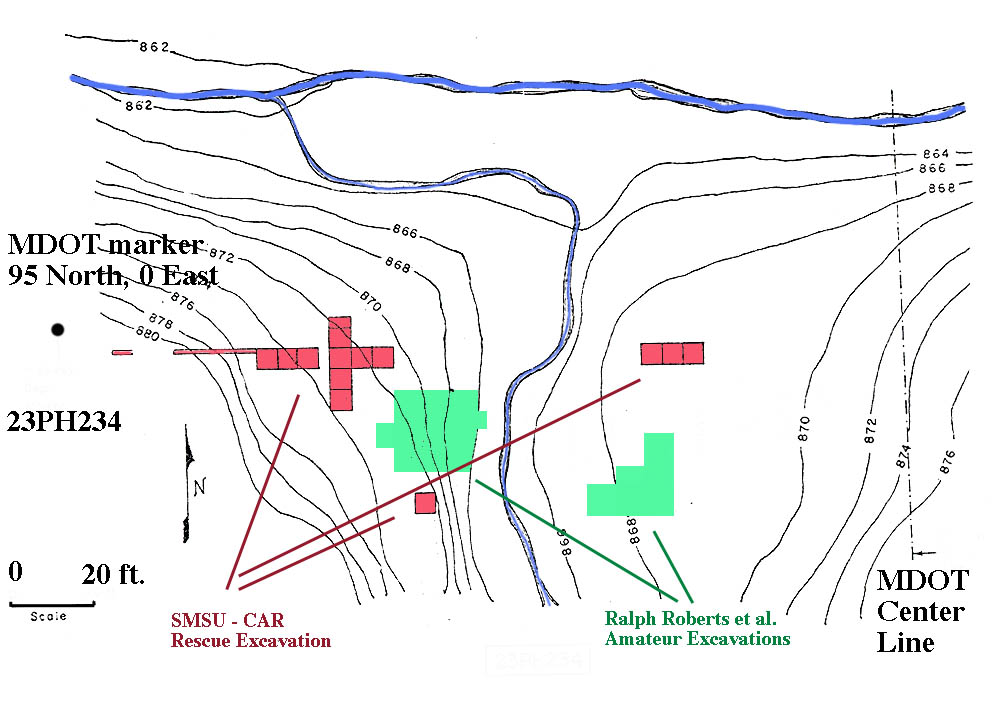 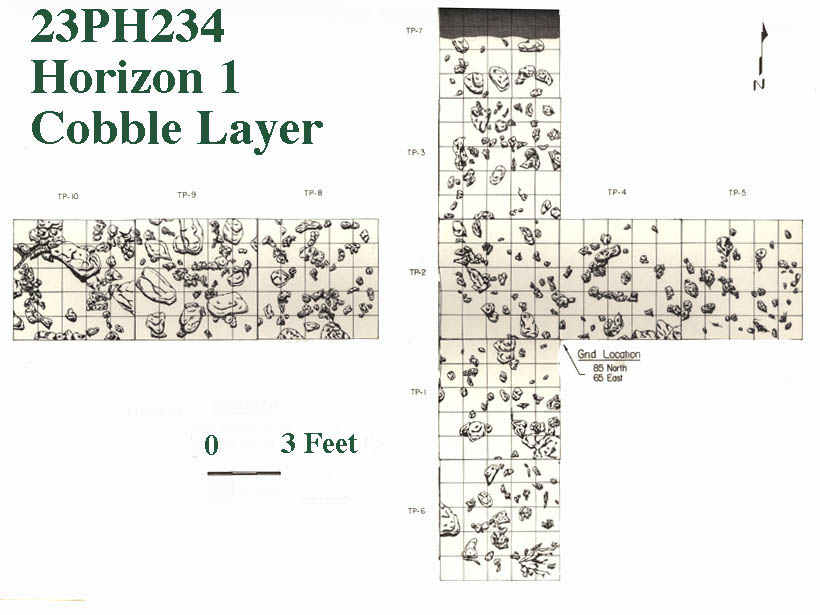 Horizon 1 contained a cobble surface that was mapped to determine if a structure outline could be identified. No pattern is immediately visible. 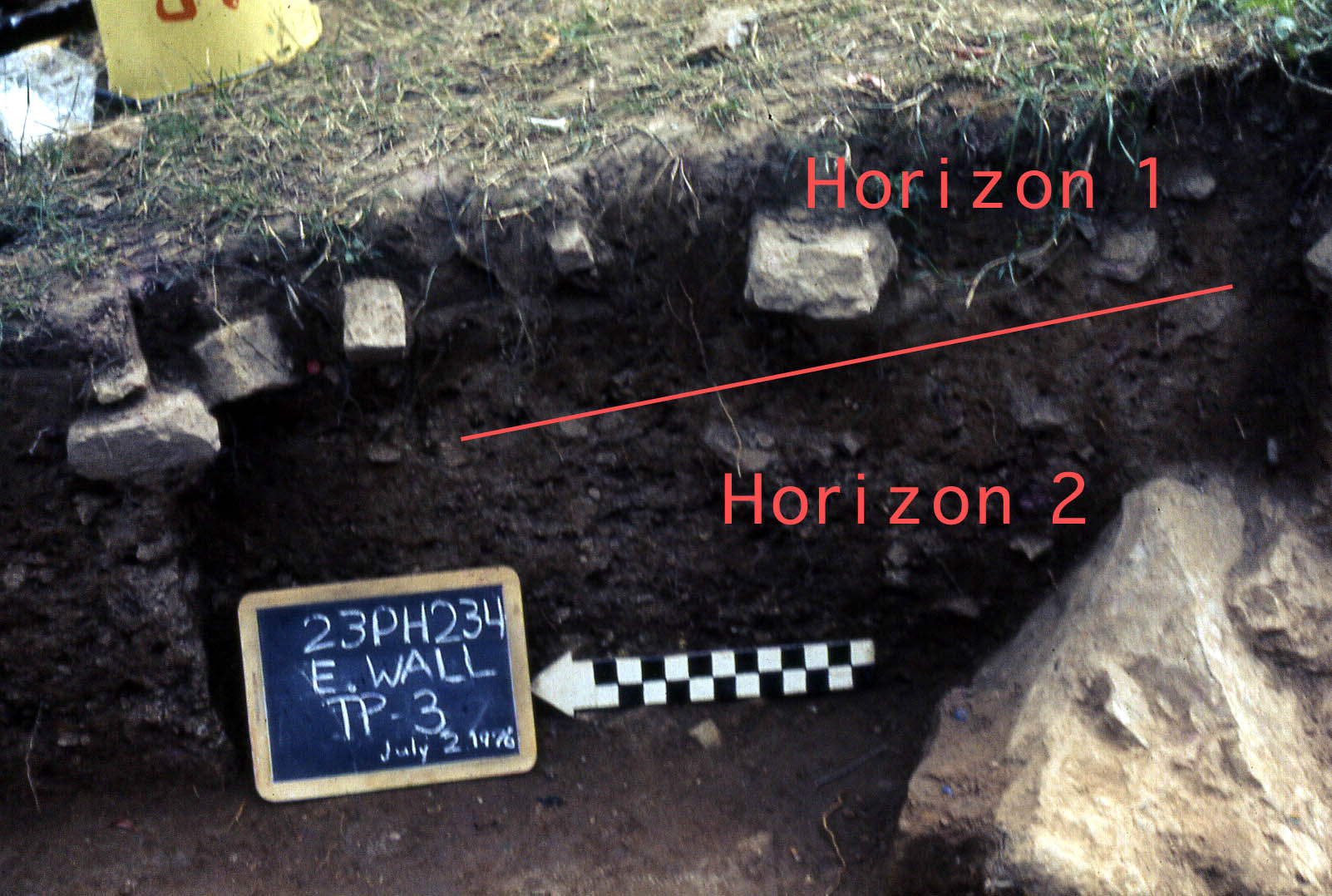 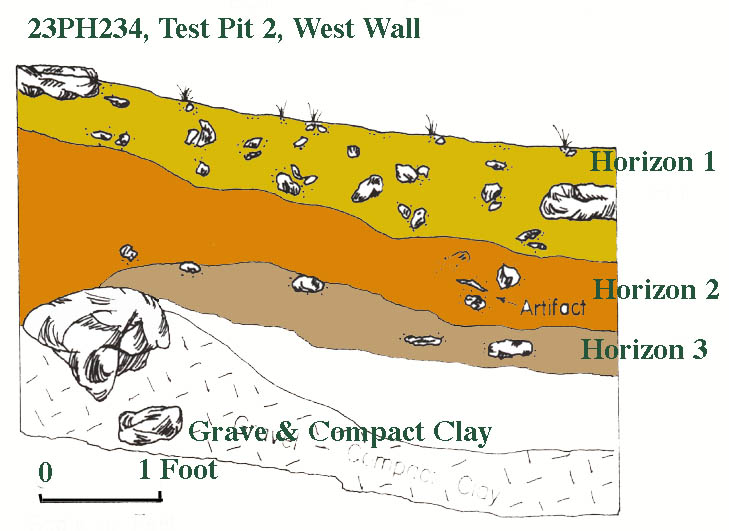 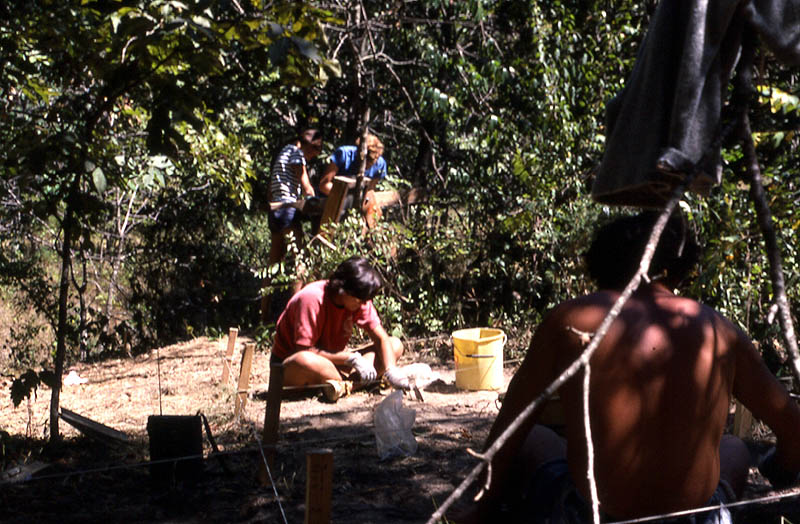 MSU students Rike Reuter and Ralph Manes excavating at the Hart Site, 23PH234. The site was brush covered during survey and excavation. Deer ticks were abundant in the brush. 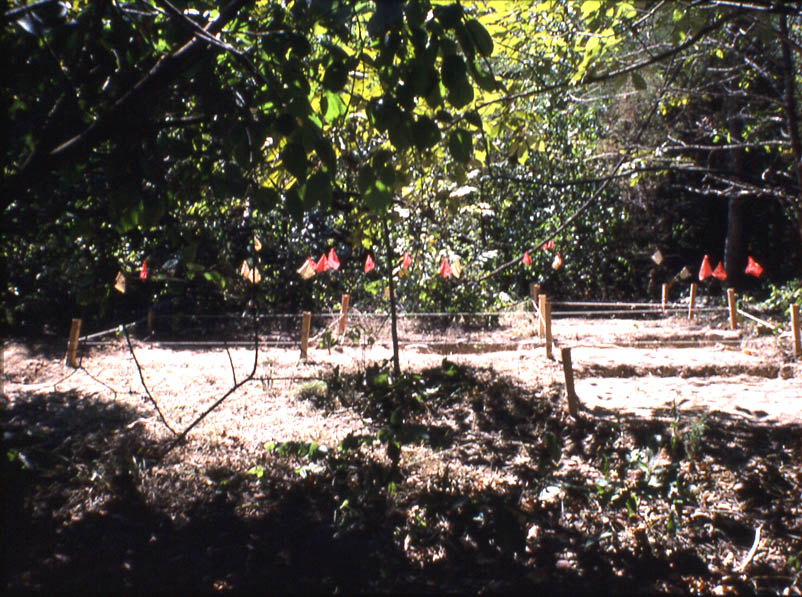 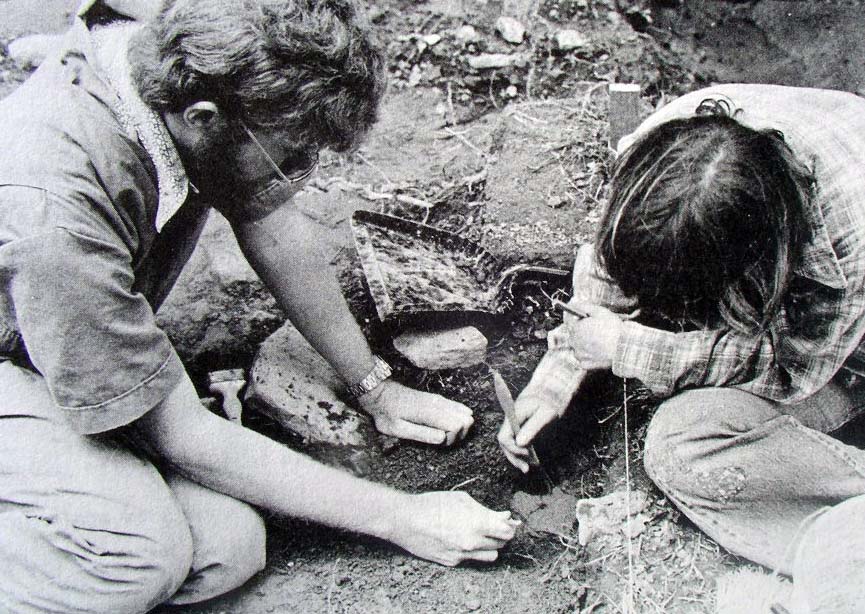 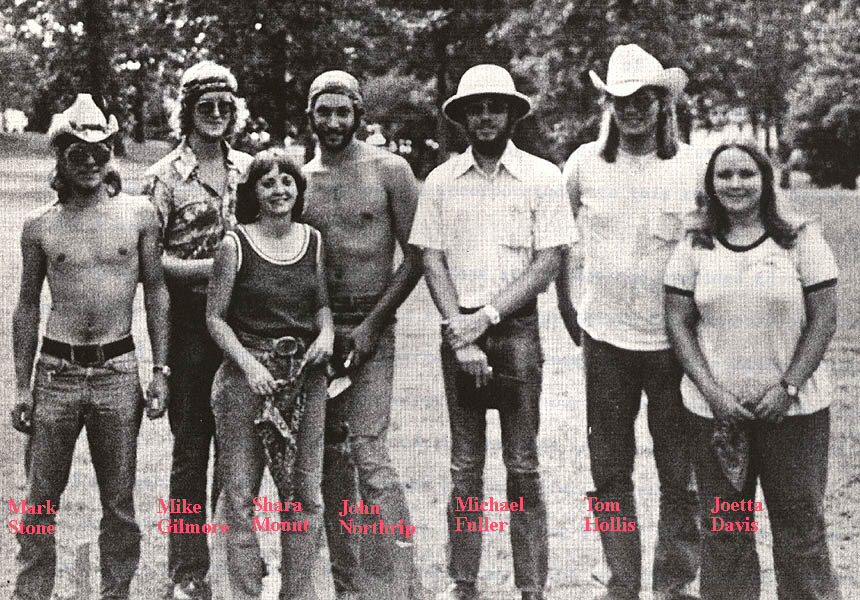 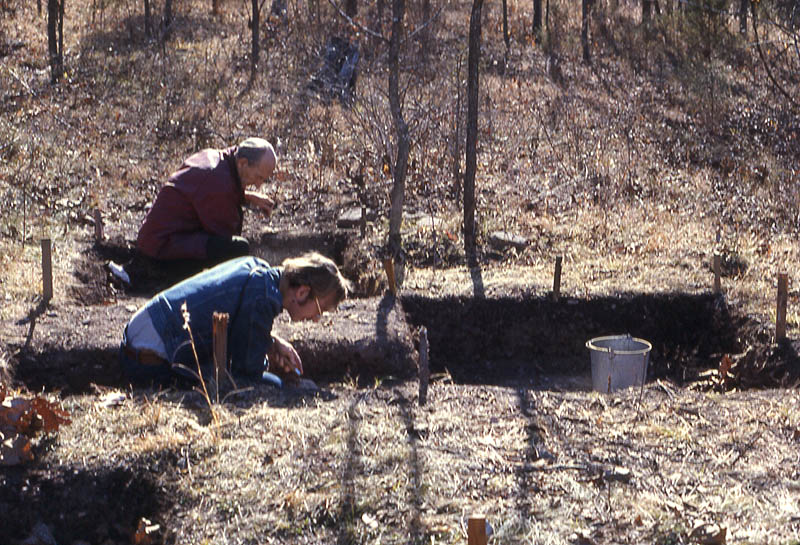 Gregg Wessel (foreground) and Ralph Roberts (background) at the amateur excavation of the Hart Site.