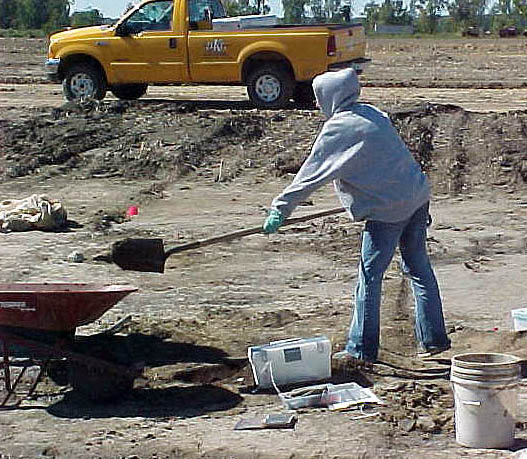 An archaeologist shovel skims the soil looking for the telltale signs of discoloration and artifacts that indicate the presence of a Middle Woodland Period pit feature. 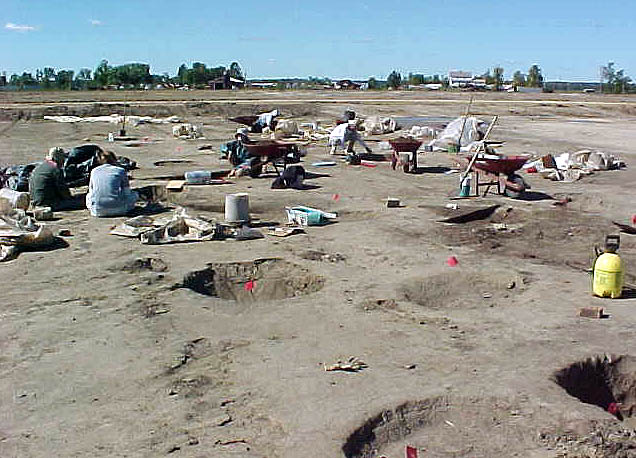 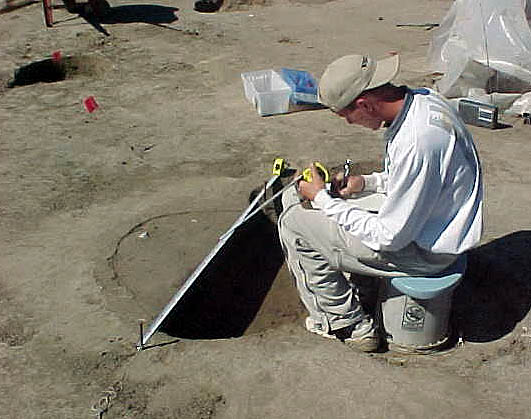 The traditional method of excavating a trash filled pit feature is to section the pit along its widest axis.

After it was sectioned, then the pit was carefully profiled using metric measurements. 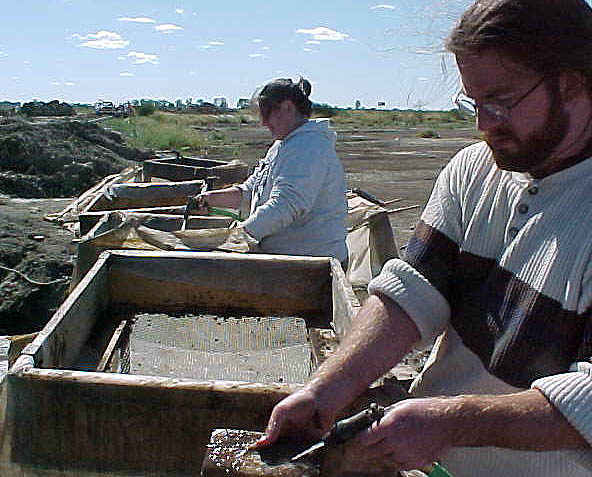 All soil fill from a pit feature was water screened. 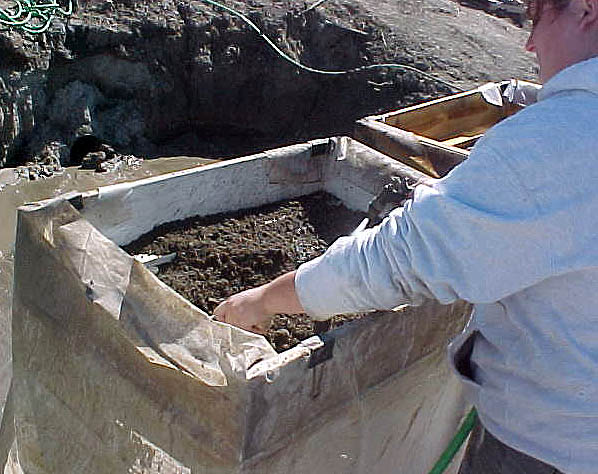 One bucket of dirt can take several minutes to water screen. 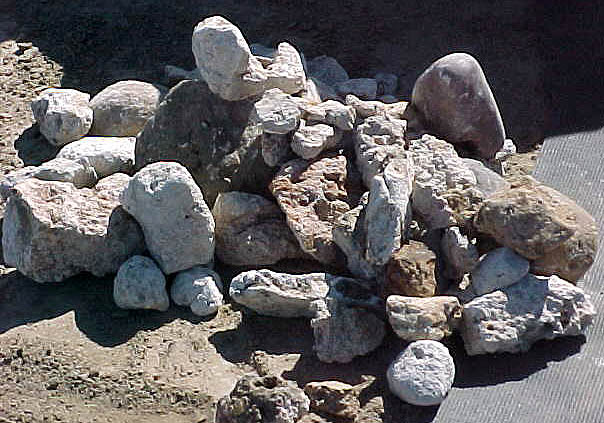 Some pit features, like this one, may contain significant amounts of calcined (burnt) limestone. 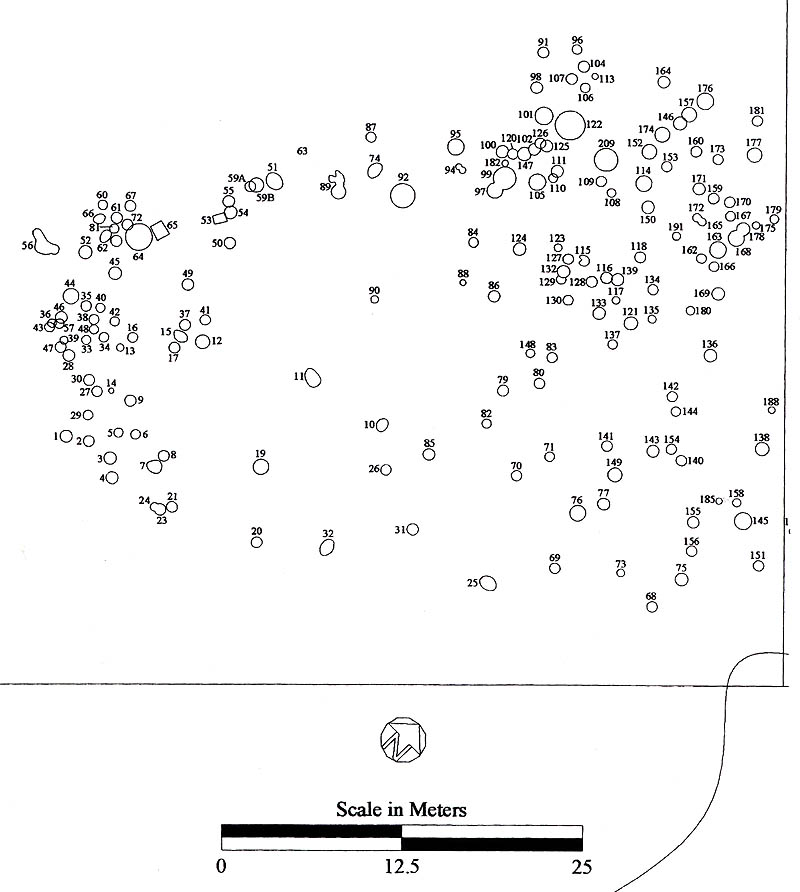 Closeup showing the non-random distribution pattern of pits along the west margin of the excavated area.

Summary of Nutshells from flotation

Summary of Identified seeds from flotation 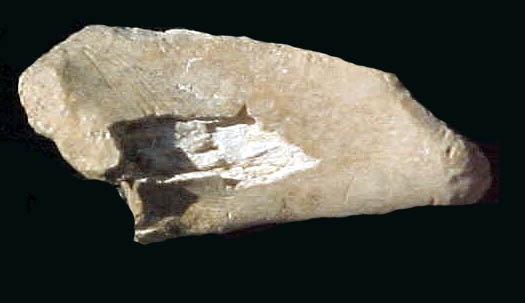 Fragment of large mammal bone found during screening of the pit feature fill. Cut marks can be seen along the left edge of the bone.