Figurines and pottery from the Hazelwood Site (23SL1056) 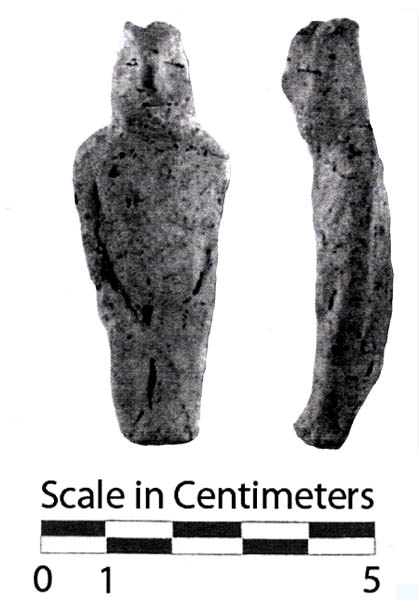 Male figurine recovered from feature 369. The excavators interpret the figurine as a lying on his back with his legs slightly elevated. No decoration in terms of clothing, ornamentation or paint. Onlyh the facial features are depicted. It measures 6 cm. in length. 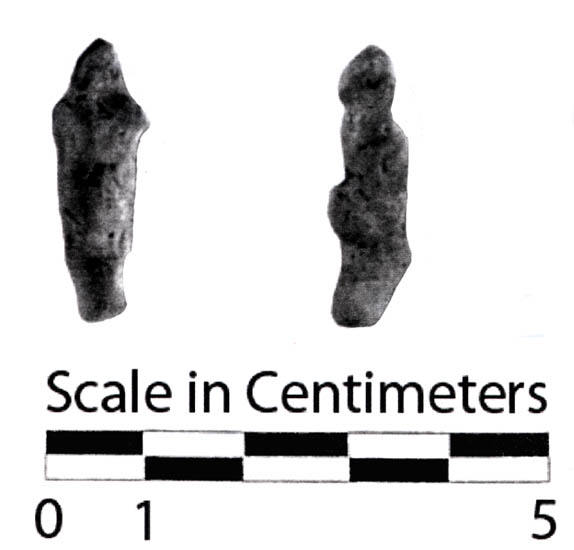 Small figurine measuring only 29 mm. in legnth recovered from feature 372. Although no breasts are depicted the figurine has a protruding abdomen representing pregnancy. 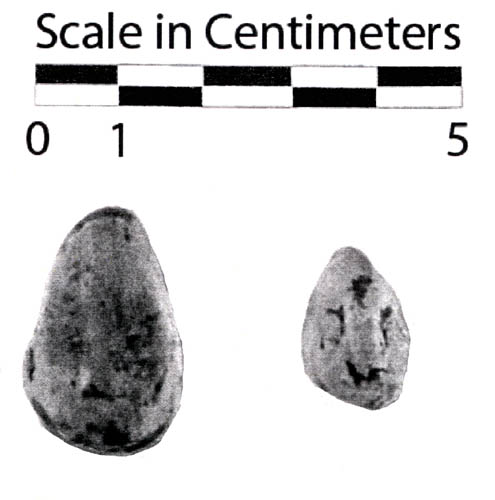 Clay heads belonging to two examples of the "Gasper the Ghost" style of figurine. Small, shallow slits are used to represent the eyes and the mouht around a formed nose. 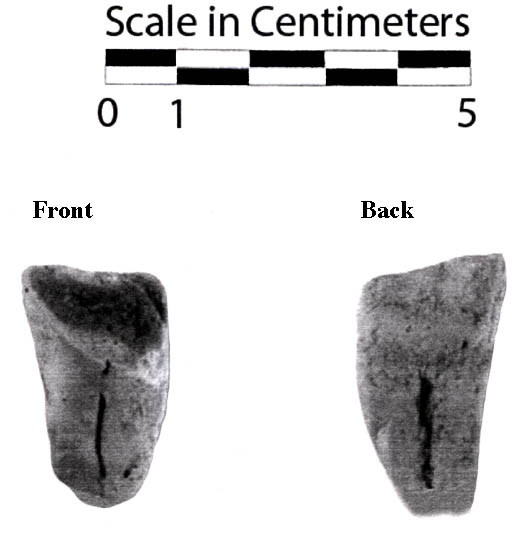 Legs and buttocks fragment meausring 30 mm tall and approximately 17 mm. wide. The flattened buttocks suggest that this was a seated figurine. 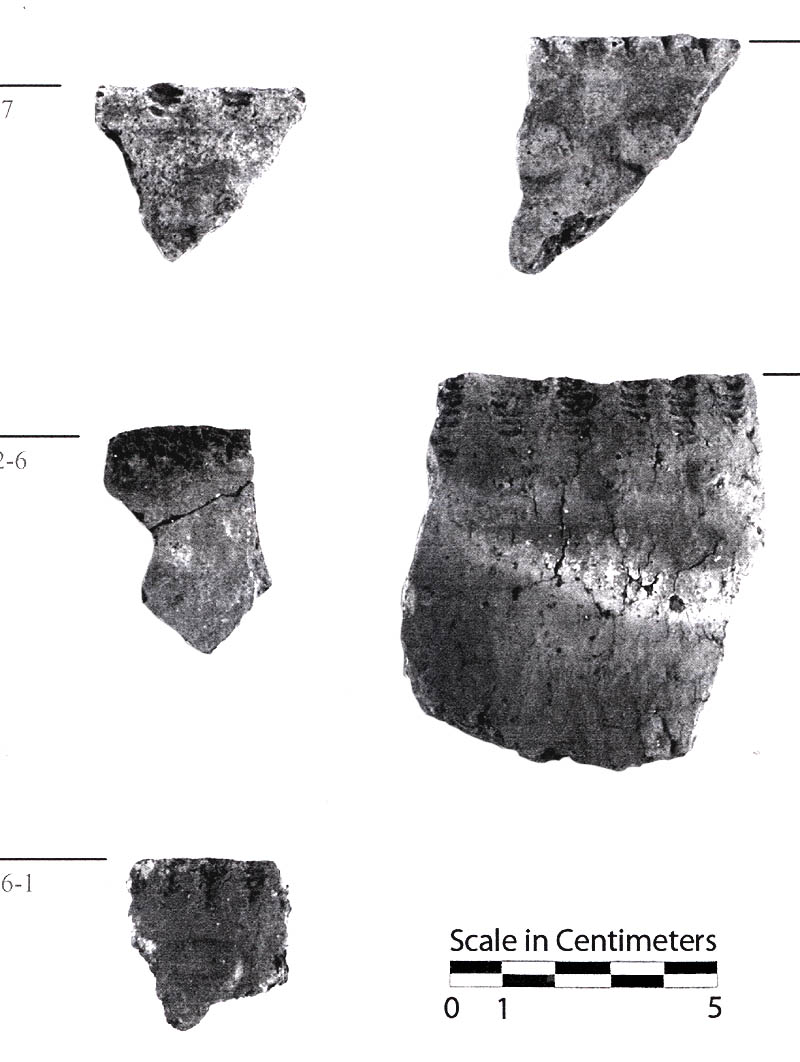 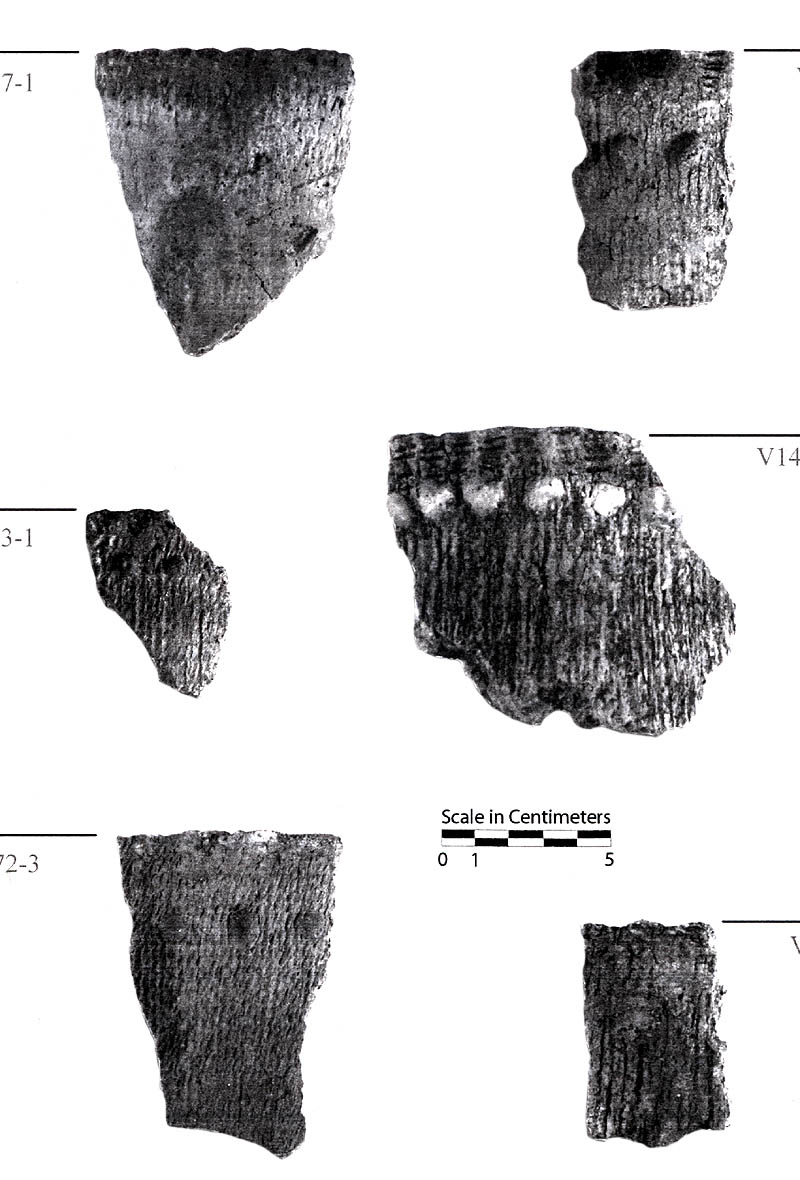 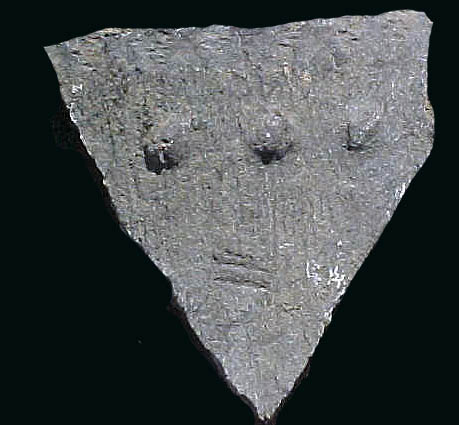 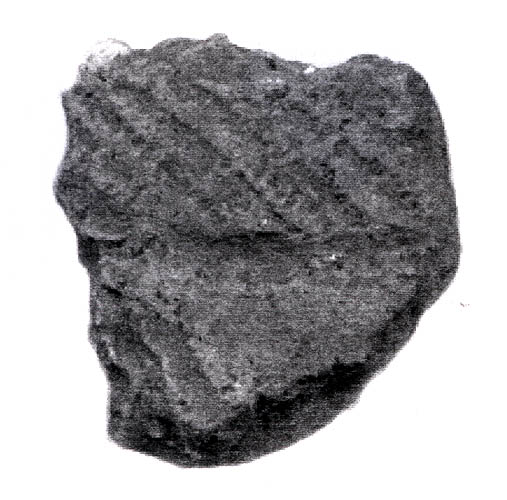 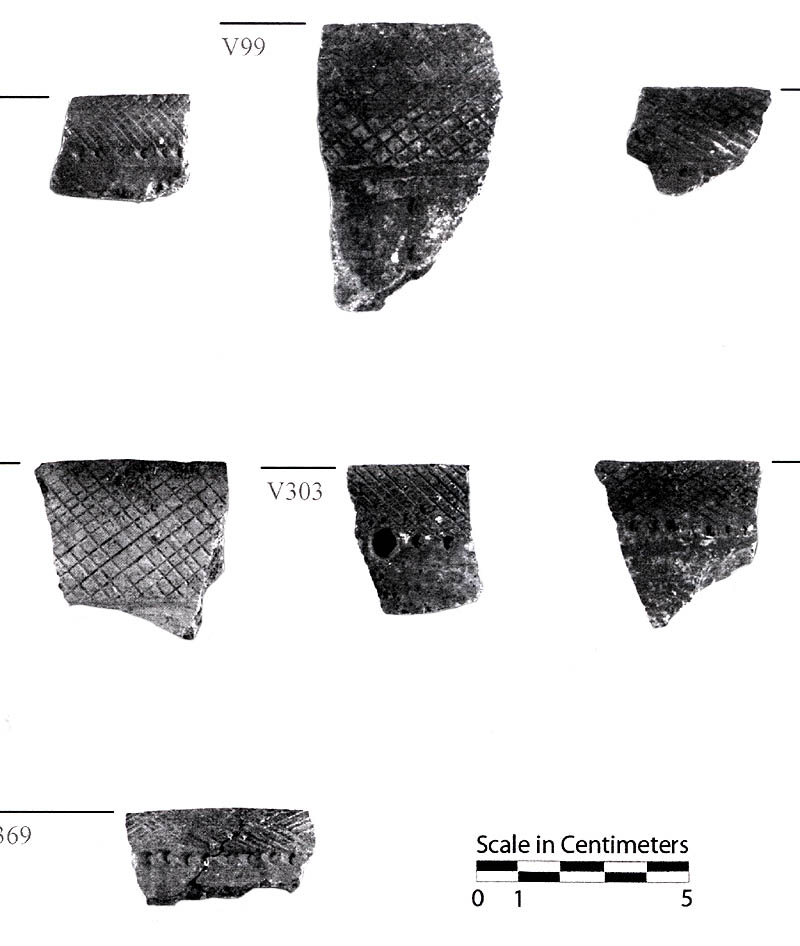 Hopewell Cross-hatched rimsherds. Nine rimshrds and 40 bodysherds (representing 11 vessels) belong to Hopwell Zoned va. unspecified. Wall thickness, based on 33 body sherds, ranges from 4.6 to 7.99 mm. with a mean of 6.12 mm. A majority (55%) of the vessels were exclusively grit-tempered. Orifice diameters ranged from 6 to 20 cm with a mean of 12 cm. 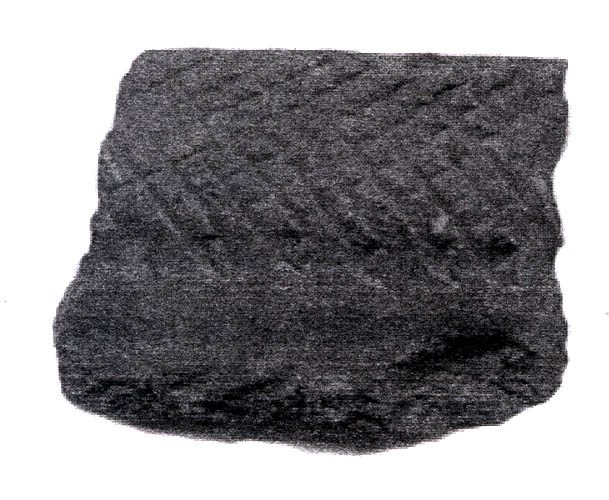 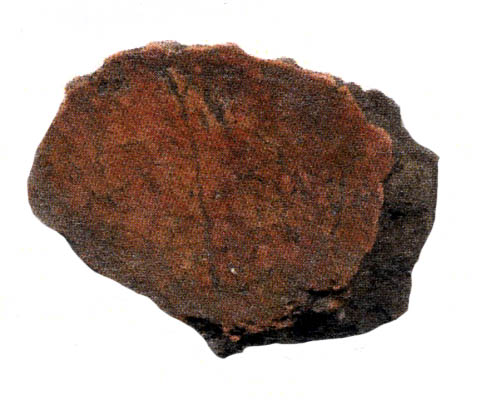 Hopewell Red Filmed bodysherd. Three bodysherds belonging to a single vessel were discovered in pit features 360. Wall thickness is 9.97 mm and it was tempered with a combination of grit and grog. 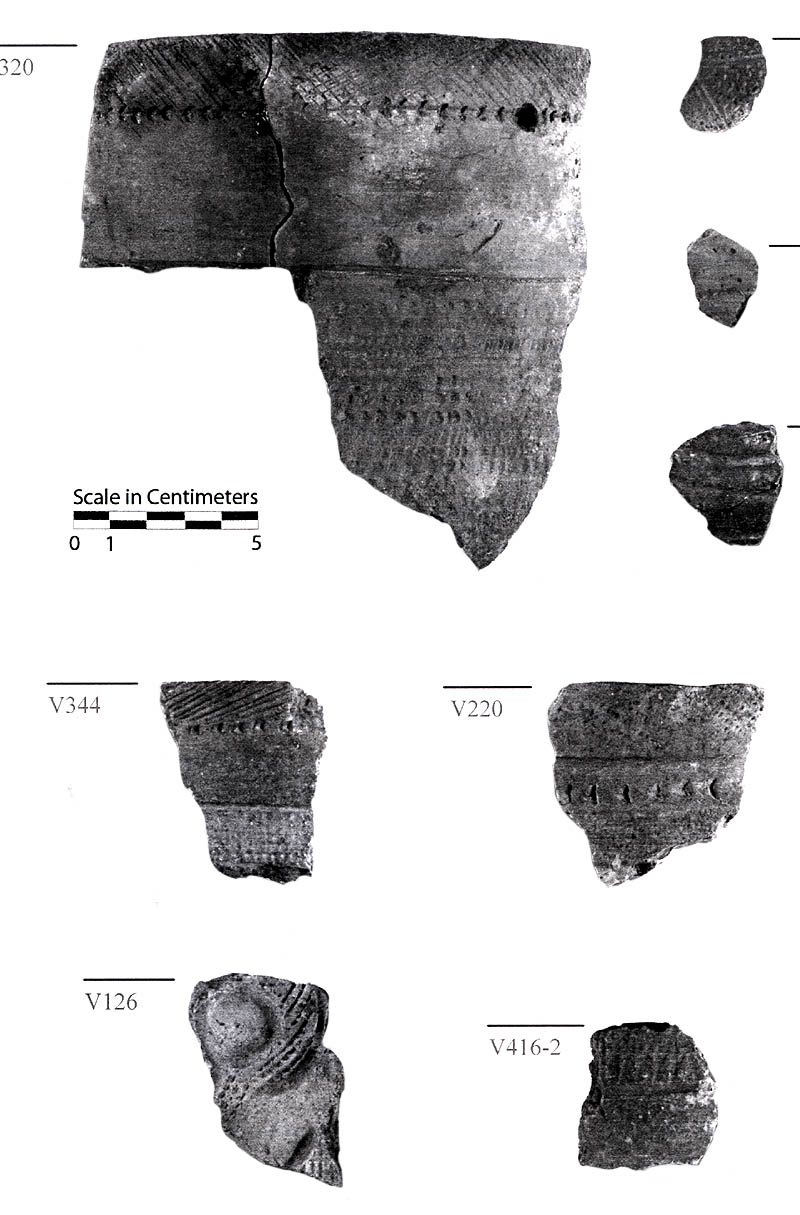 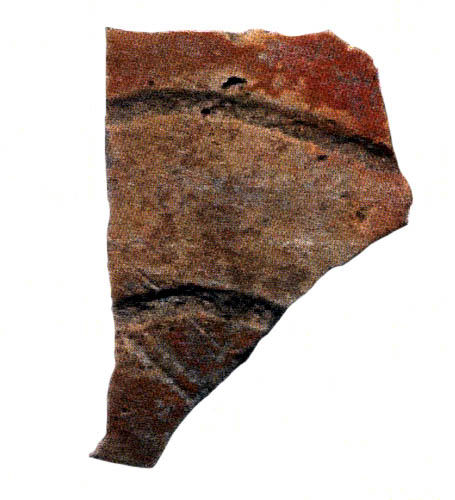 Hopewell Zoned bodysherd with red film. One bodysherd of this ware was discovered in pit feature 361. Wall thickness is 4.84 mm and it is tempered with a combination of grit and limestone. 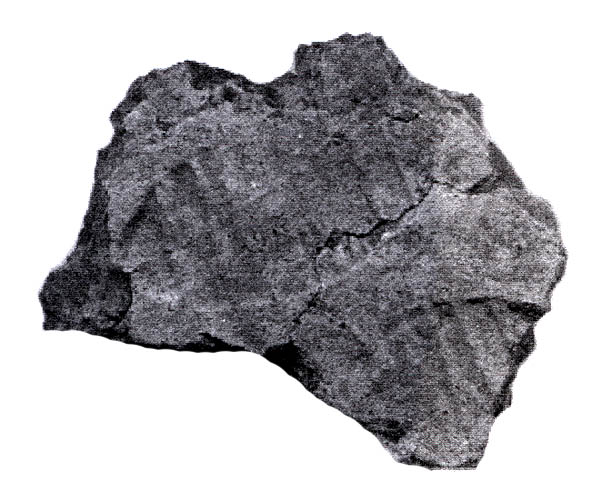 Naples stamped bodysherd. Three bodysherds and 2 rim sherds (representing two vessels) were recovered. Wall thickness of the two vessels ranged from 5.24 to 10.05. Vessel 279-4 has a rim diameter of 20 cm. Both vessels were tempered with grit. 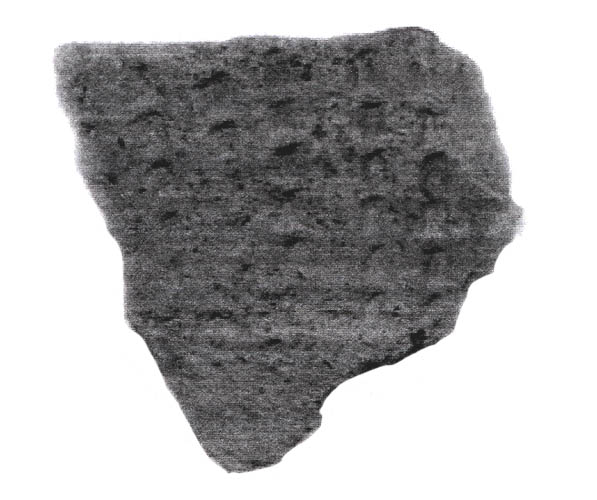 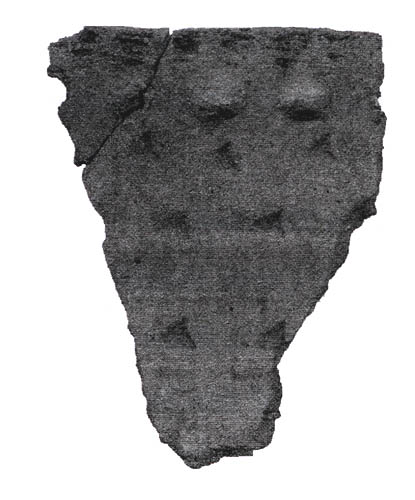