Icons in the Belogorsky Monastery located near Kungir, in the Perm District of Russia. I visited this monastery and took these digital images on 4 June 2006 as part of a Fulbright study grant project in Russia.

Large icon of the crucified Christ, Mary the Mother of Jesus, and the Apostle John. This icon was installed in the northeast corner of the nave.

Worshippers light candles before the icons of significance for mourners.

Tray of votive candles burning before an icon.

Large bronze bell awaiting installation in Belogorsky monastery during the summer of 2006.

An icon leaning against a pillar and awaiting attachment.

A newly painted icon of the Romanoff family showing Czar Nicholas, his wife and children.

Icon of the Madonna and child, four gospel writers, and angels.

Icon celebrating the consecration of a large monastic church.

Vase if fresh cut flowers brought as an offering to the monastery. 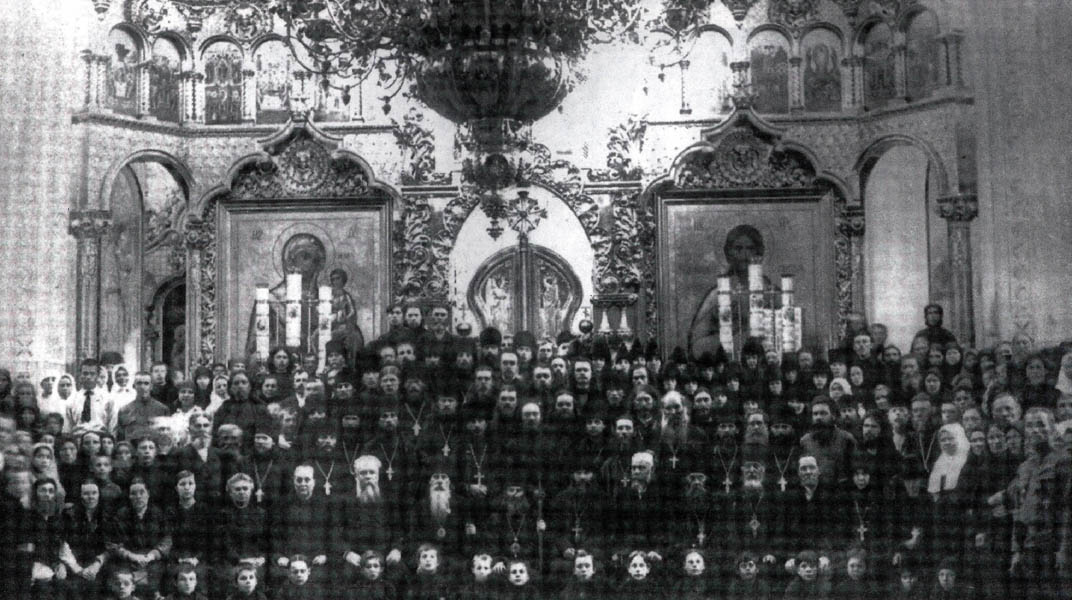 Monastery brothers, next to the iconostasis, within the Cathedral. Photograph taken on the day of consecration, 7 June 1917. The Cathedral was built to honor the Czar Cross monument. 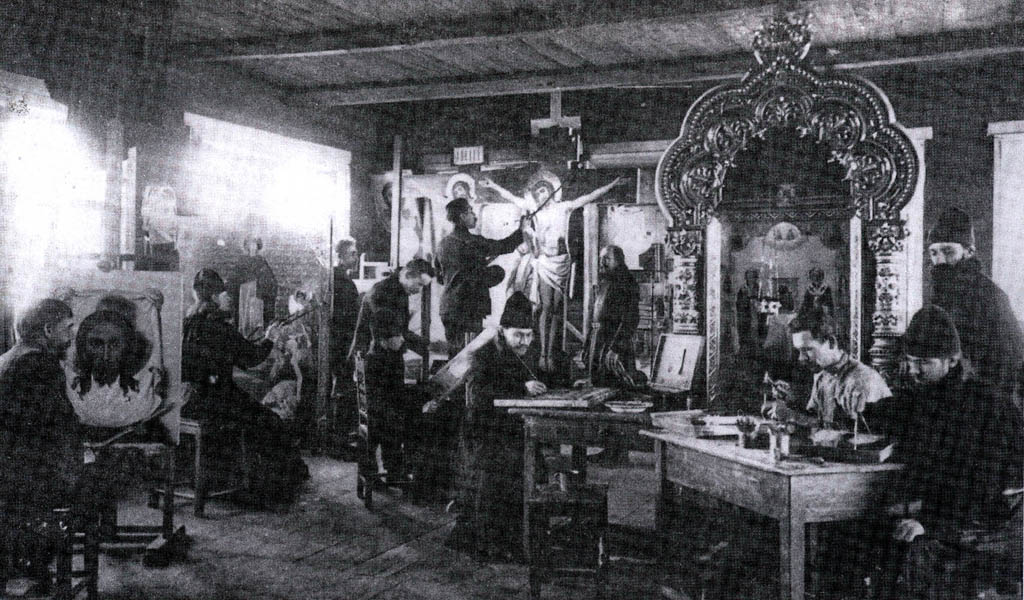 Monks painting icons in the monastery before the Russian Revolution. 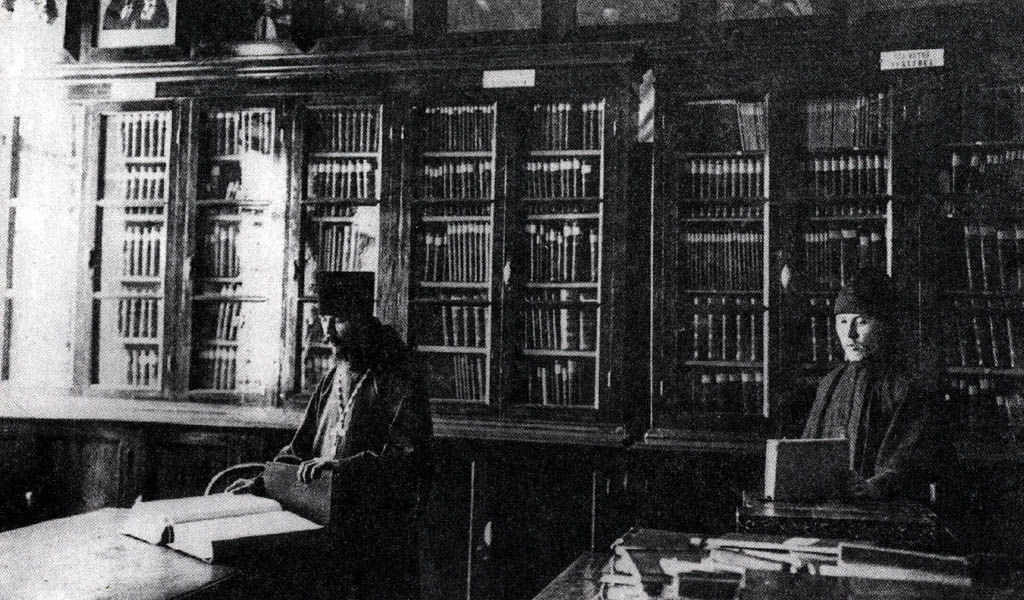 Two monks in the monastery library before the Russian Revolution. 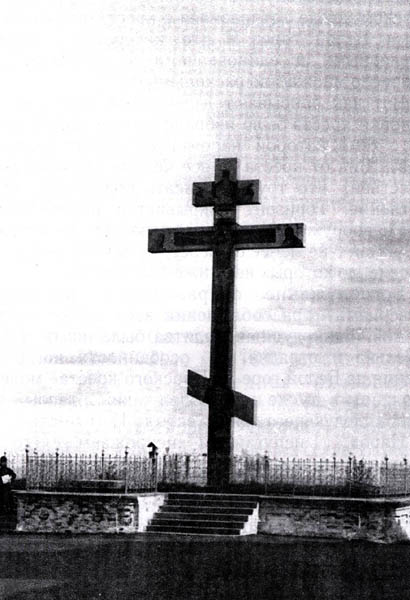 Large cross erected in 1901 to celebrate the escape of Prince Nicholas (later Czar Nicholas II) from the attack of an assassin attack against him in Japan on 29 April 1891.

Large cross that replaced the original one destroyed after the Russian Revolution.

Monastery with restored gilded domes during summer of 2006.

Father Igoumen Varlaam was the builder and first abbot of the Belogorsky St. Nicholas Orthodox Missionary Monastery Cathedral. It was construction as a missionary church by the Russian Orthodox Church within an area where many Russian Orthodox Old-Rite Church congregations were located.

The monastery was used as a hospital for shell shocked soldiers and civilians during and after the Second World War. A mental patient burnt off the roof of the monastery church in 1979 and the building was abandoned. A dedicated group of eight monks rushed to stablize the building in 1993 and it has been undergoing restoration ever since that year.