The King Hill Site (23BN1) is located in a residential area of the city of St. Joseph, Missouri. The archaeological site is situated on top of a high, west facing bluff overlooking the Missouri River Valley. It was excavated by members of the St. Joseph Chapter of the Missouri Archaeological Society and the Summer Field School of the University of Missouri - Columbia over a 10 day period in the summer of 1966 under a cooperative agreement with the St. Joseph Museum. Work was continued in the fall of that year and into the next by the St. Joseph Chapter. Additional work was conducted at the site by the University of Nebraska. 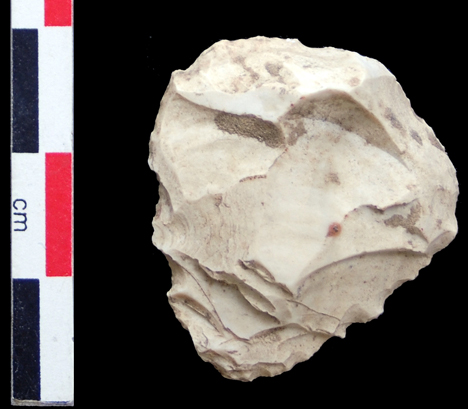 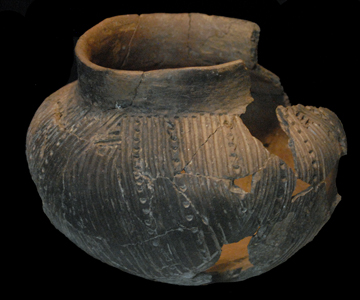 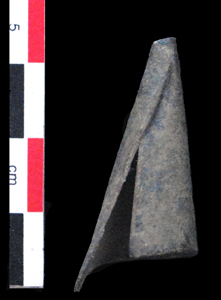 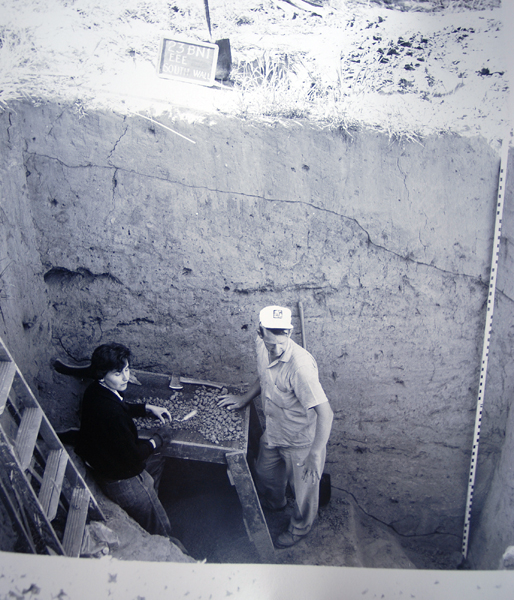 Pottery and limited trade goods in the upper levels indicate a late Oneota, early historic occupation, possibly by the Kansa tribe, about AD 1700. The site was placed on the National Register of Historic Sites in 1968 and a preliminary report was issued that same year. In 1972 further excavations, funded by the National Science Foundation, were undertaken by the University of Nebraska-Lincoln. The Missouri Field School and the University of Nebraska excavations were directed by Dr. Dale R. Henning" (Cutler and Blake 1982).

Click here for a short summary written in 1972 by Michael E. Ruppert


Click here for a short summary written in 1975 by Scott F. Anfinson 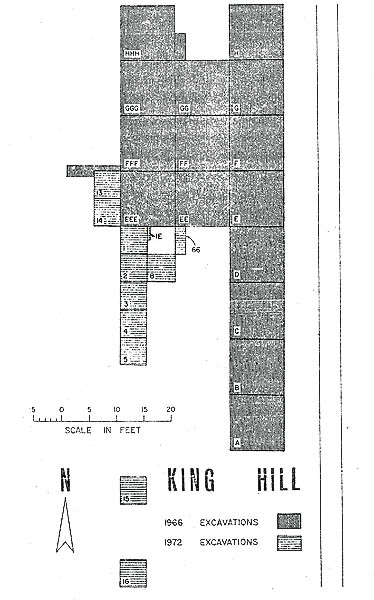 Plan showing excavations units from the 1966 and 1972 field seasons

Vertical Profile of the West Wall 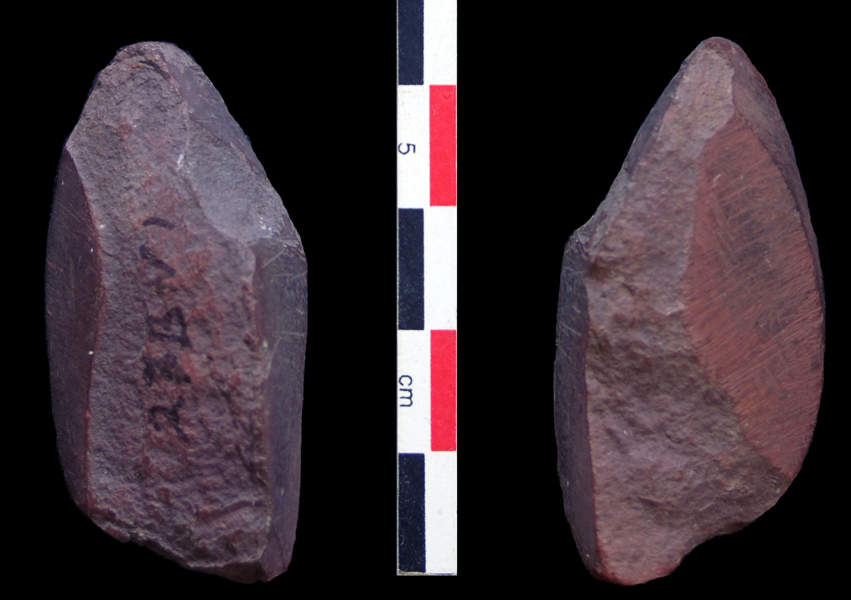 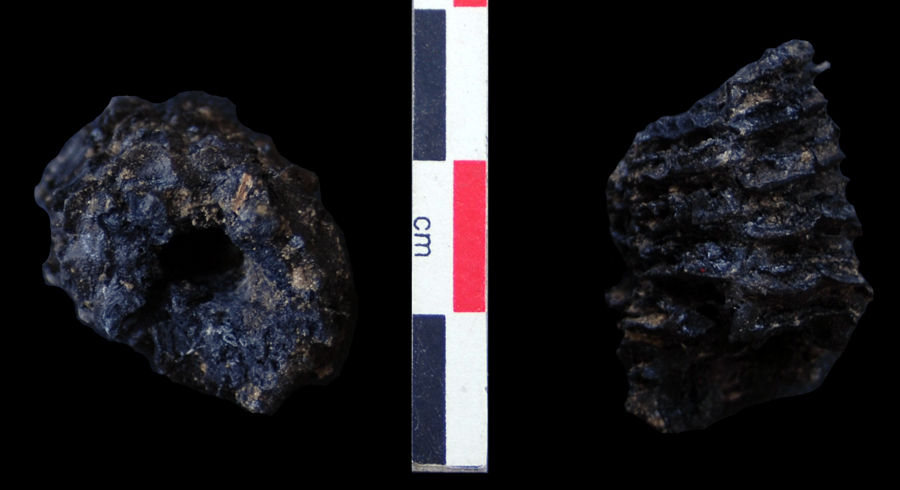 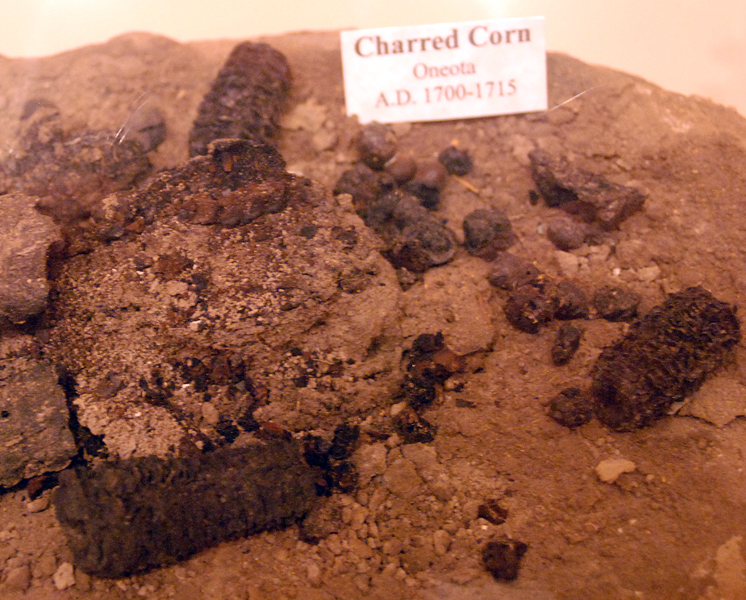 Burnt corn cobs in one of the museum displays. 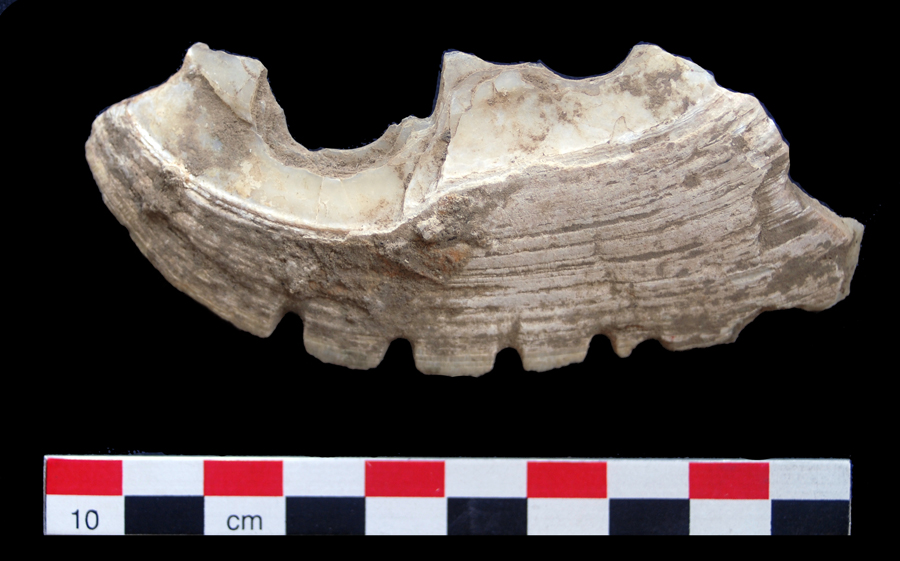 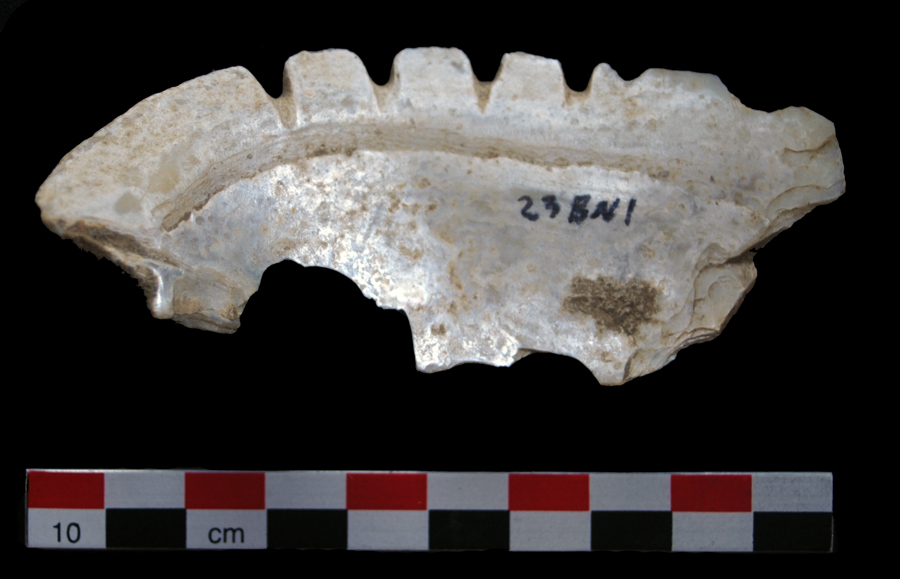 Bone drilled and used to straighten wood arrow shafts. In one of the museum's displays. 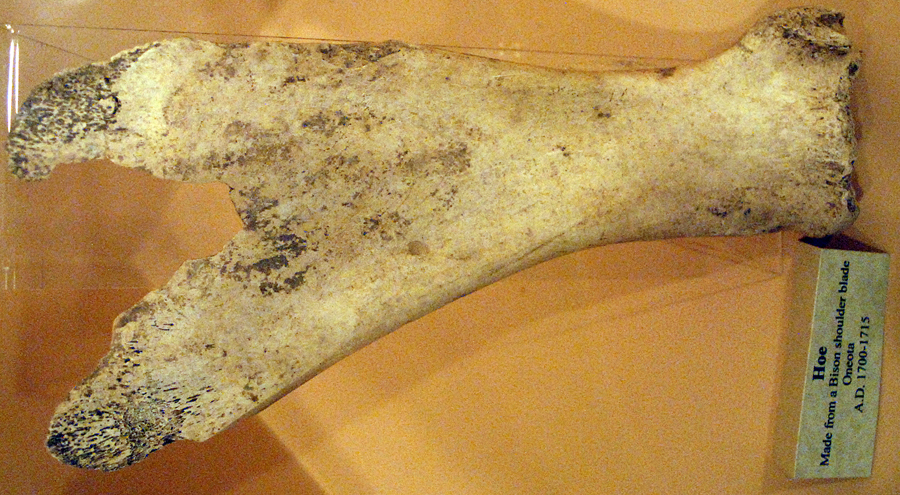 Bison Scapula used as a hoe. 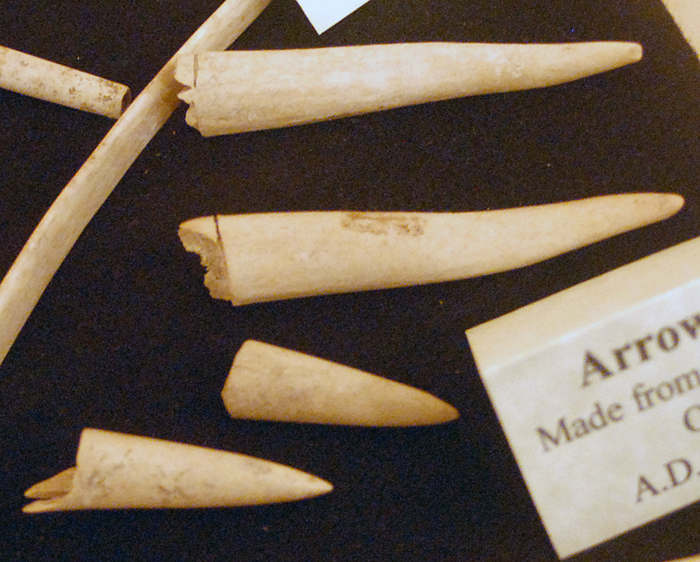 Antler tips interpreted as as projectile points. In one of the museum's displays.

Many thanks to Sarah Elder, curator of the St. Joseph Museums, for permission to work with the collection from King Hill site. Warm thanks to Michael Fisher, President Emeritus of the Missouri Archaeological Society, for discussing the site with me and encouraging my interest in the archaeology of Northwest Missouri. Special thanks to Ettus Hiatt for editorial assistance in my webpages.

Cutler, Hugh and Leonard Blake
1982 "Plant Remains from the King Hill Site (23BN1) and comparisons with those from the Utz Site (23SA2)" The Missouri Archaeologist, 43.