Two mounds and an associated prehistoric village site were identified during 1989 by a team of archaeologist from the University of Missouri - St. Louis. Archaeologists and students from St. Louis Community College conducted limited testing at the village site during Spring of 2013. 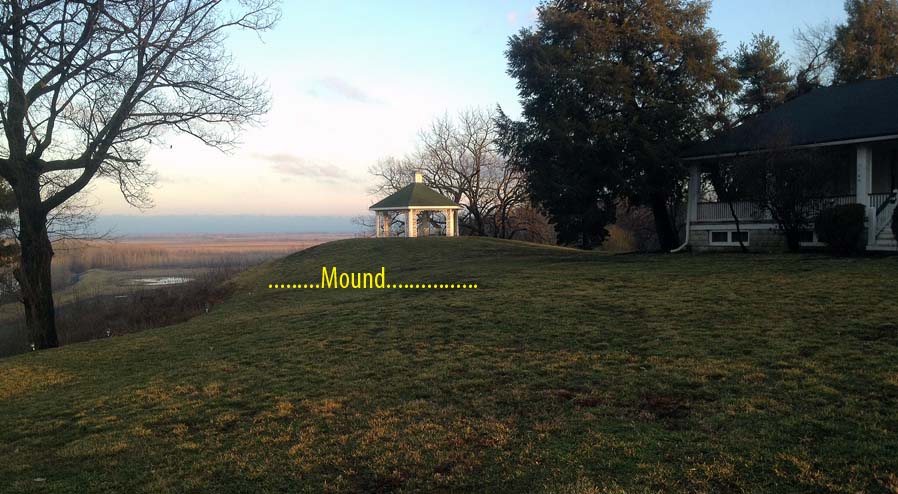 This website is designed for use by school children, amateur archaeologists and professional archaeologists. The site is located in the Kuhs Farm property and has been protected by generations of the Kuhs family. An "estimated" age for the village is AD 900 to 1050. Erosion along the edge of the site exposed a broken three-quarter grooved axe suggesting occupation at the site by the Late Archaic Period (3000 - 1000 BC). 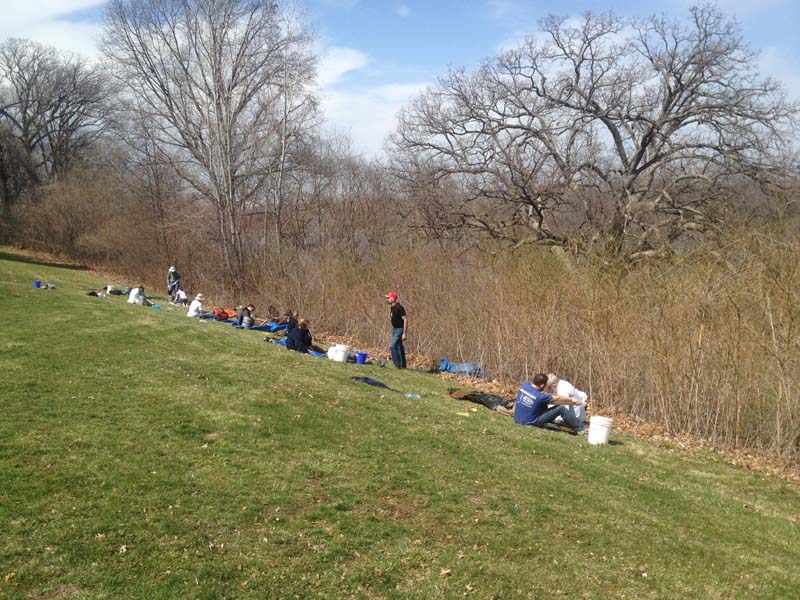 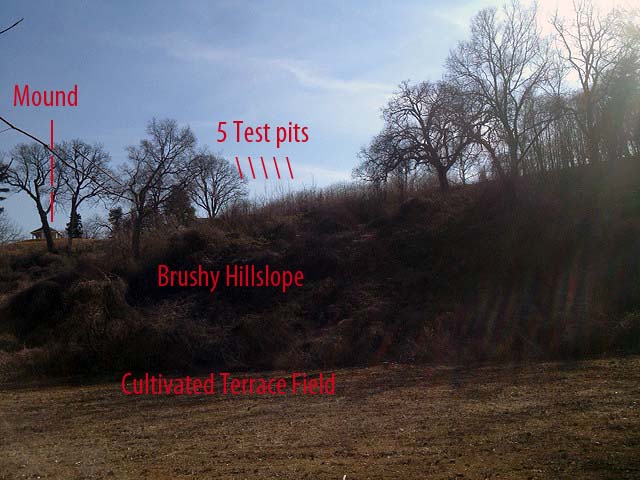 Relationship of test pits to the mound; view from the floodplain. 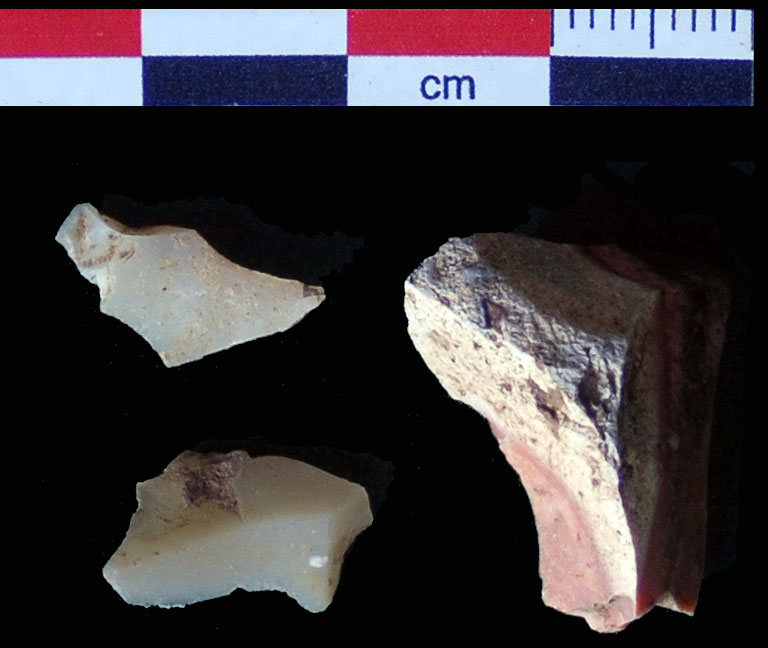 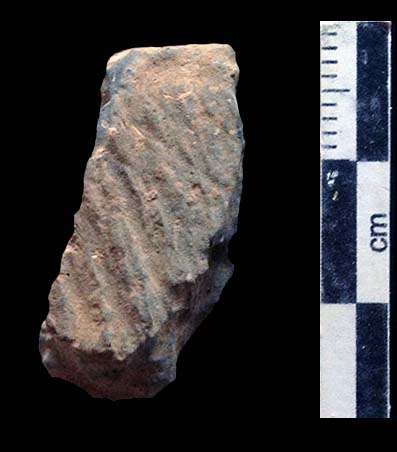 Special thanks to Joe Harl (Archaeological Research Center of St. Louis) who recorded the site with the Archaeological Survey of Missouri and encouraged me to test the site. Many thanks to the property owner, Elizabeth Parker, for providing access to the site. Special thanks to Professor John Kelly (Washington University) for examining the pottery sherds from the site. Thanks to Ettus Hiatt for who work in proofreading my webpages.