Professors Michael and Neathery Fuller had the chance to examine the famous Venus of Laussel that is on display in the Musée d'Aquitaine in Bordeaux, France. Several reliefs were discovered in the cave in 1911. The age of these reliefs is estimated to be 25,000 years ago. 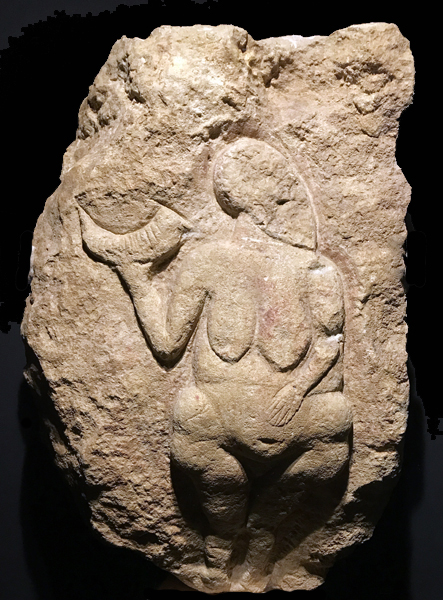 I used Photoshop to remove the background of the image of the famous Venus of Laussal. This famous piece of Paleolithic art was discovered in 1911. 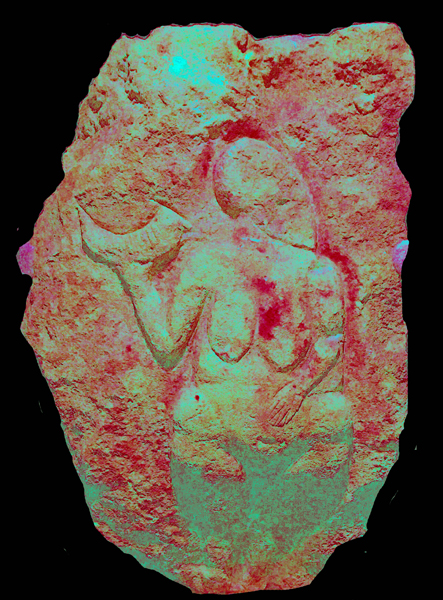 The Venus of Laussal processed with dStretch (filter LRE) gives some insight into the distribution of the red pigment on the breasts, arm, leg and outline area. 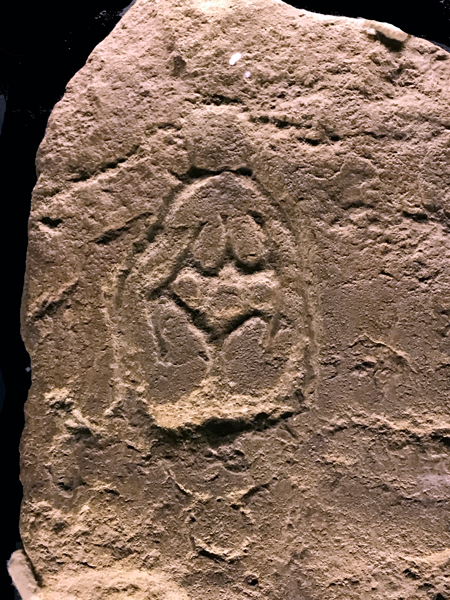 Another example of Paleolithic art from Laussel is a relief that can be interpeted at least two ways: a woman squatting and giving birth OR the spirit of a squatting woman passing out of her. 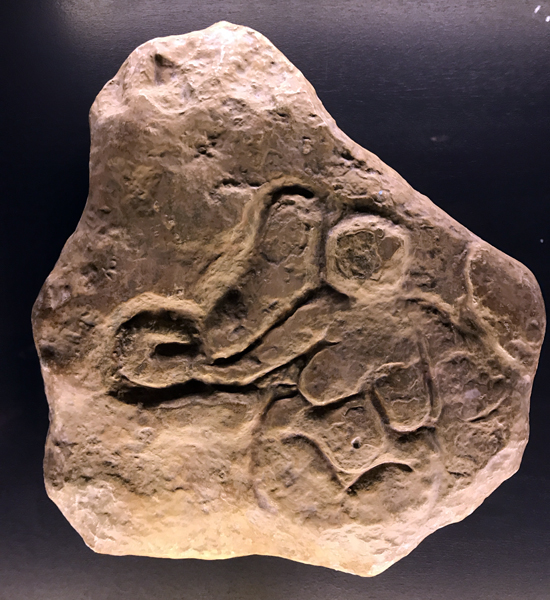 One of the reliefs from Laussel was sold to the Berlin Museum and destroyed in 1945 during the Second World War. This image shows a woman with exaggerated breasts and a pronounced navel. Her right hand suggest is holding an object that could be a tightly curved horn or the representation of a symbolic vulva (carved out of wood or shaped out of clay). A cast of this relief is on displayed in the Musée d'Aquitaine in Bordeaux, France. 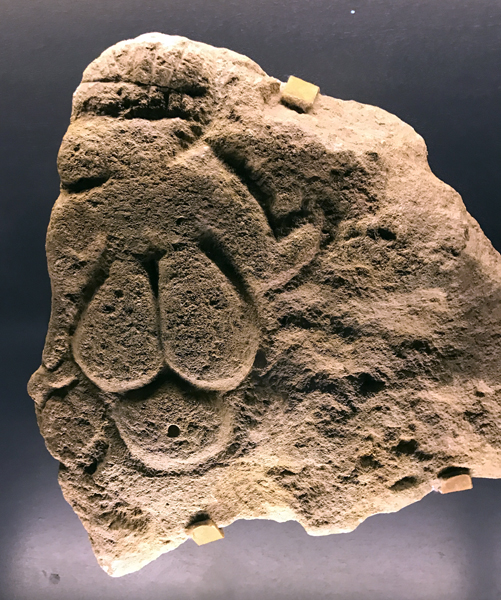 One of the reliefs from Laussel shows a female figure with either braided hair or some form of hair covering (sprang?). This image shows a woman with exaggerated breasts and a pronounced navel. The positions of her hands suggest she was holding one or two objects. 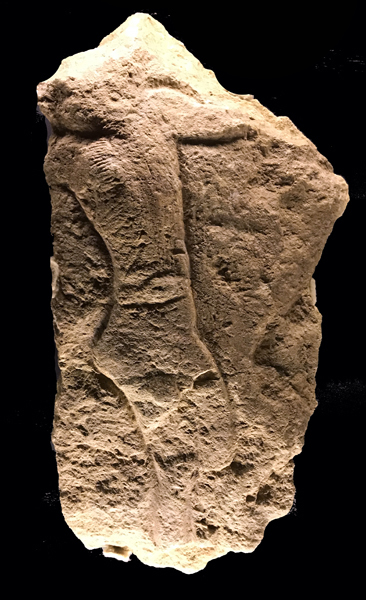 One of the reliefs from Laussel has been interpreted as a male figure based upon the absence of large breasts (prominent on the four female figures). My first impression when looking at this figure is that the arms and extended and the weight shifting on the hips - a dancer. 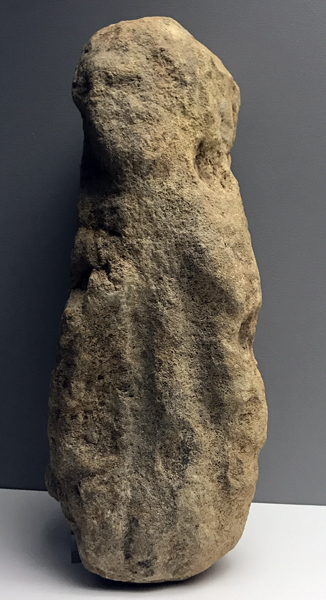 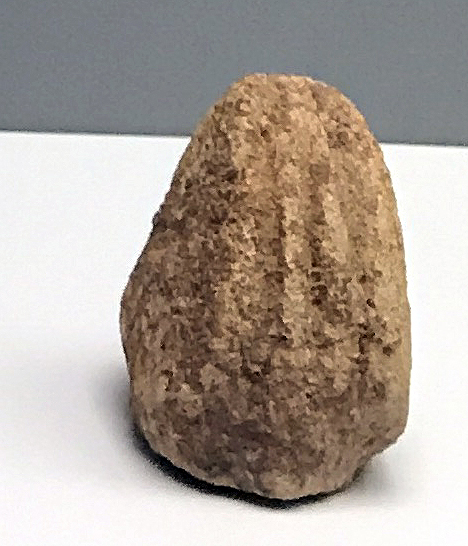 Modified piece of stone that resembles the tip of a male penis. Both female and male representations in the cave art would suggest that the site was not sacred to just one gender or deity. 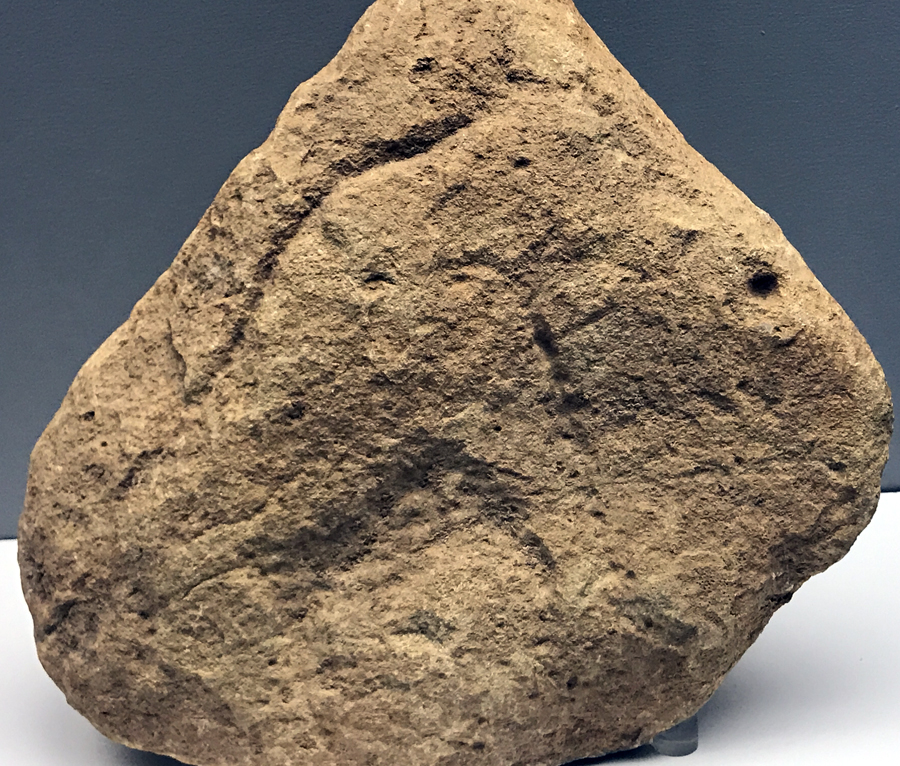 Block of stone with the outline of an animal head (horse?).