A pictograph (painted rock art) site has been known since at least the 1930s. The site is situated on private property and is not open to the public. 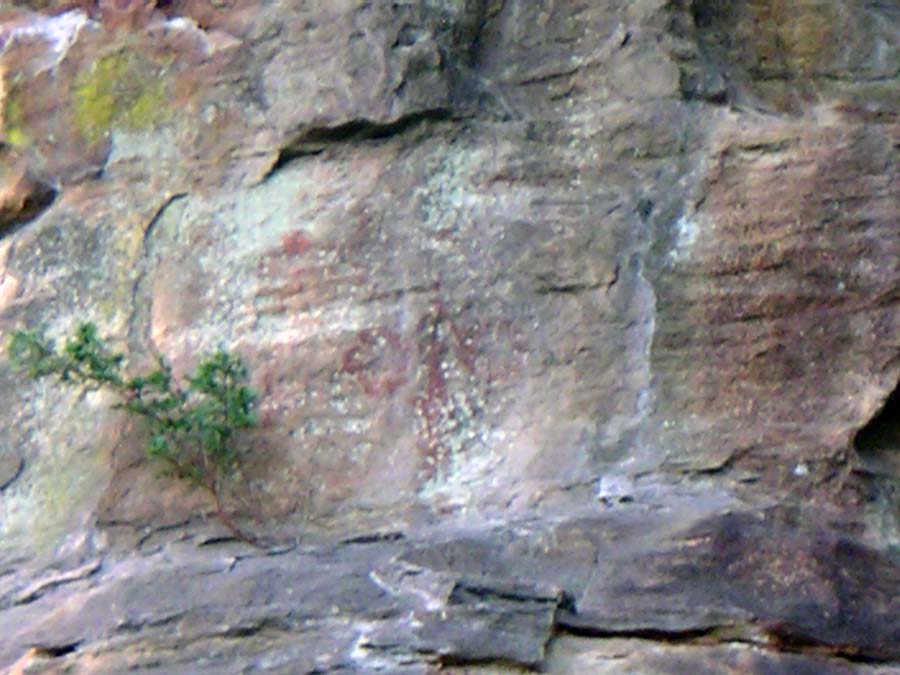 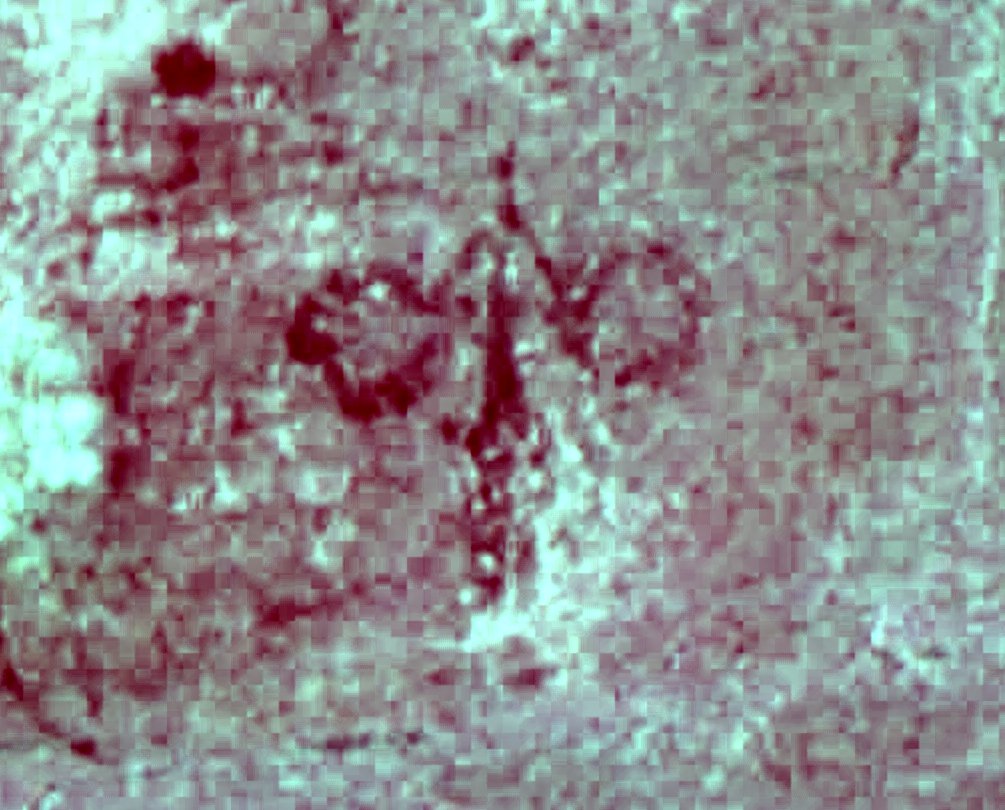 DStretch image using the YRE enhancement of the bilobed arrow and sunburst pictographs. The DStretch plugin to the ImageJ program was written by Jon Harman for rock art researchers who wish to enhance images of pictographs. 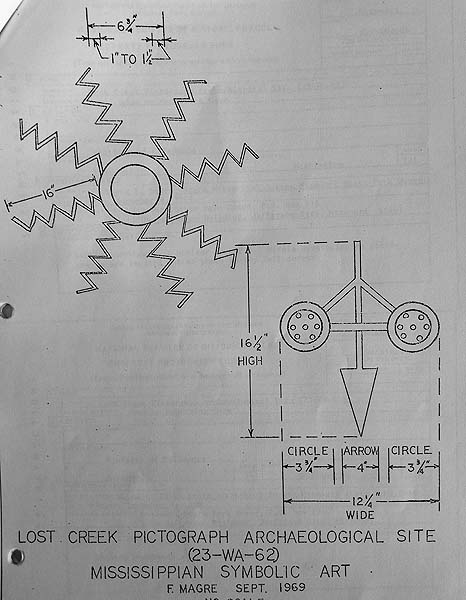 Drawing of the two pictographs in the National Register nomination for the Lost Creek Site. 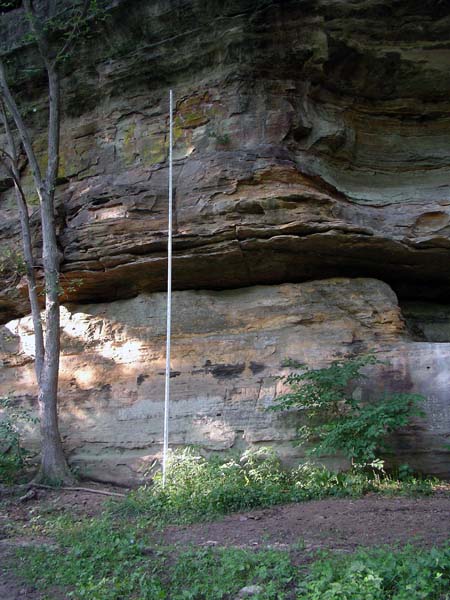 Distant view of the cliff face at the Lost Creek Site. The pictographs are 6 meters above the ground. 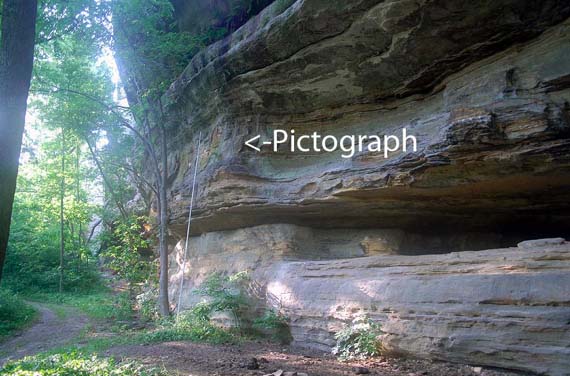 Location of the bi-lobed pictograph. 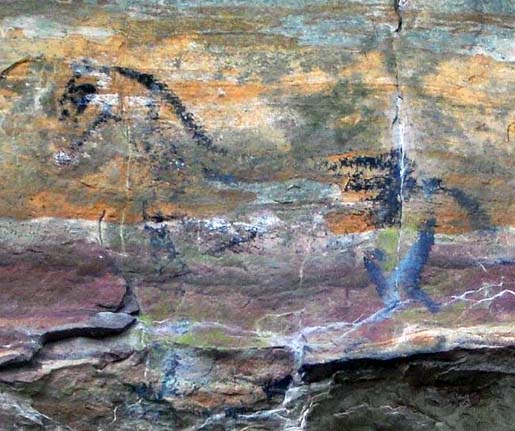 Charcoal pictograph of a horse. This pictograph was dismissed as a historic/modern painting. There is modern graffiti on the rock face, but nothing as elegantly executed as this painting. The "elevated" location of the horse pictograph parallels the bilobed arrow and sun-burst pictographs. This may be the last Native American pictograph made in Missouri during the 1800s. A similar horse image, in the Detroit Institute of Art, was incised on an elk antler riding quirt (whip) by an Osage artisan around 1860 (Penney 1992:Figure 195). The horse scene on the quirt is interpreted as a celebration of a successful raid to capture horses. 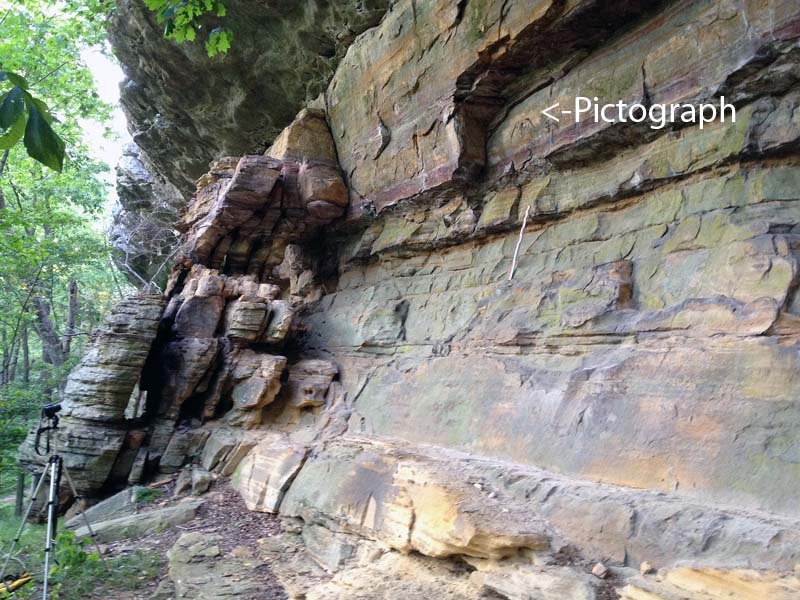 Charcoal pictograph of a horse. Scale is a meter. 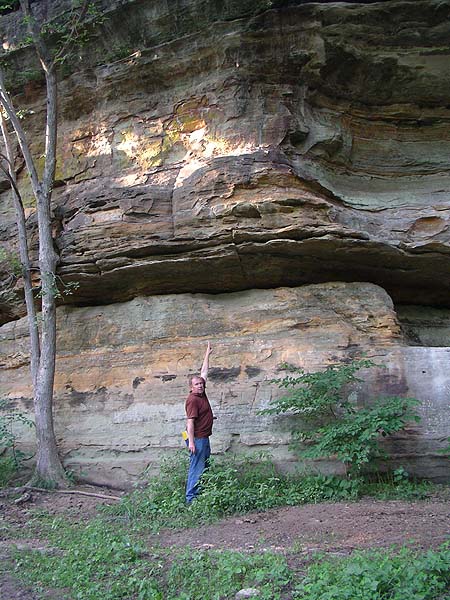 Professor Michael Fuller points to the high ledge where the bi-lobed pictograph is situated.