Madaba in Jordan is well known for the mosaic map, but the site has other significant mosaics. 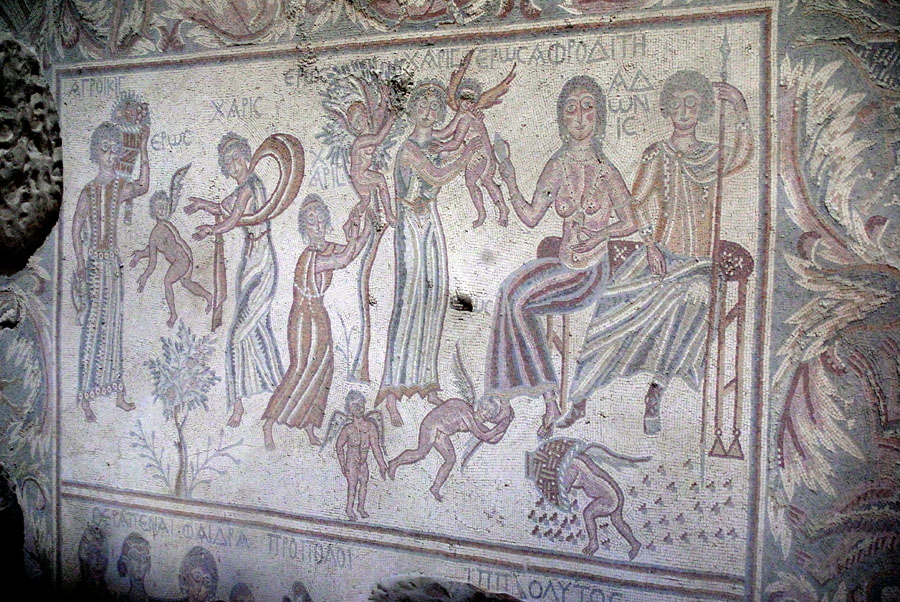 Mosaic floor in Hippolytus Hall, Madaba. This mosaic is dated from AD 500 to 550. Aphrodite (topless) is seated next to Adonis (holding a spear). Cupid and various Erotes (such as Anteros - "Love Returned"), Himeros - "Impetuous Love" and Pothos - "Desire, Longing") create havoc. 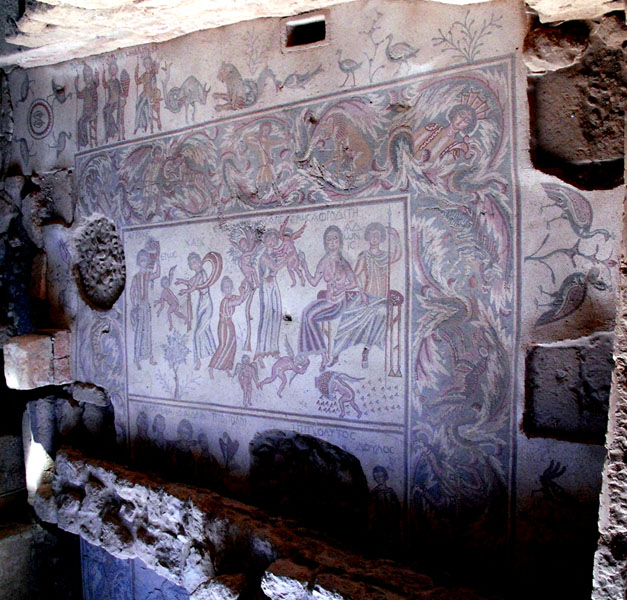 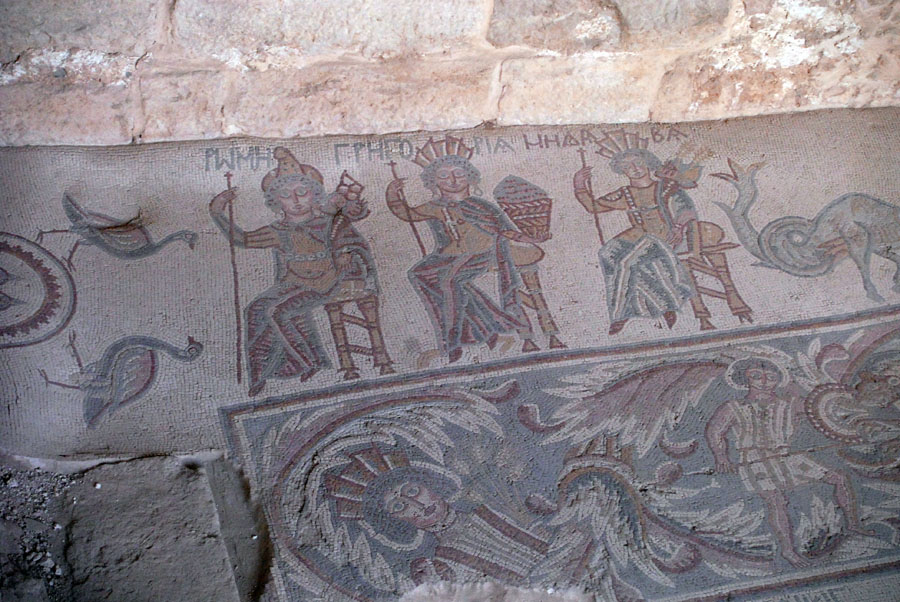 Three seated figures are the personifications of Rome, Gregoria, and Madaba. 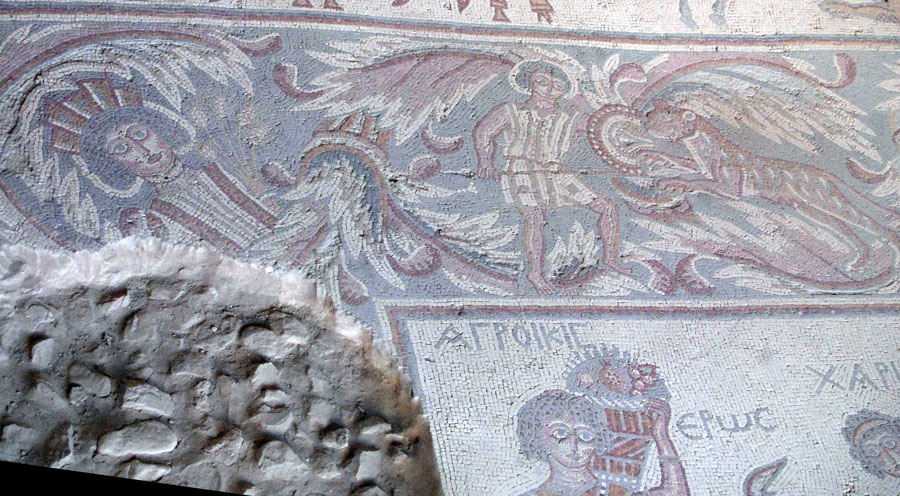 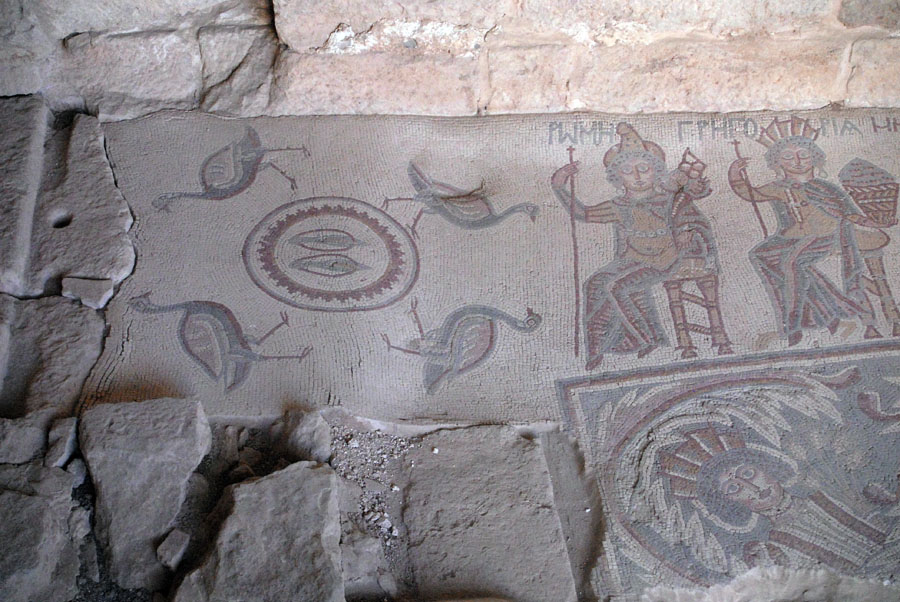 A pair of sandals (Aphrodite's?) are framed by four birds.

Charis (the Greek goddess Charity) tries to catch Eros before he flies into Agroikis (a light hearted character carrying a basket). 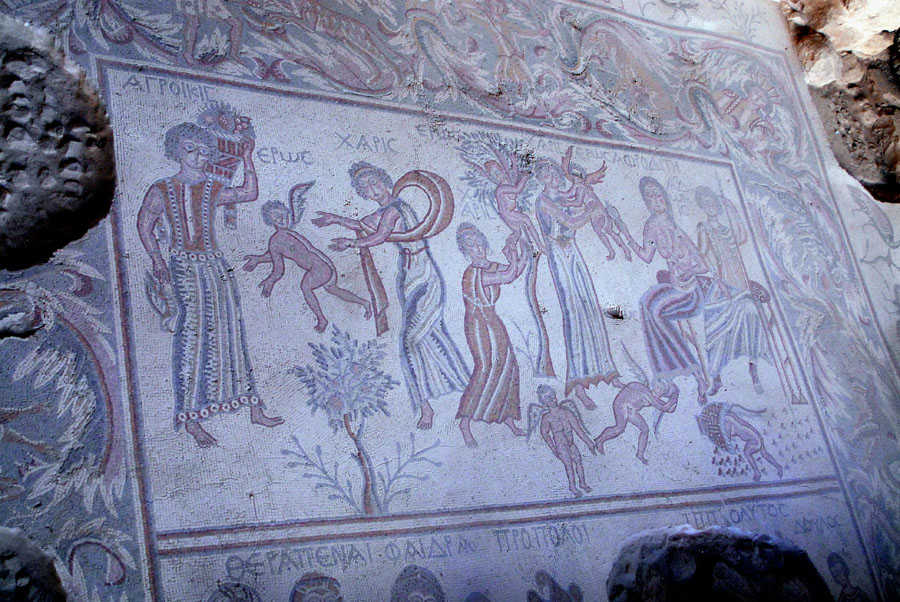 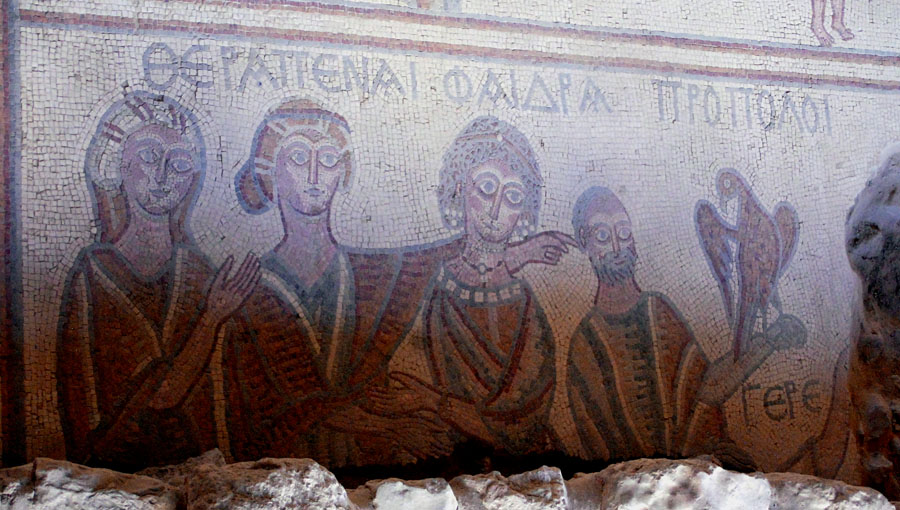