One of the most significant archaeological sites in the St, Louis area is the Martens Site (23SL222) situated in the municipality of Chesterfield, Missouri. 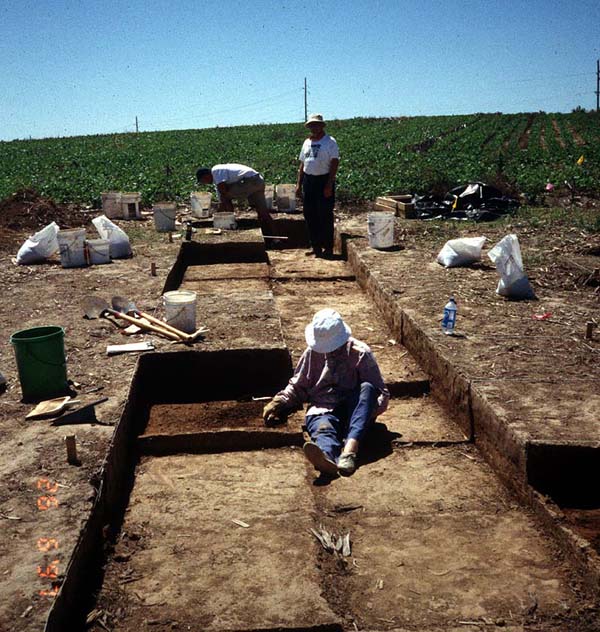 This website is designed for use by school children, amateur archaeologists and professional archaeologists. Nothing of this site remains after the construction of new subdivisions and the realignment of Olive Street road by the Missouri Highway Department.. 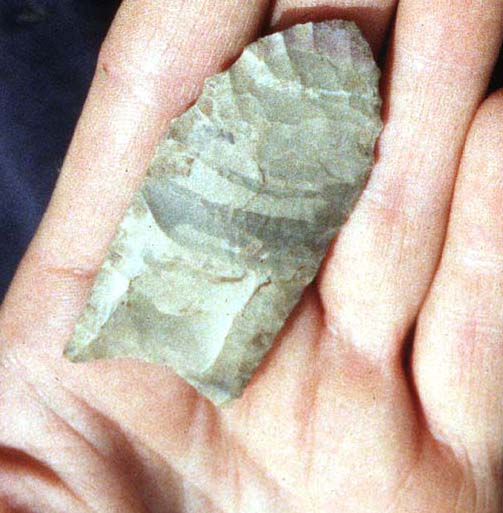 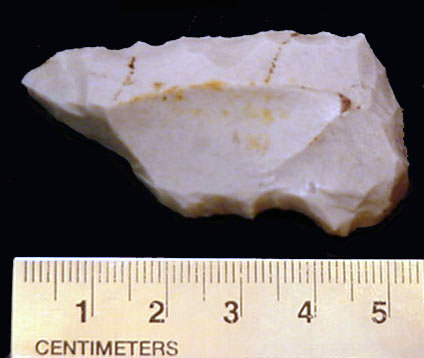 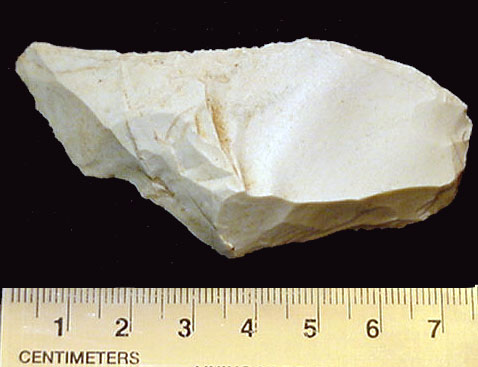 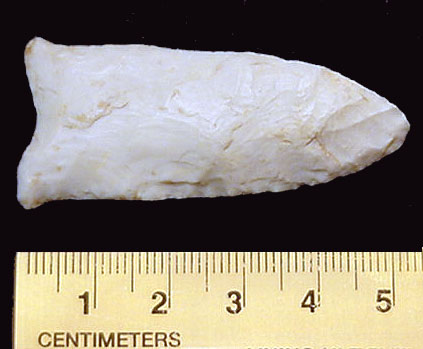 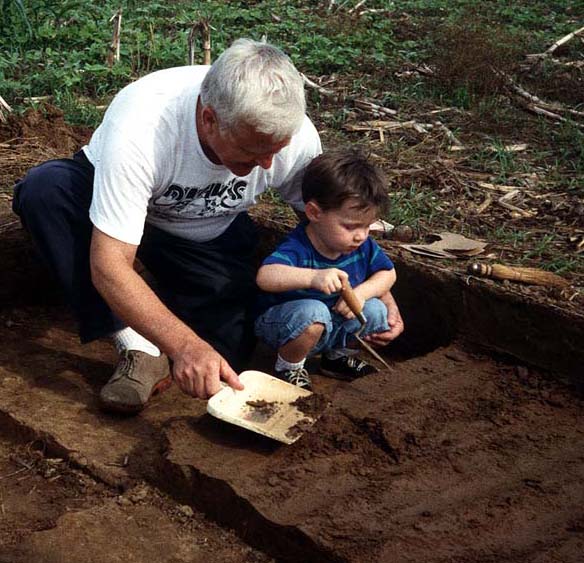 Dick Martens (Missouri Archaeological Society Treasurer) shown here with his grandson, recognized the unique natural of the Clovis occupation at the Martens Site. He brought the site to the attention of Julie Morrow (Washington University graduate student in Anthropology, now Dr. Morrow) who excavated at the site in 1997 to document the site's Clovis Culture tool technology. Dick Martens and several amateur archaeologists helped with the excavation. Neither bone nor charcoal was preserved in the soil matrix at the Martens Site, thus there is not a C-14 date on the occupation. The site can be estimated as around 9550 BC based upon parellels to other dated Clovis Sites. 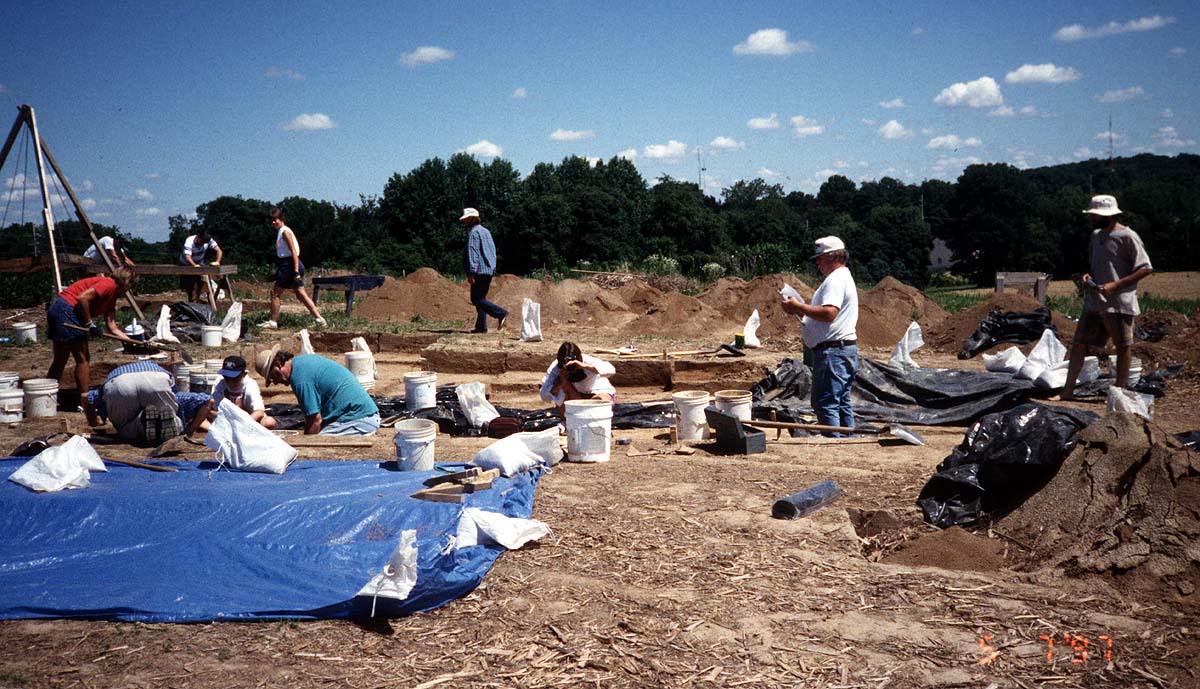 Volunteer, amateur archaeologists from the Mound City Chapter of the Missouri Archaeological Society and students from Washington University worked side-by-side in an effort to document the site before its destruction. 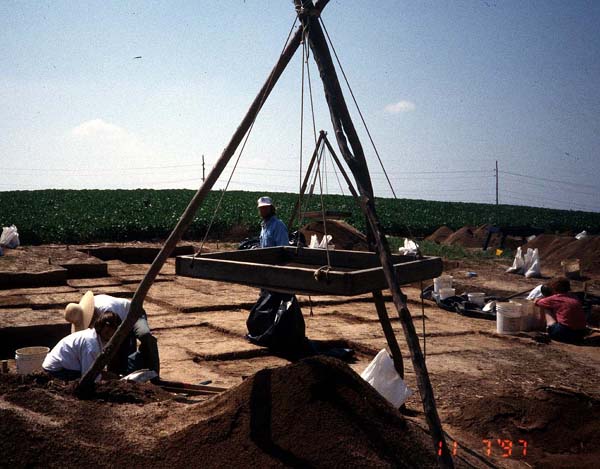 The excavation was conducted in 1 x 1 meter units with all soil sieved through 1/4 inch mesh to recover waste flakes as well as artifacts. Artifacts were photographed and piece plotted in situ whenever possible. Careful attention was paid to the soil matrix in hopes of finding bone or charcoal samples. 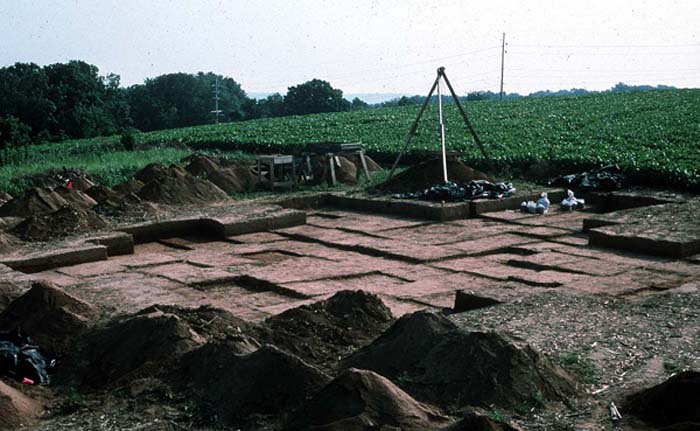 The excavation strategy at the Martens site was to take a number of adjacent squares down to the Clovis occupation surface and that goal was accomplished. 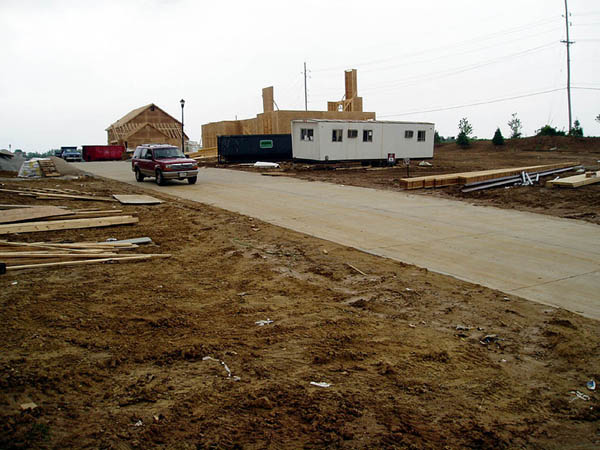 Any evidence for the Clovis occupation at the Martens Site has been erased by housing subdivisions constructed during 2003.

This bibliography is not exhaustive, but lists some of the relevant publications dealing with the Martens Site:

Special thanks to Mr. Richard Martens who discussed the site with me and allowed me to photograph the artifacts in his home. Thanks to Ettus Hiatt for who work in proofreading my webpages.