Research at the Mendenhall village site was conducted by Dr. Earl Lubensky on behalf of the Missouri Archaeological Society. 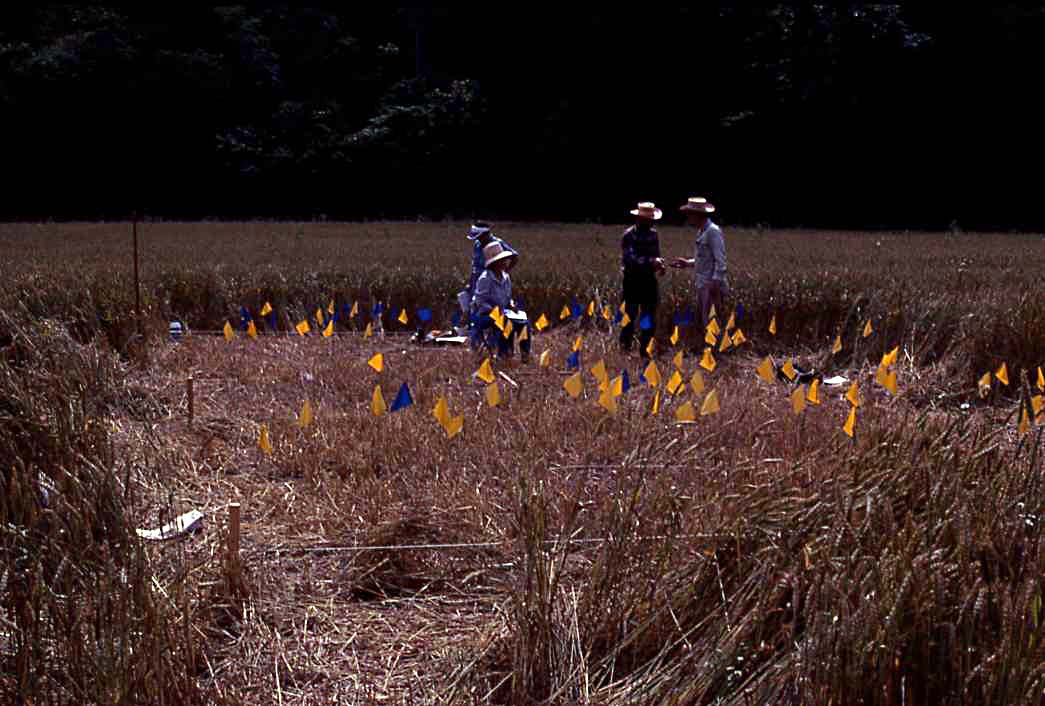 A flag survey, marking surface artifacts, was conducted during June 1983 at the Mendenhall Village Site. 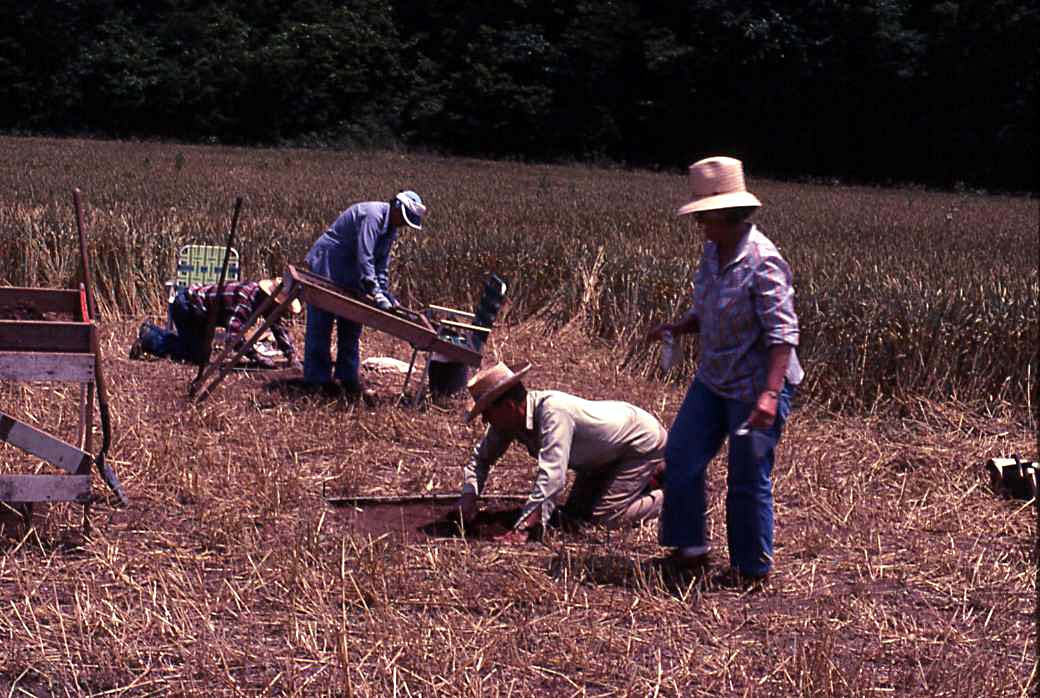 Start of excavation during June 1983 at the Mendenhall Village Site. 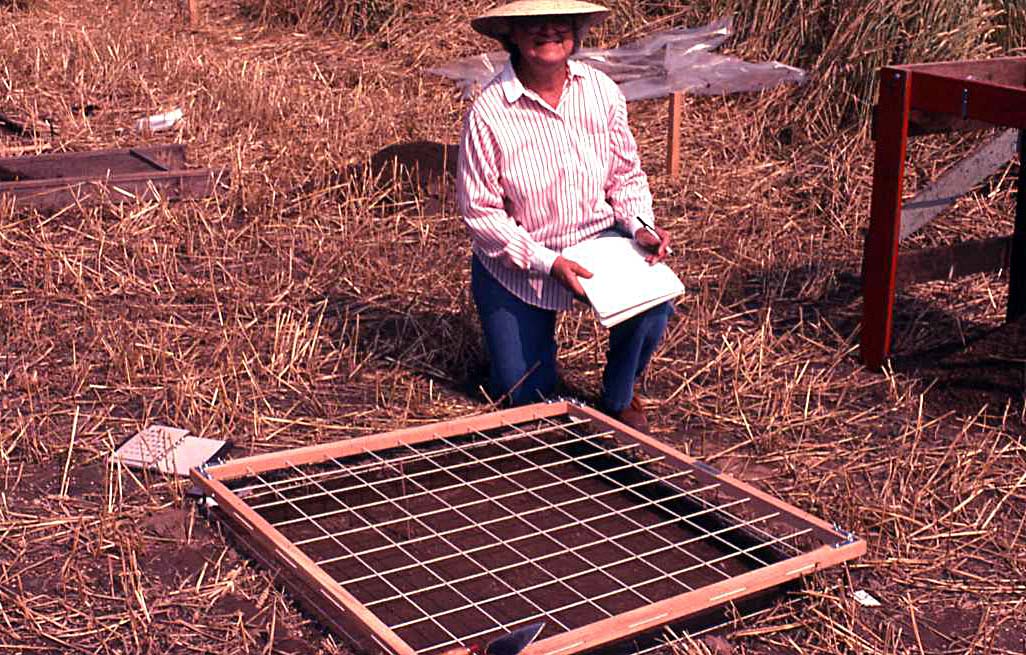 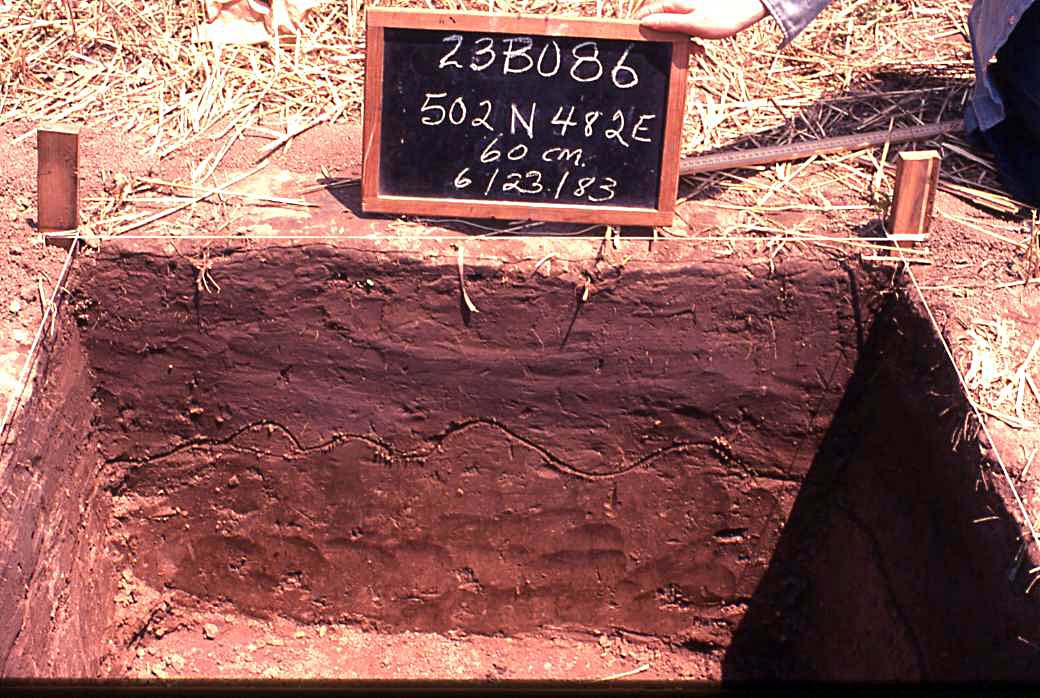 Profile showing the contact between the plowzone and undisturbed soil during June 1983. 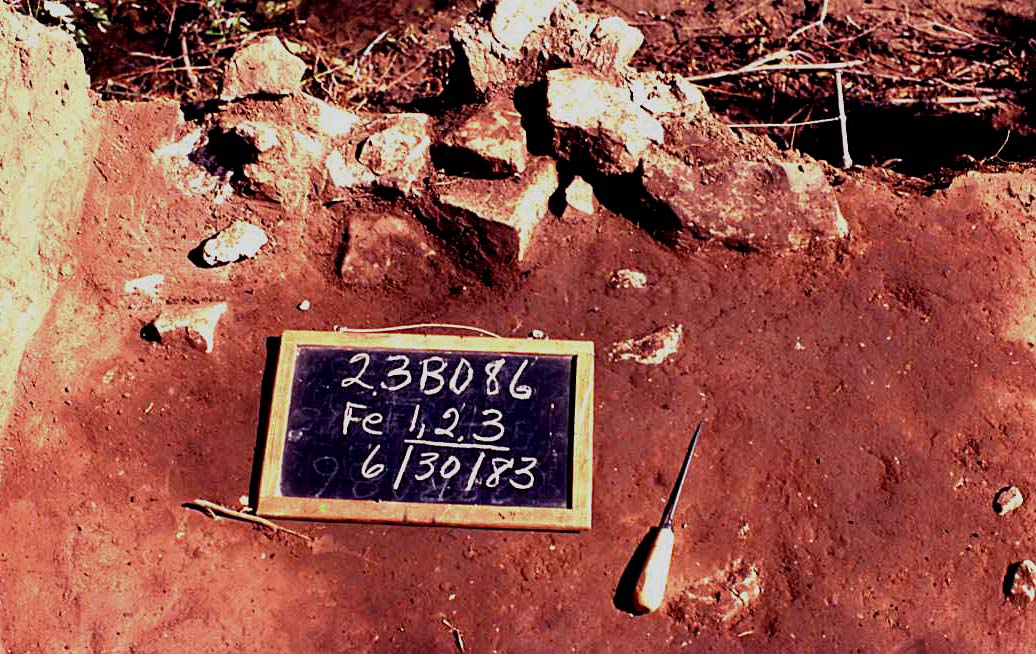 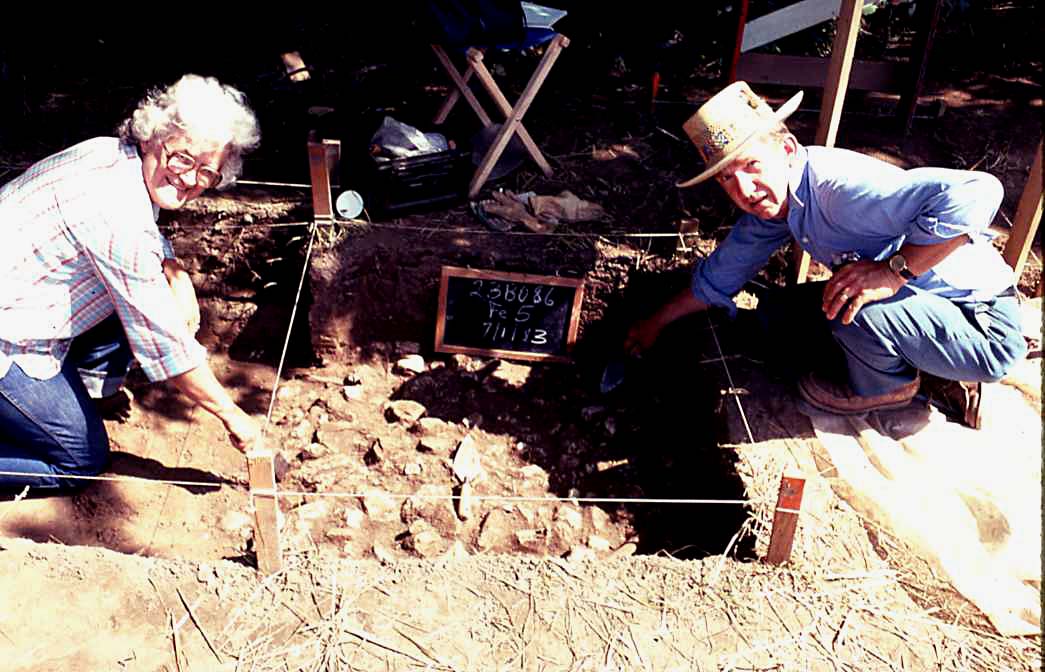 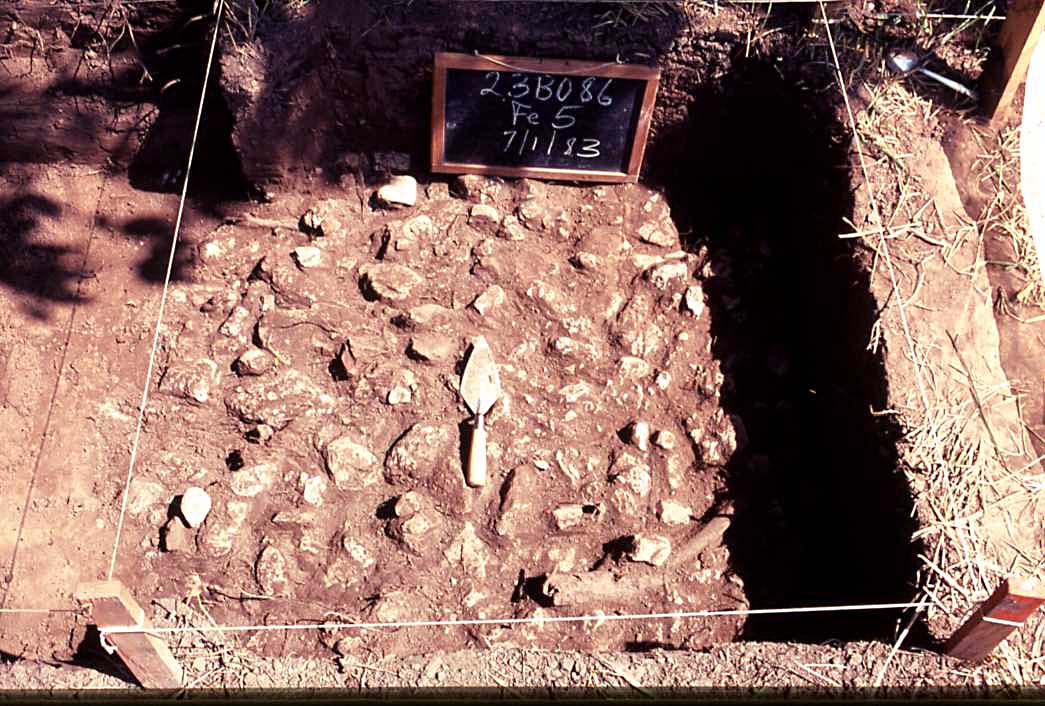 Features 5 exposed during July 1983. Earl Lubensky interprets this feature as the floor of a sweat lodge. The stones showed evidence of being heated. The absence of charcoal and absence of a pit feature make it unlikely that this feature was a cooking feature. 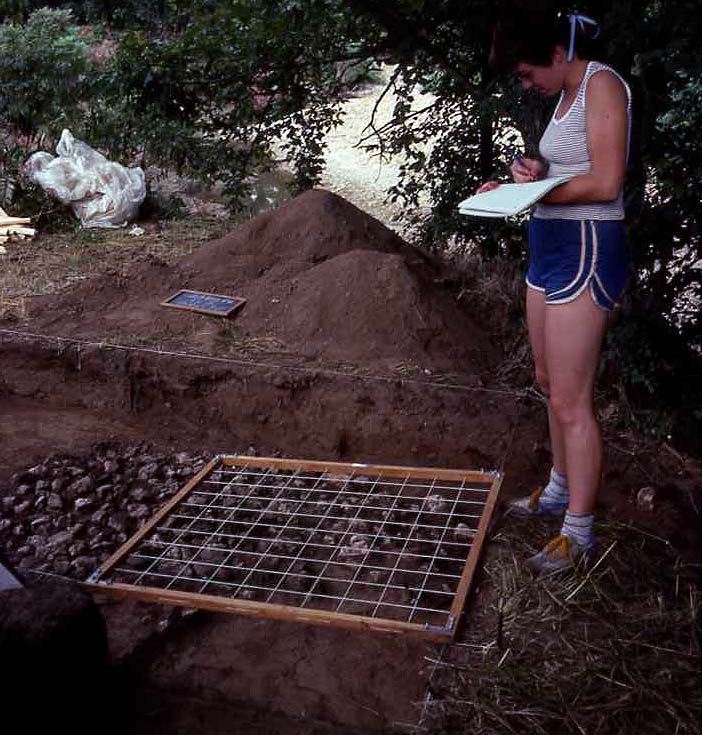 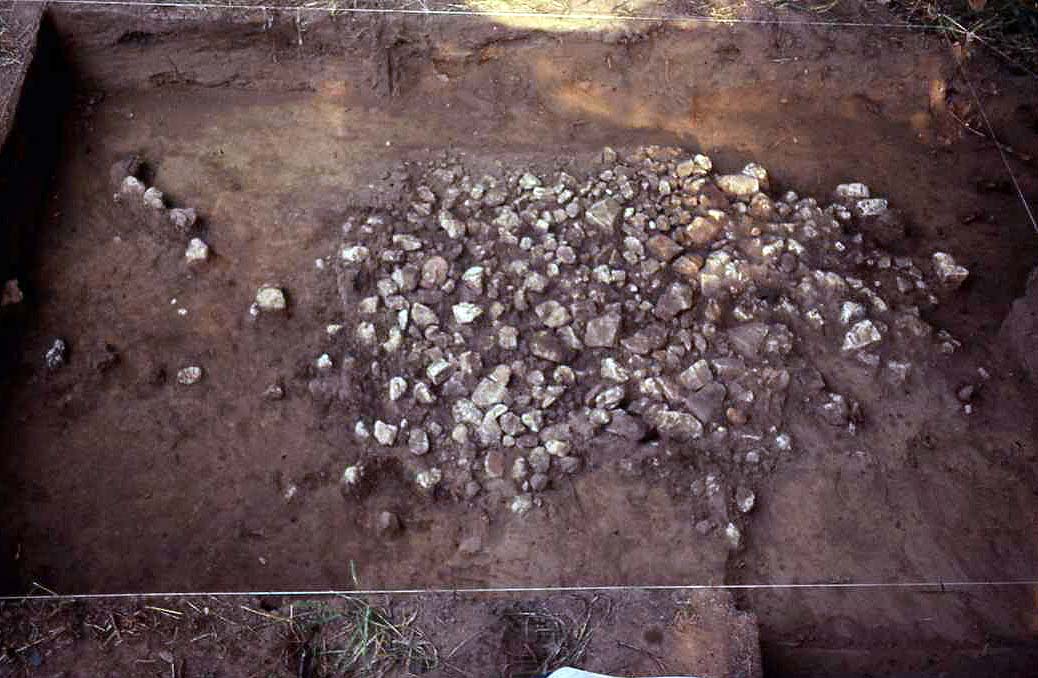 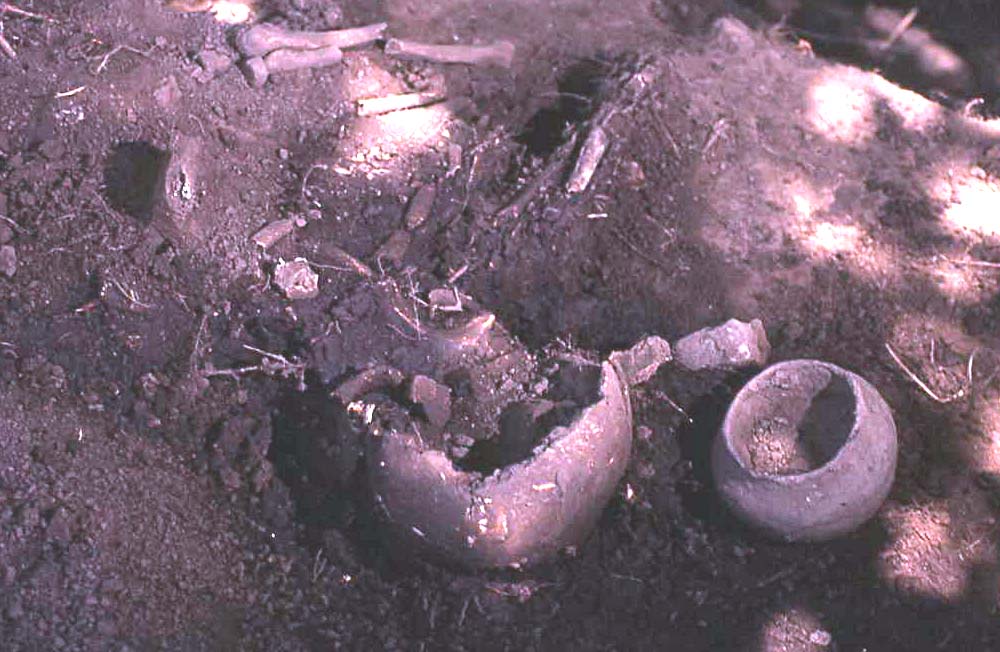 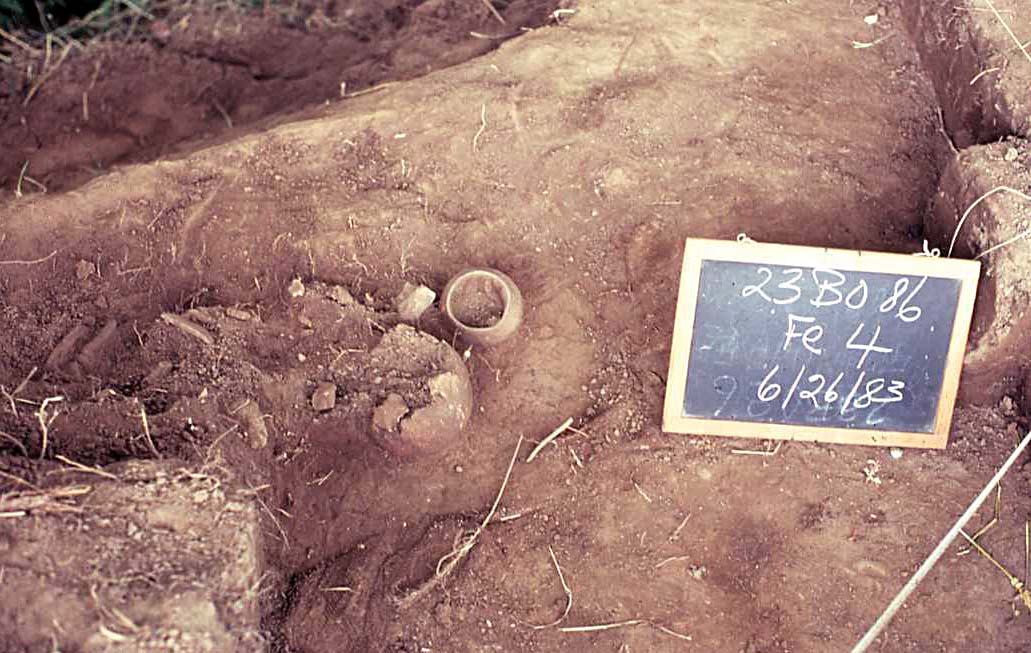 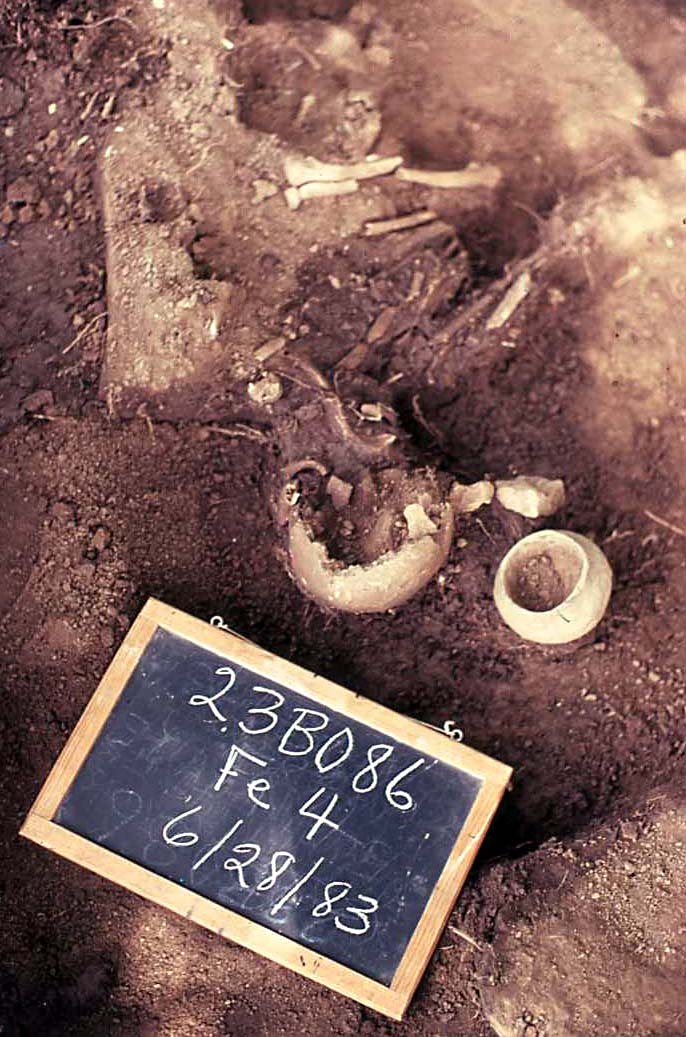 Features 4 exposed during June 1983 is a burial with associated pottery. 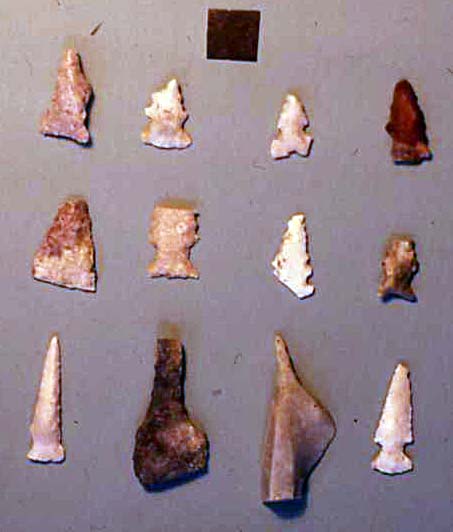 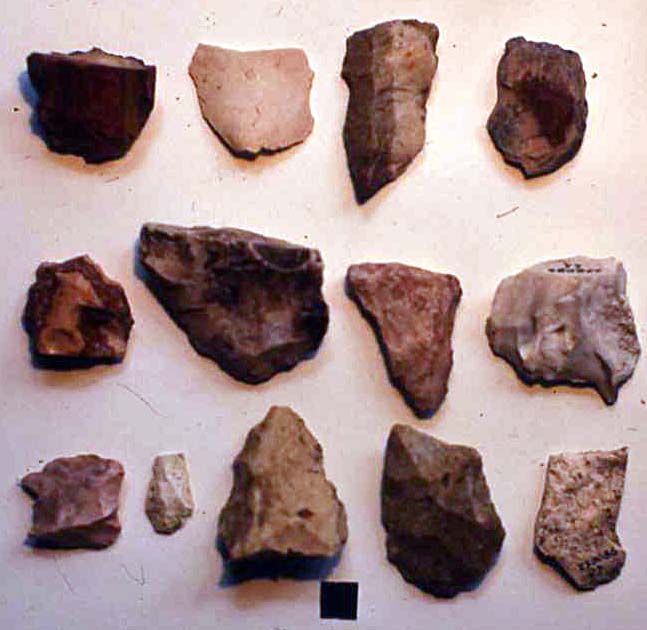 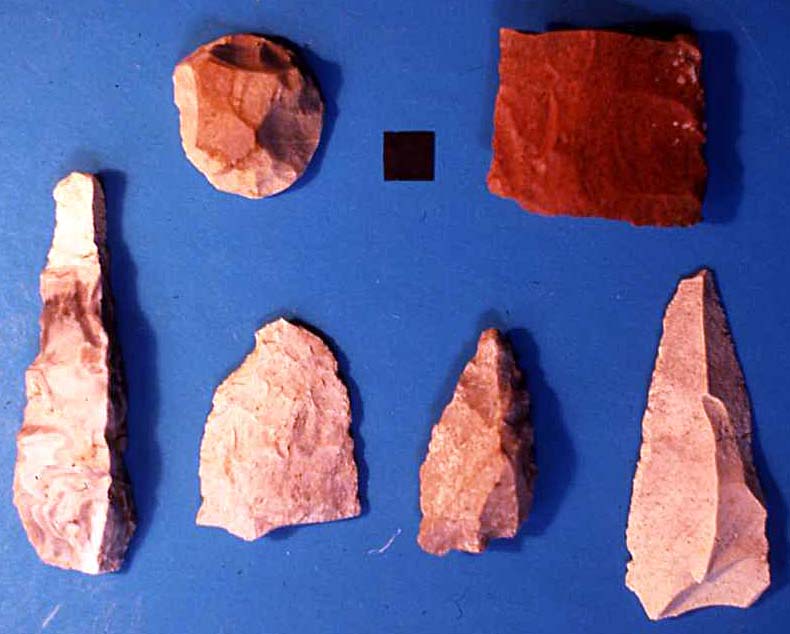 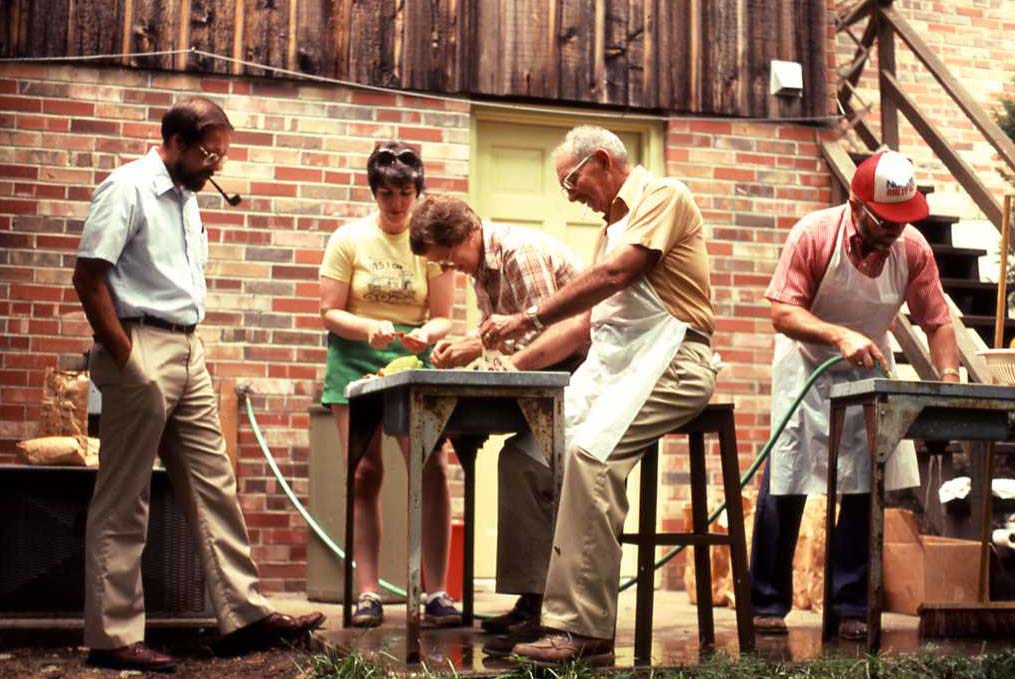 Members of the Missouri Archaeological Society help wash and process artifacts and debitage from the excavation at the Mendenhall Village Site. 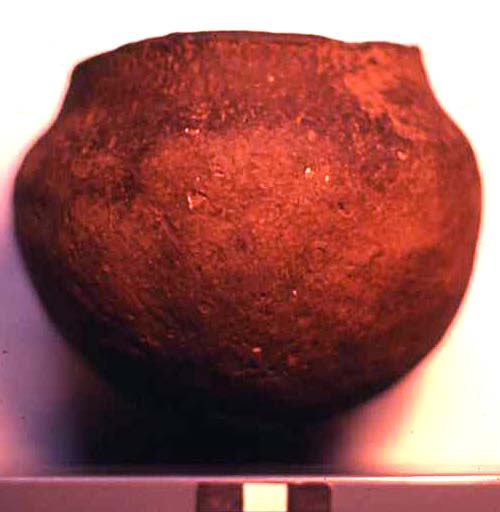 Intact pottery vessel found in association with the burial. This specimen could be classified as Boone Cordmarked. 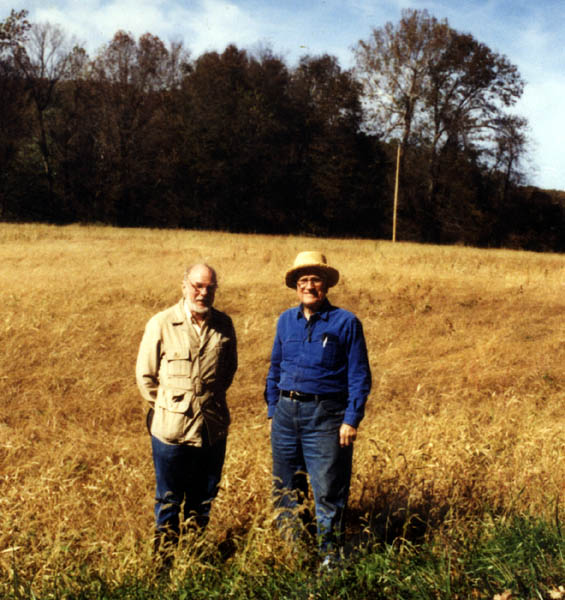 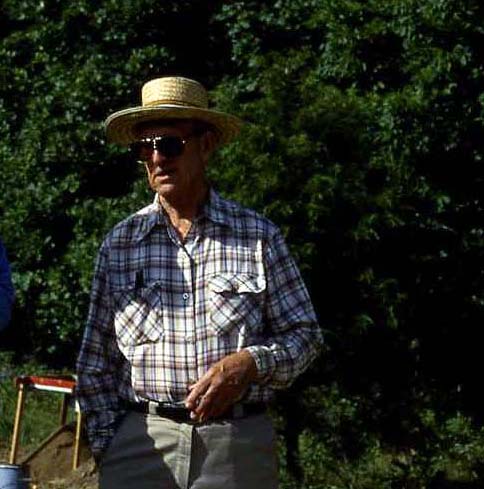 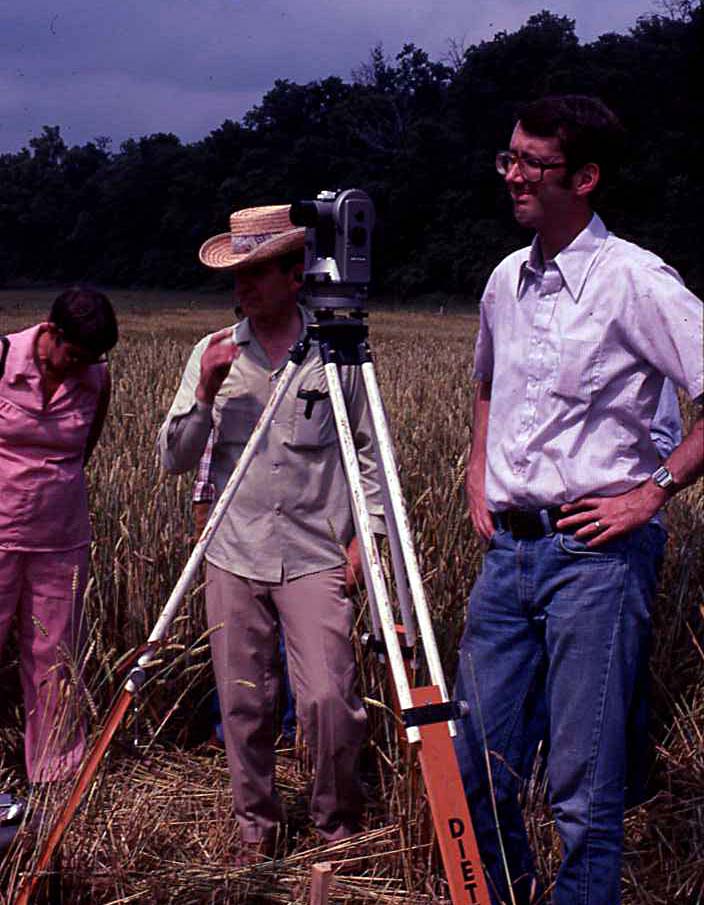 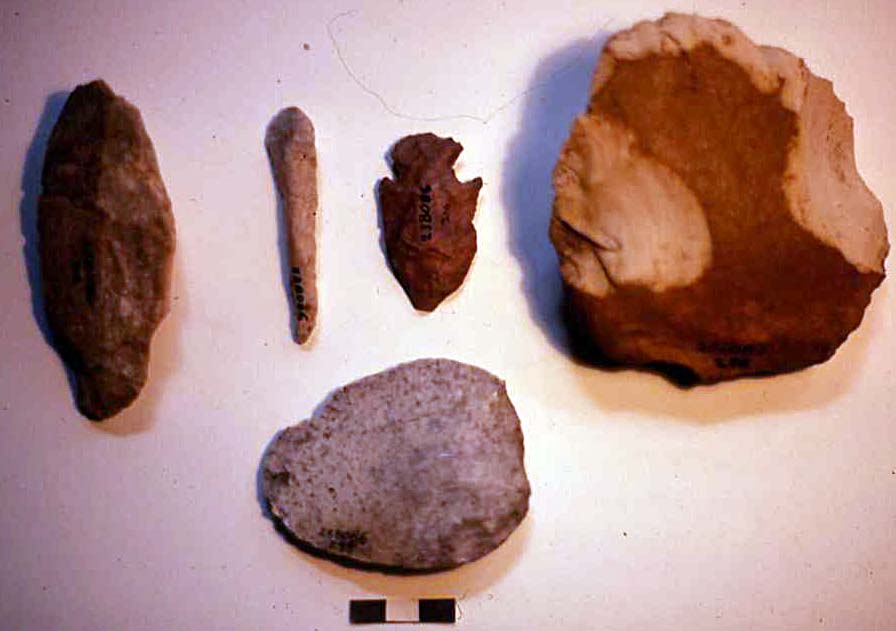 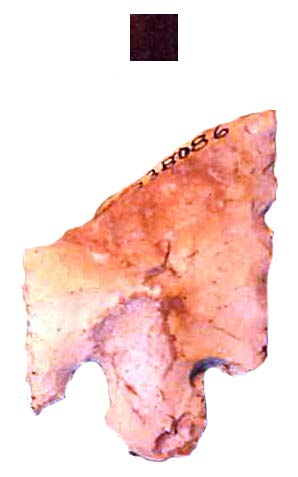 A single radiocarbon date from the site was designed to date the burial. The date was calculated as AD 1030 - 1300 at the 2 sigma. The burial at 23BO86 may have been in haste with abandonment of site imminent in face of dramatic movements.

Excavation of the site began in 1983 and continued in 1985. Initially six squares (5 by 5 ft.) were identified, flagged and surface collected. Five features identified by excavation the combined Feature (1,2, and 3 combined), Feature 4 (a burial), and Feature 5 (a rock platform). The excavation season in 1985 was designed to verify the nature of Feature 5.

Note: Many thanks to Dr. Earl Lubensky for loaning the slides that were digitized for this webpage, and for his insightful explanation into the site.

2007 Report on the Mendenhall Sites Excavations of 1983, 1985, and 1986 in Boone County, Missouri. Paper presented at the "Woodland Period in Missouri Symposium" held in Arrow Rock State Historic Site on 8 September 2007