Chapman (1975) does not include the Cache River point type in his discussion of "types" found in Missouri. This type is very uncommon in Missouri. Morrow (1984:87) notes that this variety of projectile point has rarely been found in Iowa. Perino (1971:14 - 15) reports that the length averages 60 mm and that the suggested age corresponds to the Dalton Period (approximately 8000 BC). Sandstrom and Ray (2004:19) associate this point type with the Early Archaic at the Big Eddy site. 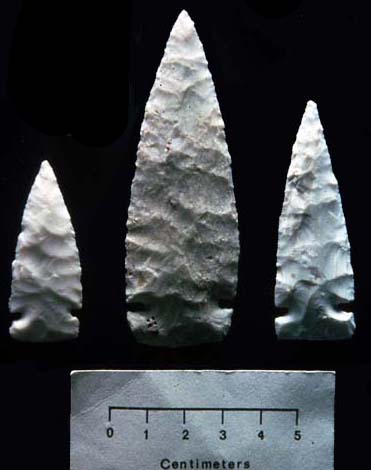