Chapman (1975:245-6) notes that Dalton points are found throughout Missouri and specifically notes that the greatest number of these artifacts have come from the eastern half of the State of Missouri. This point type is often serrated and many examples have bevelled cutting edges; most are assumed to have functioned as knives and resharpened until the cutting edge is exhausted. Chapman notes that length ranges from 40 to 170 mm with the average of 50 to 70 mm; thickness ranges from 5 to 7 mm. DeRegnaucourt (1991:28 - 32) notes that this artifact type follows the Ohio River and the lower reaches of the White River; he summarizes measurements from fourteen specimens: Length = 31 to 65 mm, width = 19 to 30 mm, thickness = 5 to 10 mm and weight = 2.6 to 13.3 grams. Chapman dates this tool type from 8580 to 6000 BC. Morrow (1984:26 - 27) notes that this point type is found throughout the Mississippi River valley including eastern Iowa. Sandstrom and Ray (2004:38) associate this point type with the Late Paleo-Indian and note that there are multiple radiocarbon dates associated with Dalton points found at the Big Eddy site; those dates range from 8520 to 7850 BC. 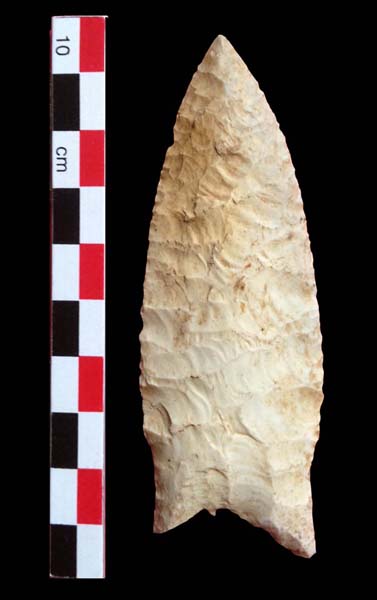 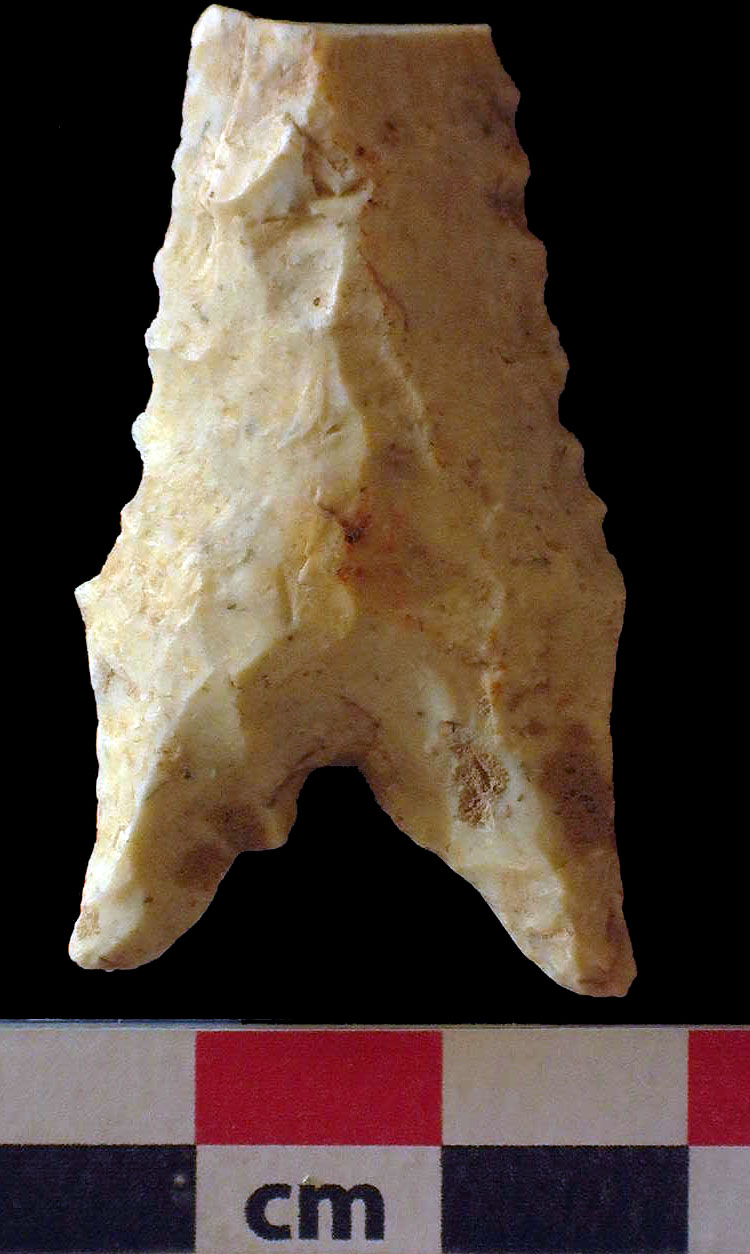