The Nuuanu Rock Art Site is mentioned in Hawaiian Petroglyphs (Cox 1970: 10, 97, figure 6). The site is situated in the Nuuanu Memorial Park in a small shelter approximately 17 meters (50 feet) south of Alapena Pool. 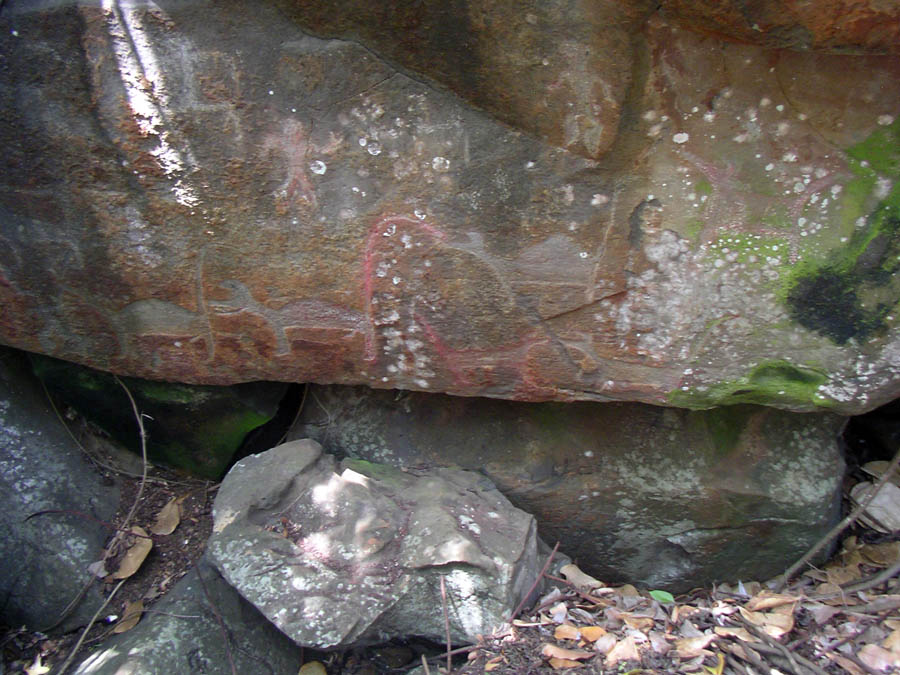 Cluster of approximately a dozen petroglyphs on the wall of a narrow shelter along the Nuuanu Valley. Cox (1970:97) notes that the site was first published in 1933. 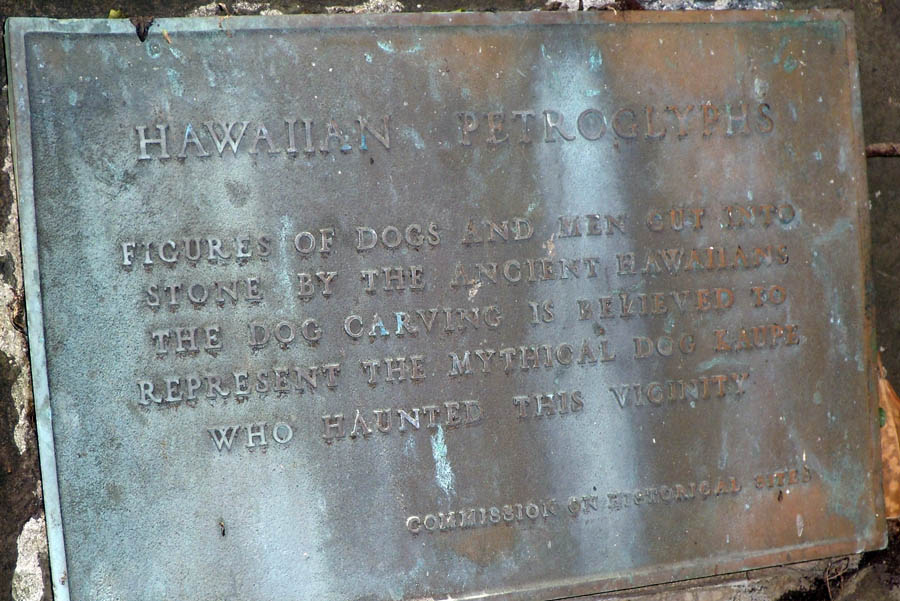 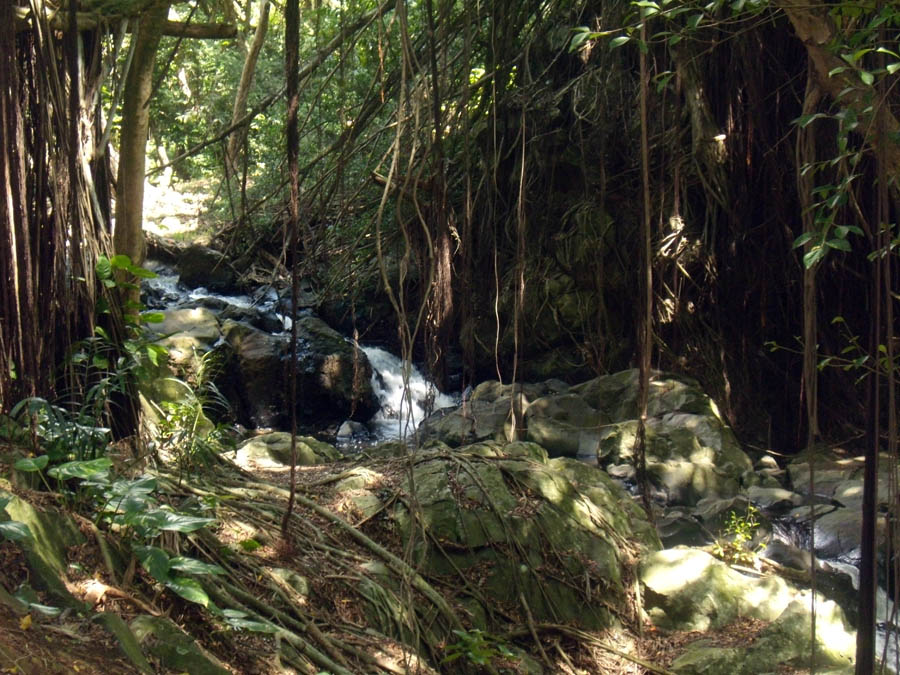 General view of the landscape at the Nuuanu Rock Art Site. 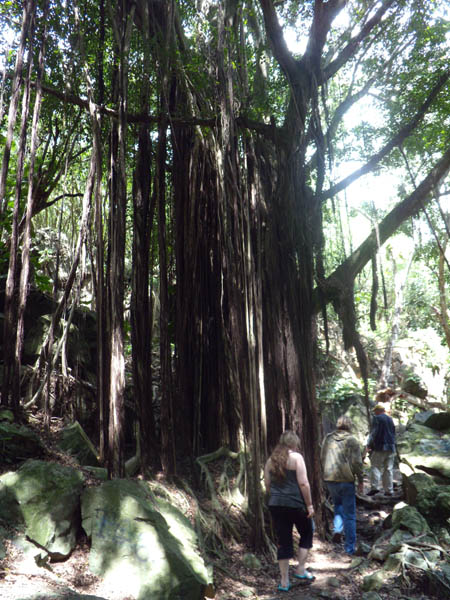 Checking boulders along the path leading up the Nuuanu Valley. 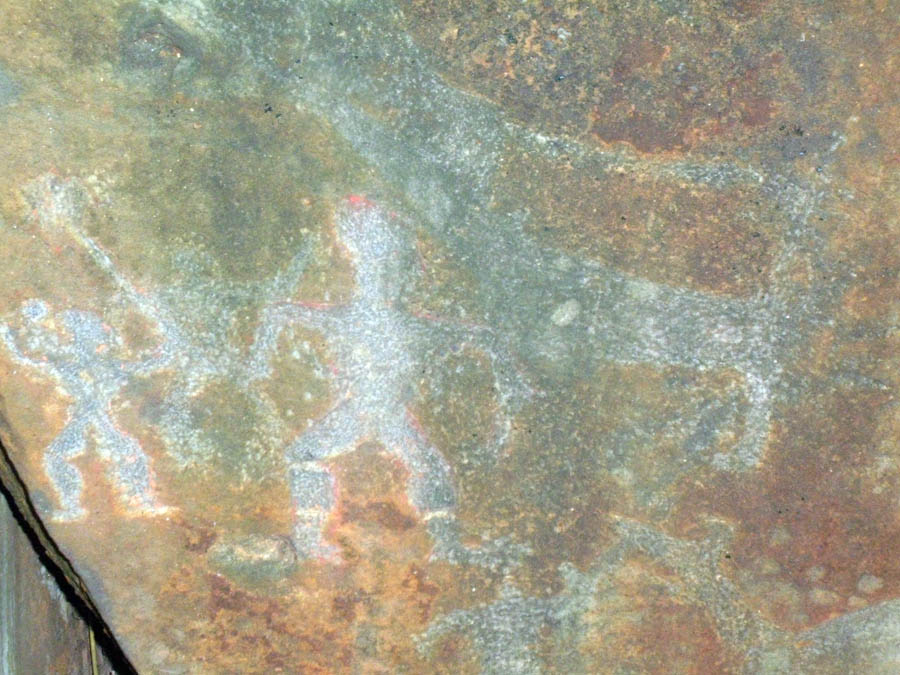 People and dogs represented on the petroglyph panel. 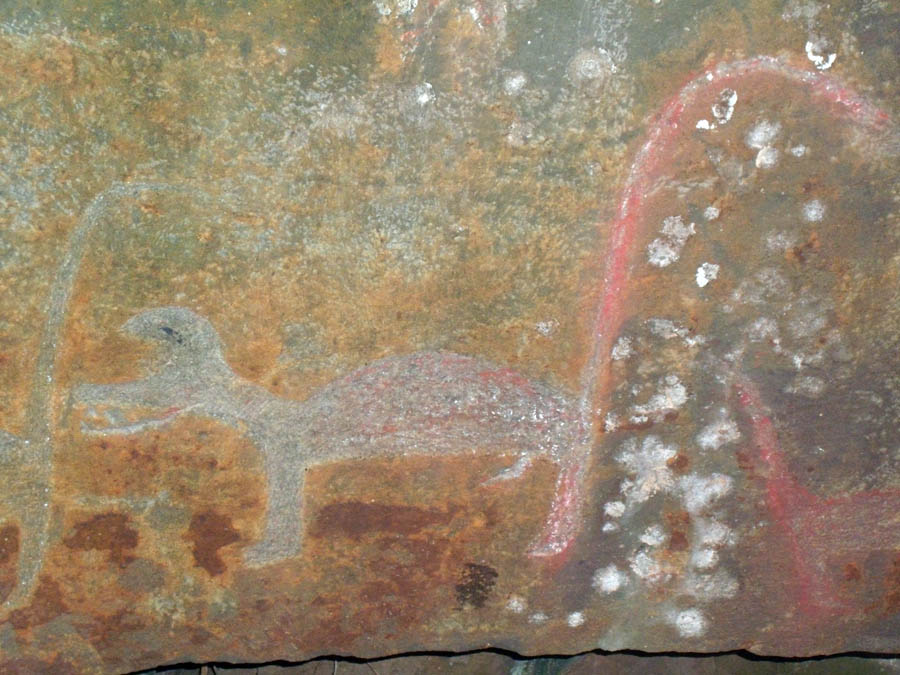 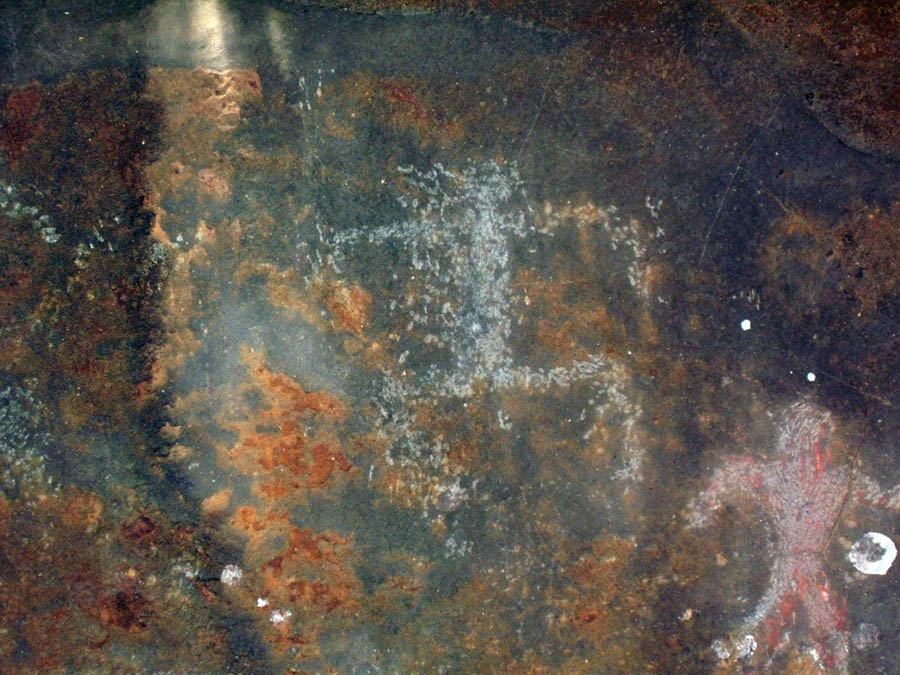 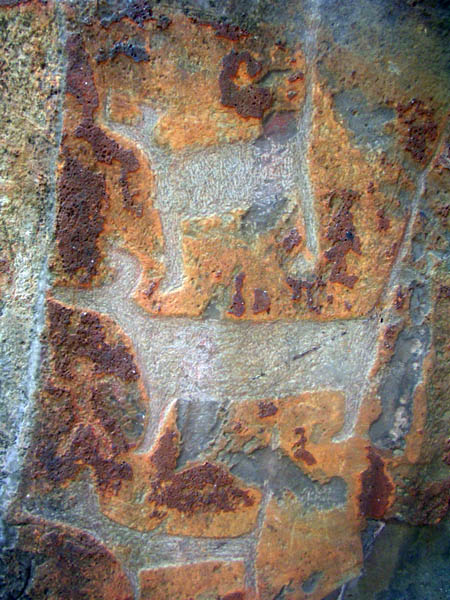 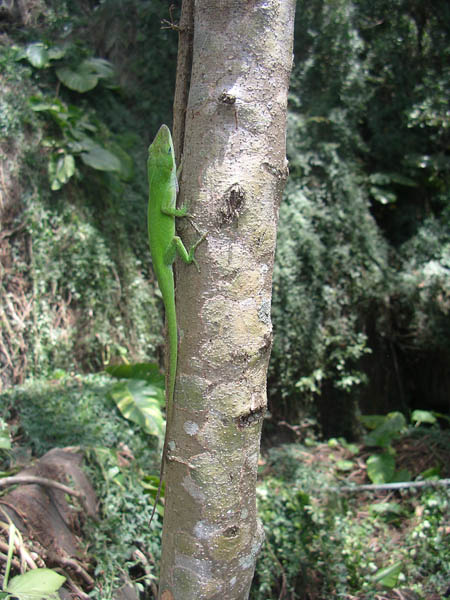 Green lizard in the valley. 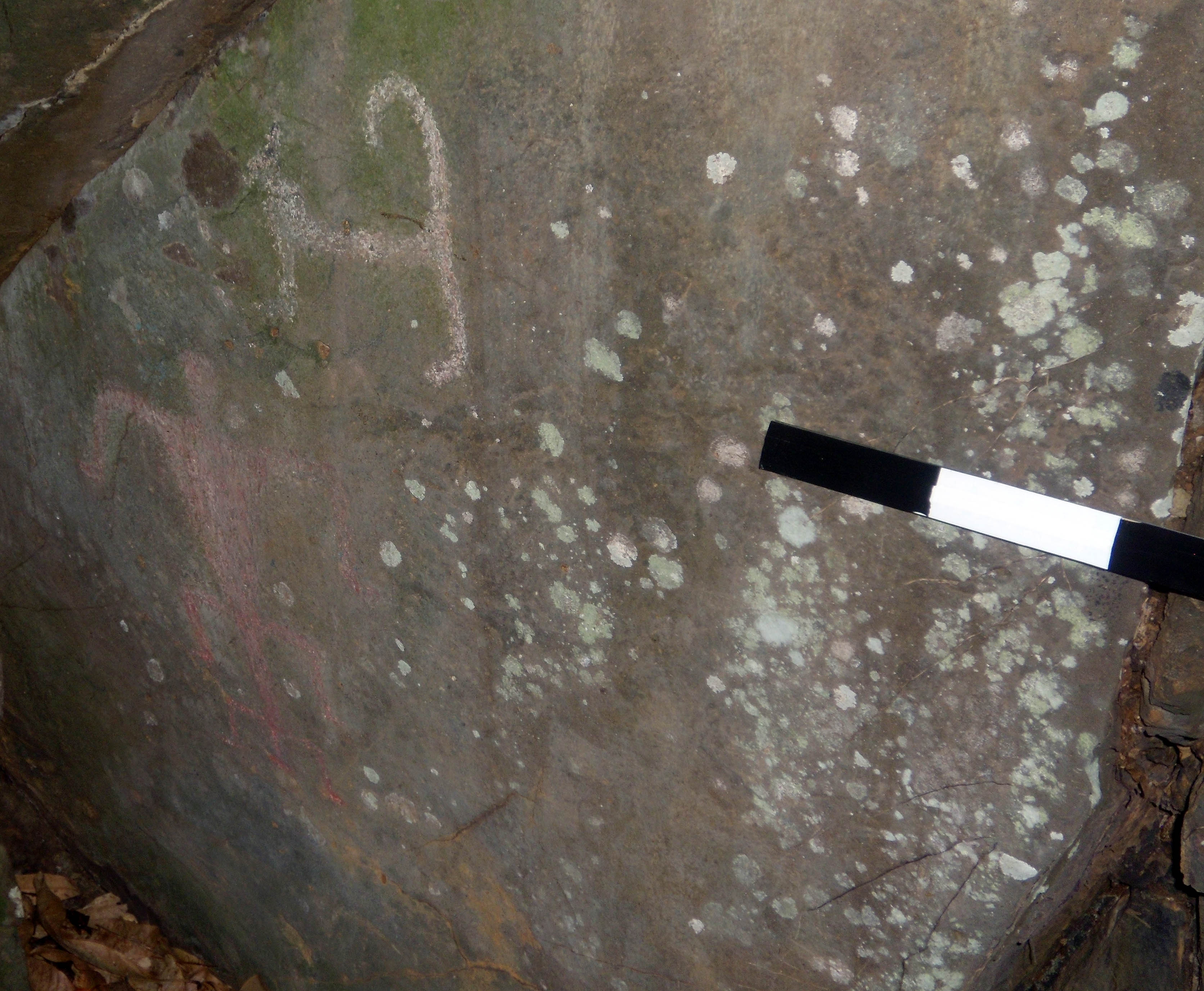 Two petroglyphs in another shelter further up the stream valley .