William Hyde and Howard L. Conard (1890) writing in an Encyclopedia of the History of St. Louis reports that "the Late Colonel John O'Fallon's mansion, on the Bellefontaine road, was built on one of these (large) Indian mounds, and he (O'Fallon) reported that, in excavating the foundations, human bones by the cart-load, with stone axes and arrow-heads in great numbers, were taken out." 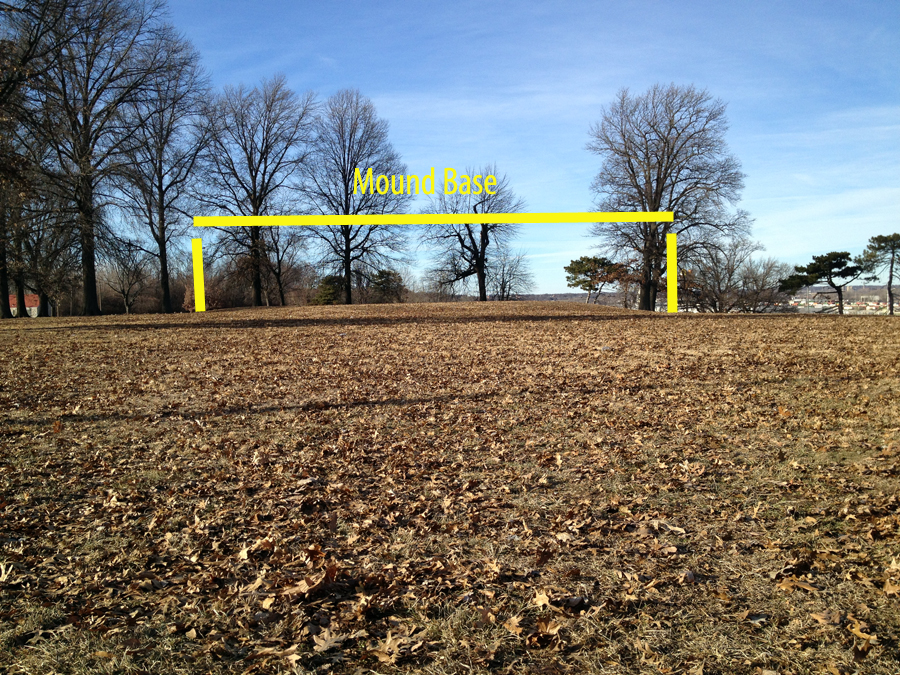 Photograph of the mound base during January 2014. 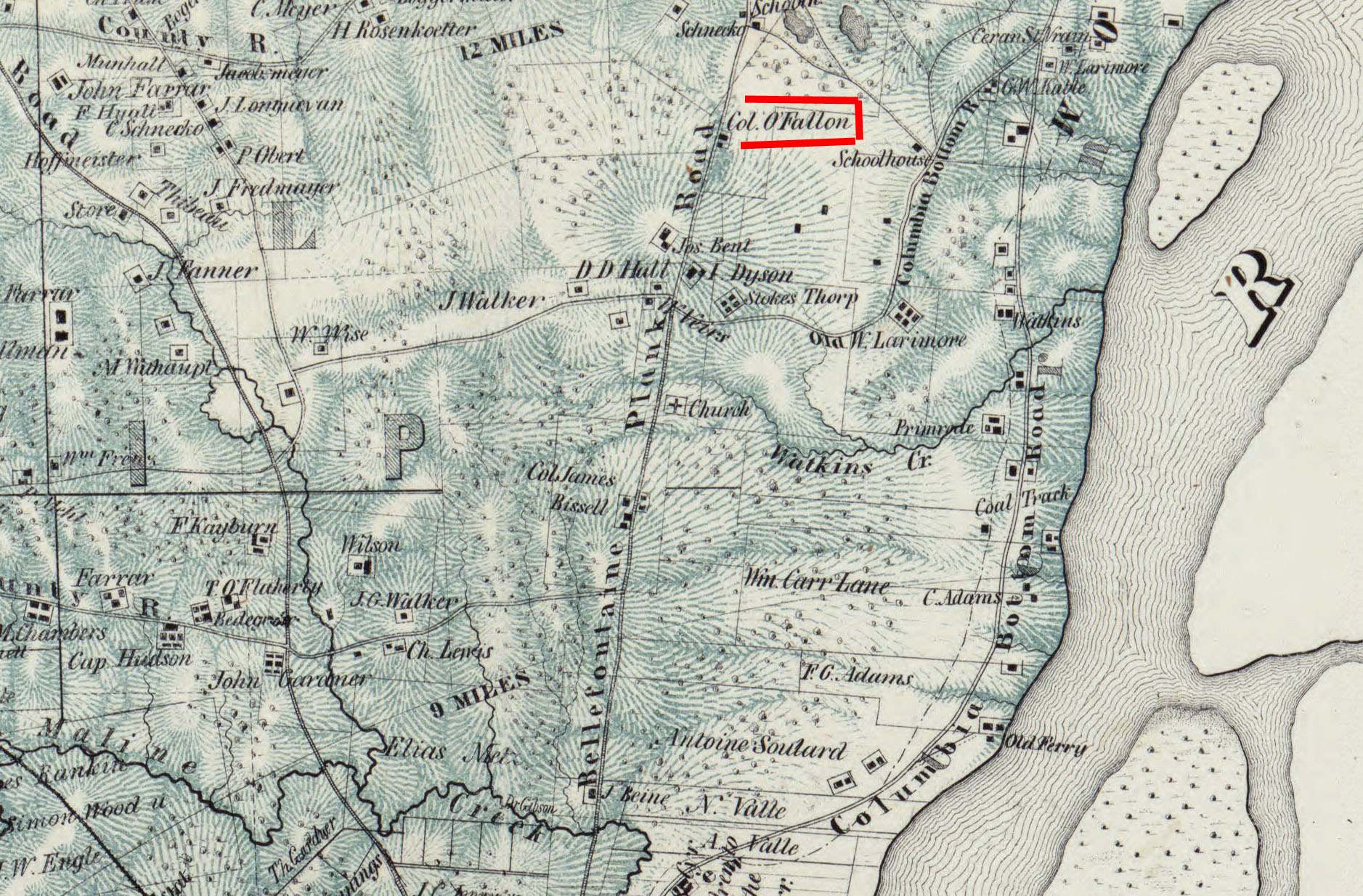 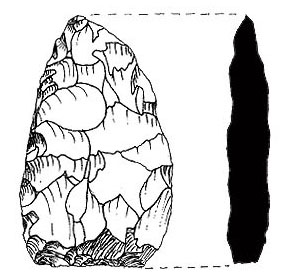