A pictograph (painted rock art) site along the Gasconade River in Maries County was noted by Gerald Fowke in his report based upon fieldwork during 1906 - 1907. Diesing and Magre (1942: 15-17) published a black-and-white photograph of the deer painting. R. Bruce McMillan (1965:18) reports that the pictograph had been destroyed before 1965. I spent hours looking for the pictograph during December 2007, but without success 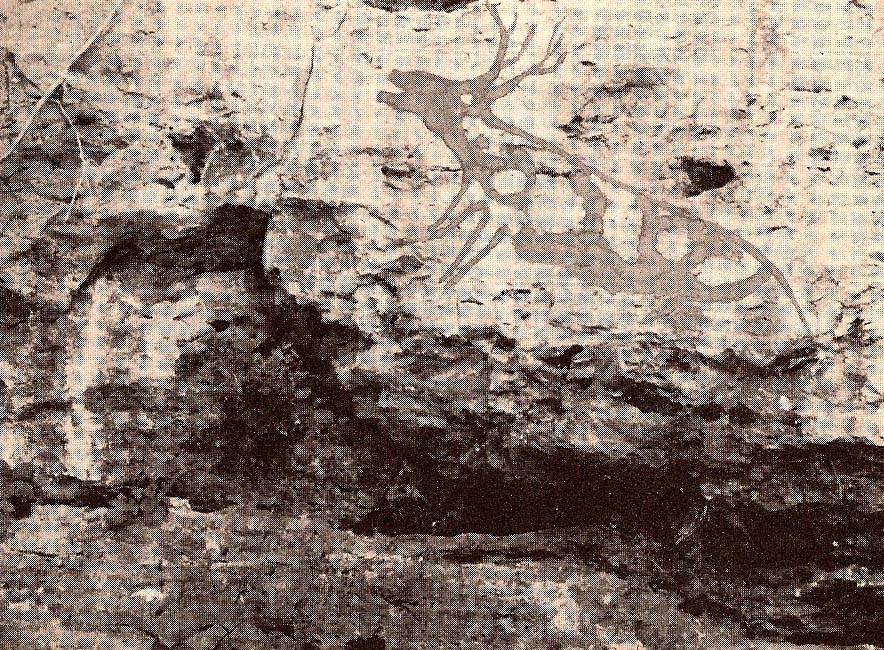 Scanned image of the photograph published by Diesing and Magre (1942). 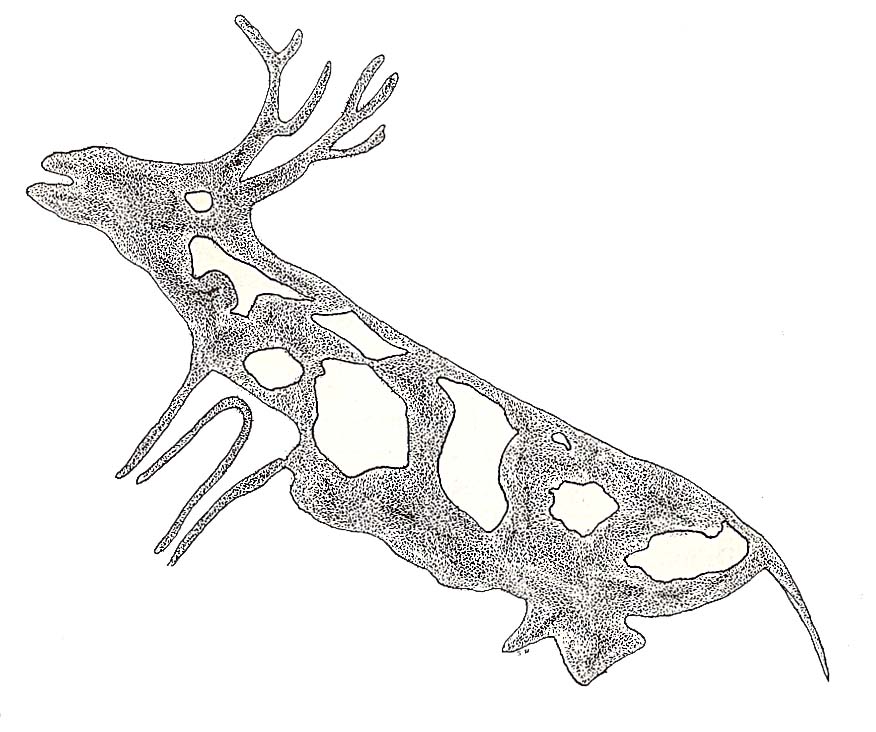 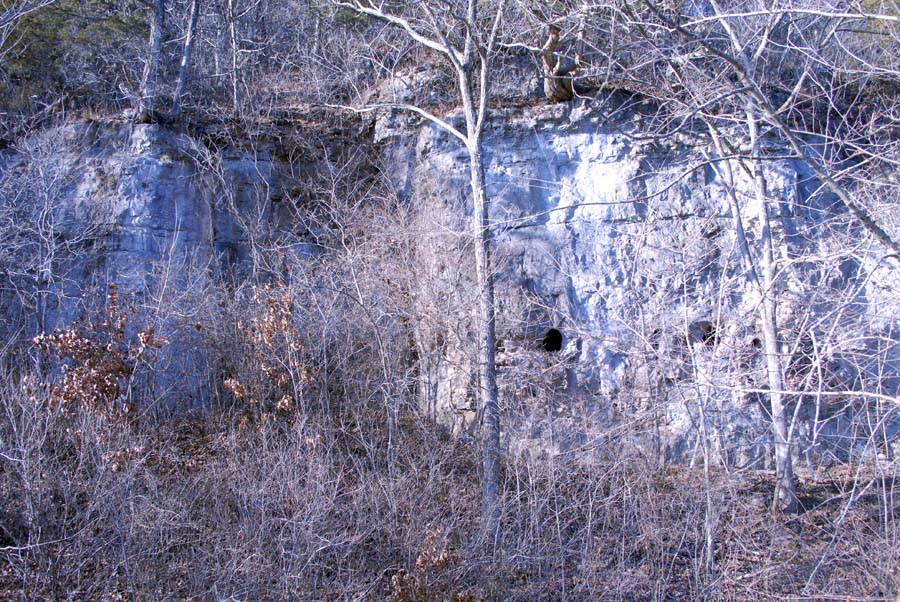 Photograph of the bluff face that corresponds to the location described by Diesing and Magre (1942). 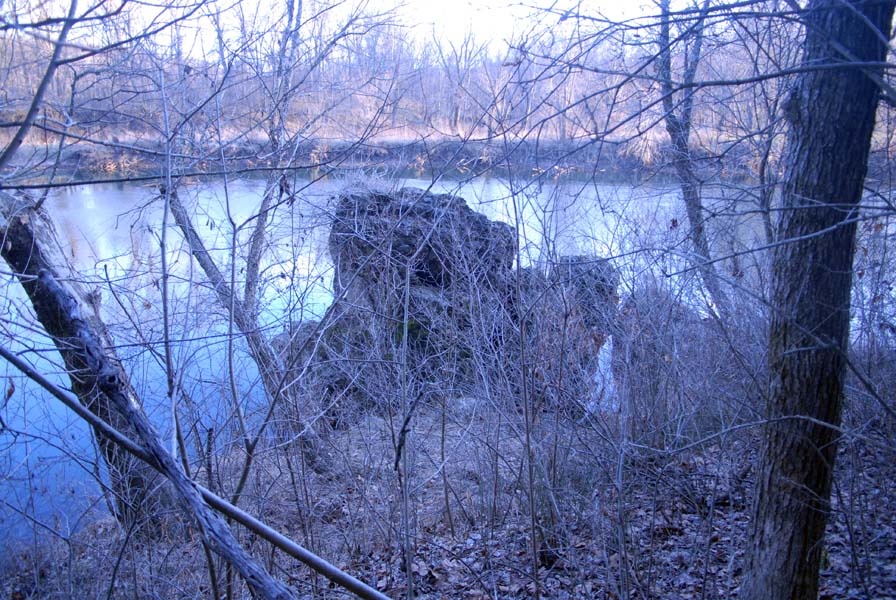 Large boulders along the bank of the Gasconade River near the point where the deer pictograph was located.

Diesing, Eugene and Frank Magre
2000 The Petroglyphs and Pictographs of Missouri.Missouri Archaeologist. 8(1):9 - 18.