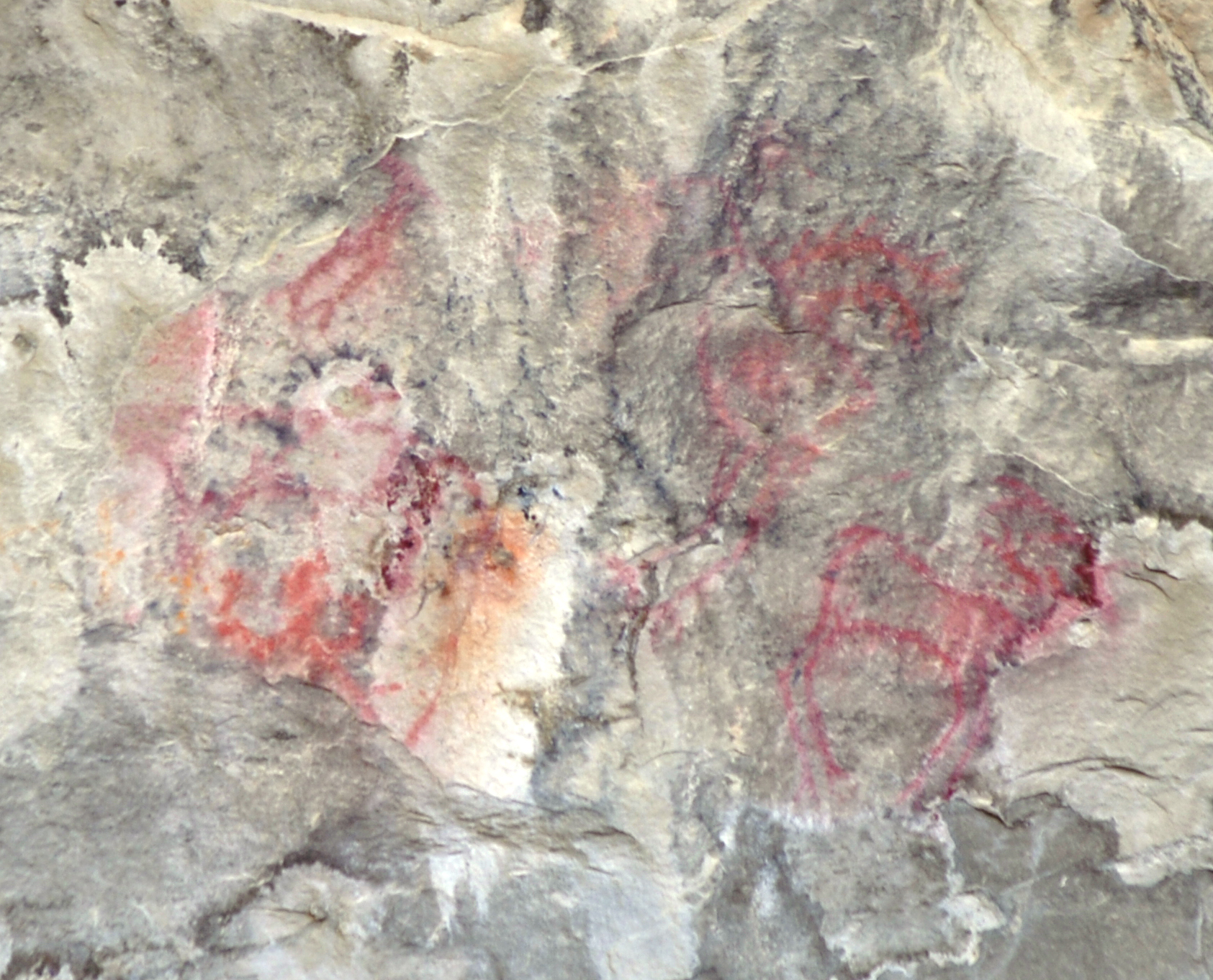 The far right of the pictograph panel include a prominent deer image. The cave wall was very dry and red pictoraphs were visible but not vivid on the day that I visited with Neathery B. Fuller. The park rangers report that the black images are visible with the cave wall has been dampened by rain or humidity. The digital photographs at this website were taken with a telephoto lens and the contrast has been boosted to increase their visibility. 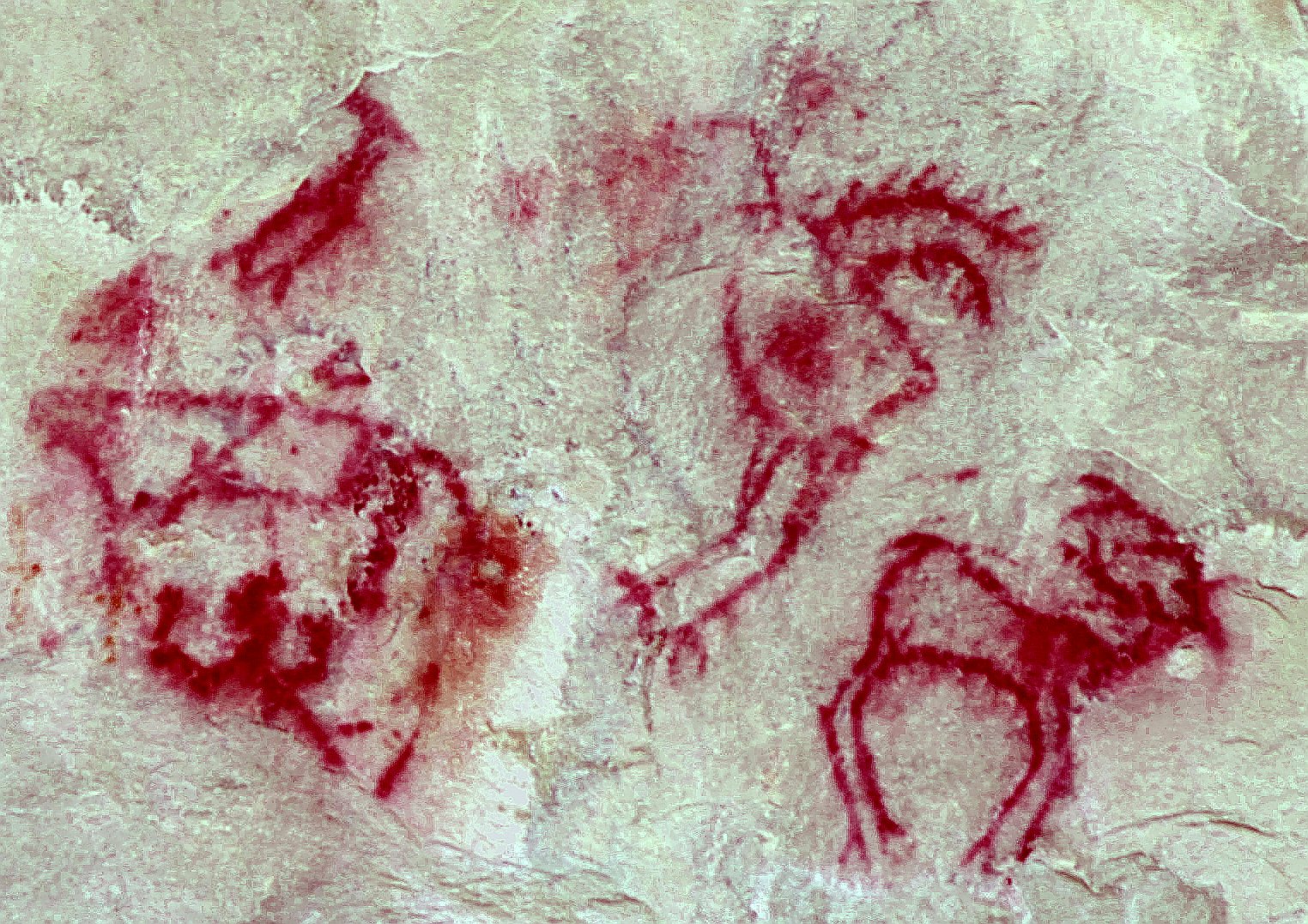 DStretch image using the YRE enhancement of the same panel. The DStretch plugin to the ImageJ program was written by Jon Harman for rock art researchers who wish to enhance images of pictographs. 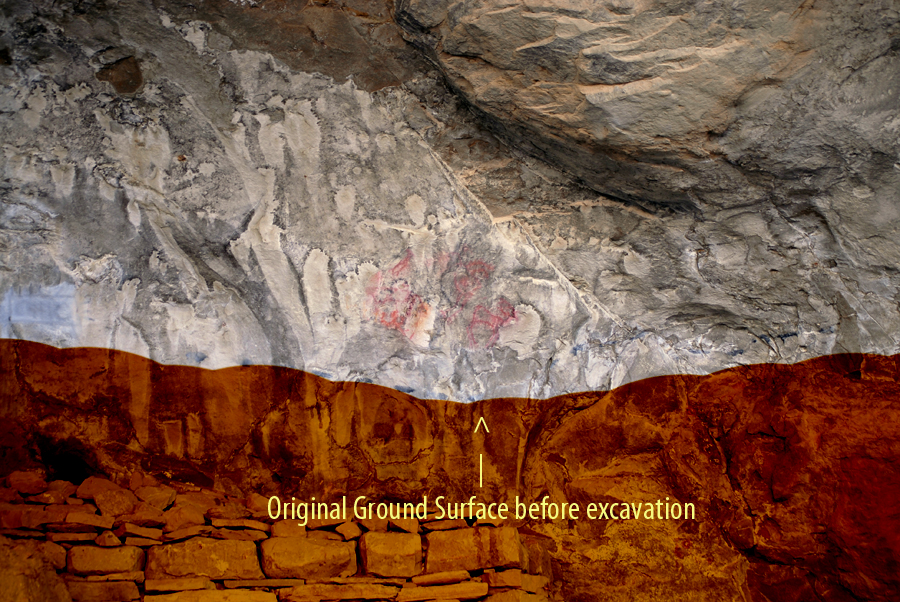 Relationship of the original groundline to the pictograph panel that includes a deer image. 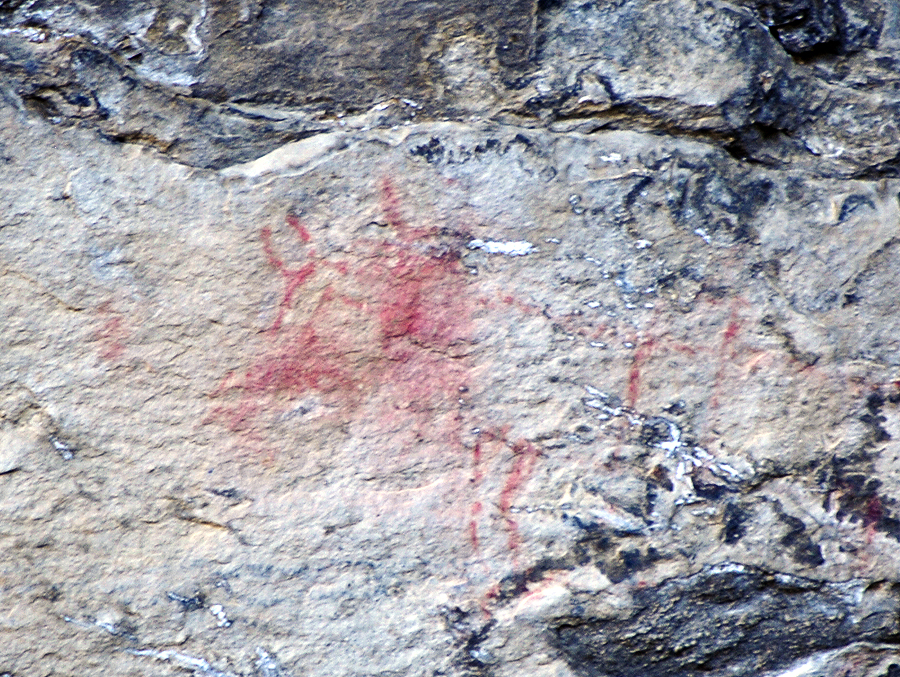 The far left of the pictograph panel includes a prominent bison image. 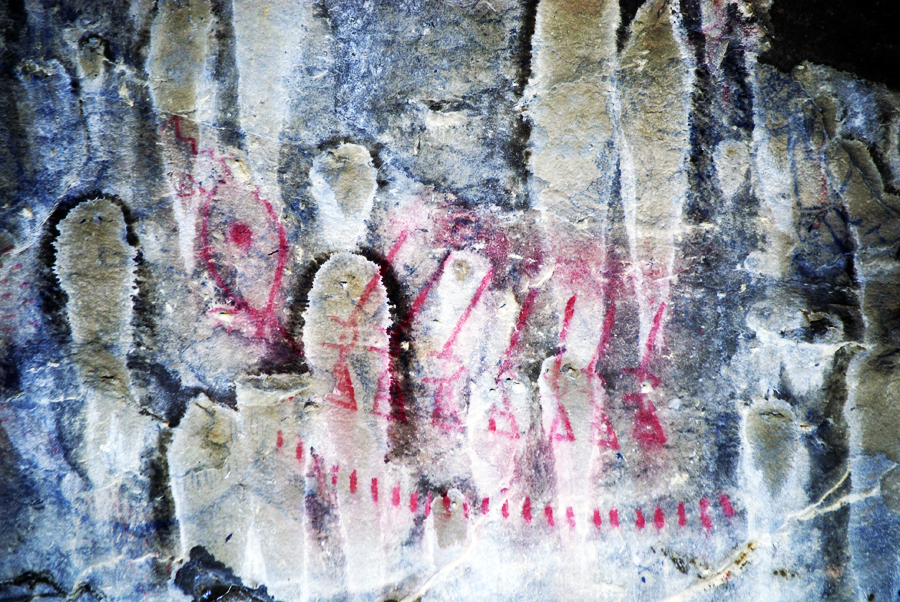 Pictograph images of a shield and seven rifles is clearly historic. 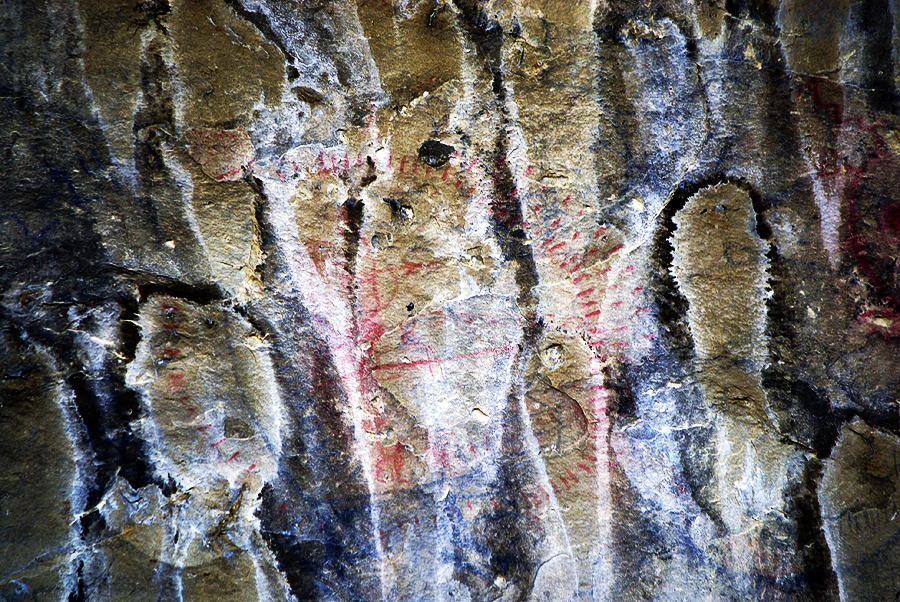 Pictograph image of a circular shield with a painted design in the center and marks (feathers?) along the edge.

DStretch image using YRE filger of the circular shield with a design that is now very clear at Pictograph Cave, Montana. 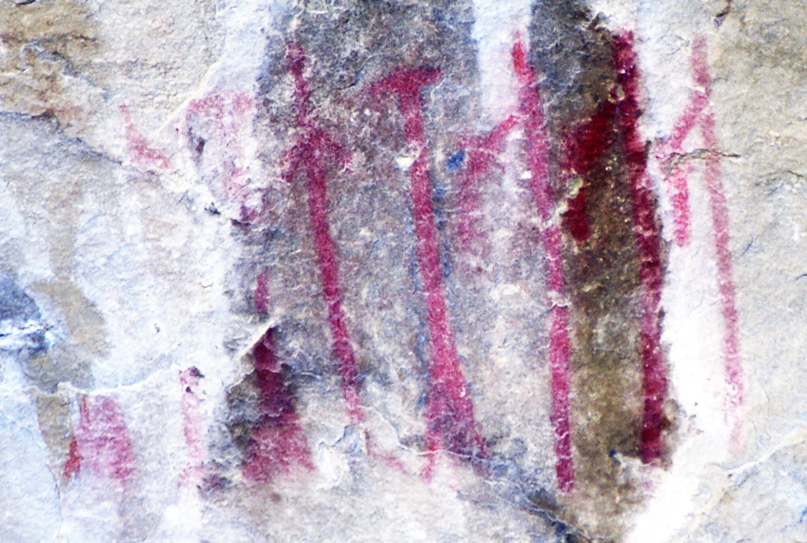 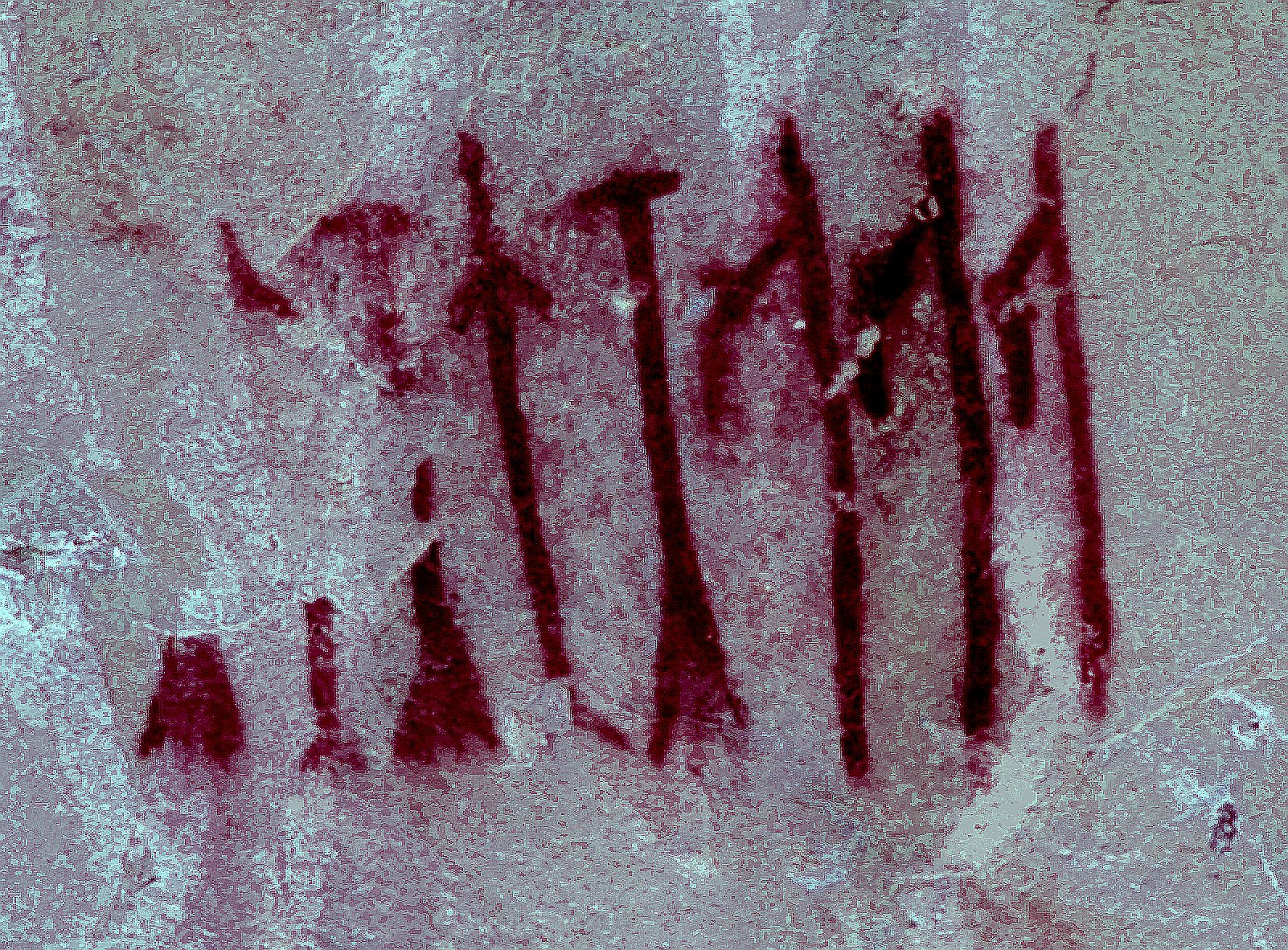 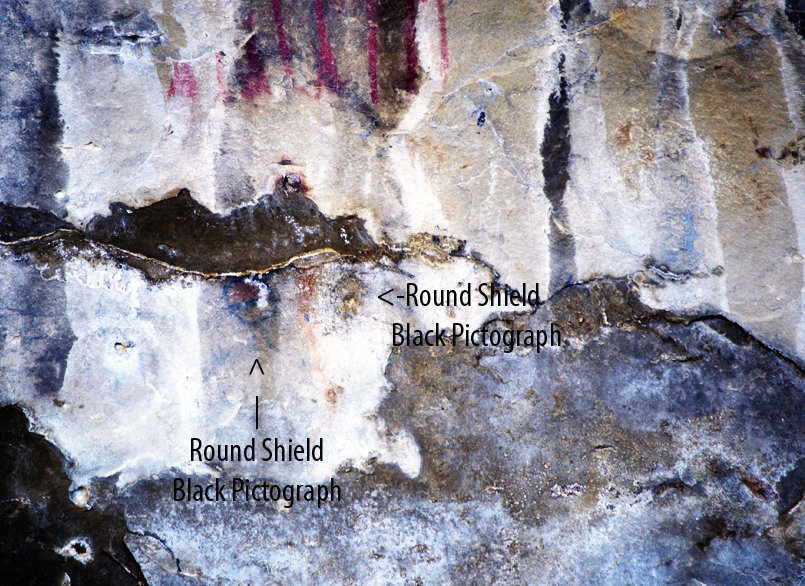 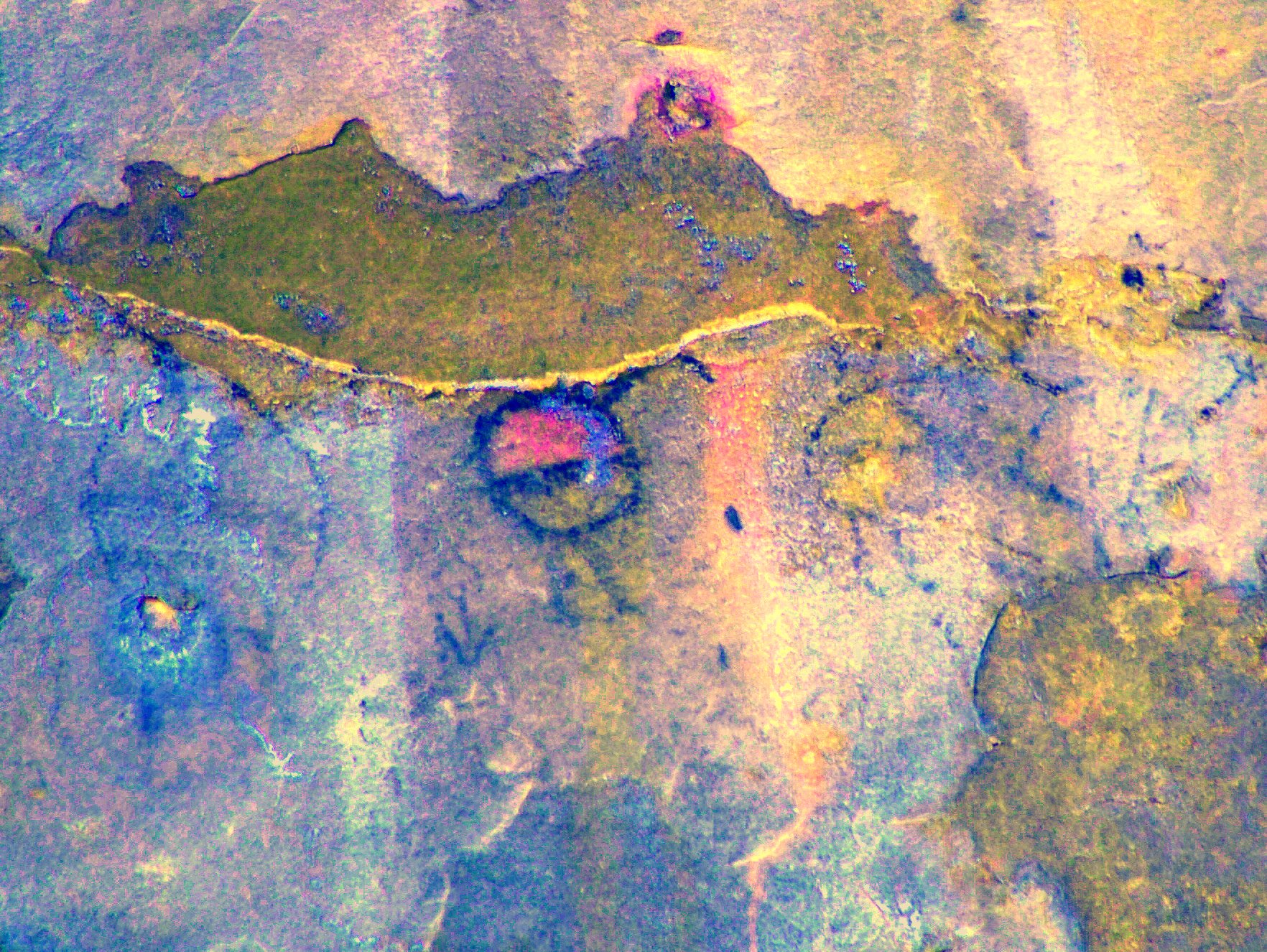 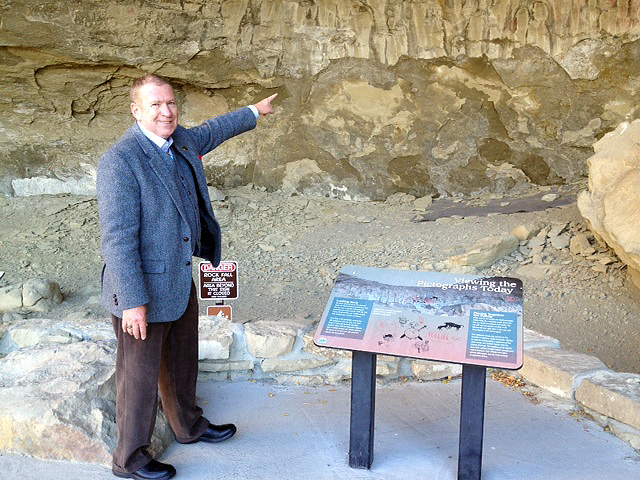 Professor Michael Fuller pointing to the red pictographs on the back of the cave wall. 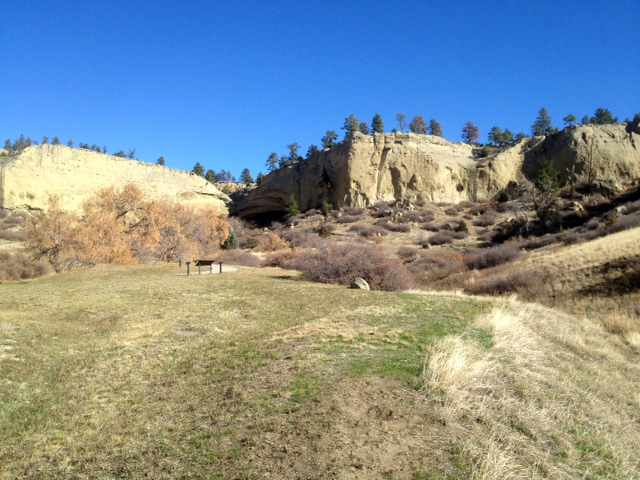 Pictograph cave in the shadows, photograph taken from the Visitor Center's parking lot. My GPS reading for the entrance of the cave is North 45 degrees 44.282' and West 108 degrees 25.792' with an elevation of 1065 meter above sea level.

Issues related to the preservation and conservation of the rock art at Pictograph Cave is discussed by Francis and Loendorf (2002:199 - 200). MacDonald (2012:130 - 131) discusses rock art sites in Montana and proposes that there are two broad styles: Ceremonial Tradition and Biographic Tradition. He includes the shield figure pictographs at Pictograph Cave in the Ceremonial Tradition that spanned from AD 900 to 1600. The Biographic Tradition began in AD 1600 and lasted into the 1800s; it emphasizes acts of war and heroism. MacDonald (2012:130) notes that Pictograph Cave has examples of both rock art traditions and that this is not uncommon in the Plains.

It is of particular interest to note that the black figure image of a turtle at Pictograph Cave was dated with AMS radiocarbon analysis to 195 BC (Scott et al. 2005:67).

Murphy, Michelle
2010 Where there is rock writing. Montana Outdoors.