The Pohakuluahine Rock Art Site is mentioned in Hawaiian Petroglyphs (Cox 1970: 10, 97). The Moanalua stream flows at the foot of the boulder. 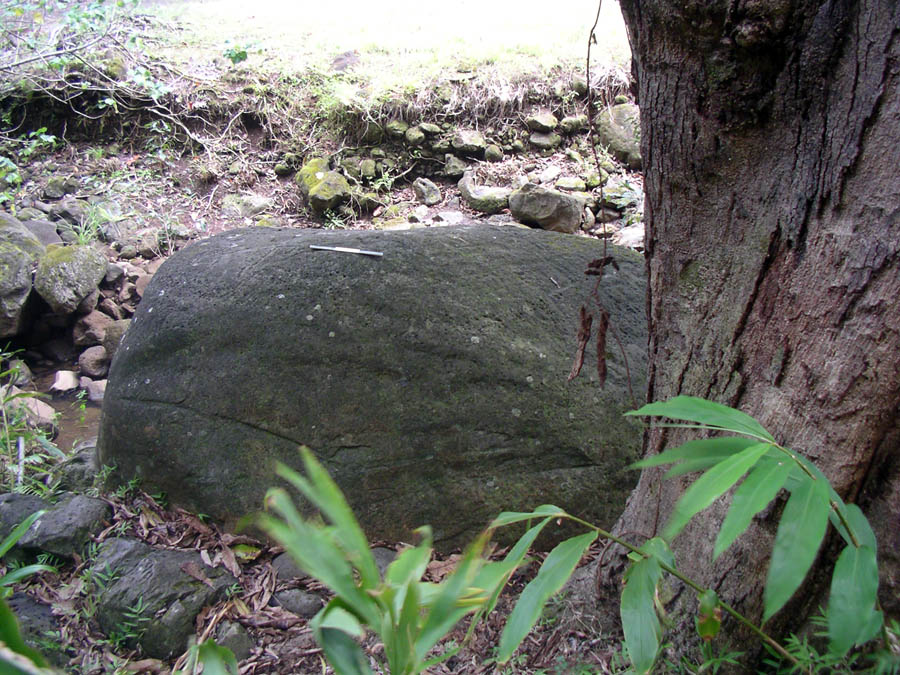 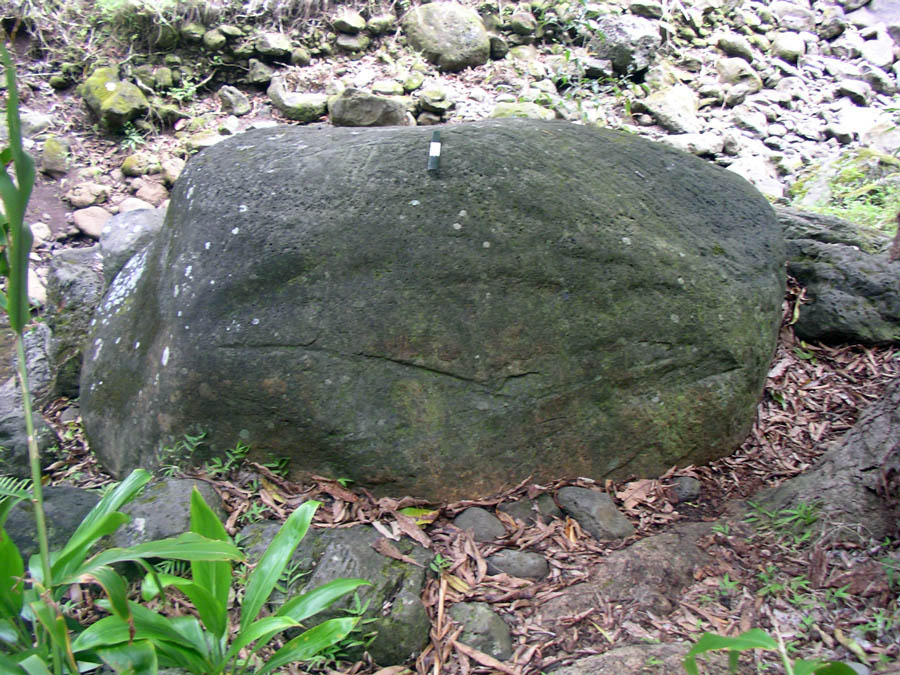 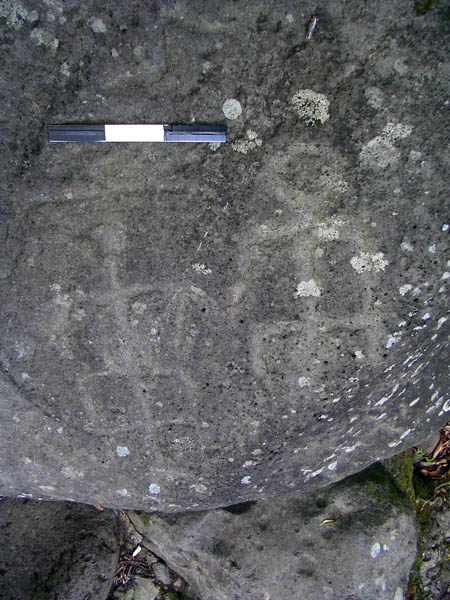 Three bent leg figures. Two figures are superimposed on the left side of the photograph. 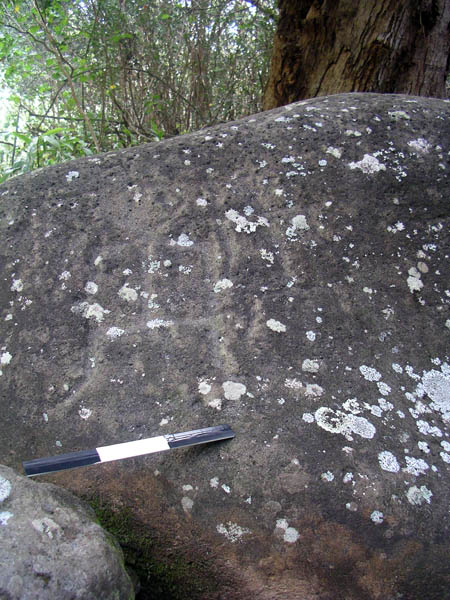 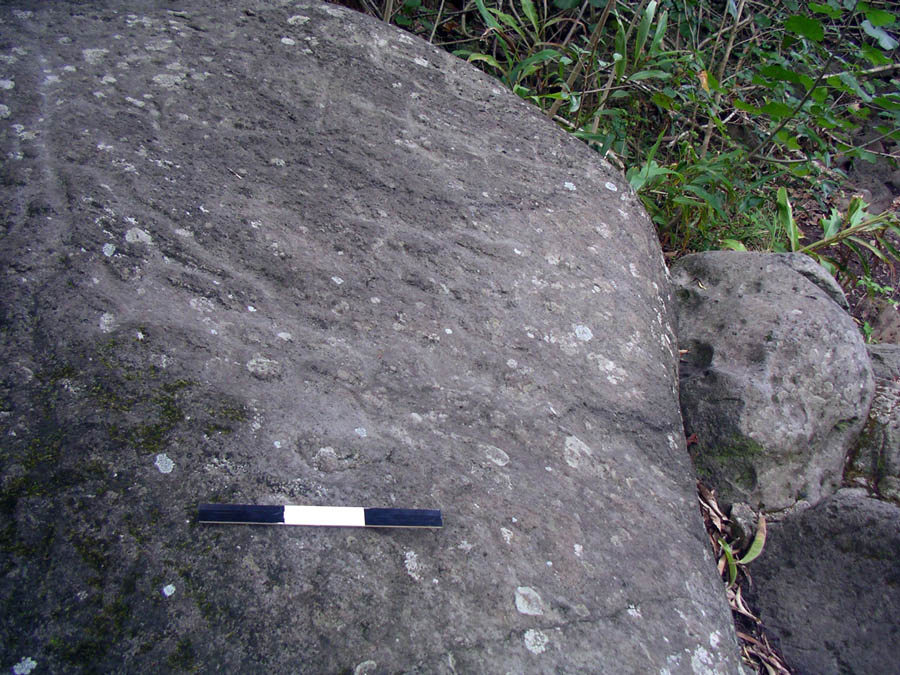 Cox noted that the boulder is decorated with human figures and papamu (meander lines). The meandering pattern is very weathered. 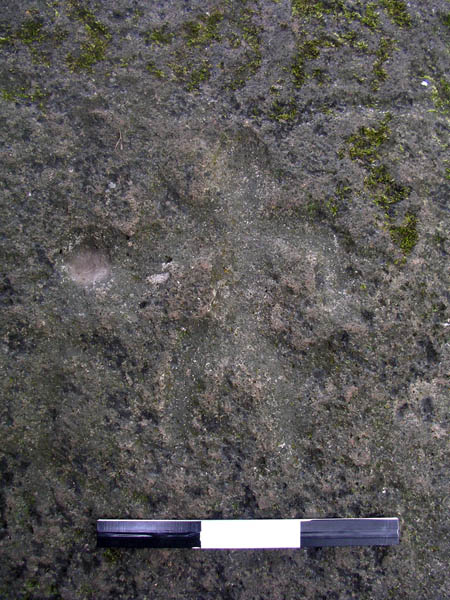 Most prominent petroglyph on the boulder.

Many thanks to Assistant Professor Rob Edmondson (Honololu Community College) for providing directions to the site. Webpage constructed 23 March 2010