One of the most significant archaeological sites in the Kansas City area is the Renner Site (23PL1); it situated in the municipality of Riverside, Missouri. Click here to learn about the recent controversy at the Renner Site. and at this website.

This website is designed for use by school children, amateur archaeologists and professional archaeologists. A small portion of this very significant site has been protected as a public park through the hardwork of Gary Brenner. The protected portions of the site are not open for artifact collecting or unscientific excavation. This webpage has images and measurements concerning artifacts resulting from research by Gary Brenner and Gary Kroencke. 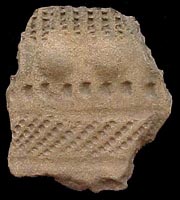 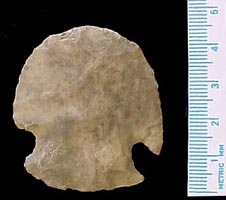 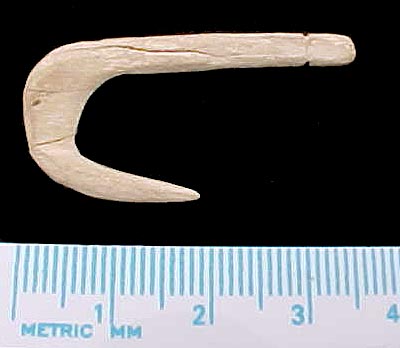 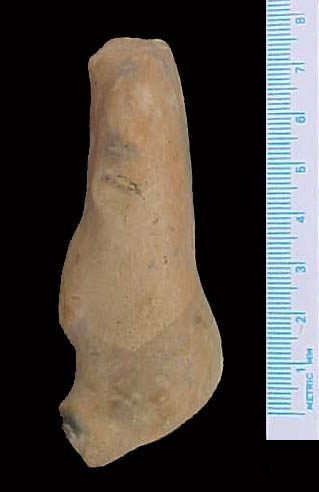 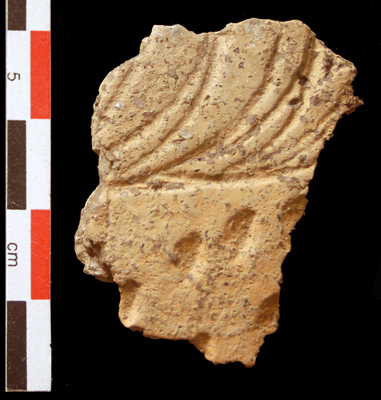 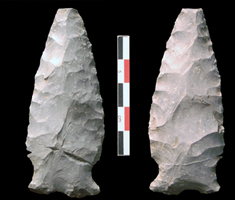 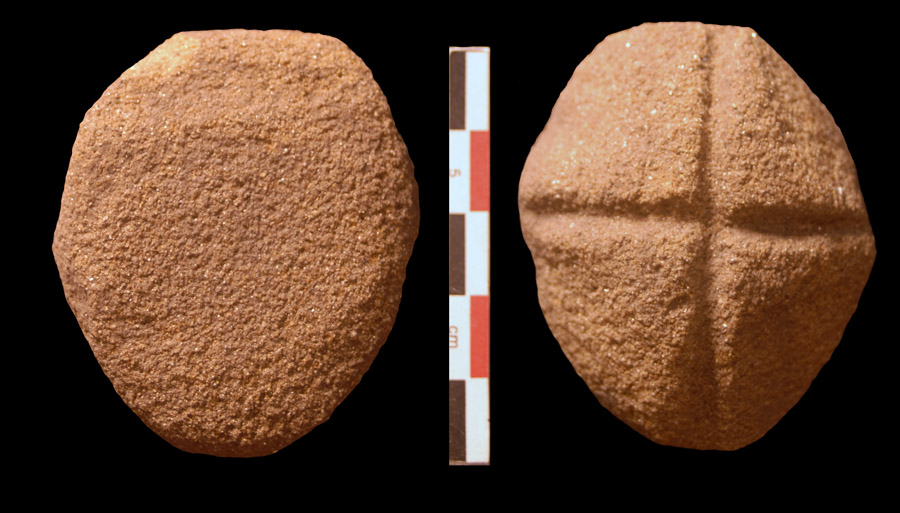 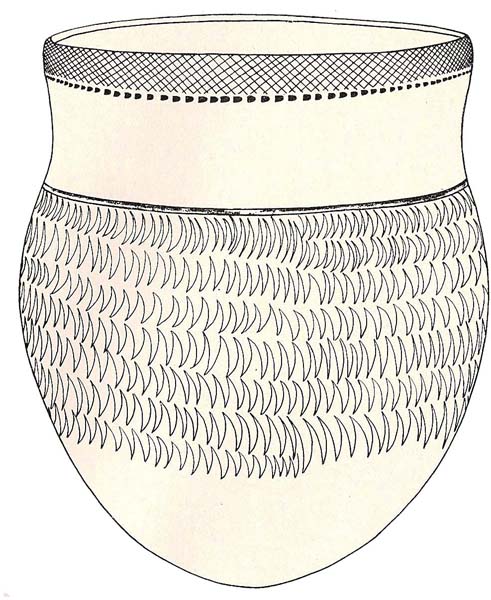 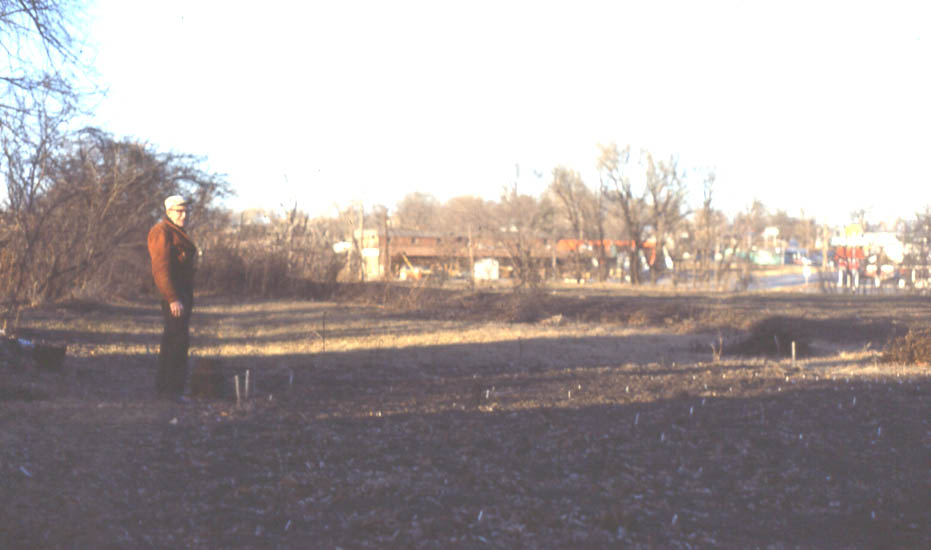 Click here to see digital images of the Wedel excavation ...............Click here for a biography of J. Mett Shippee

Residential and commercial development constantly threatens archaeological sites in the Kansas City area. Sites are also destroyed by illegal excavations by pothunters. Renner has suffered from both fates. At least a portion of the site was saved by one man's hard effort. If there is a moral to this story... then it is that each person can make a difference. The digital images in this website document some of the stone tools, pottery, and bone tools found during excavations conducted by Gary Brenner. The website has been expanded to include images from Wedel's 1943 publication.

The Renner Site was discovered by J. Mett Shippee and he brought it to the attention of Waldo Wedel (U. S National Museum) who excavated at the site in 1937 to document the site's pottery forms that resemble the decorated pottery styles that were often termed "Hopewell." Shippee walked the Renner site with the website author (Michael Fuller) during the 1970s and described the excavation of the site and his friendship with Waldo Wedel. 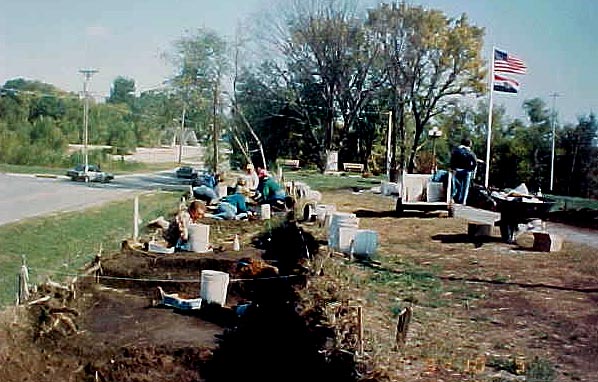 I first visited the site in the 1970s with J. Mett Shippee and meet Mr. Renner. The site was a pasture at that time. My interest in the site was rekindled when I learned that Gary Brenner had opened new excavations at the site. 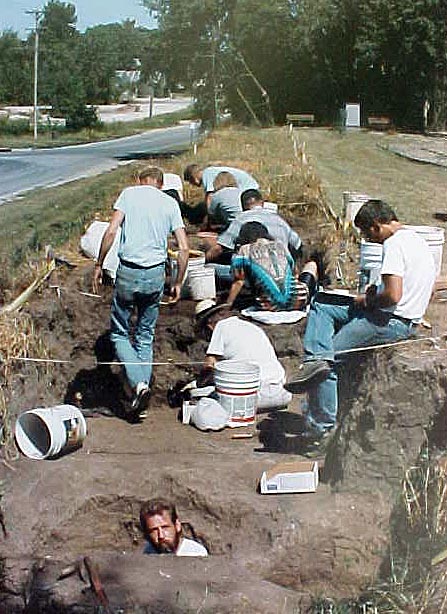 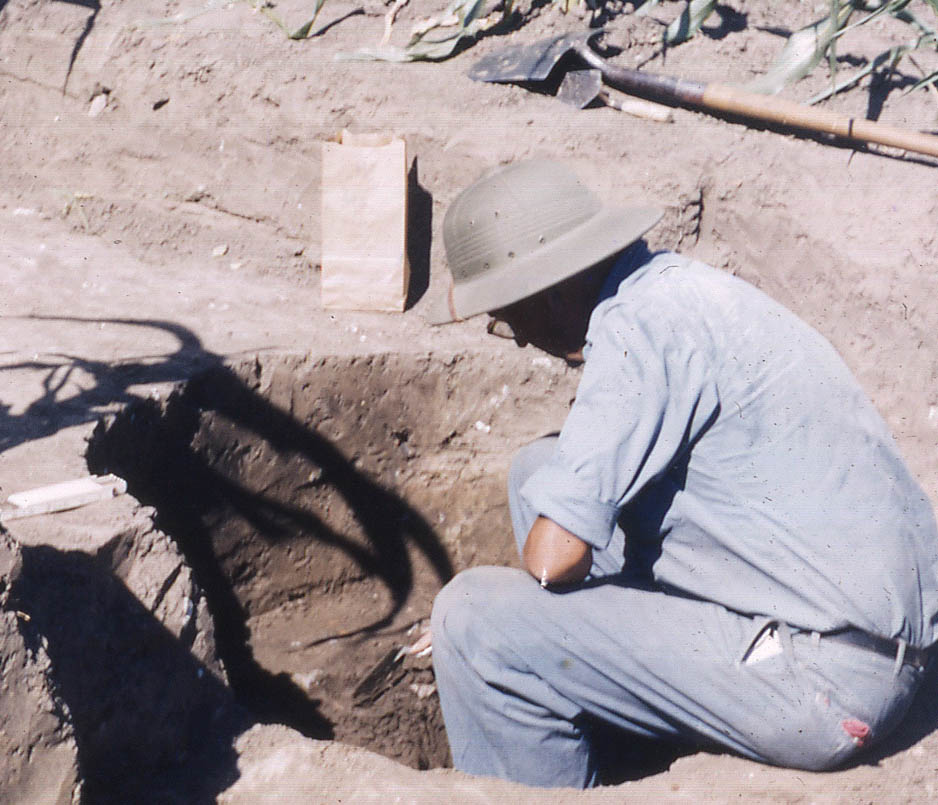 Leo Roedl excavating a pit feature at the Renner Site during 1954. 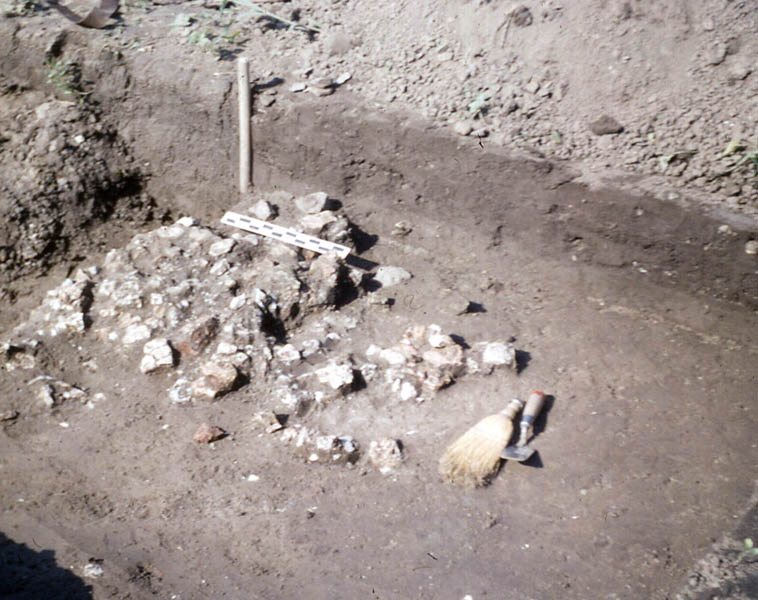 Cooking feature composed of dozens of limestone cobbles discovered during 1954. 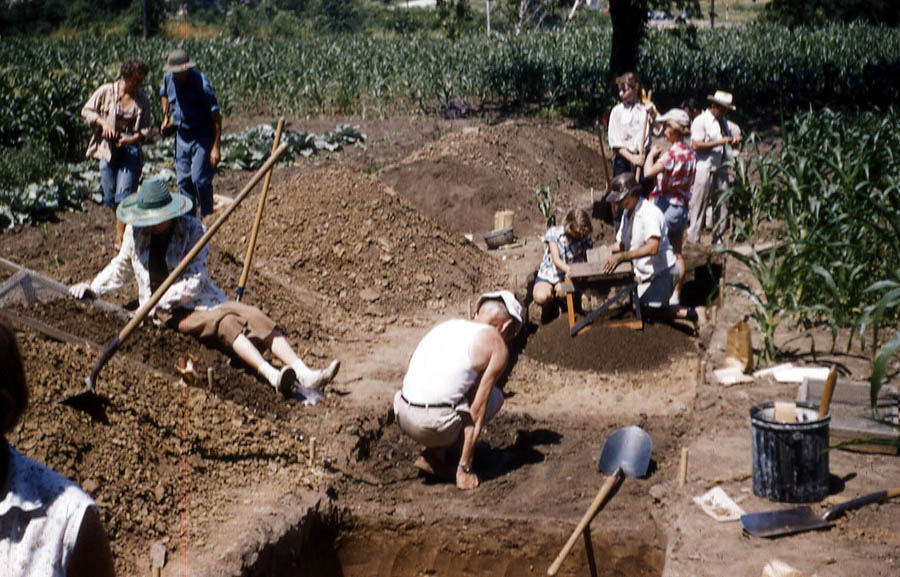 Line of excavation pits during 1960.


This bibliography is not exhaustive, but lists some of the relevant publications dealing with the Renner Site and other Middle Woodland Period sites in the Kansas City area:

Special thanks to J. Mett Shippee who discussed the Arnold Research Cave with me at his home in Kansas Cty, MO. Many thanks to Gary Brenner who allowed me to photograph the artifacts from his excavation and survey of the site, plus loaned me a draft copy of his manuscript on the Renner Site. A warm thanks to Neathery Batsell Fuller for her creation of the first version of this webpage.