One of the most significant archaeological sites in the Kansas City area is the Renner Site (23PL1). Decisions about the future of the park was a source of controversy during the summer of 2009. The city council of Riverside, MO listened to testimony by local residents and archaeologists. They paid for a rescue excavation by the Cultural Resource Services Group at SCI Engineering during the summer of 2009. The playground was completed during the Spring of 2010. 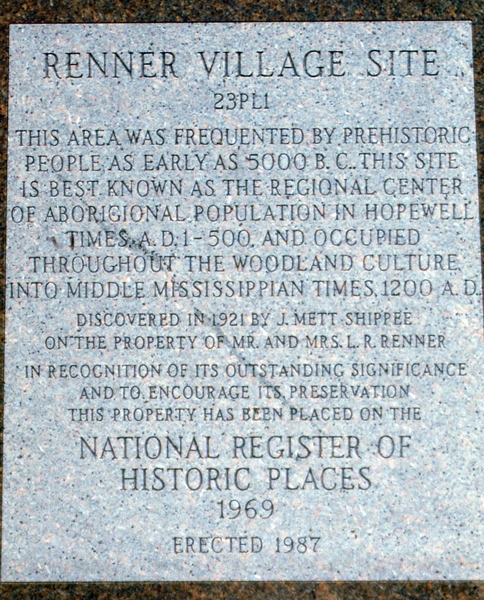 Granite monument at the Renner Site designed to recognize the outstanding significant of the site. 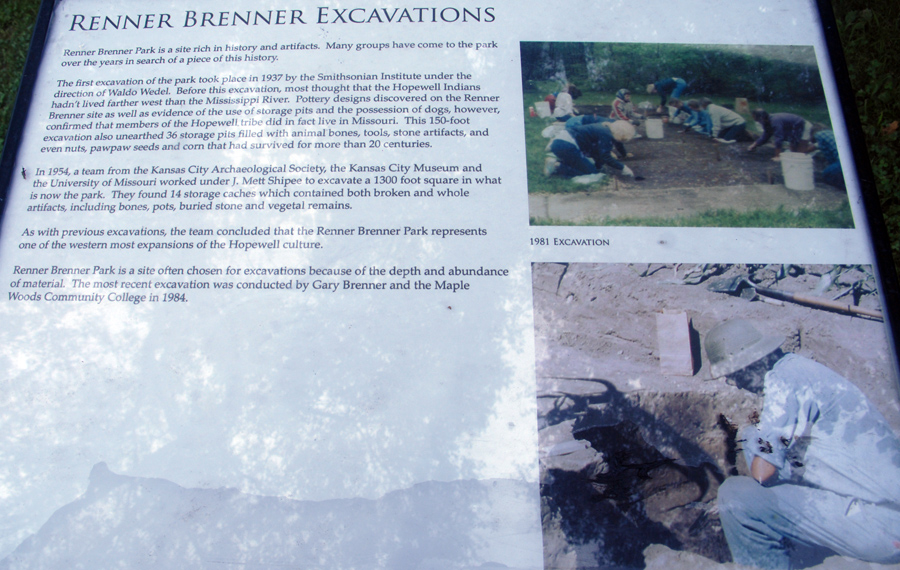 Interpretative signs at the site give an accurate description of the site. 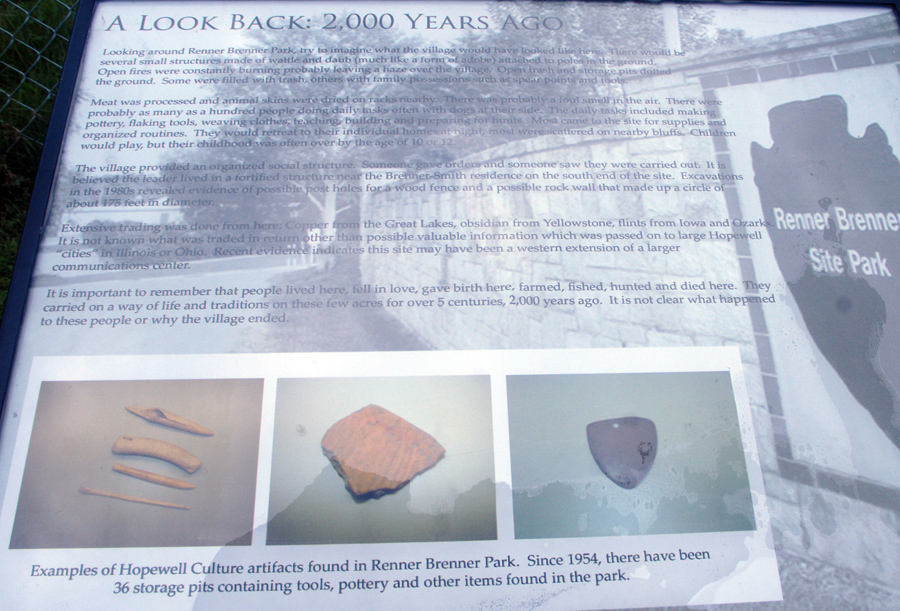 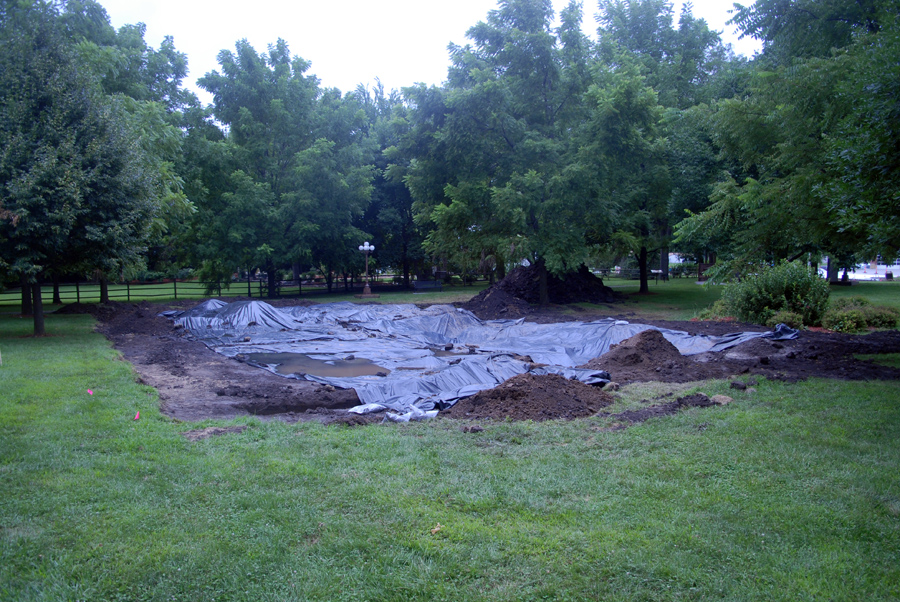 A critical portion of the site was mechanically stripped during the summer of 2009 when plans were prepared to build a playground. 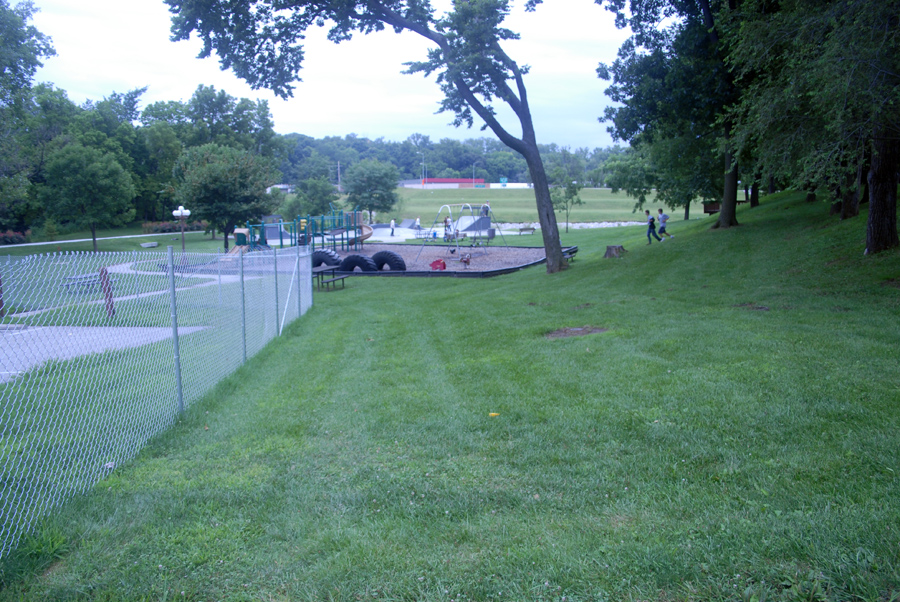 Several citizens of Riverside, MO were very upset about the plans to build a playground in the heart of the Renner Site, because Riverside had already constructed a playground just a few hundred feet south of the site. 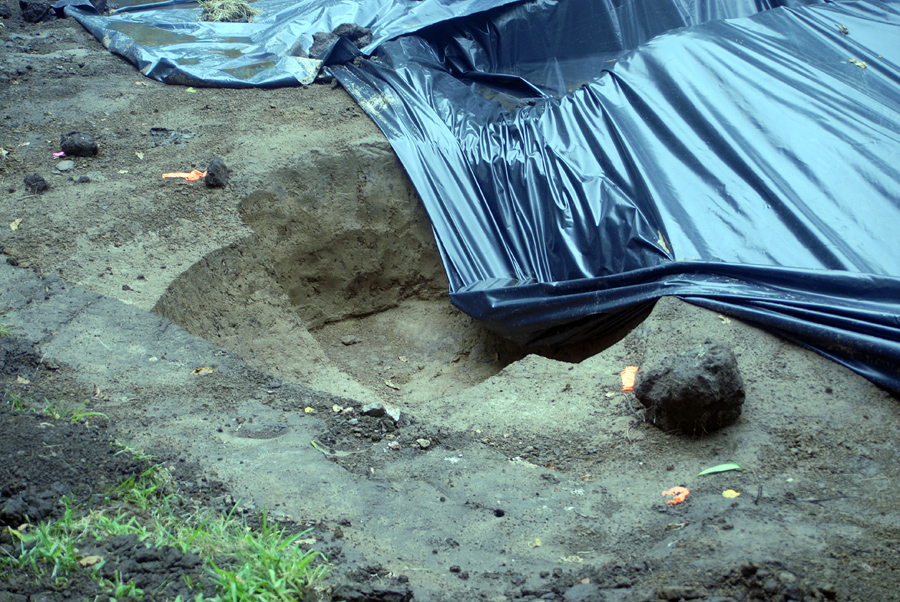 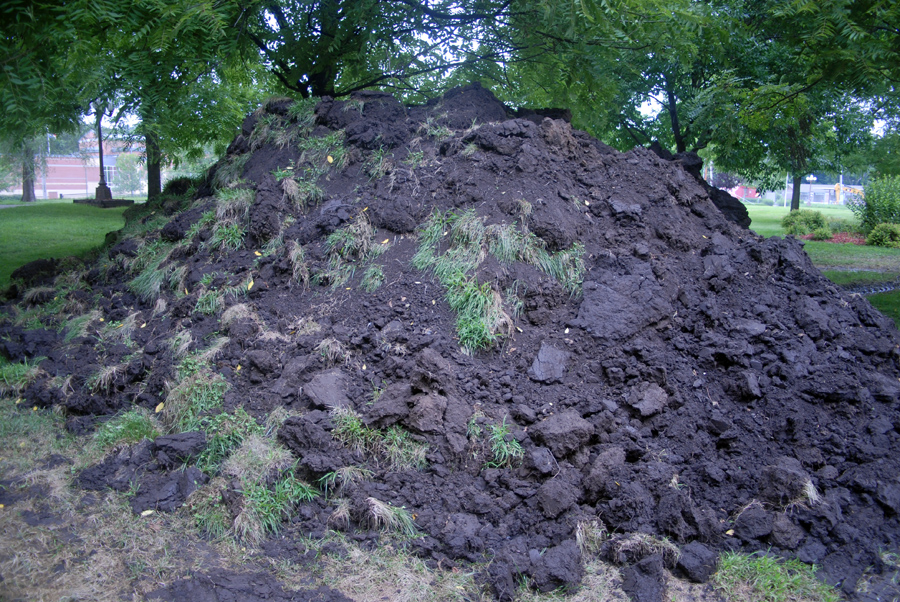 Several tons of topsoil mechanically stripped from the soil. The dark black color of the soil is typical of a Middle Woodland Period midden. 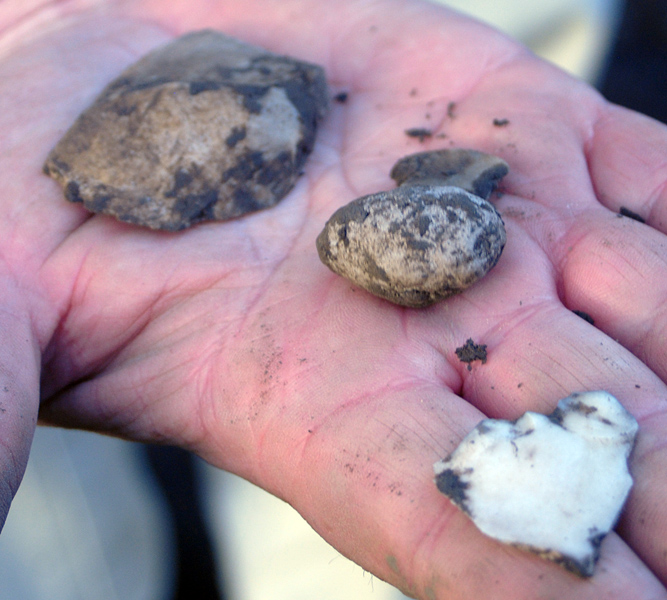 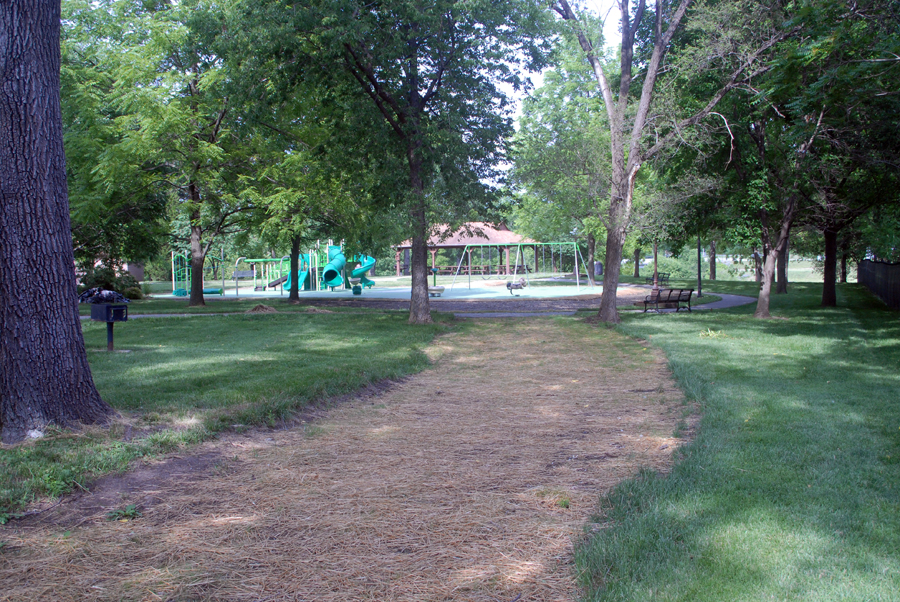 Finished playground, June of 2010. The interpretative signs that helped interpret the archaeological history of the park were removed and not replaced. The granite monument was not removed. 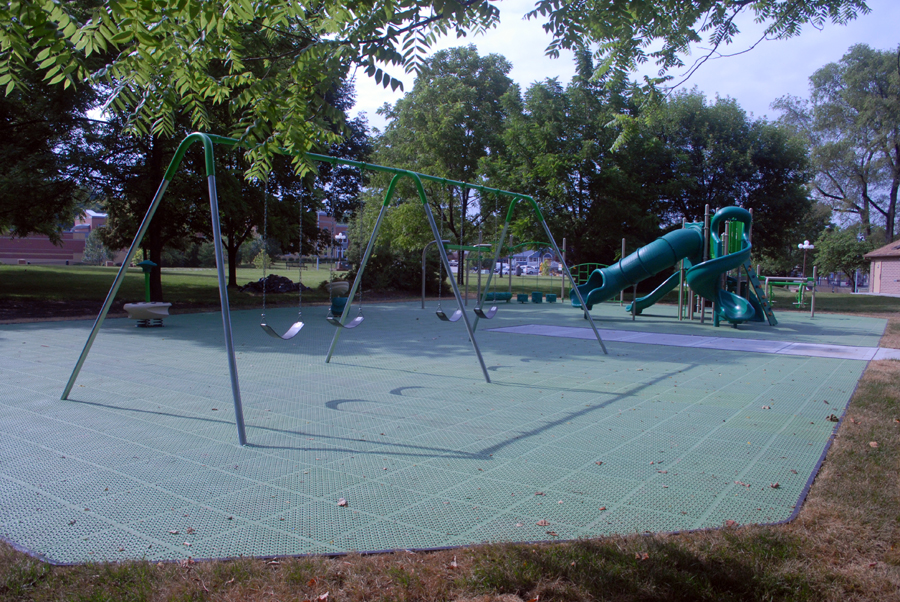 Finished playaground, June of 2010. Many thanks to Gary Brenner who alerted me during the summer of 2009 as soon as the plans for the Renner Site were being debated. A warm thanks to Neathery Batsell Fuller for taking the photographs on this webpage after we met with the Riverside city council. A thousand thanks to Ettus Hiatt for helping with the text of this webpage.