Sell Cave (23PU30) was investigated and published by Gerard Fowke (1922:45 - 51) as part of his archaeological research in the Ozarks region of Missouri. The cave is situated along the Roubidoux Creek; its mouth measures 5 feet high, 44 feet wide, and the habitable portion of the cave extends back for 55 feet. The entrance of the cave faces a little east of North. The cave is located on private property and it is not open to the public. The color photographs are of specimens in the National Museum of Natural History (NMNH) Museum Support Center (MSC) 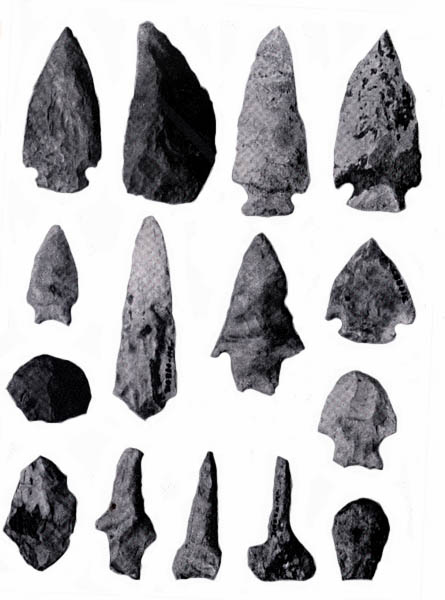 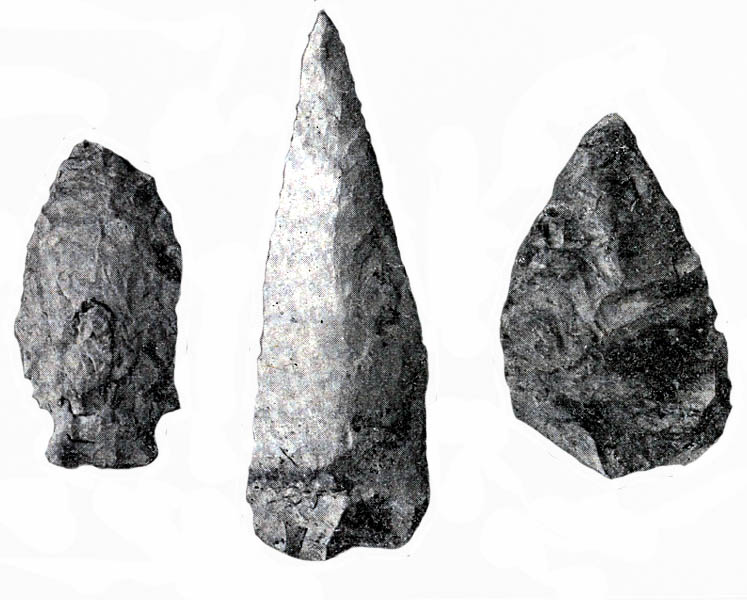 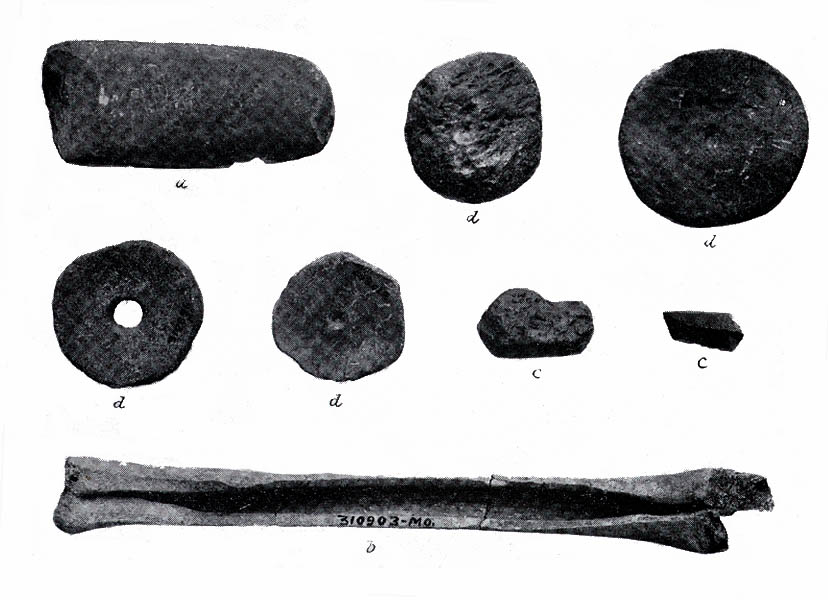 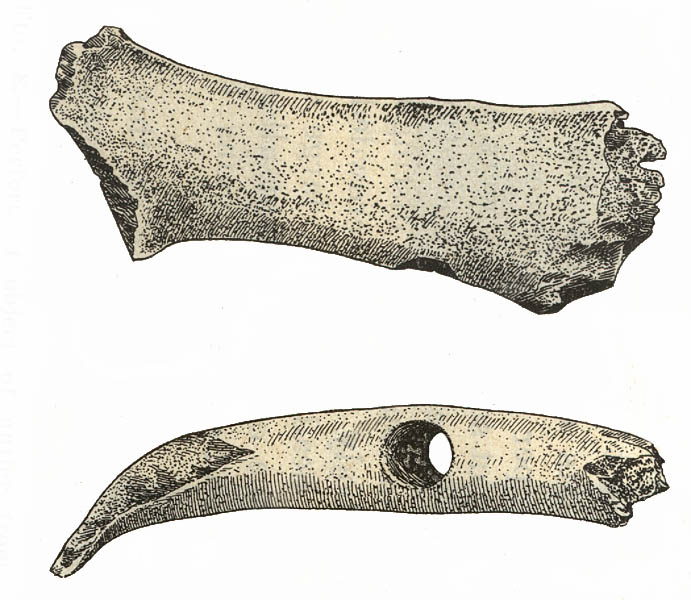 Two views of a perforated piece of antler from Sell Cave (Fowke 1922: Figure 8). 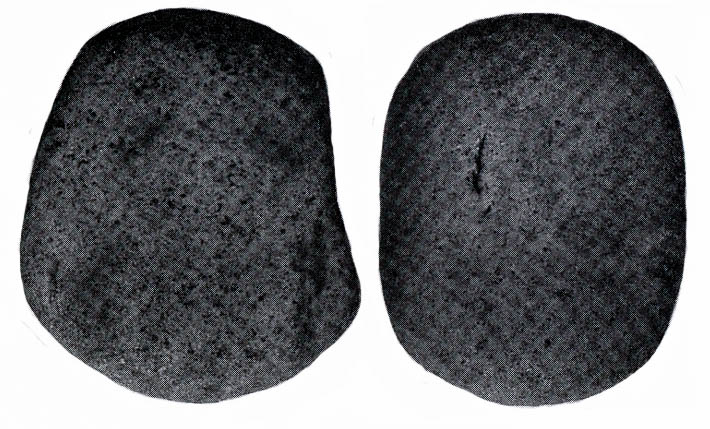 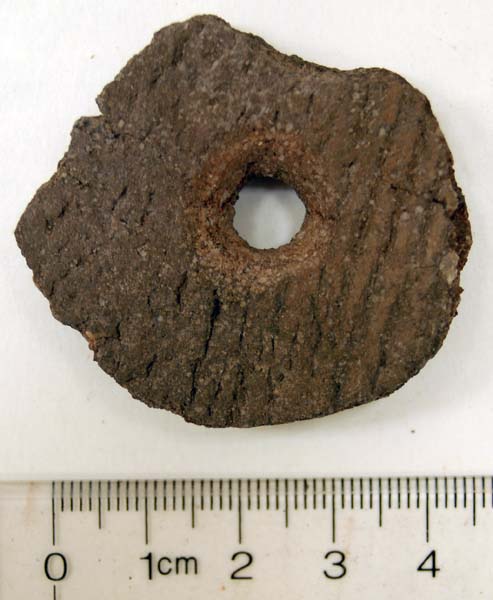 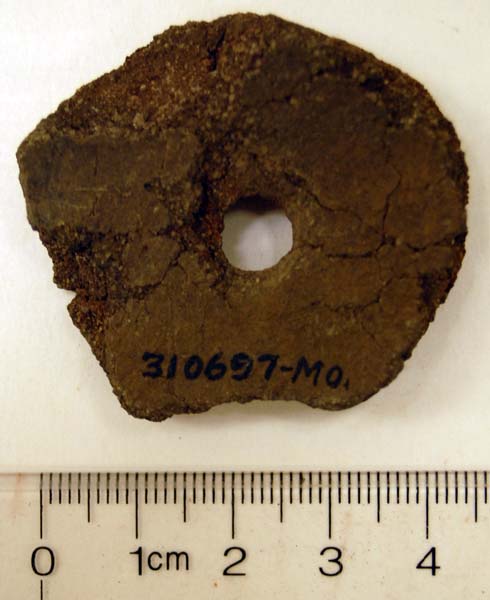 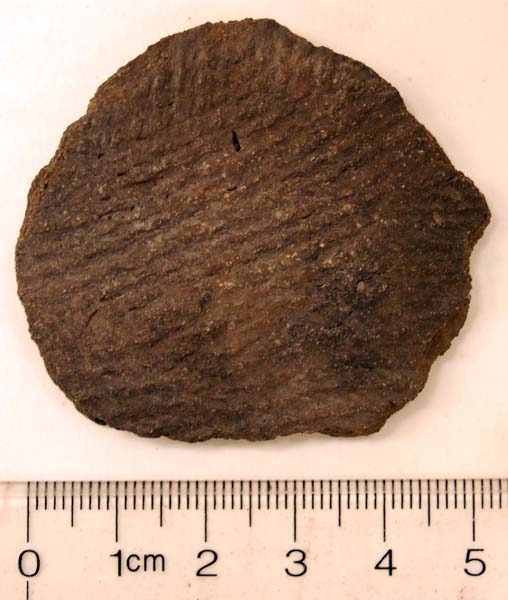 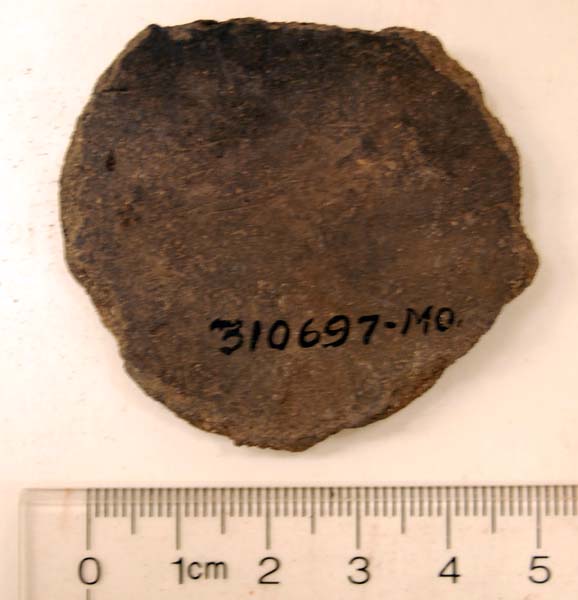 Late Woodland Period cordmarked bodysherd that was shaped, but not drilled. 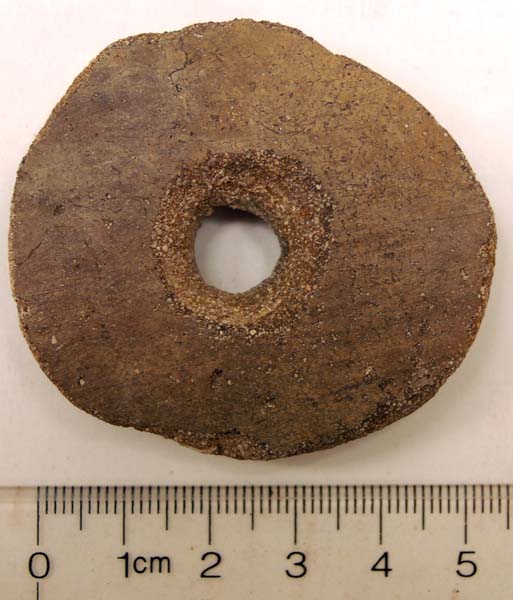 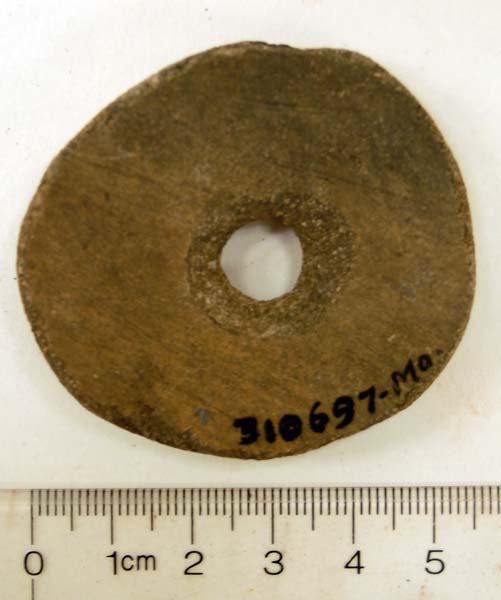 Late Woodland Period plainware bodysherd that was shaped and drilled. 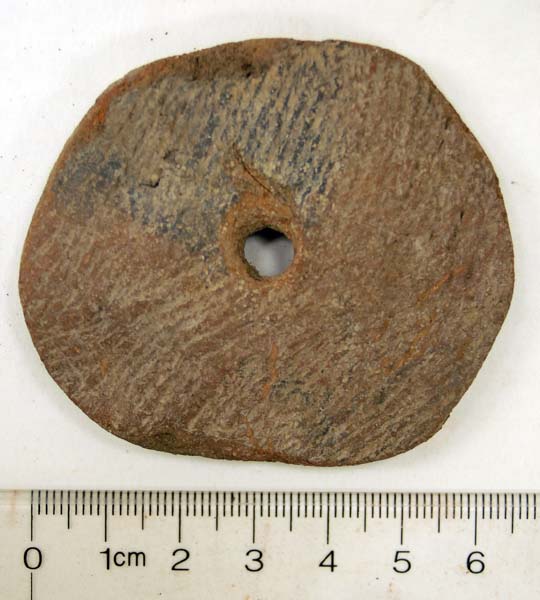 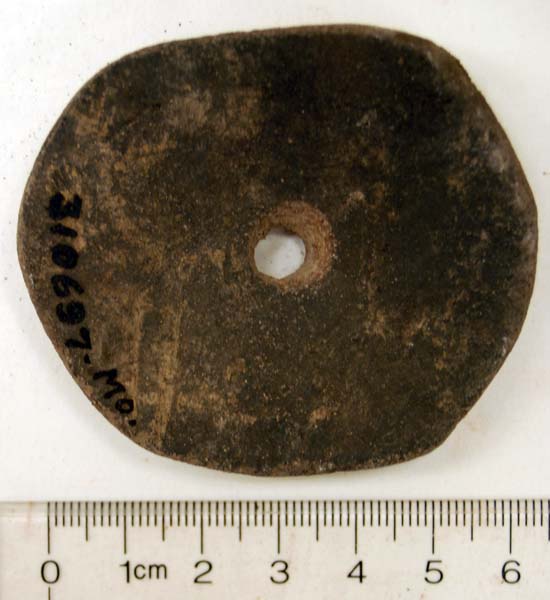 Late Woodland Period cordmarked bodysherd that was shaped and drilled. 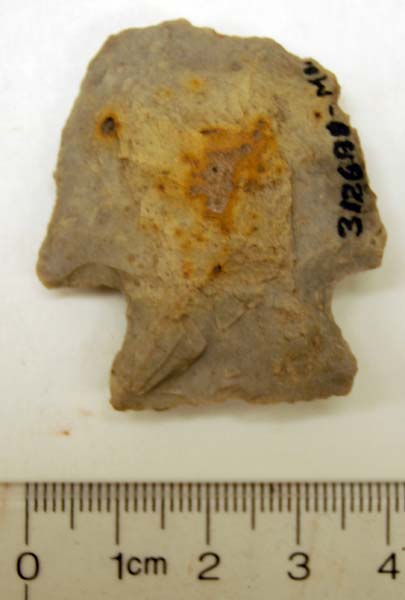 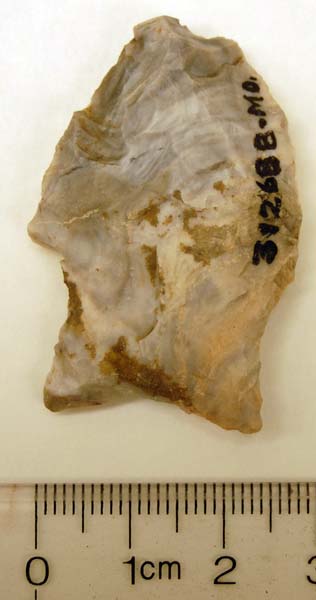 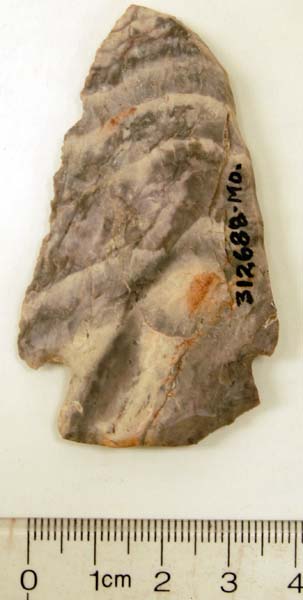 Shallow side-notched point reworded into a scraper from Sell Cave. 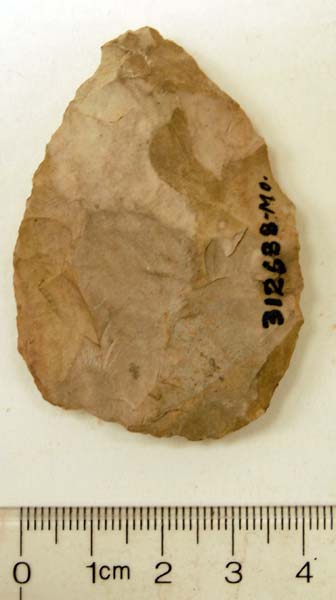 Asymmetrical corner-notched tool from Sell Cave. It has been more heavily resharpened on one blade edge than the other.

Hardin-barbed projectile point with an impact fracture near the tip from Sell Cave.

Warning! This link leads to a discussion of human skeletal remains - the images have been removed