Waldo Wedel examined the Sheperd Mound in 1938. Half of the mound had been removed by looters. The circular base was approximately 90 feet in diameter. The sides rose sharply to a height of 9 to 10 feet. 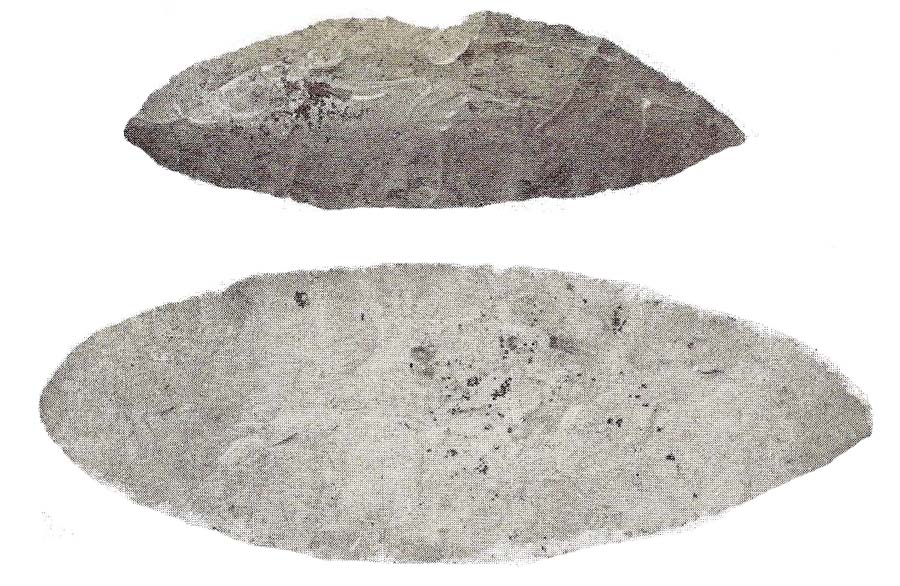 Flaked knives from the mound. 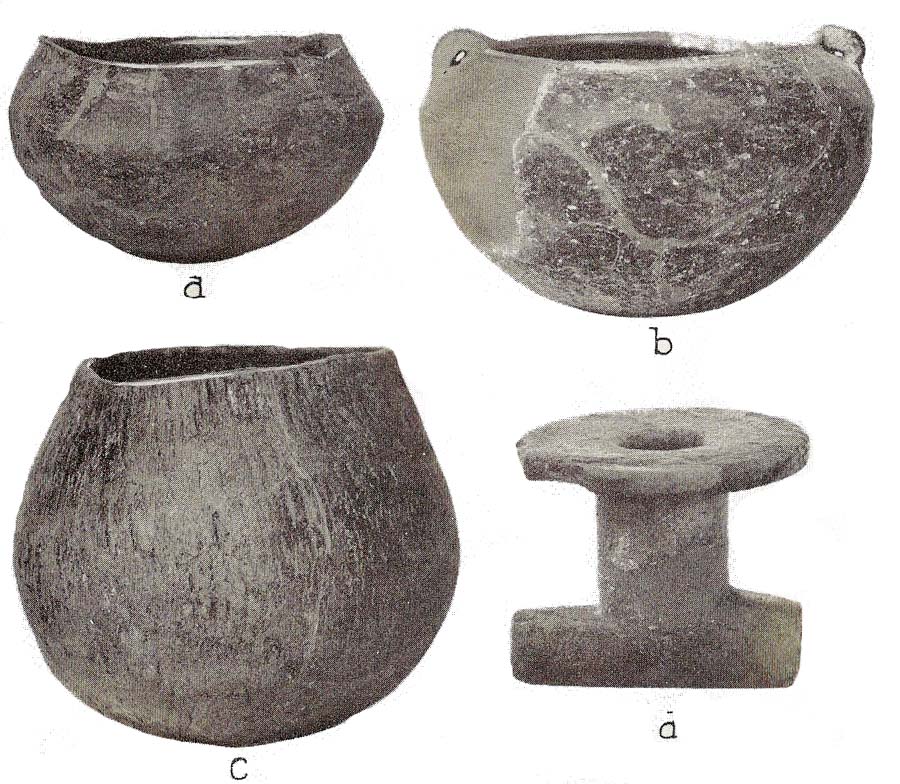 Pottery vessels and a pipe. 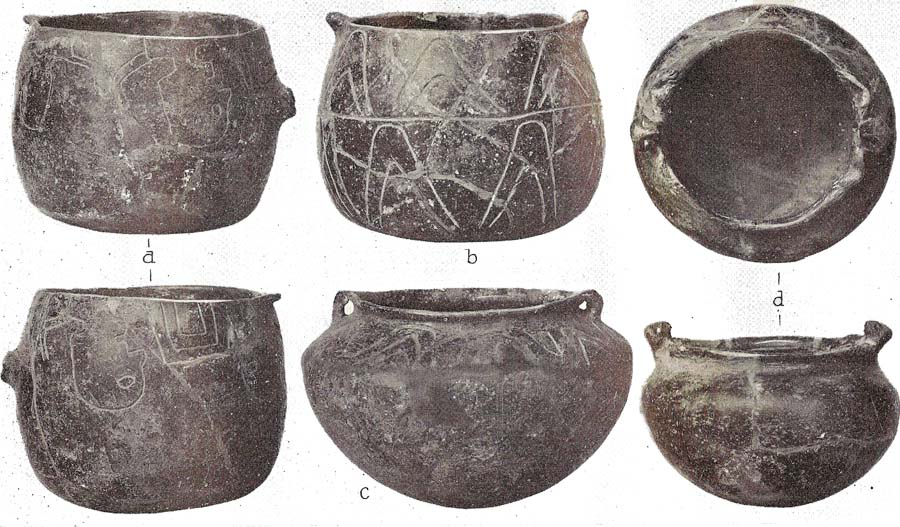 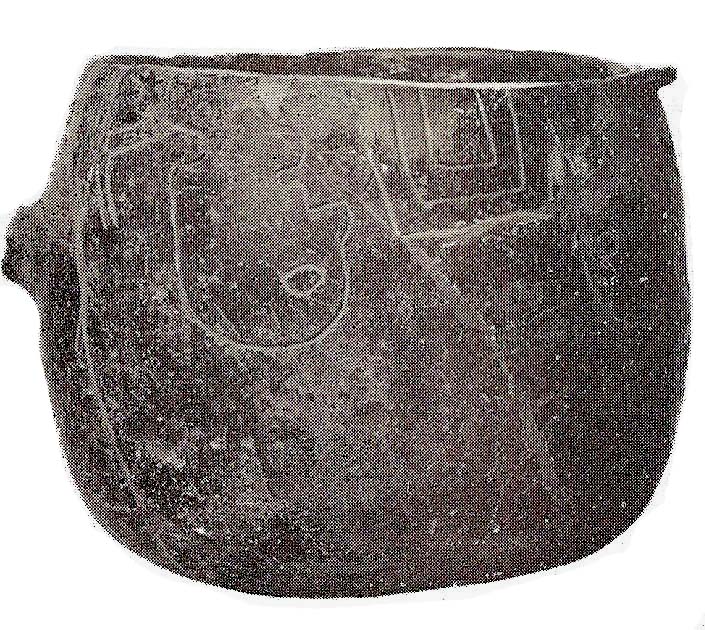 Closeup of the pottery vessel with incised head decoration. 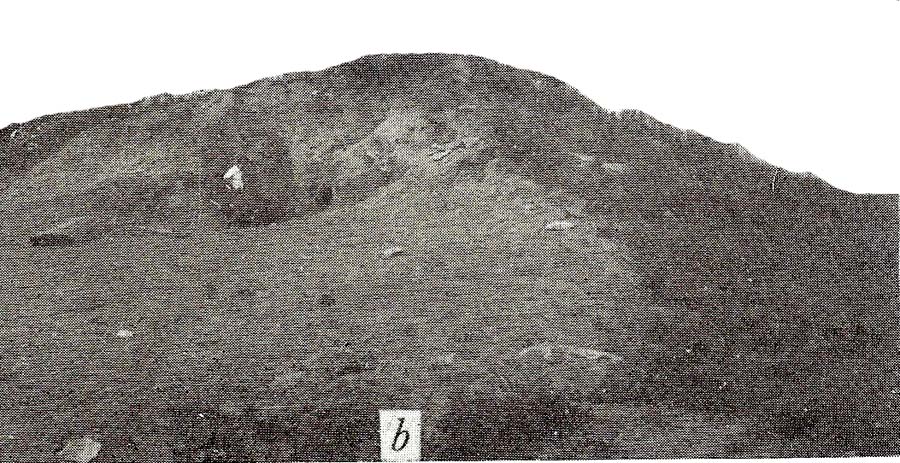 Landscape of the Shepherd Mound.