The Truman Road site is on private land and it is not open to the public. The site was studied by the Archaeological Research Center in St. Louis ahead of the destruction of the site. 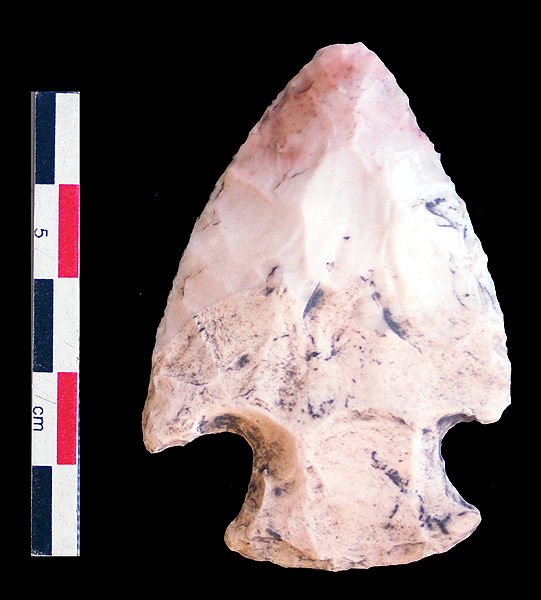 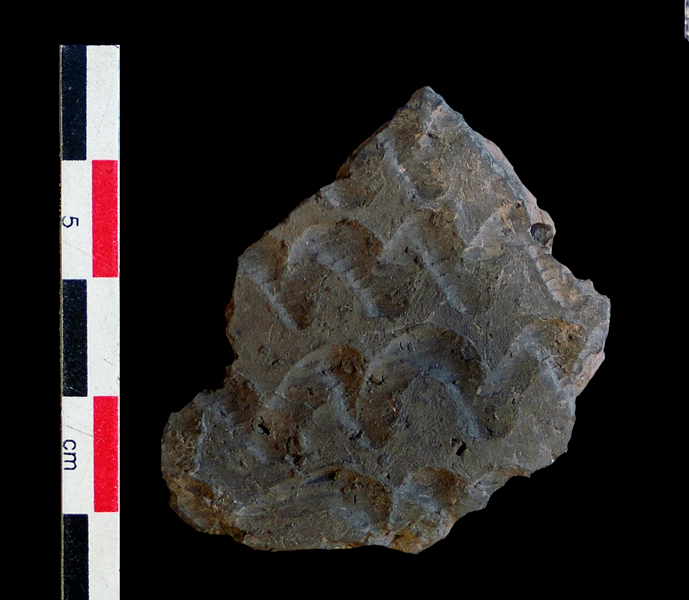 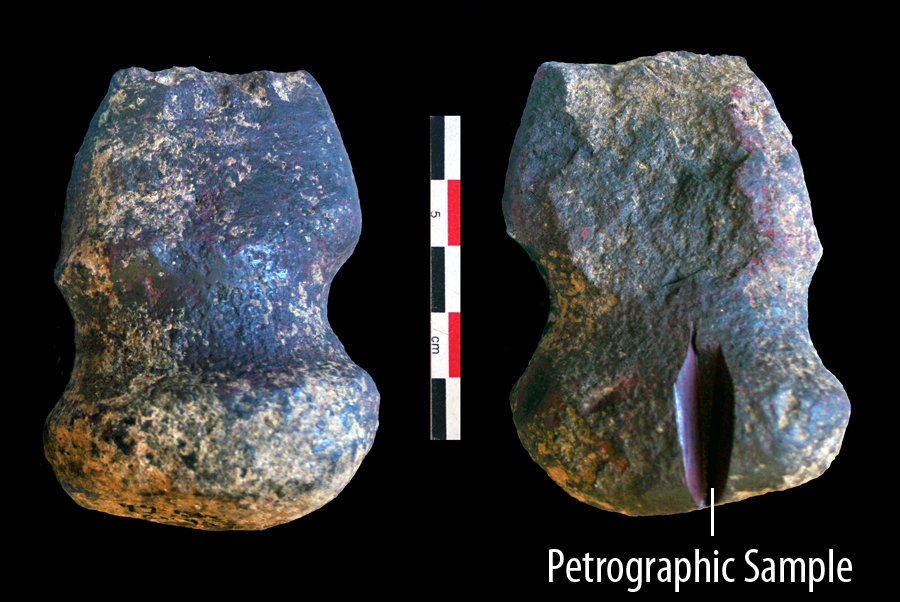 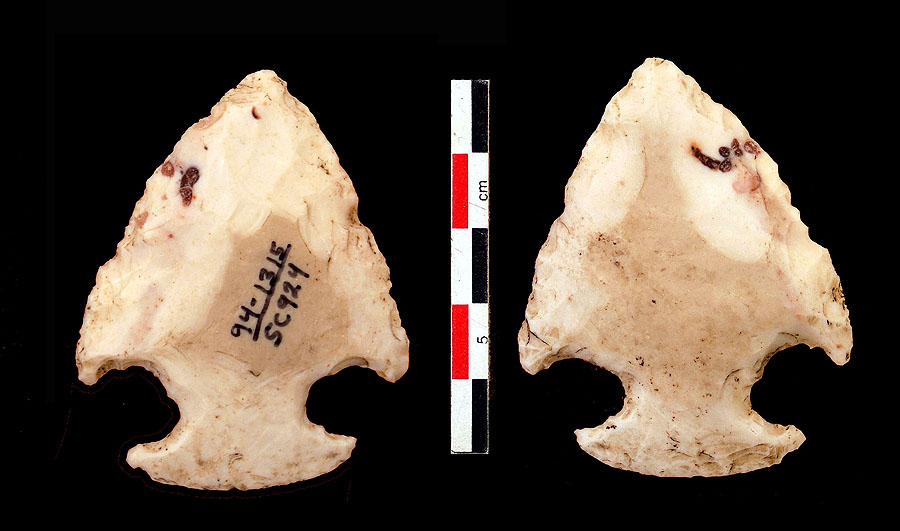 Snyders Point dating to the Middle Woodland Period that was discovered during rescue archaeological work at the Truman Road Site by Joe Harl during 1994. Length = 56.4 mm, width = 44.3 mm, thickness =7.4 mm and weight = 16.2 grams.

Thank you to Neathery Fuller (who made many of the measurements at UMSL), Joe Harl, Professor Patti Wright (UMSL), and Scott McDowell (UMSL lab assisant) for their help in the research to prepare this webpage. Special thanks to Ettus Hiatt for assistance in editing the website text. Webpage constructed 1 December 2012
Webpage updated 15 January 2013