Roman artifacts in the Yorkshire. Museum

Located in York (of course). 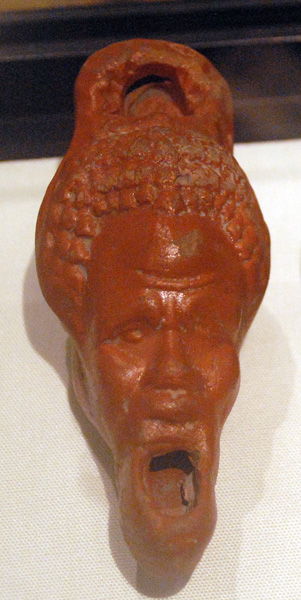 Roman lamp in the form of an African man's head. 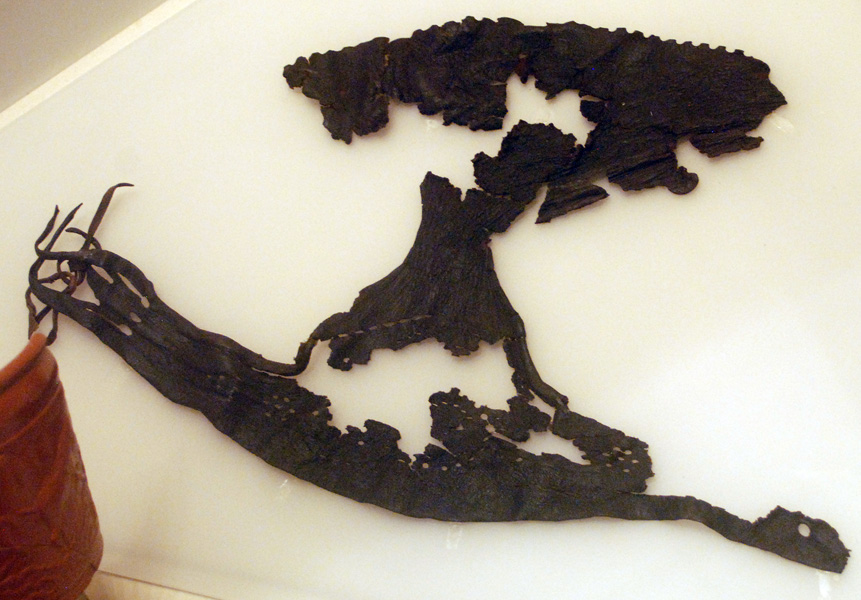 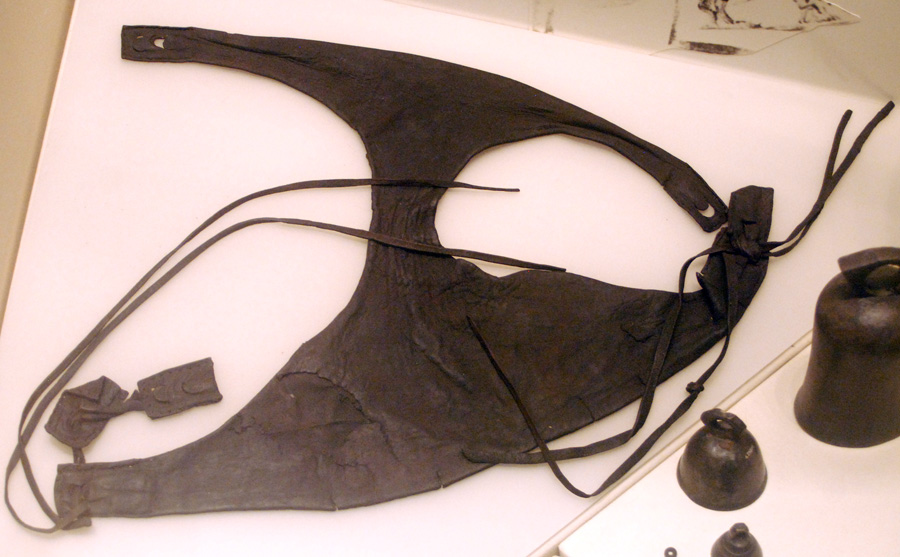 Roman leather bikinis trunks that tied with leather laces from Queen Street and Shadwell. Dated to the 1st and 3rd centuries AD. 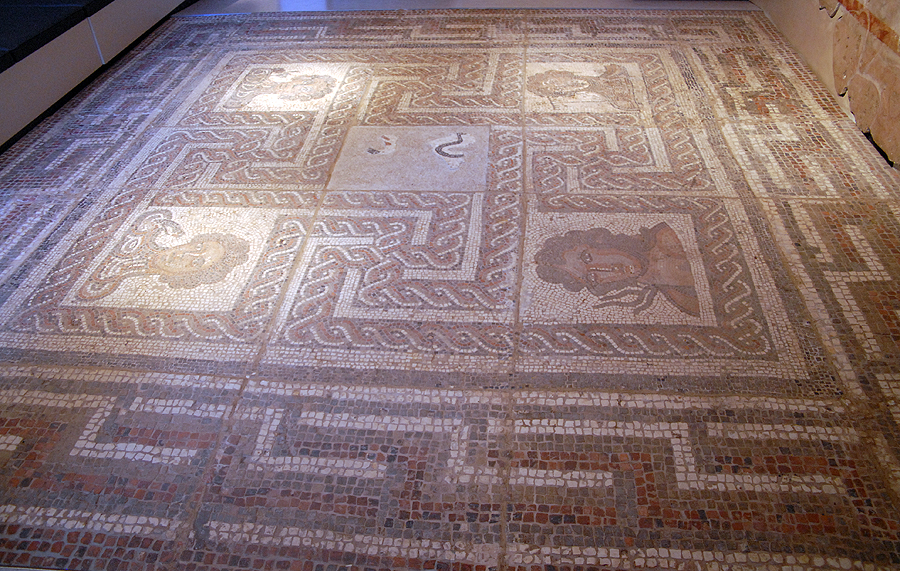 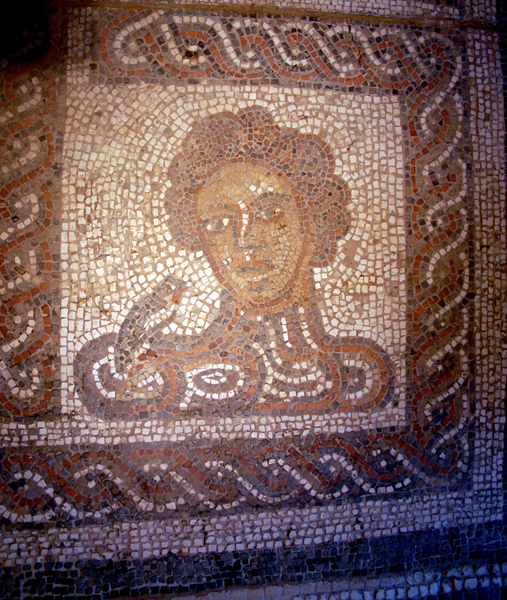 Detail of Roman mosaic from York; spring with the return of song birds. 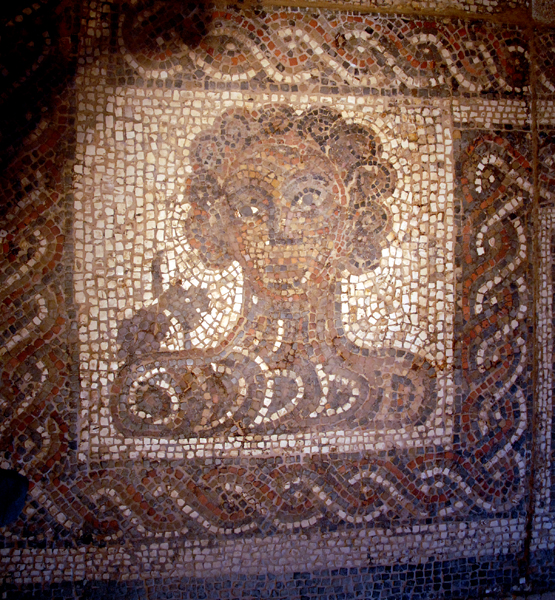 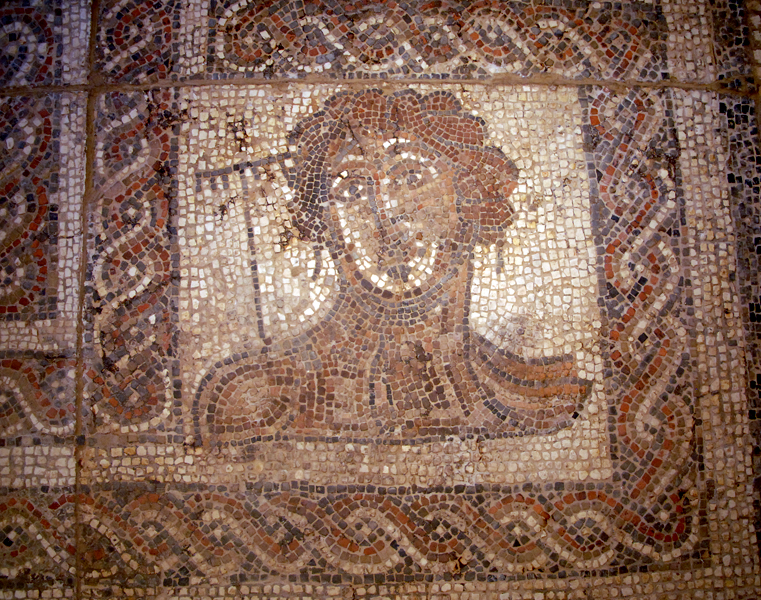 Detail of Roman mosaic from York; Fall with the rake. 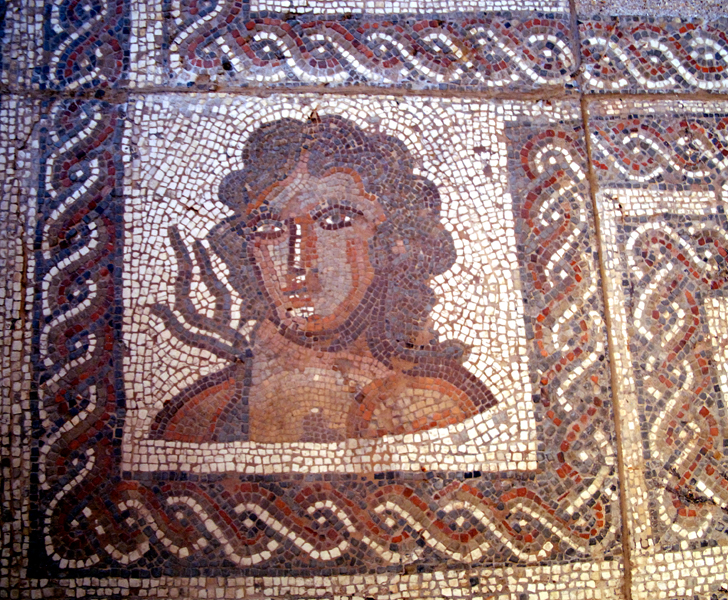 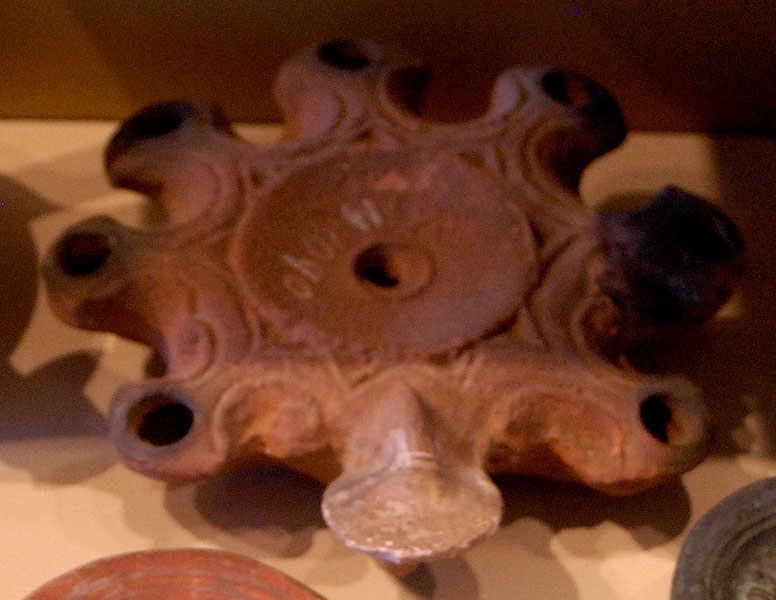 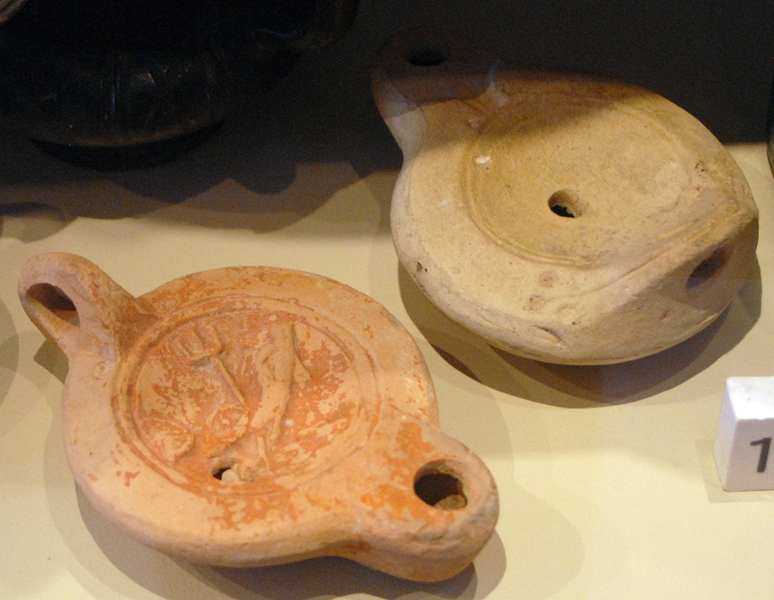 Roman oil lamp with a trident on the discus. My assumption is that the other design related to gladiatorial combat. 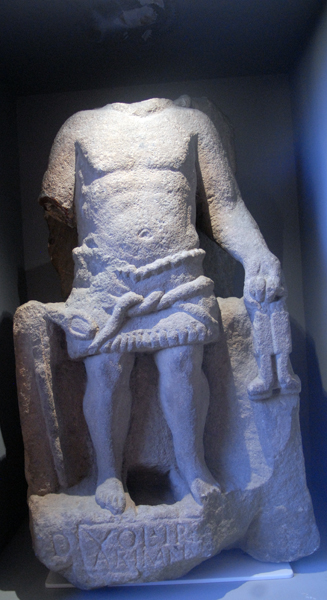 Headless statue of Arimanes found at Station Road in York. The inscription indicates that a man named Volusius Irenaeus commissioned the sculpture after Arimanes (usually considered a demon) aided him. 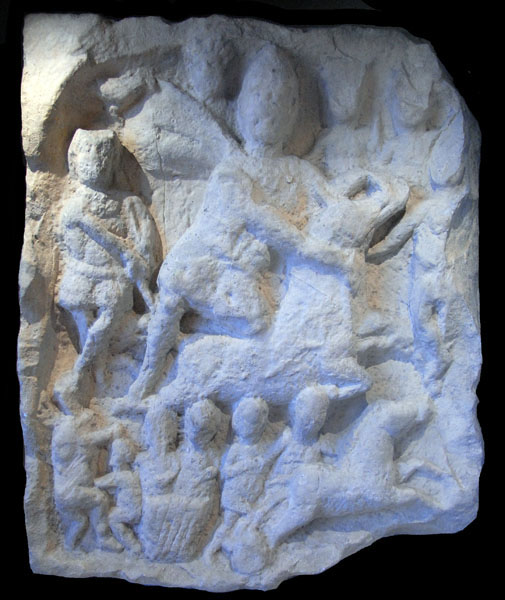 Relief of Mithras slaying the bull of heaven. 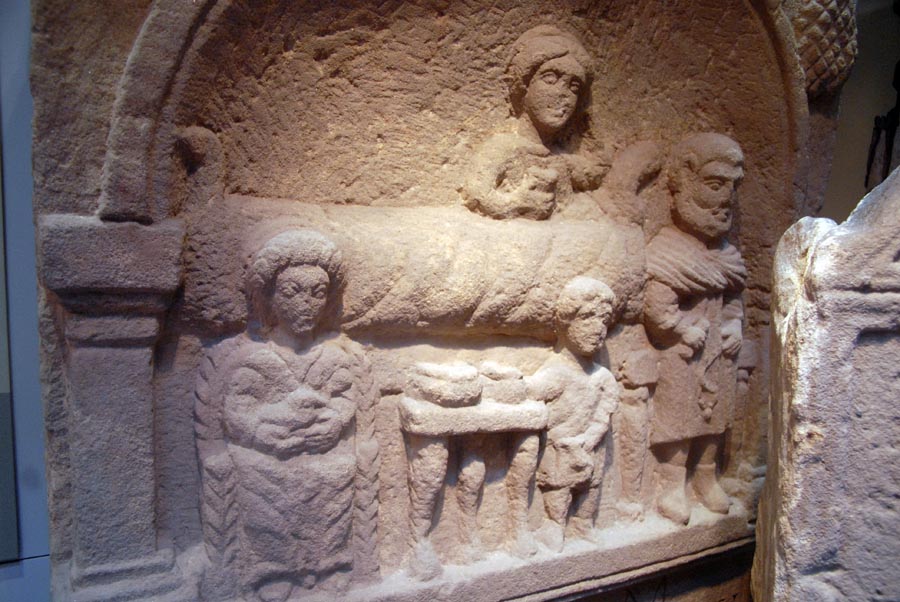 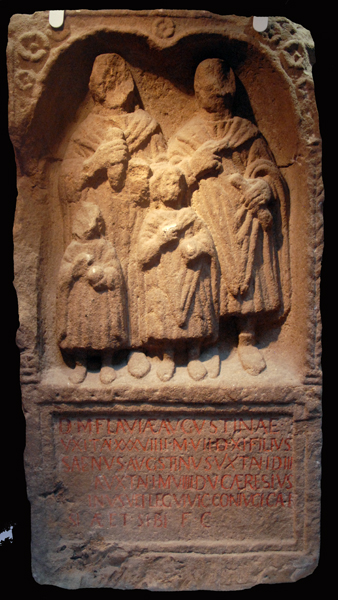 Roman tombstone showing the family of an ex-soldier named Caeresius Augustinus. He was preceded in death by his wife and two children. 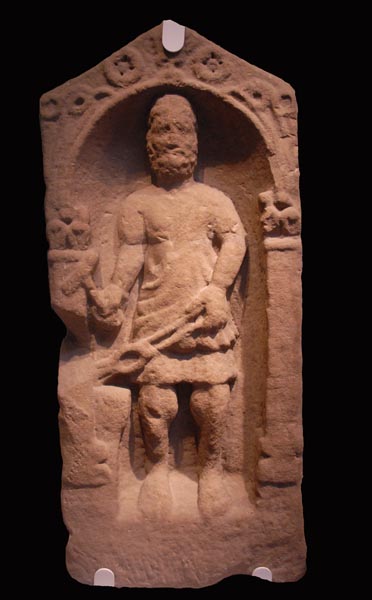 Roman tombstone of a smith.

Roman tombstone from Mickelgate in York. Lucius Duccius Rufinus died at age 28. He was the standard bearer for the 9th Legion. He carried a small bag/box (not a purse) that would have contained commands written on cards of wood. 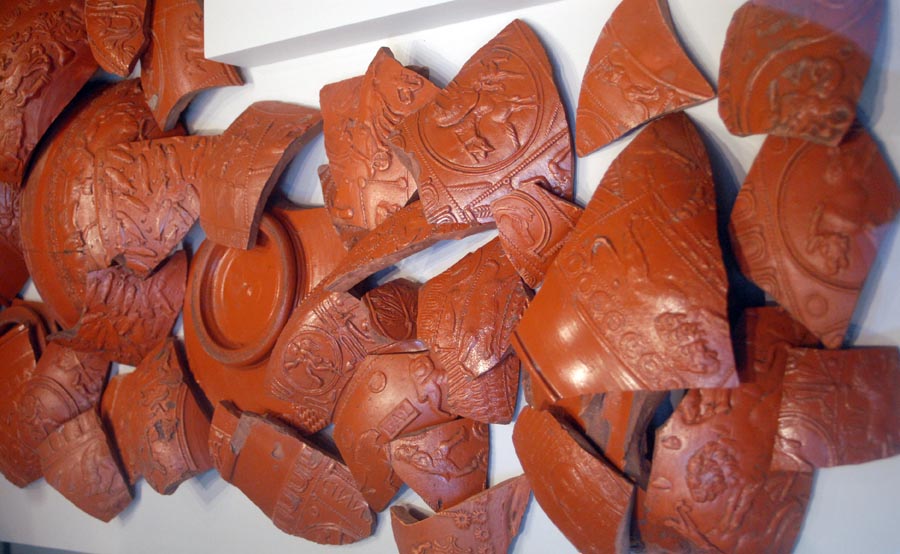 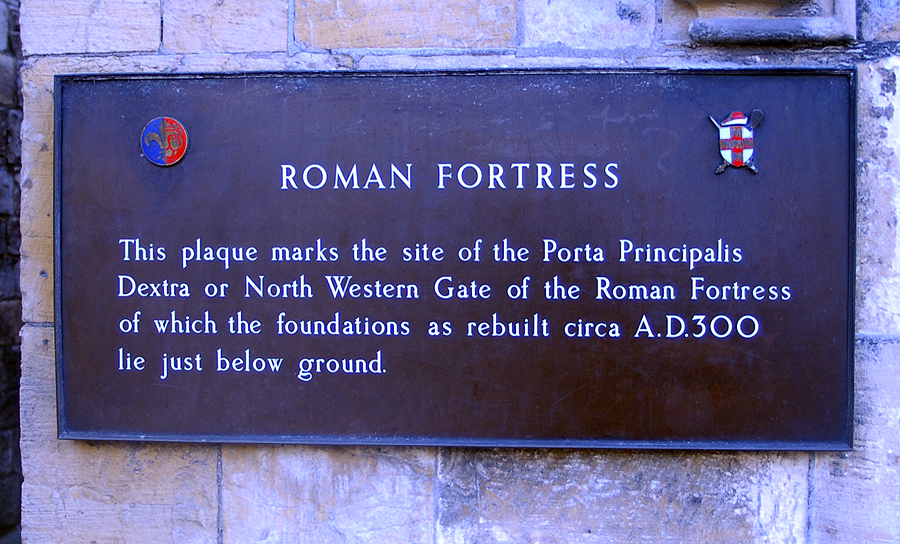