The Cactus Cove pictograph site has been known to a handful of farmers in Warren County for at least 100 years. The site is situated on private property and is not open to the public. 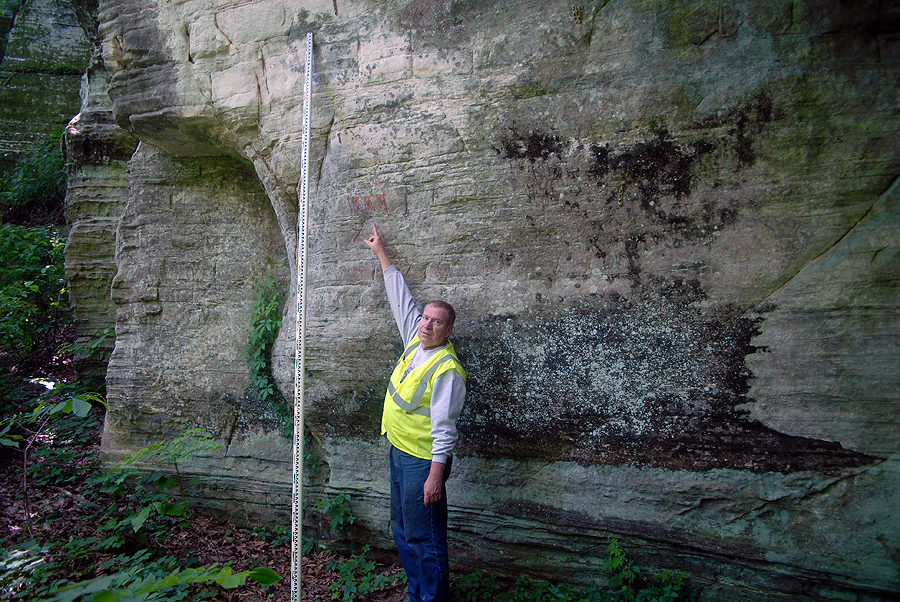 Professor Michael Fuller pointing to the most prominent portion of the painted panel. 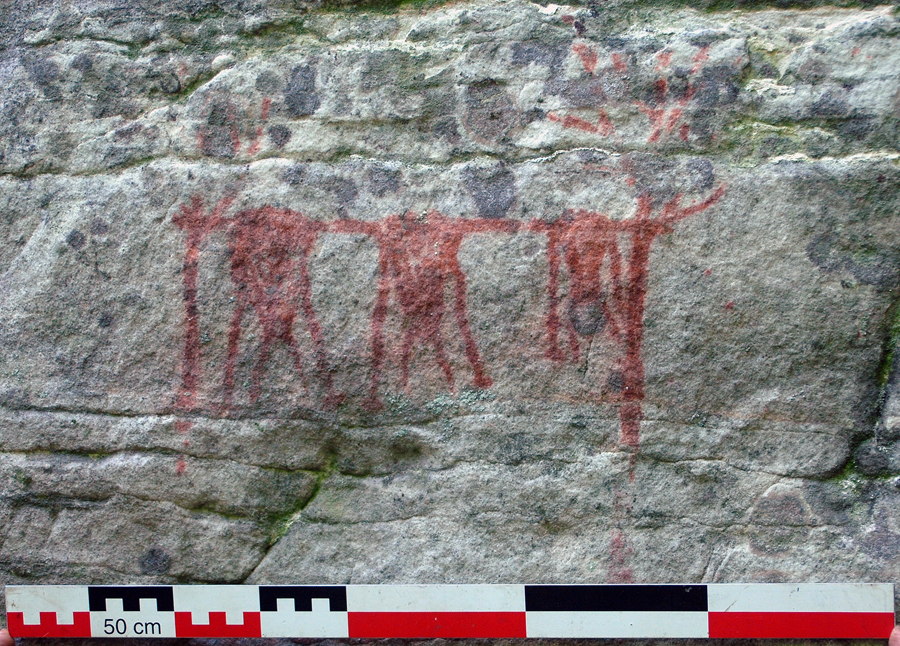 I see a skinning rack or drying rack. What could be skinned? My first thought was deer or elk; Professor Ralph Rowlett (Emeritus at University of Missouri - Columbia) suggested bison. 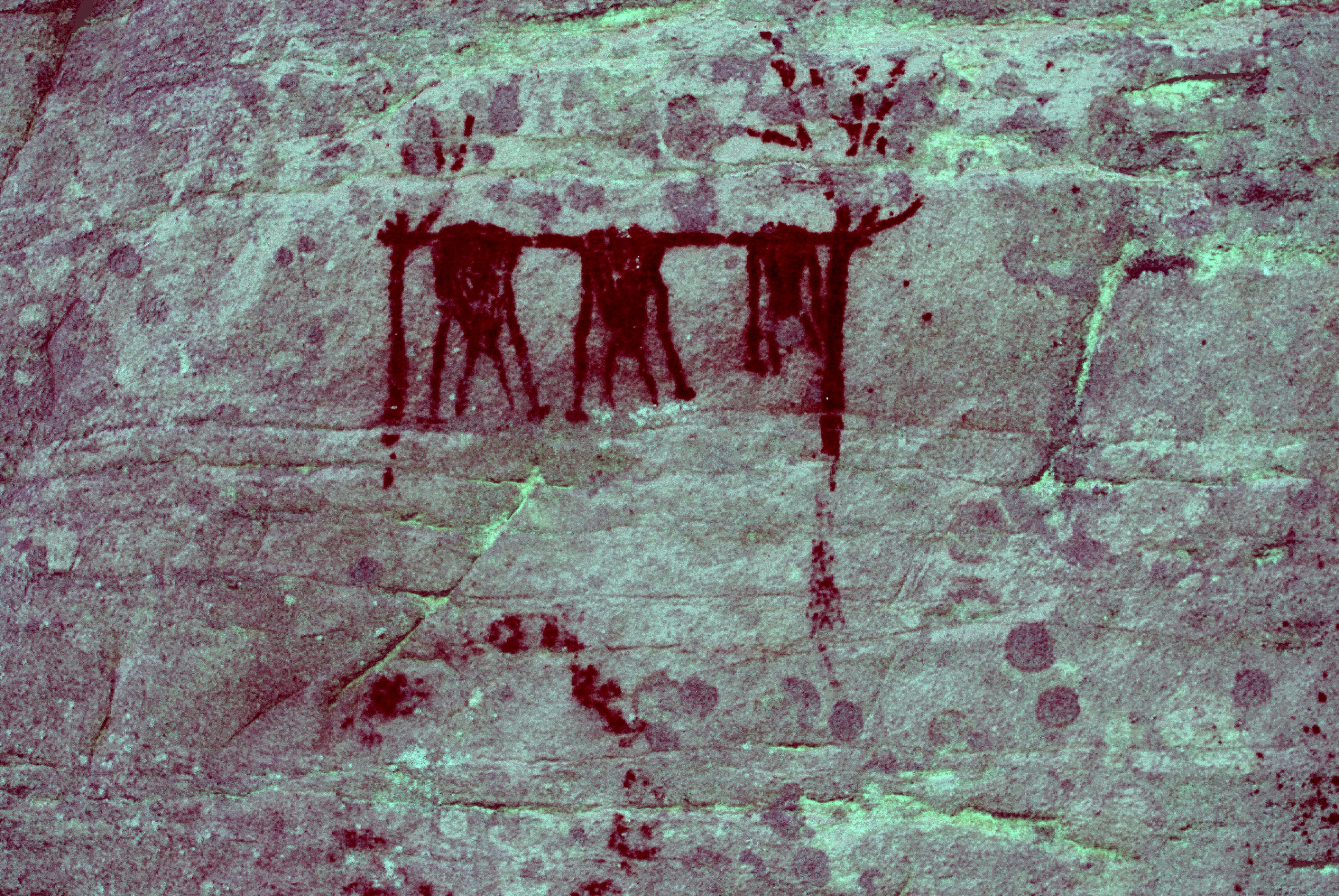 DStretch image using the YRE enhancement of the drying rack. The DStretch plugin to the ImageJ program was written by Jon Harman for rock art researchers who wish to enhance images of pictographs. 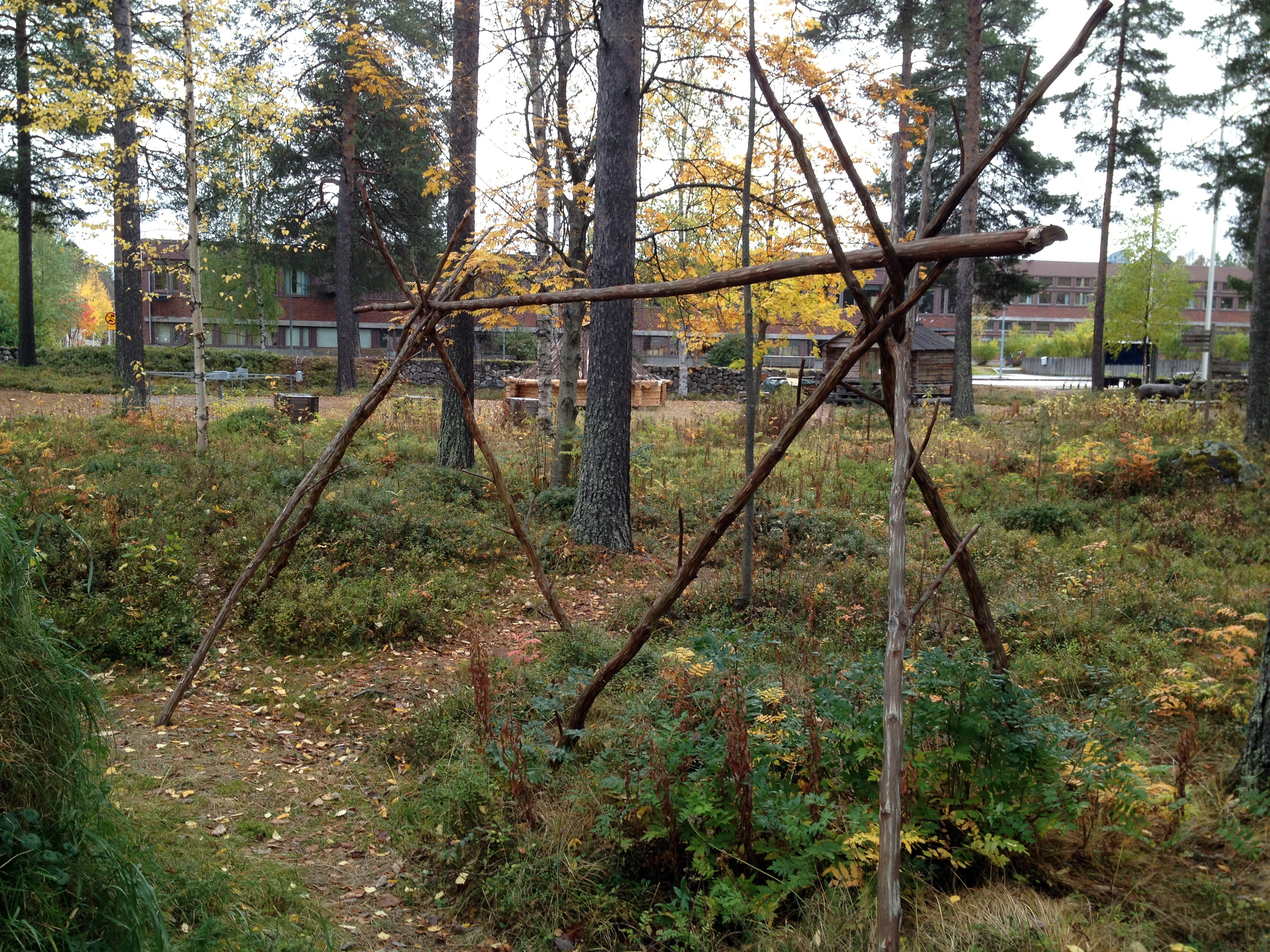 Ethnographic example of a drying rack in the Swedish Mountain and Sami Museum in Jokkmokk, Sweden. 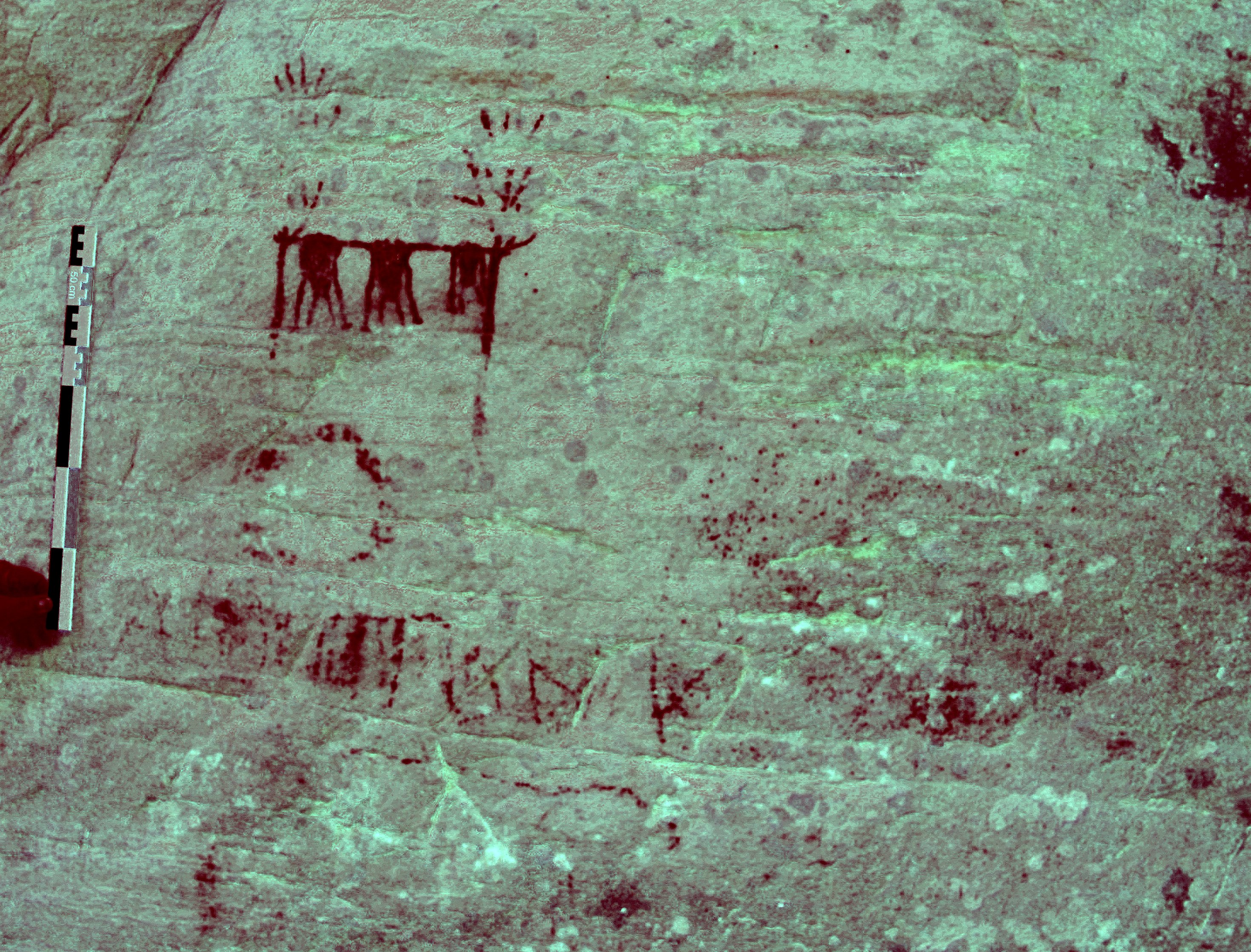 DStretch image using the YRE enhancement of the whole panel showing the drying rack, circle, lower band of pictographs. The lower band is difficult, but I interpret (left to right):
1. An A-frame tripod for cooking or smoking meat
2. Another horizontal drying rack with at least two animal hides
3. Three more A-frame tripods
4. A large recumbent deer (spirit being like the one at the Paydown Deer and Painted Rock pictograph sites). 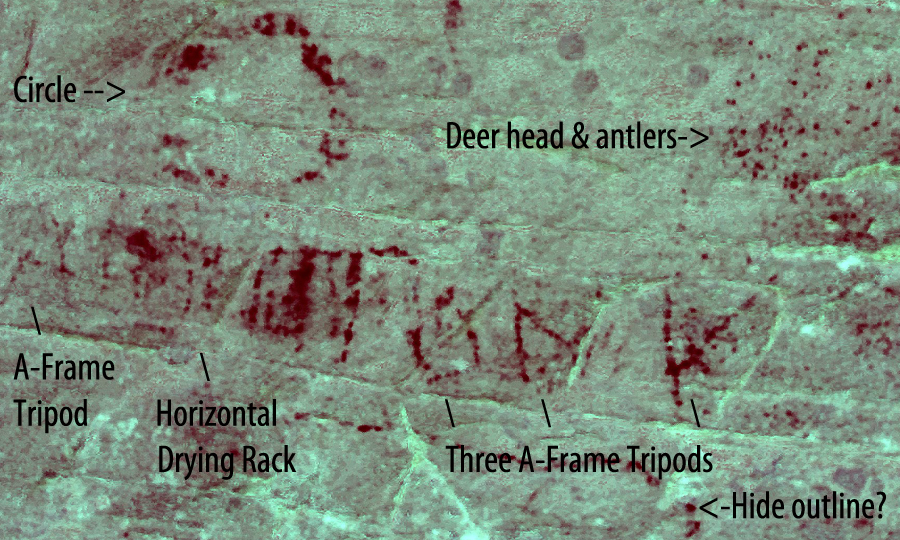 Closeup of the DStretch image using the YRE enhancement of circle and lower band of pictographs. 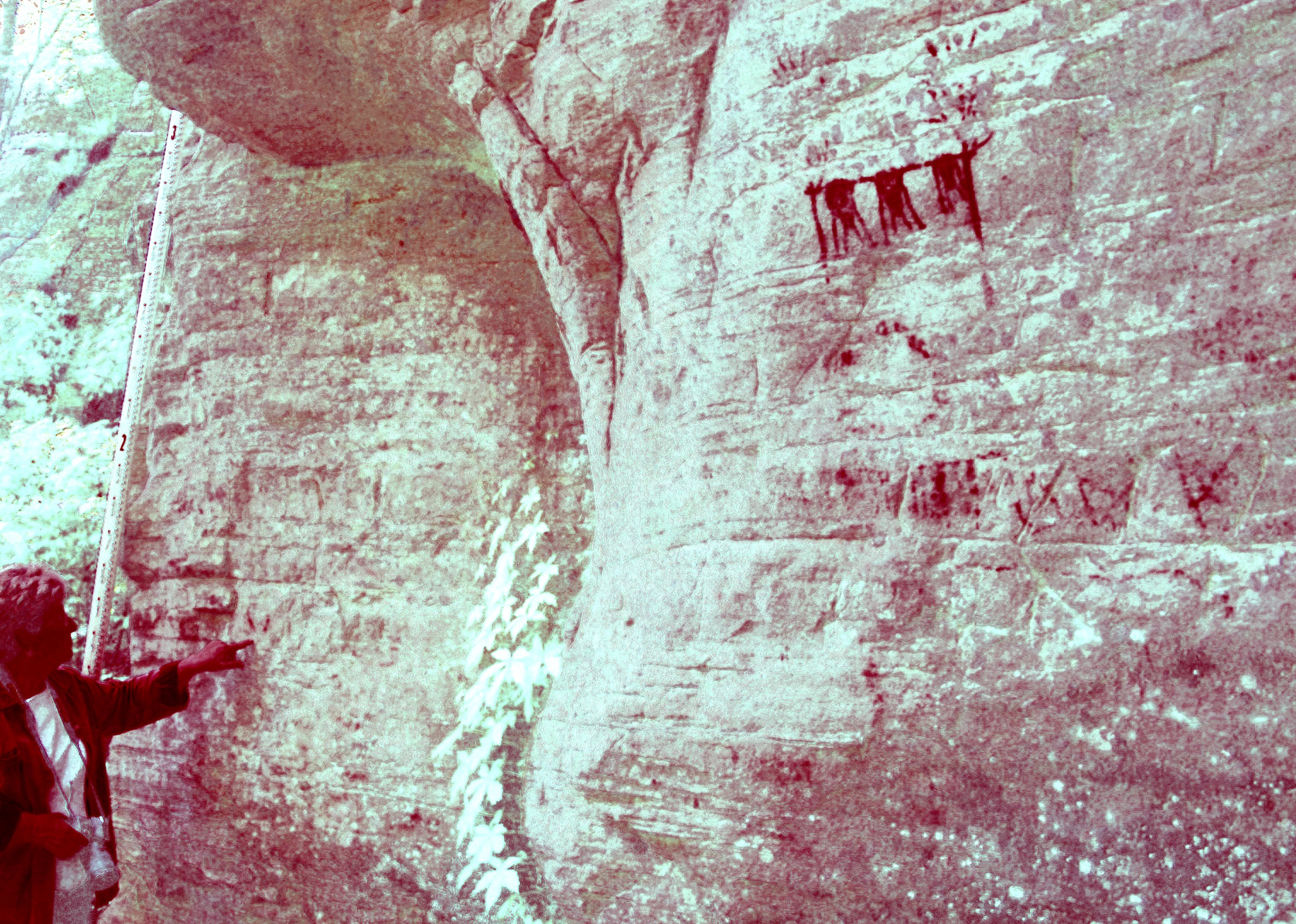 DStretch image showing pictograph marks situated to the left of the main panel. 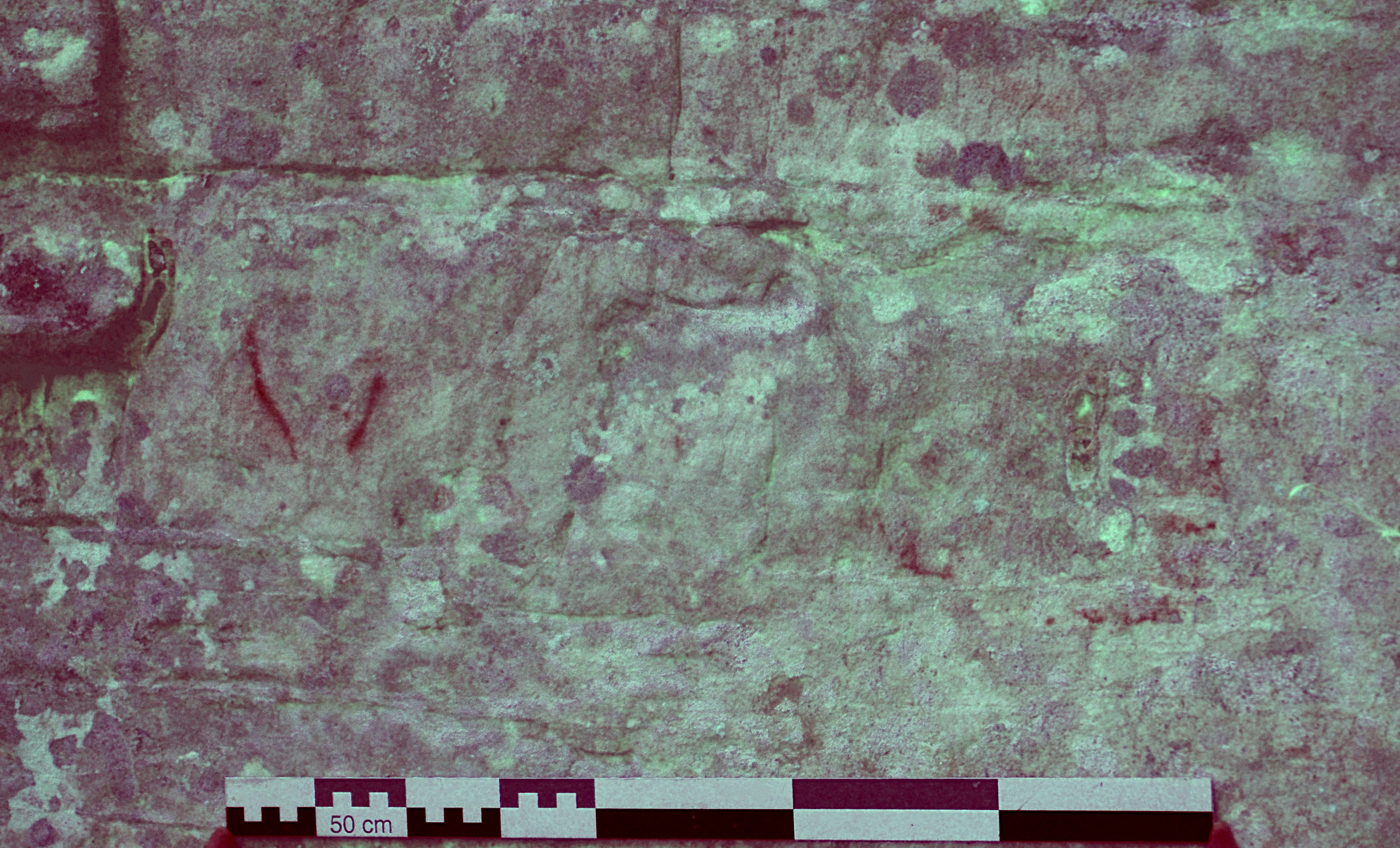 DStretch image using the YRE enhancement of red pictograph marks situated to the left of the main panel. My first impression is that this pictograph is a head and the lower body has weathered away or was painted in another pigment. Small traces of red pigment are also visible on the far right side of the image.