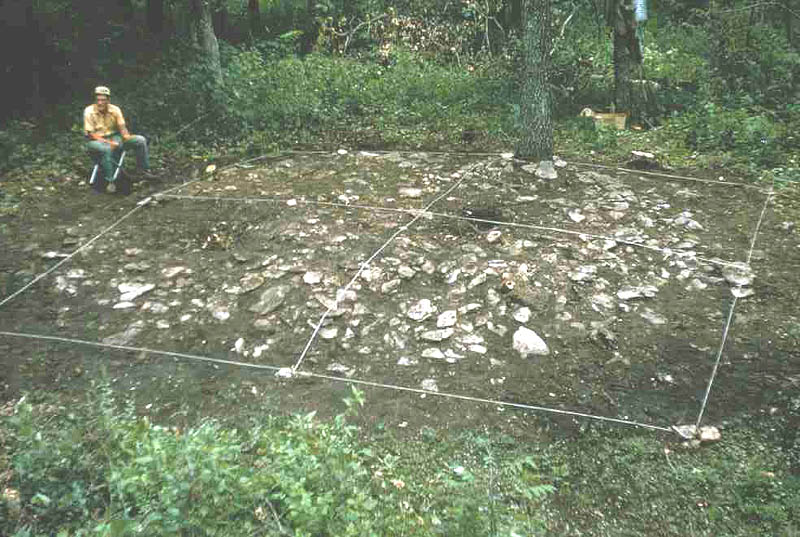 The rescue excavation began after the rock and earth mound was cleaned of surface leaf litter and grass. Photograph provided by Professor W. Raymond Wood, University of Missouri at Columbia. A black-and-white version of this photograph was published by Chapman (1980: Figure 3-10). 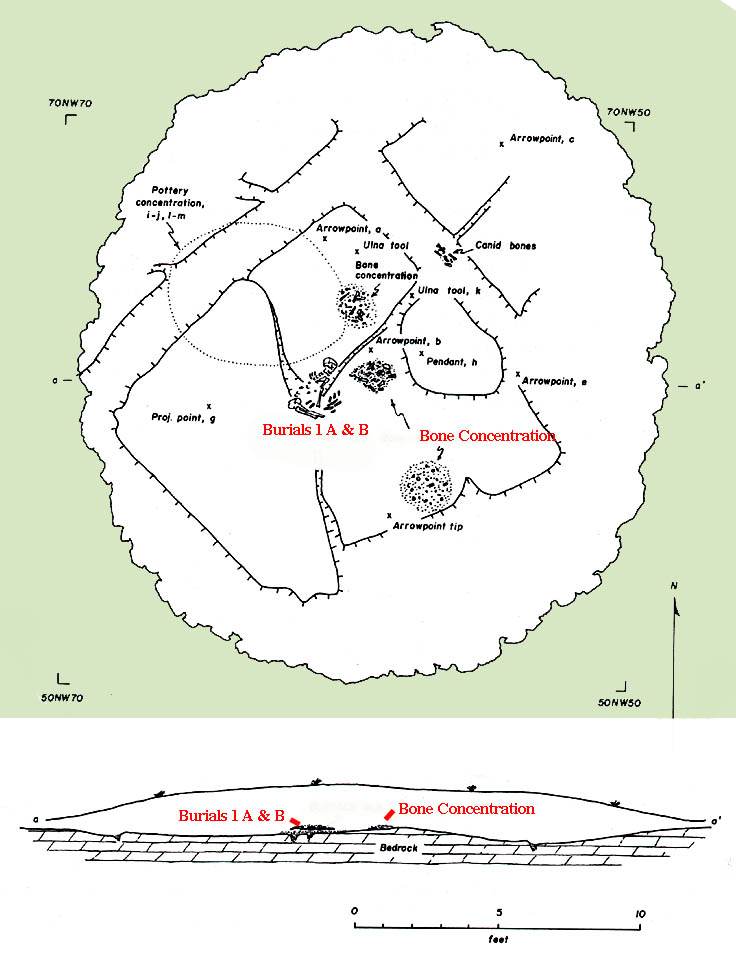 Colorized plan and profile of Bowling Stone Mound - 23CE152, adapted from Wood and Brock (1984: Figure 10). At least seven individuals were buried in the mound. Two of the burials (Burial 1 A & B) were near the center of the mound. The remains of the other individudals were broadcast throuogh the east and central parts of the mound. Burial 1 (A & B) was composed of a rearticulated, partially burned adult male and the bundle burial of a unburned younger adult. Three charred maize kernels and part of a charred walnut shell were among the bones. Animal bones associated with burials included part of a deer mandible, deer metapodial fragments, turtle shell fragments, and a piece of mollusk shell. 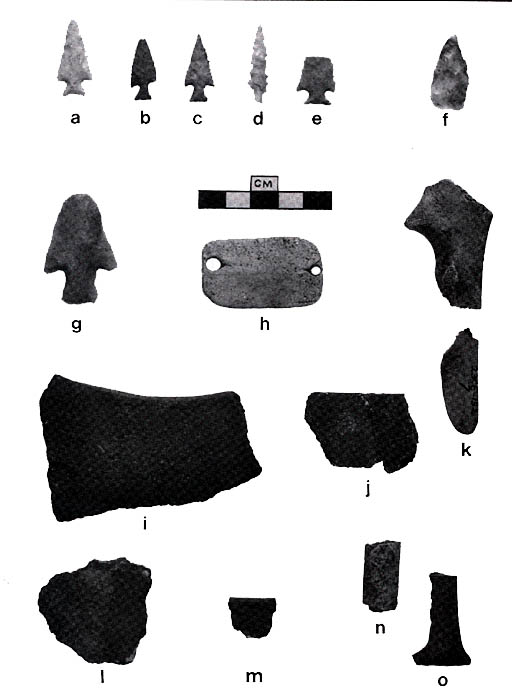 The chipped stone artifacts from the site include five Scallorn points (a - e) and one roughly flaked, unnotched Young point (f). A rectangular conch-shell pendant (h) was discovered in almost the exact center of the mound. Four pottery vessels were represented by the rim and bodysherds found in the mound; they included a grog-tempered vessel (l) , a dark-gray shell-tempered vessel with vertical z-twisted cord impressions (m), and two limestone-tempered vessels (i - j). Small pockets and individual kernals of charred corn and hickory shells were discovered in the fill of the mound; mulberry and dogwood seeds were also recovered. A possible dog burial was discovered in a bedrock crevice in the northeastern part of the mound.