One of the most significant Paleo-Indian archaeological sites in Northwest Missouri is the Peterson Site situated between St. Joseph, MO and the Iowa border. 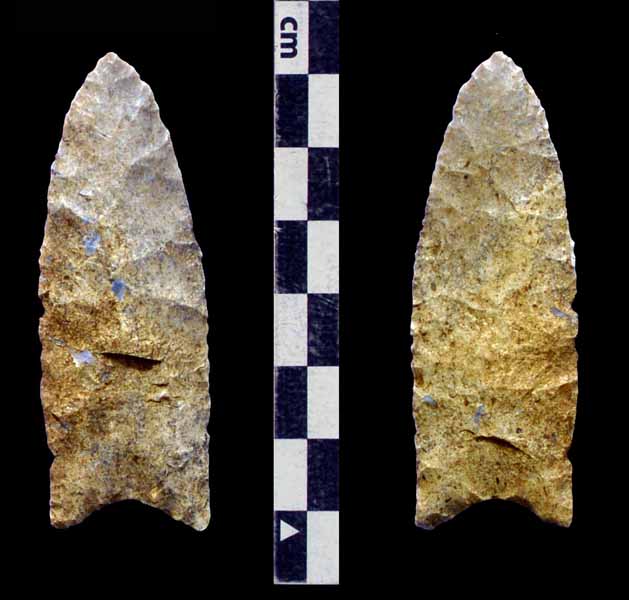 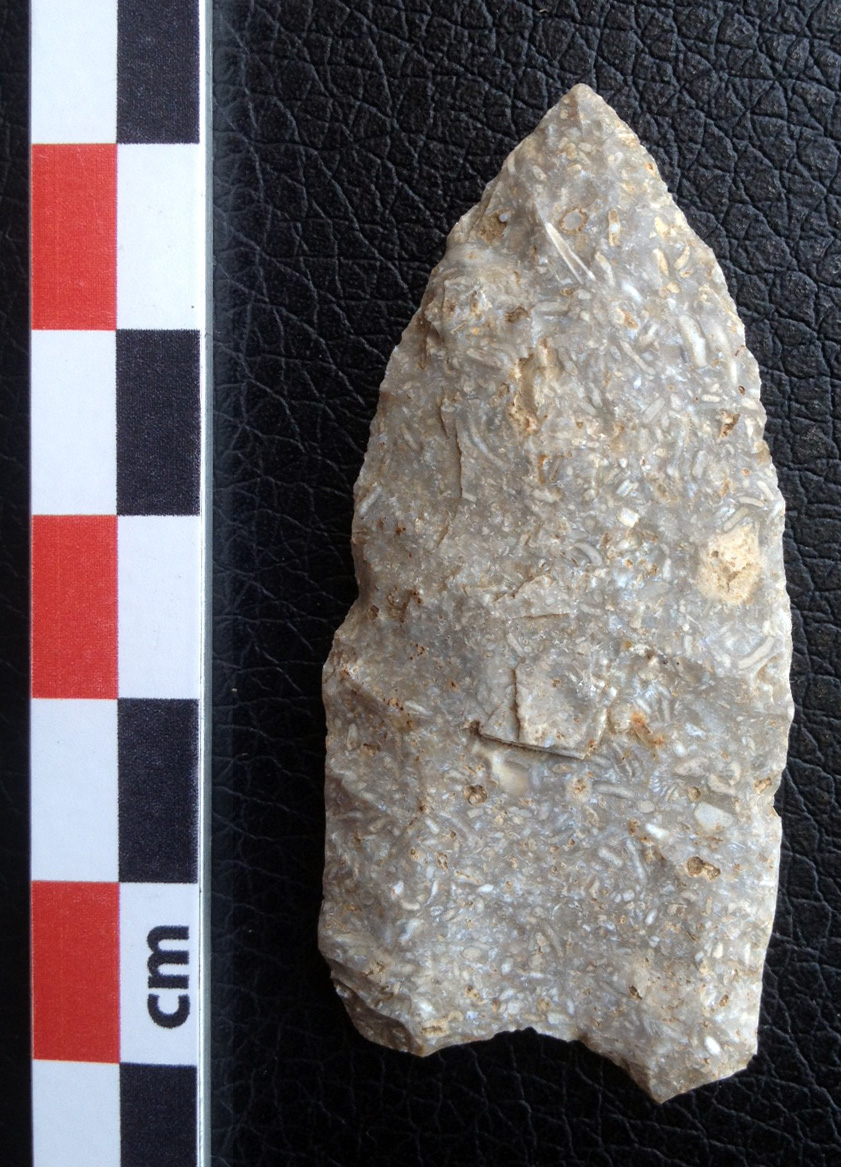 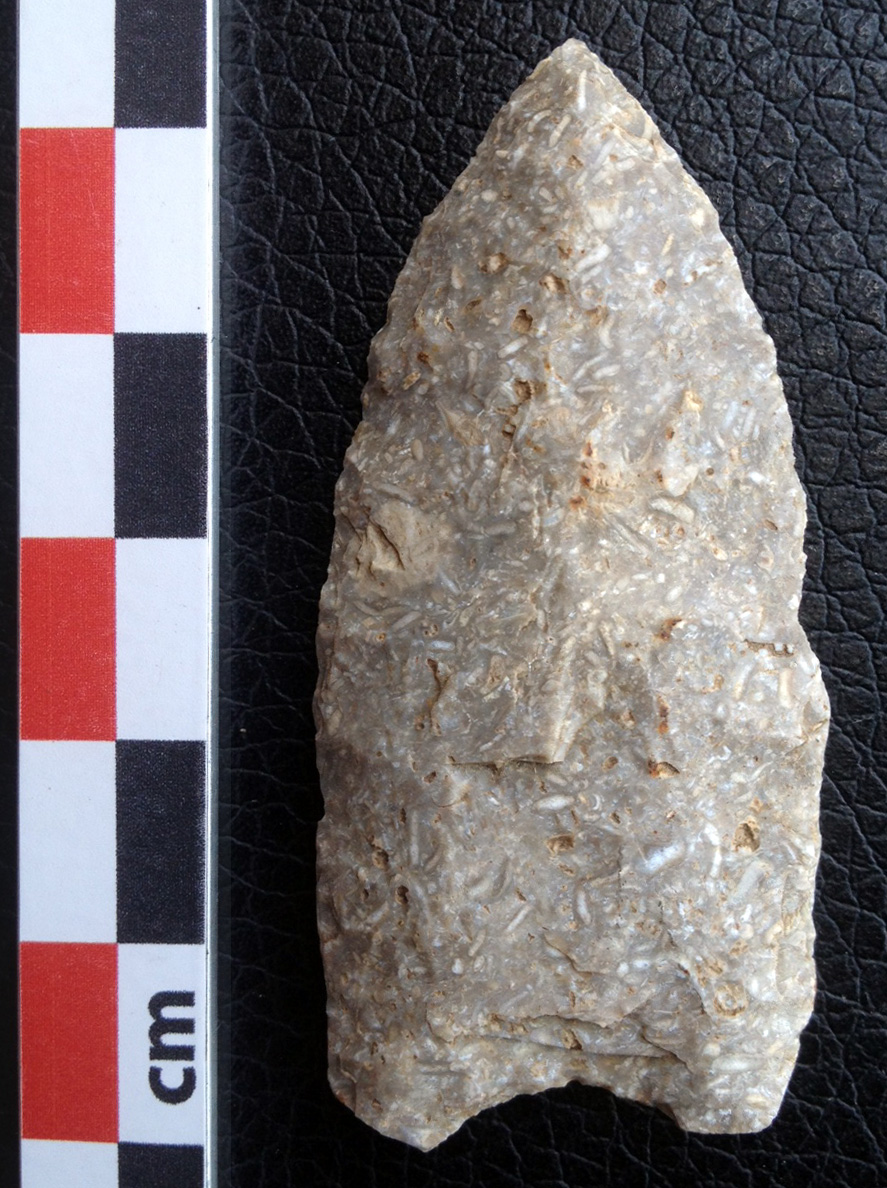 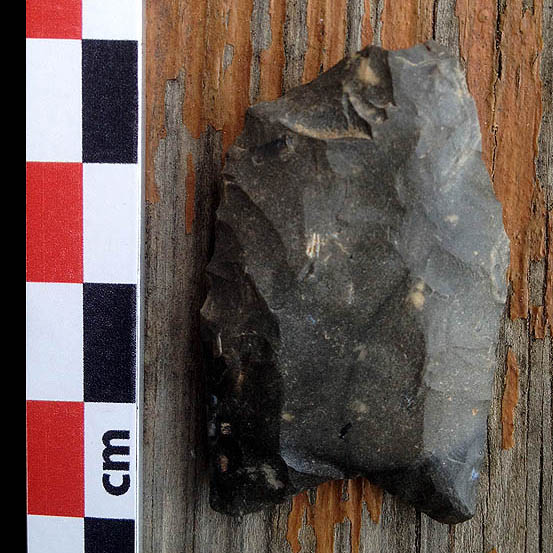 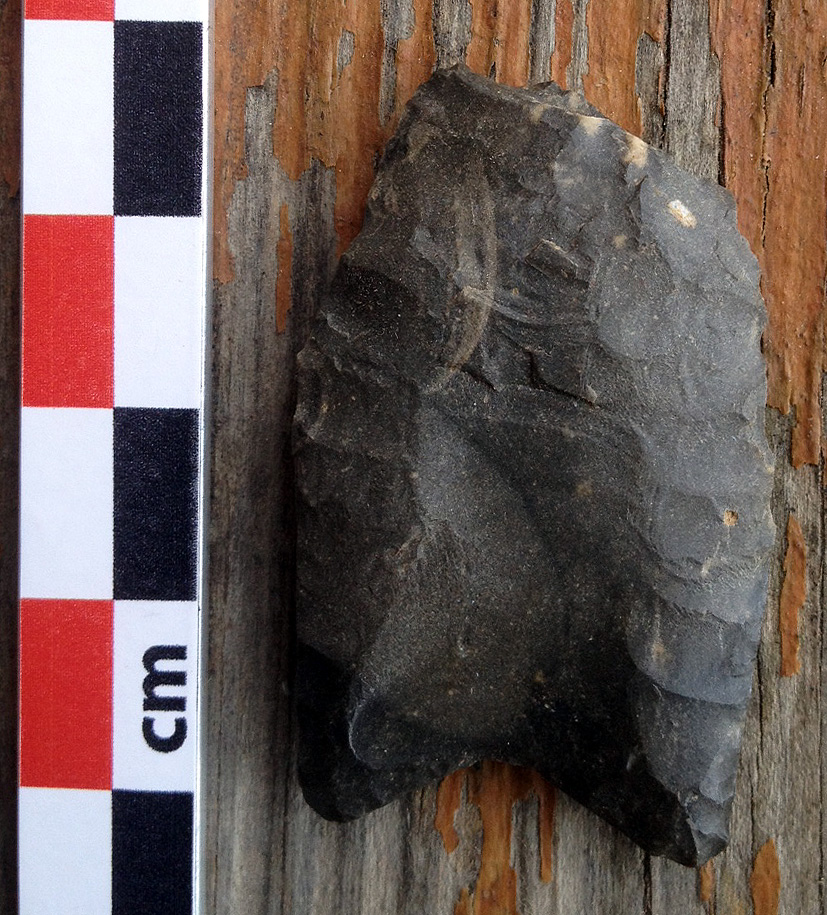 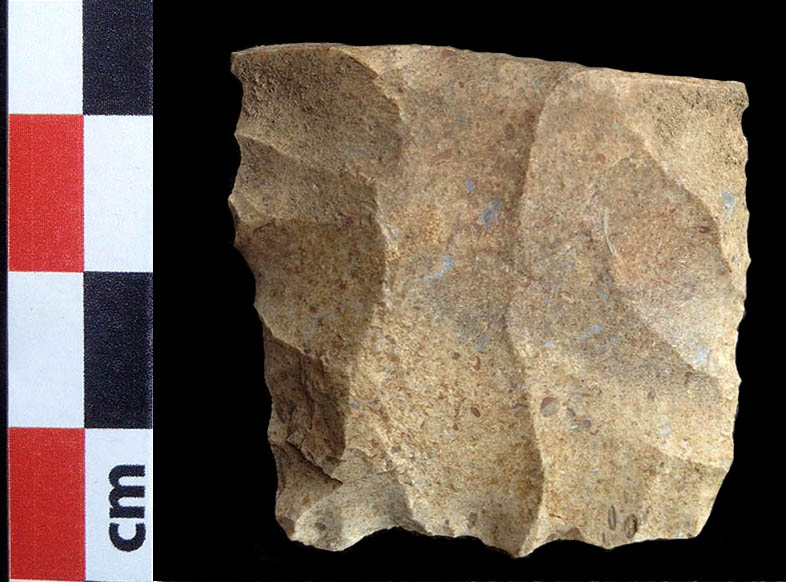 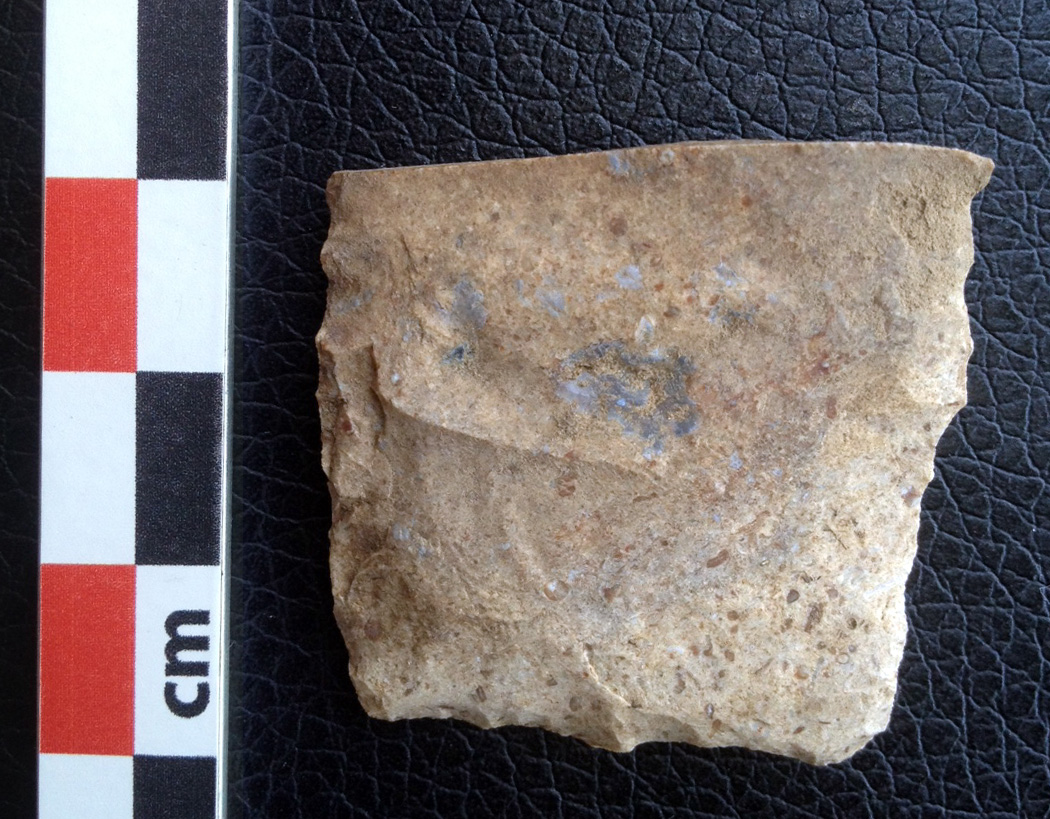 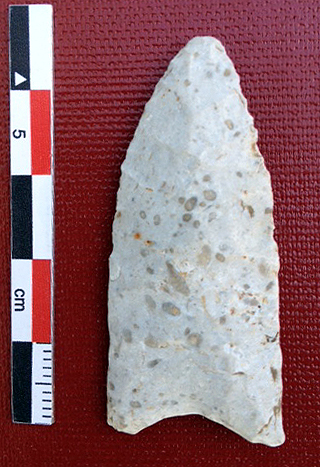 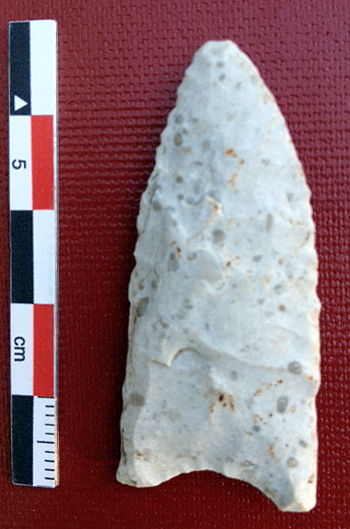 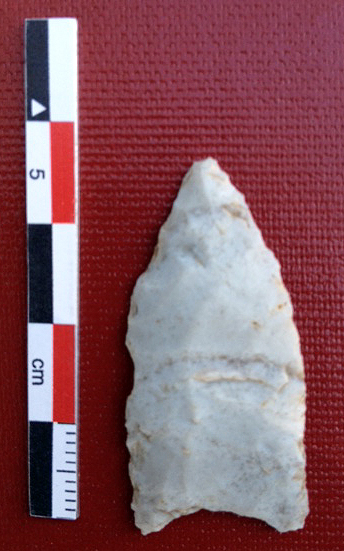 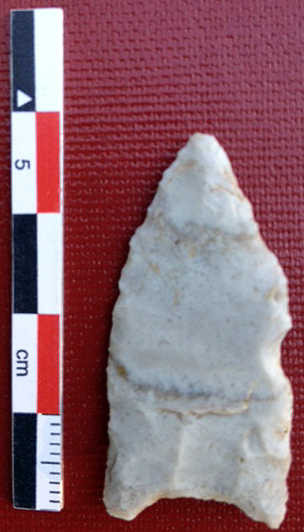 This website is designed for use by school children, amateur archaeologists and professional archaeologists. The identification of the site is very general because the site is not open to visitors or artifact collectors. An "estimated" age for the site is 9550 BC (based on parallels to excavated Clovis sites that have yielded charcoal for C-14 dating). The site was discovered by Mr. S. Peterson, an amateur archaeologist. Testing during 2013 recovered fire cracked rock; a sample "may" be used for a TL date (Thermoluminescence). 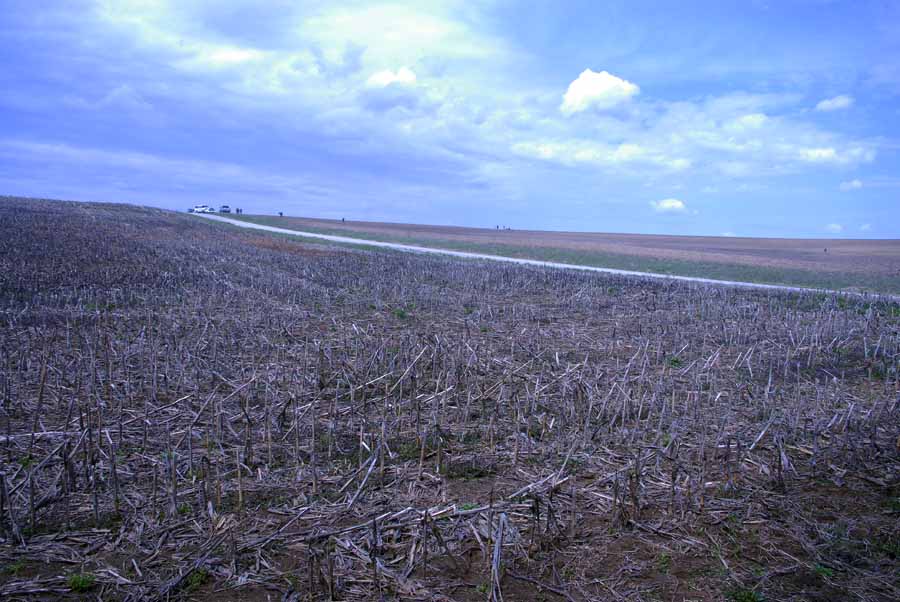 Archaeology team from St. Louis Community College testing the site during April of 2013; the STLCC fieldwork was a servive learning project for students enrolled in ANT 104. 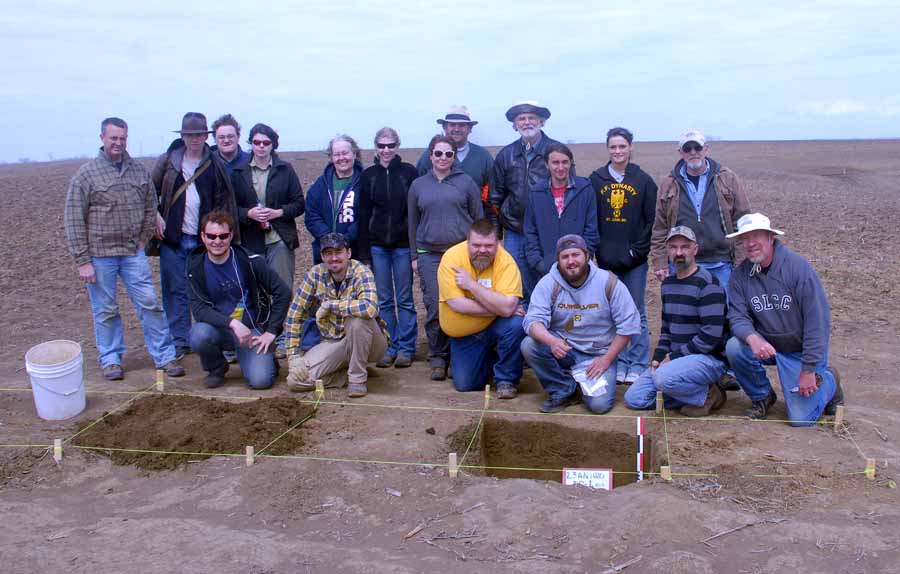 Archaeology students, Professors Abbott and Fuller (front row, far right) and Steve Peterson (back row far right) during the excavation of three test pites during April of 2013. Test pit 1 (right) is open while test pit 2 (left) had just been backfilled. Test pits 1, 2, and 3 were hand excavated and screened. Soil samples were taken for archaeobotanical analysis by Professor Monte Abbott. 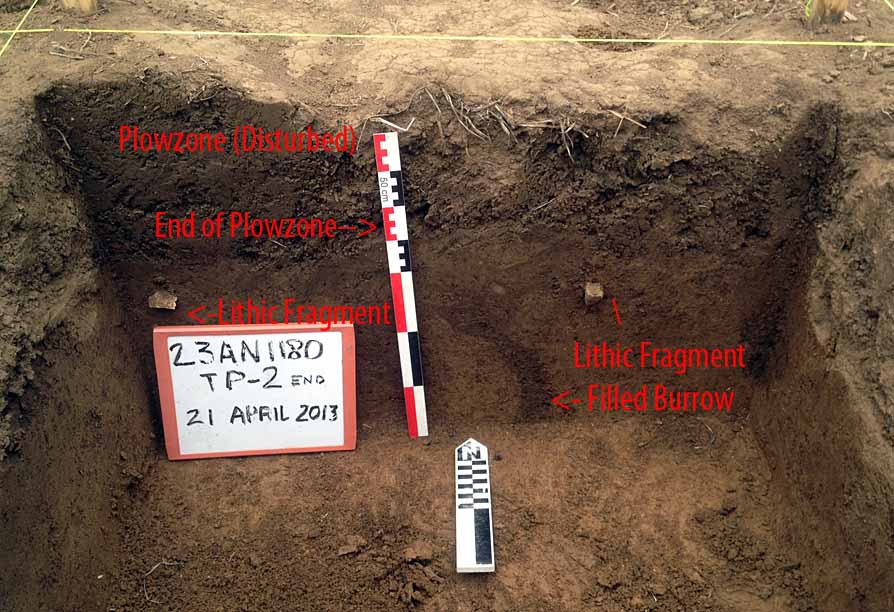 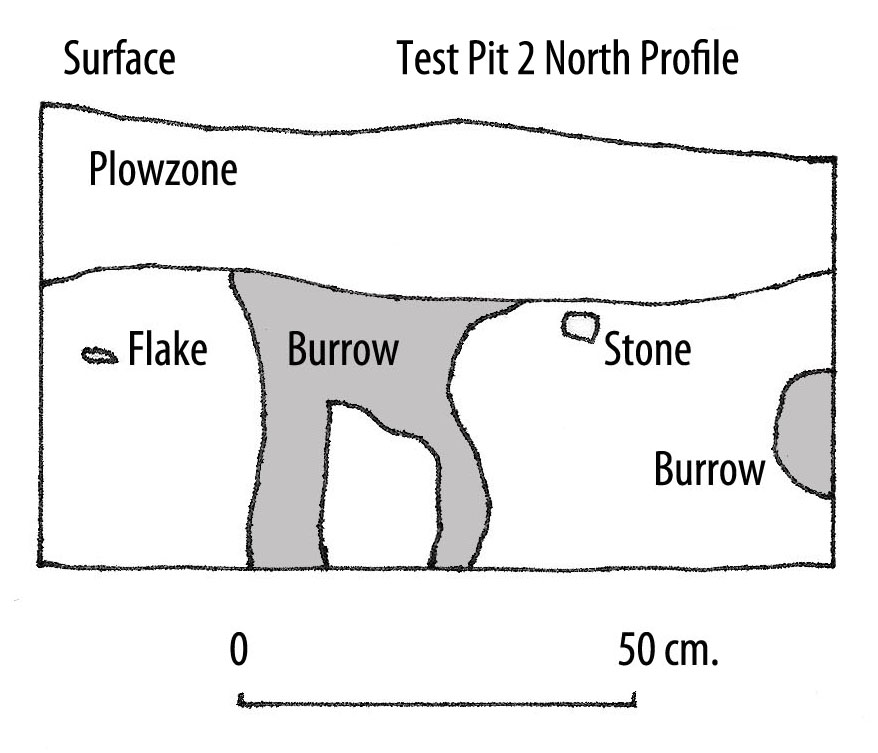 Plowzone, burrows, and two pieces of chert below the plowzone in Test pit 2. 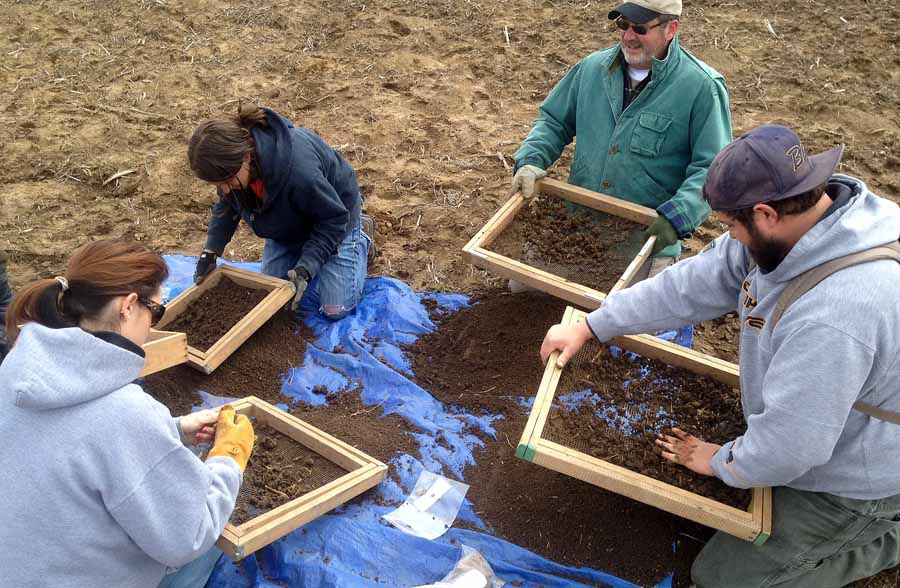 All fill (plowzone and undisturbed) was sifted in quarter inch mesh screens. 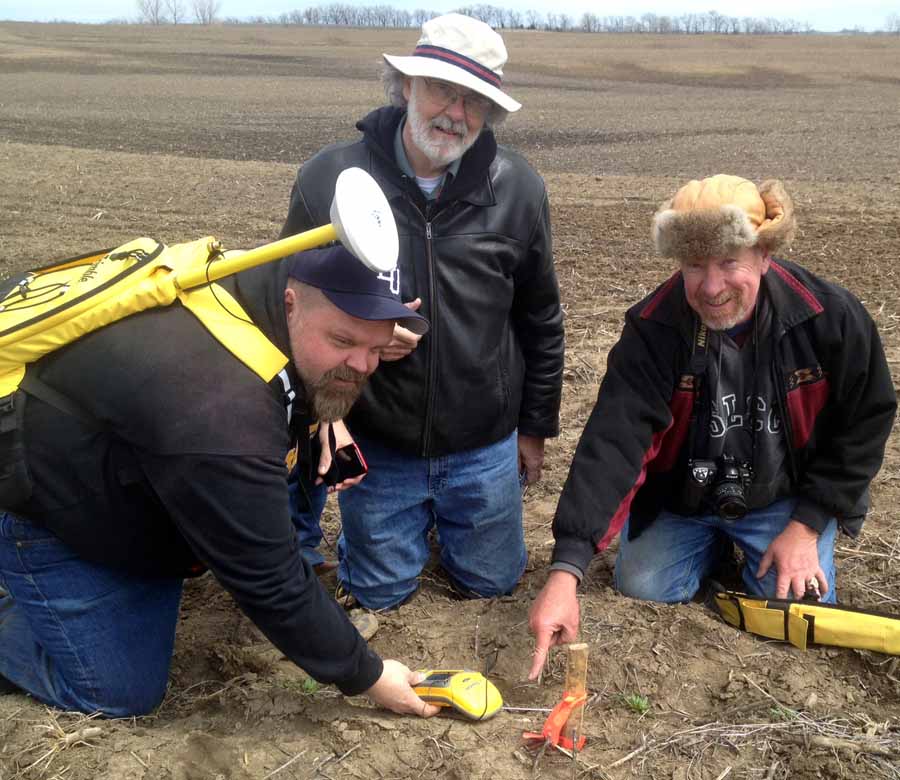 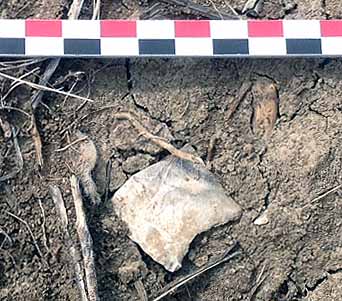 Daniel Brizendine (Lincoln University student in Jefferson City) uses a Trimble GPS system to map debris (in this case a projectile point base) while Thomas Ray and Professor Michael Fuller prepare to bag and tag the artifact. 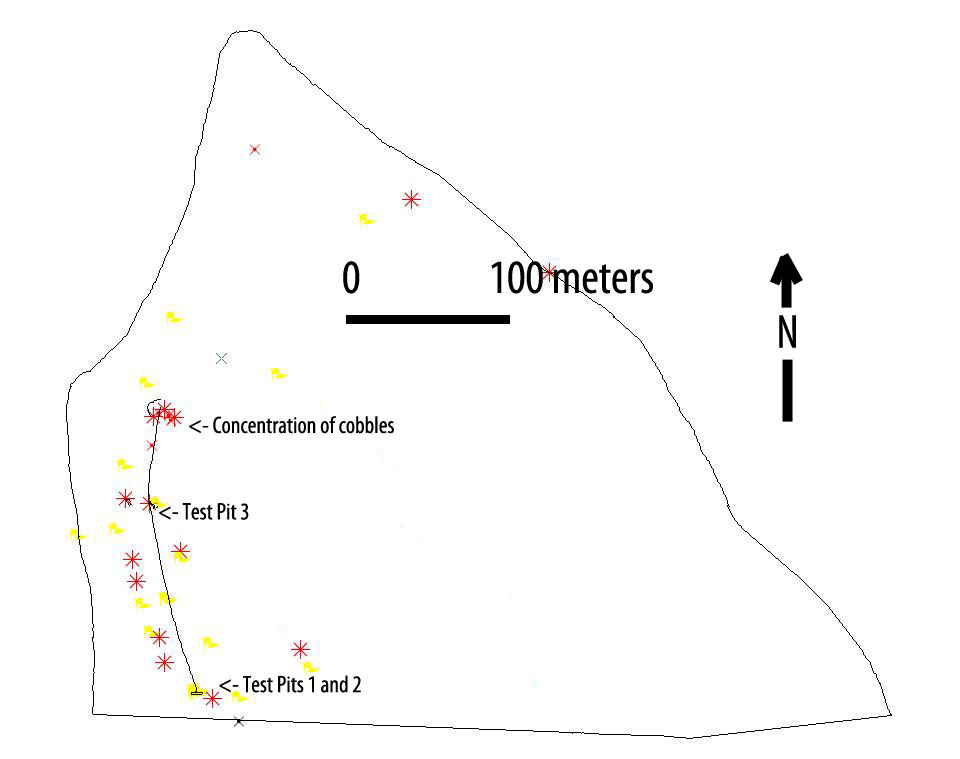 The site is not in the main Missouri River valley. It is situated several miles east of the main valley, on a high hilltop with a small seep spring situated nearby. The high elevation and nearby seep spring are landscape traits that it shares in common with the Martens Site near Chesterfield, Missouri. The Peterson site is in a very different landscape setting from the Kimmswick Site situated in Jefferson County, Missouri. Site size is esimated at 10 acres making it at least twice the size of the Martens site. 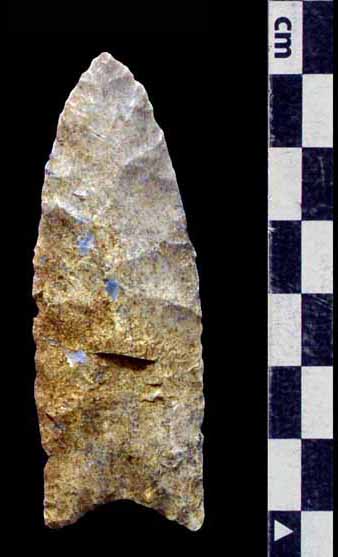 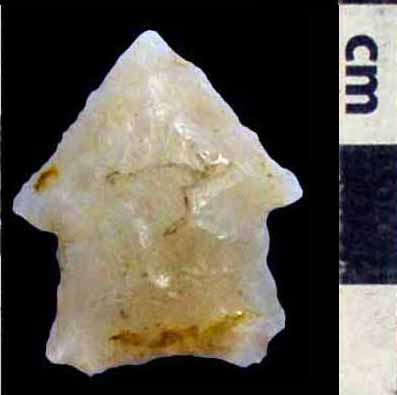 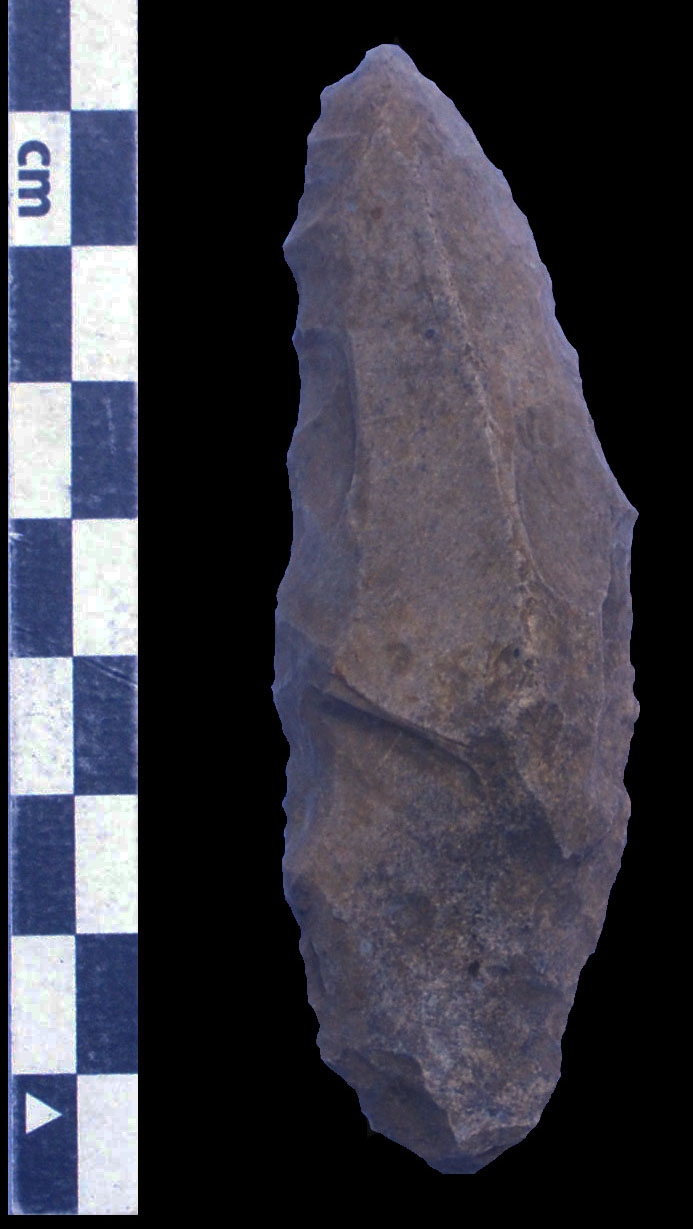 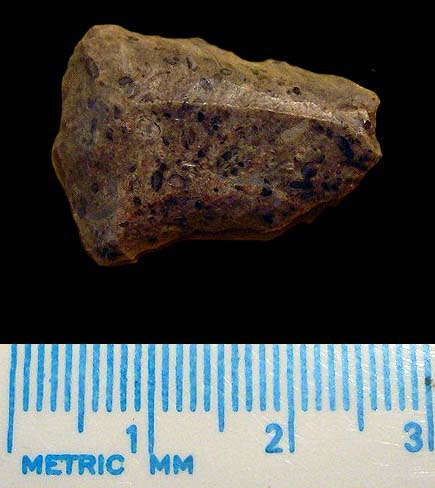 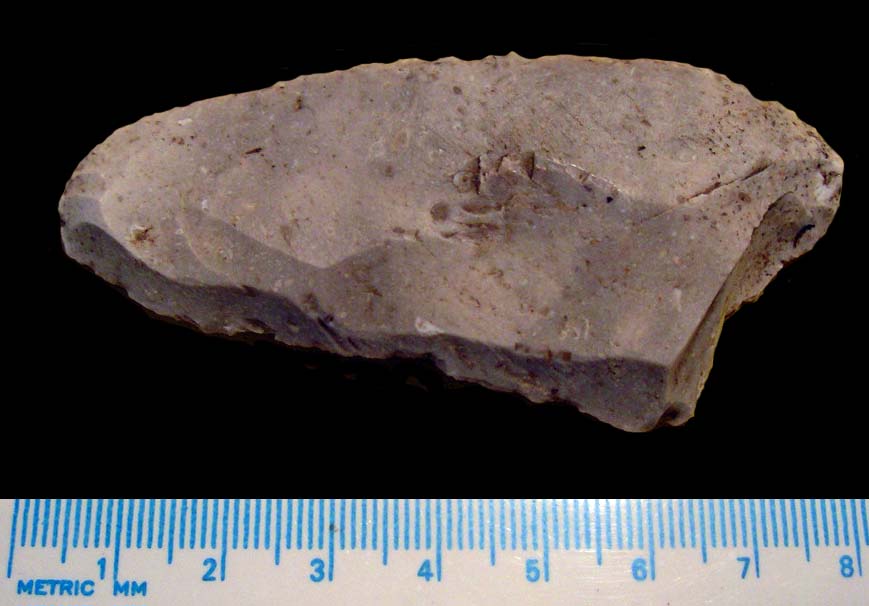 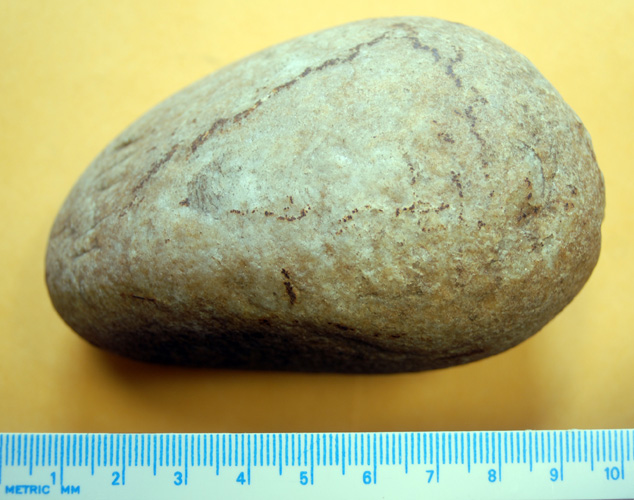 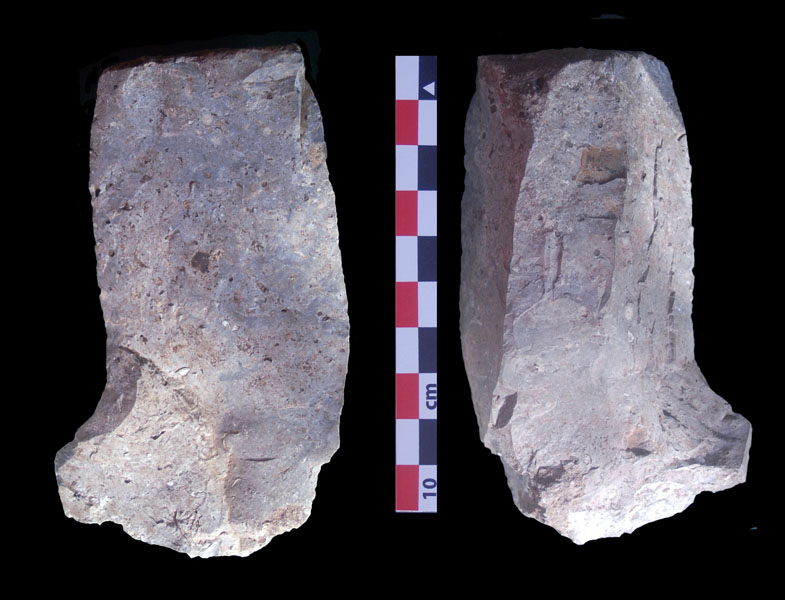 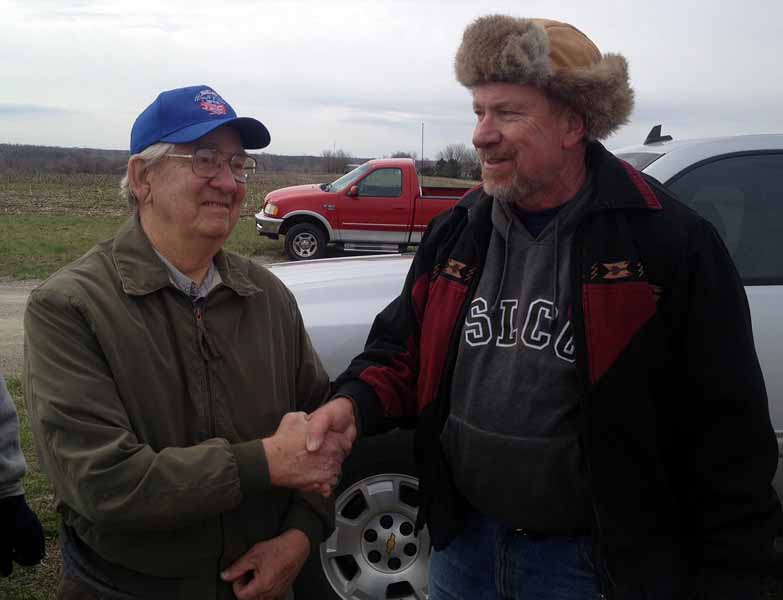 Mike Fisher (President Emeritus of the Missouri Archaeological Society) and Michael Fuller during the testing of the Peterson Site, 2013.