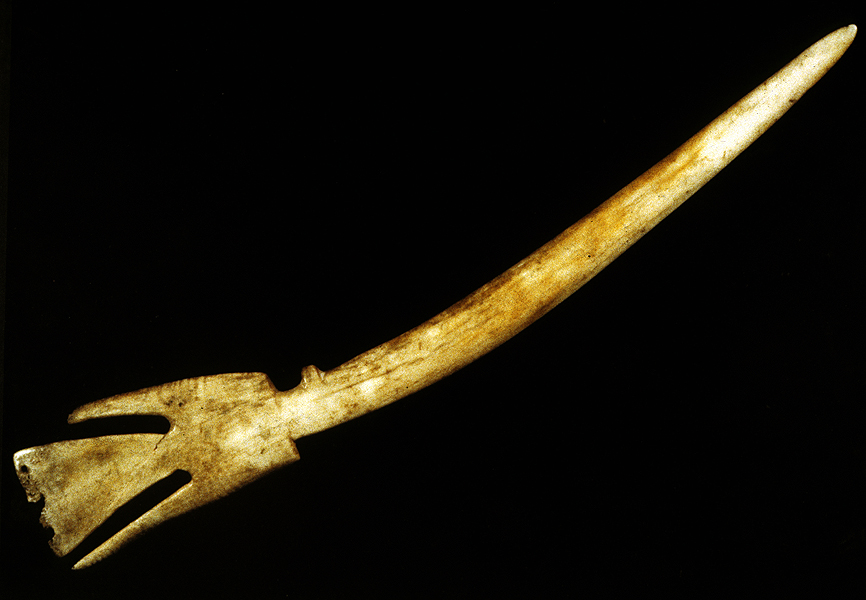 Carefully shaped bone pen discovered at the Boyce Mound and village site. The lower portion of the pen probably represents a thunderbird, eagle, or lark. 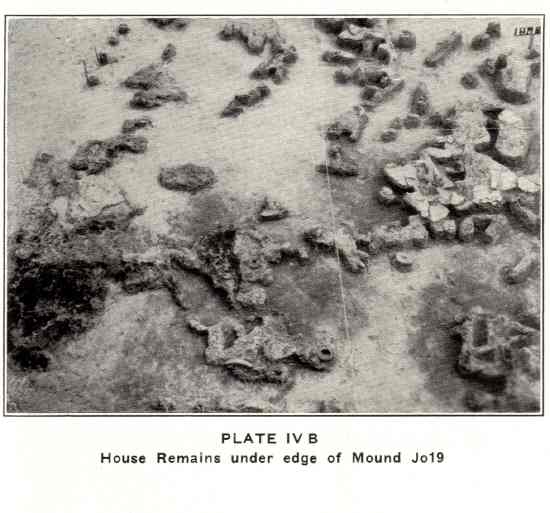 Robert McCormick Adams excavated at the Boyce Mound and village site on behalf of Works Projects Administration. The village measured approximately 400 meters by 50 meters as it followed the edge of a terrace. A cemetery of stone box graves was situated at the north end of the village and a mound was situated within the village area at a point approximately 100 to 150 meters south of the cemetery. The mound was only half a meter tall when investigated by Adams. Comments by the landowner and the tip lines within the mound indicate that it had been a steep sided mound of considerable height. Adams characterized the pottery from the mound fill as 78% shell tempered, and 22% limestone/clay tempered.

Remains of a rectangular house (Plate IV B) were discovered beneath the northeast corner of the mound. The house had burnt and partially preserved some of the wooden uprights and fragments of the daub-and-wattle, and thatch. The crushed remains of a large jar was discovered just west of the center of the structure. Two small jars were discovered in association with a mass of corn in the northwest quadrant of the house. A burnt circular feature in the north end of the house was interpreted by Adams as a fireplace. 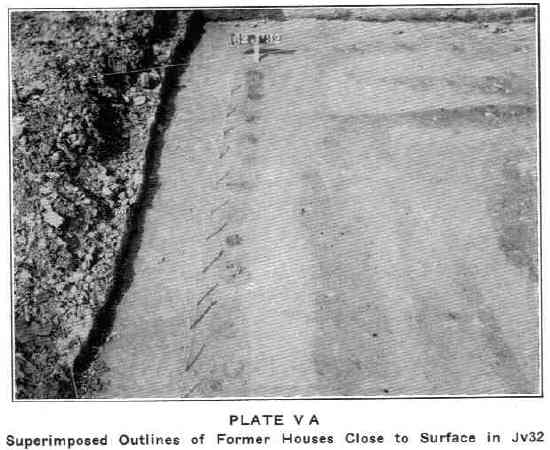 Adams discovered a series of superimposed wall trench houses in the area between the edge of the terrace and floodplain. A stemmed pottery handle (like a Tippets Bean Pot vessel) was found in the fill between the rebuilt walls. . 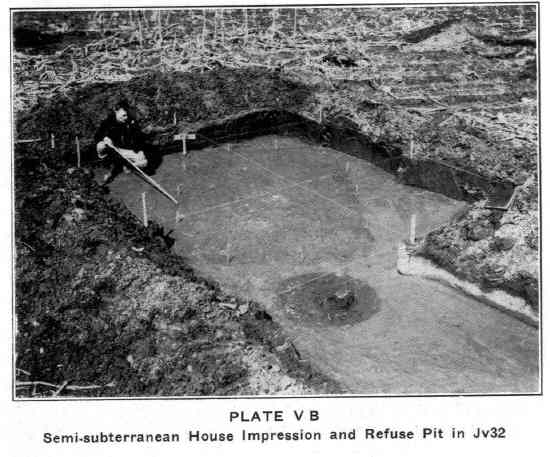 Adams discovered the outlinie of a pit house measuring 2.25 x 4 meters west of the wall trench houses. A circular storage pit/trash pit was immediately adjacent to the pit house feature.